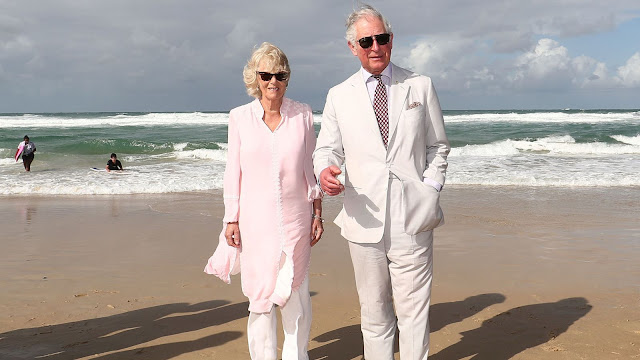 Still recovering from the devastating tornado and anticipating U. S. military action against their island and their ally Venezuela, the people of Cuba needed a refreshing pick-me-up this weekend, and they are getting it via a warm gesture from England. Sky News in the UK reports that Prince Charles and Camilla, the Duchess of Cornwell, are "ecstatic and emotional" about their upcoming 4-day visit to Cuba that starts on March 24th. It will be the first time a UK royal has visited the island. They will tour Havana "for sure but also other places, especially the south coast." Prince Charles, the future King of England, issued a statement to Sky News that said he and the Duchess were "tremendously excited" to fulfill a request from the UK government to visit Cuba "to highlight improving relations between the two countries." Many Brits believe that this startling news is also meant as a rebuke of the USA's "despicable" treatment of the Cuban people "in the not-so-veiled desire to regain dominance over Cuba." 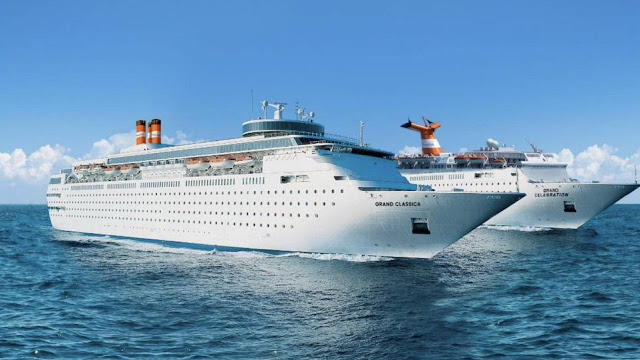 Of course, Cuba's relations with nearby Florida are not as good as they are with England. WPTV-NBC Channel 5 in West Palm Beach reports that the cruise ship Grand Classic left the Port of Palm Beach intending to dock in Havana at 7:00 A. M. yesterday -- Friday, Feb. 15th. But Viva Travels said, "Our ship was denied entry for unknown reasons although we had prior approval." The Cuban government didn't explain the blockage but it is aware of the stepped-up efforts by both the Trump administration and Florida's new Governor Ron DeSantis to create, foment, and lushly fund new dissident elements on the island. 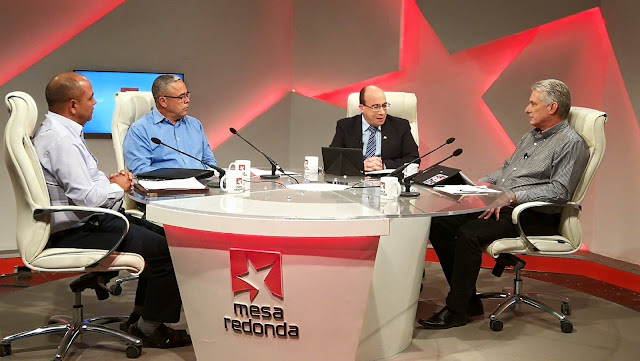 Meanwhile, Cuba's new President, Miguel Diaz-Canel, is living up to his promise that both he and his Ministers would appear regularly on Cuban television programs to report on "what we are doing...if anything...to do the work that the people expect us to do. Then the people from their own observations can judge us." Diaz-Canel is shown above on the right appearing on the popular "Round Table" program. He mostly updated the island on the recovery effort related to the recent tornado that destroyed or severely damaged thousands of Cuban homes. Asked about Cuban intelligence reports that the U. S. military has been active on bases in Puerto Rico and the Dominican Republic, Diaz-Balart said, "Our main focus will always be to defend the people. Right now my focus is recovery from the tornado. Whatever lies ahead, even eminently, that will remain our focus. The Revolution's motto is to always make sure the verdict is decided on the island, not in some safe haven hiding behind a superpower screaming epithets at us. With that firm philosophy, we will live with whatever outcomes evolves." Asked if the "new U. S. threat" was about to replace the tornado as top priority, Diaz-Canel replied, "The tornado recovery will be replaced by the overall priority, which is improving the economy with an emphasis on market reform and investments." 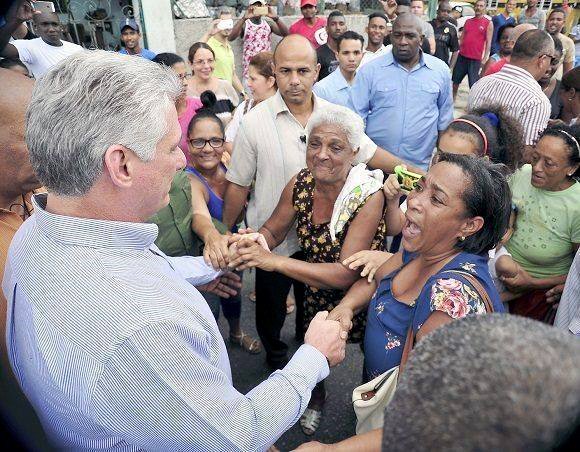 As the island's former Education Minister, Miguel Diaz-Canel was very popular with everyday Cubans...and he still is as President. But he seems aware that both his popularity and the fragile island's survival "as an independent nation is threatened every day -- by the United States, by nature, and by the need to improve our economy." 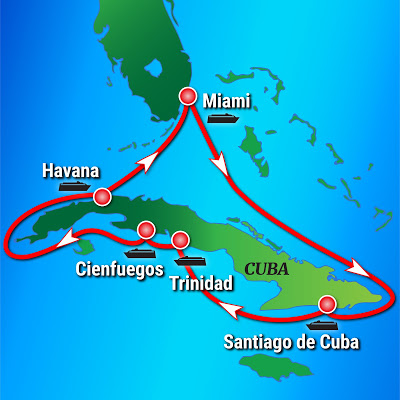 To appease what President Diaz-Canel called "some Miami Cubans," Cuba is aware that President Trump in a few days will speak in Miami "to assure the usual Cubans" that: {1} The U. S. has people like legendary Bush-era imperialists Elliott Abrams and John Bolton searching for excuses to attack Cuba; and {2} the U. S. will return Cuba to the State Department's Sponsors of Terrorism list to further tighten the Miami-to-Miami circle around the island and, of course, to be better able to sue unrepresented Cuba while also extracting even more tax dollars than already flow daily in the vast pipeline from Washington to Miami. When President Diaz-Canel was asked if those are the "next two items" he expects from "Trump and Rubio," he paused, looked down for a few seconds, and then said, "I know what the rest of the interested world knows about those two things."