And Hurts Americans & Cubans Too!!! 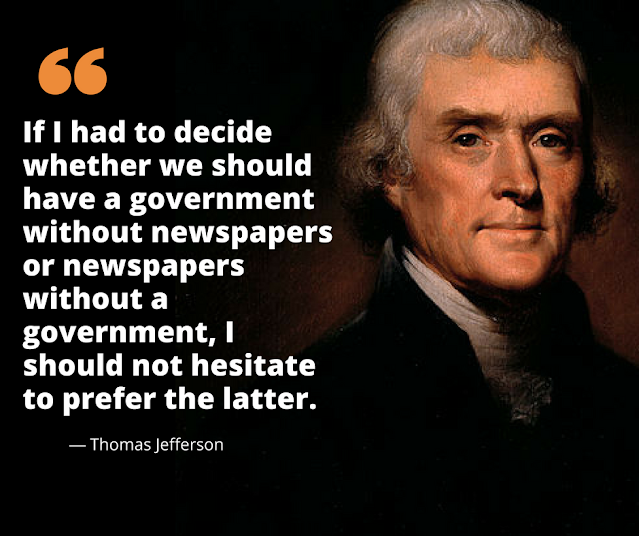 The man who wrote the U. S. Declaration of Independence in 1776 was fearful of one PARTICULAR THREAT to his Democracy. And as you see above, Thomas Jefferson considered a mass media that American citizens would not trust would be the biggest threat to the nascent United States democracy. For about 240 years, most Americans did trust the U. S. media...but NO LONGER is that true in the USA. 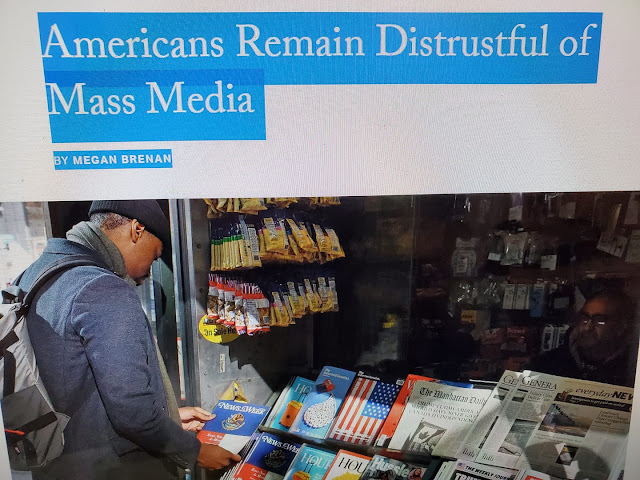 As the most notable Founding Father of the U. S. democracy, Thomas Jefferson's greatest fear has become true; in recent years Americans have increasingly become "DISTRUSTFUL" of the "Mass Media" in the United States. The headline and article shown above referred to what the Gallup Poll and the other major U. S. Polls are revealing. Like most Americans, for years I trusted the most iconic U. S. media sources -- such as the..New York Times, Washington Post, NBC, CBS, ABC, CNN, MSNBC, Fox, etc. BUT NO LONGER!! The U. S. democracy changed drastically, for the worst, in 2011 when even the Supreme Court permitted ultra-billionaires such as Jeff Bezos to buy important print media sources such as the Washington Post...and ultra-billionaire corporations such as Comcast, A T & T, Disney, etc., to buy important television media sources...and for ultra-trillionaire tech companies such as Facebook, Google, Twitter, Microsoft, etc., to become ultra-powerful and unchecked media sources. Of course, if the U. S. democracy allowed this to happen in the HOPE that such billionaire-trillionaire owners of the U. S. media would be honest and "TRUSTFUL" owners of the mass U. S. media...well, such hope has resulted in a propaganda-obsessed mass media in the U. S. that most Americans surely don't trust!! While many conservative sources such as the the NY Post, Fox, OAN, Newsmax, etc., are owned by rich conservatives, the biggest threat to the U. S. democracy today is the extreme left-wing U. S. media that is now owned by the most ultra-richest individuals and corporations such as those mentioned above. {Disclosure: I am a lifelong liberal but, like most Americans, I am appalled by the extreme wealth that owns and dictates extreme left-wing views via the mass U. S. media in the USA. Yes, "Americans Remain Distrustful of Mass Media." And that distrust, I believe, has become the biggest threat to the U. S. democracy...and I believe that THOMAS JEFFERSON would agree with that fact. 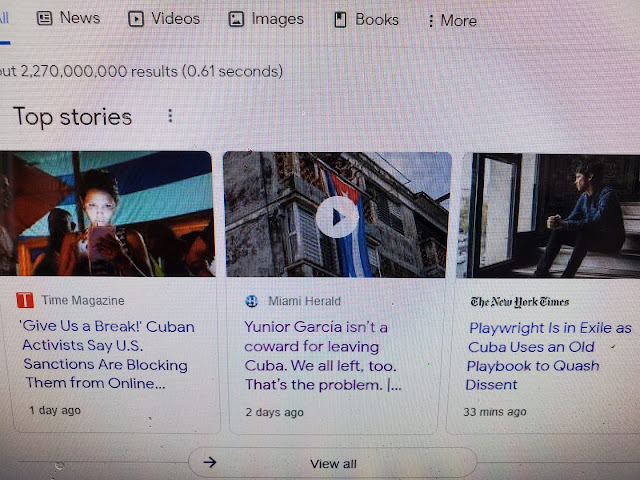 And for example, today is Sunday, Nov. 21-2021 and the headlines in the U. S. today regarding the topic of Cuba, as always, reflect the U. S. media's extreme anti-Cuban propaganda...as shown above today from...Time Magazine, Miami Herald, and The New York Times. Such extreme propaganda masquerading as trustful news is a threat to the U. S. DEMOCRACY and an insult to Americans and Cubans, I truly believe. 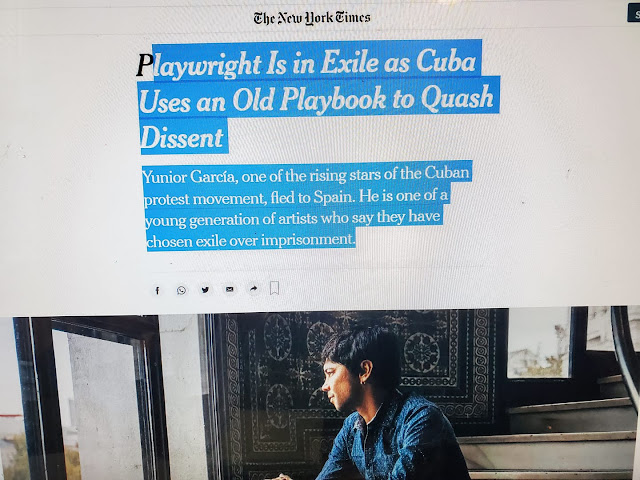 When once iconic and trustworthy news sources as the New York Times invariably now dispense only their extreme left-wing propaganda, it is an example of what is the biggest threat to the U. S. democracy, as Thomas Jefferson would probably have recognized if he was alive on November 21, 2021. Above is today's typical U. S. anti-Cuban propaganda concerning a key subject, Cuba, today. 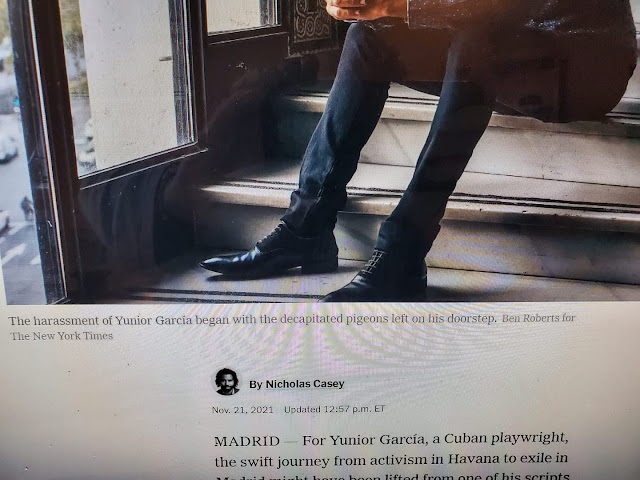 This week in November of 2021 the latest highly publicized coup designed to overthrow Cuba's revolutionary government simply fizzled out quickly and the leader quickly flew to Madrid to resume his dissidence from other capital cities not named Havana. In promoting the latest coup and its aftermath, the DISTRUSTFUL and propaganda-obsessed U. S. media, as usual, told Americans only the views of the top anti-Cuban dissidents without a mention of how most Cubans on the island appear to strongly oppose such coups...the same such OPPOSITION since 1959 that apparently counts for Revolutionary Cuba's incredible longevity for the last six+ decades. 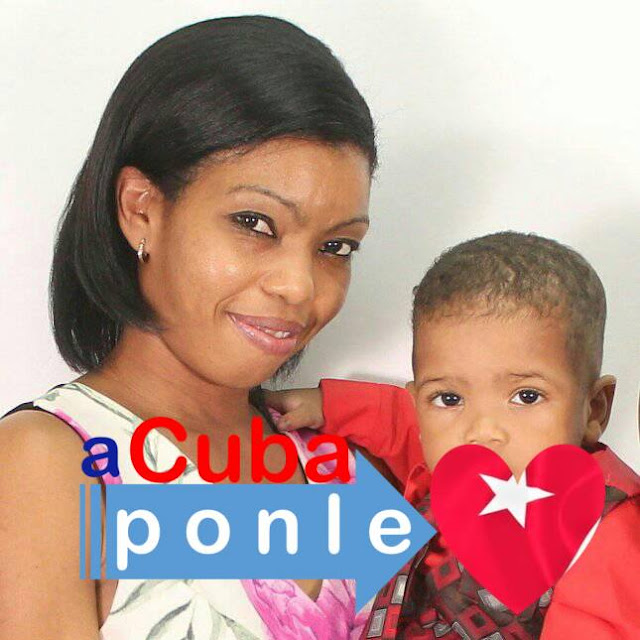 For example!!!: The mother shown above lives in Cuba and her name is Arianny. Like most Cubans on the island, Arianny strongly opposed this week's coup because she believed it was supported by foreign forces she opposed. The New York Times, of course, will never mention the views of Cubans such as Arianny but such mass U. S. media sources will make super-heroes of Cuban dissidents such as Yunior Garcia...while leaving Americans wondering how such coups like his repeatedly fail!!!! 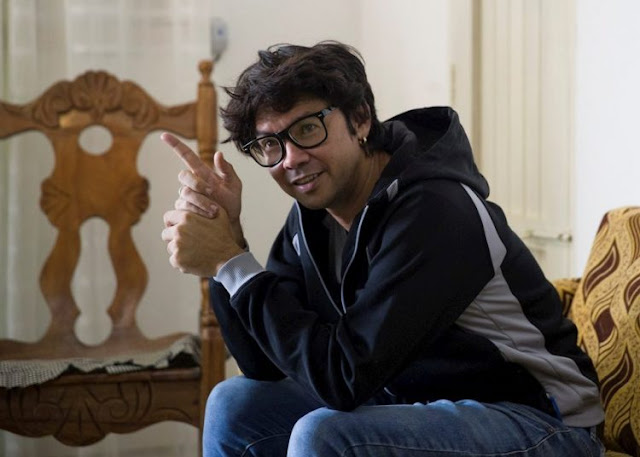 The mass media in the U. S. has anointed Cuban dissident Yunior Garcia as a Super-Hero. WONDERFUL. This is because he is a dissident and he thus computes with the Cuban propaganda promoted by the U. S. mass media. 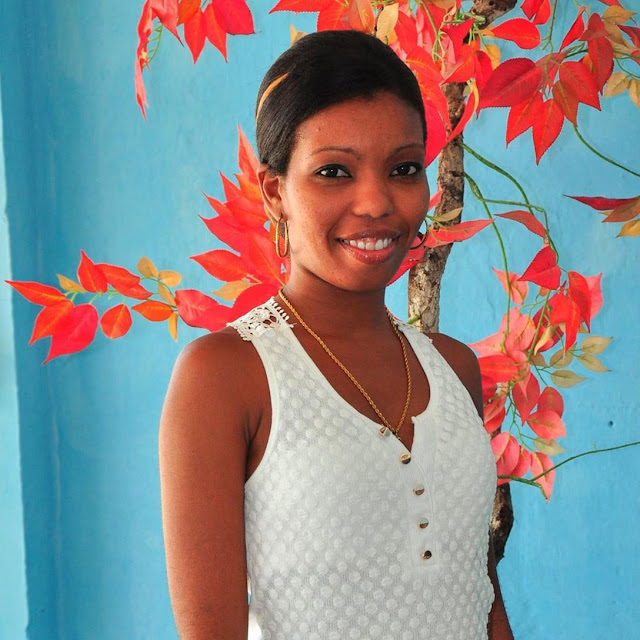 But the U. S. media doesn't care about ARIANNY because she is NOT a dissident. Arianny was born and still lives & works in the town of Guantanamo next to Guantanamo Bay, Cuba. Arianny supports Revolutionary Cuba and opposes coups. When and if the mass media in the United States admits that people like Arianny live in Cuba and actually have opinions, perhaps the mass media in the U. S. will begin to regain the "trust" that it once had, and that Thomas Jefferson in 1776 envisioned for it!!!