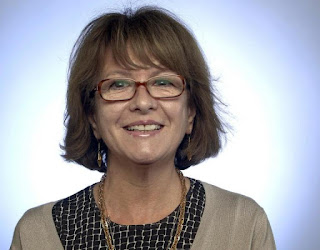 As the mainstream U. S. media, unfortunately, has evolved mostly into either fierce left-wing or fierce right-wing propaganda dispensers, there remains few journalists within the bowels of the U. S. democracy with both the integrity and the courage to report fairly regarding Cuban issues. Fortunately, Tracy Wilkinson remains a brilliant mainstream journalist at the left-wing mainstream Los Angeles Times that still has the integrity and courage to report fairly on Cuban issues. Today -- October 18, 2021 -- Tracy Wilkinson penned a fair and unbiased article pertaining to Cuba, which is a rarity in the U. S. in these days. 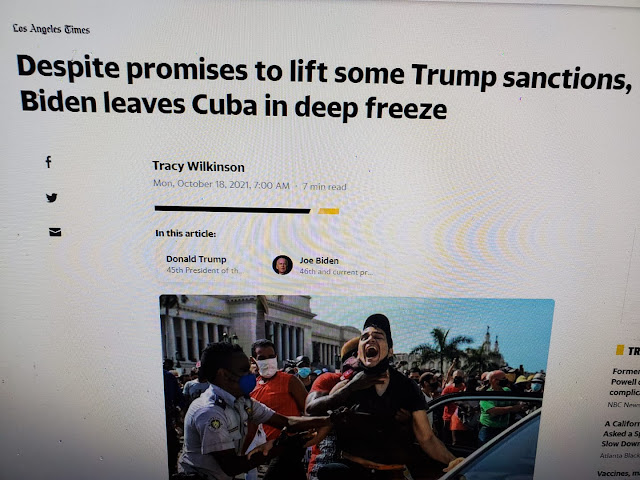 Above is the Tracy Wilkinson article today in the Los Angeles Times regarding Cuba. Because it fairly updates the U.S.-Cuban conundrum, it does something that rarely the U. S. media offers, which is a opinion of a Cuban that is not a Counter Revolutionary Cuban from Miami or the U. S. Congress. 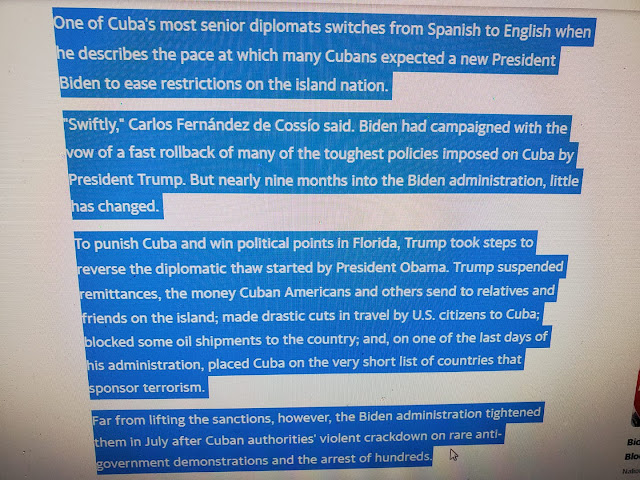 Above is the start of Tracy Wilkinson's article in the Los Angeles Times today -- October 18th-2021. While discussing the drastic fact that the Democrat President Joe Biden has continued the Republican President Donald Trump's genocide on Cuban families on the island, this article, incredibly, has the courage to quote an important, very decent Cuban official about Biden's continuation of Trump's draconian starvation policies against Cuban families on the island to appease the extremist Cuban-Americans who benefit so drastically, politically and economically, from the ageless and lucrative {since 1962) Embargo/Blockade of the Caribbean's largest island nation. 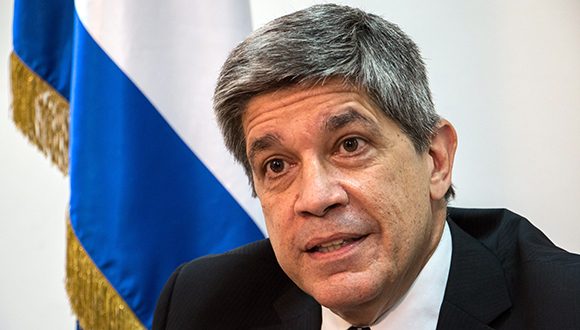 The highly respected and important Cuban official incredibly permitted to be quoted in the article today is Carlos Fernandez de Cossio, the head of Cuba's embassy in Washington. When the Obama administration tried to normalize relations between the U. S. and Cuba, President Obama thought de Cossio was the perfect Cuban ambassador in Washington and the respected and very decent Jeff DeLaurentis was the perfect American diplomat to head the reopened and fully staffed Embassy in Havana. That decency prevailed until Trump replaced Obama and returned Cuban policy back over to extremist benefactors like Senator Marco Rubio...who quickly sacked the great diplomat DeLaurentis and then gutted both de Cossio and his staff in Washington as well as what had been DeLaurentis's staff in Havana. Of course, a Trump-supporter soon stood outside the Cuban embassy in Washington and fired a blistering series of high-powered rifle shots on and inside the building while de Cossio had to duck for cover on the floor. Also, Trump -- dictated to by the anti-Cuban extremists -- activated Title 3 of Helm-Burton, a section that not even President George W. Bush, who was totally dictated to by Little Havana extremists in Miami, refused to activate because even Bush believed it was TOO GENOCIDAL to be activated!! But of course, neither the U. S. media nor the U. S. citizens were supposed to object about such things as the genocidal Title 3 or the rifle shots that were aimed at a great diplomat, Ambassador Carlos de Cossio. Many rich Cuban-American business owners and executives in Florida greatly admire de Cossio and, during the end of Obama's administration, often invited de Cossio to speak at business meetings in Florida designed to help both Americans and Cubans. But de Cossio, as much or more than anyone, understands the transition from Obama's decency to TRUMP'S genocide against Cuban families on the island. At least the aforementioned article in the Los Angeles Times permitted de Cossio -- in a rarity in the U. S. democracy -- to be quoted on the current primary Cuban-U.S. issue, which is...Biden's presidency displacing Obama's decency toward Cuban families while opting to follow Trump's genocidal approach. 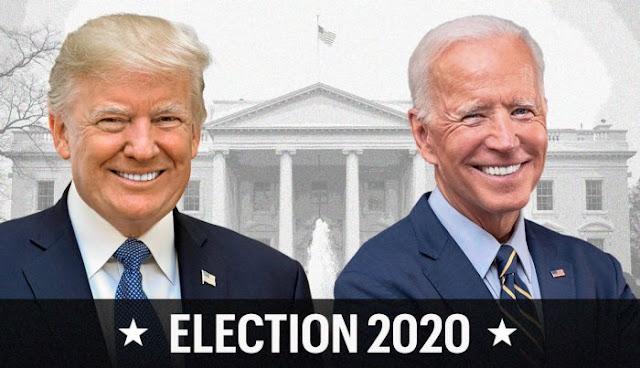 So the presidential election in 2020 that replaced the Republican Trump with the Democrat Biden was expected to replace much of the Trumpian genocide against Cuban families on the island, but it simply hasn't happened. That fact shows the growing grip that money has on both of the USA's two political parties -- the Republicans and the Democrats. Biden's flagrant departures from President Obama's Cuban sanity and decency  reveals, I believe, as much disaster for the United States as it does for Cuba. 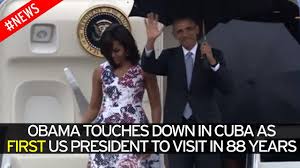 In 2016 Barack Obama became the first sitting U. S. President "in 88 years" that had both the courage and the decency to fly to Cuba and show decency to the Cuban people on the island. Joe Biden for 8 years was President Obama's Vice President. That's why many people believed that Biden, as President in 2021, would also show some decency to Cuban families on the island, but, while Republican Senator Marco Rubio was Trump's Cuban dictator, it is now apparent that Democrat Senator Bob Menendez is Biden's Cuban dictator.

And so...in October of 2021 President Biden is making a liar out of President Obama's sacred promise he made to the Cuban people in 2016: "Cuba Does Not Need To Fear A Threat From the United States." Unfortunately for Cuba and for the United States, the twelve words shown above constitute a blatant U. S. lie now...and no one will ever be held responsible for it, of course. 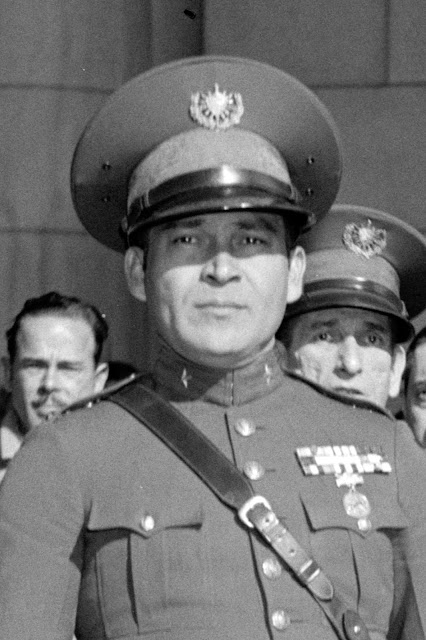 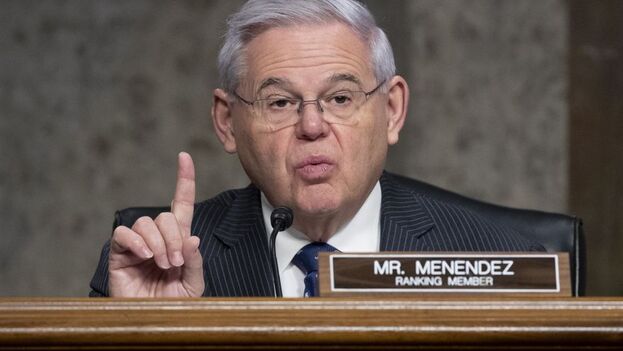