NO U. S. Problems

Except Cuba, of course!! 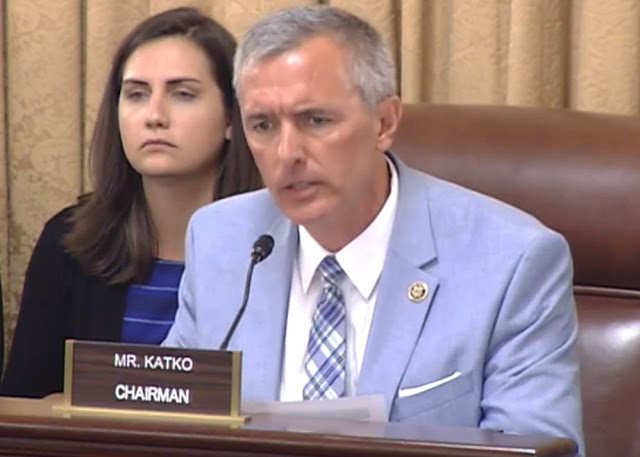 John Katko is a fierce anti-Cuban zealot from New York. Unfortunately he is in the U. S. Congress. Yesterday -- Sept. 14-2016, as shown in this C-Span image -- Mr. Katko spent an inordinate amount of America's valuable congressional time berating and bullying the over-matched Huban Gowadia, the Deputy Administrator of the Transportation Security Administration. Mr. Katko was and is outraged that back on August 31st jetBlue made the first commercial flight to Cuba since 1961. Still fuming about that historic breakthrough, Mr. Katko excoriated Mr. Gowadia because the TWA didn't have nearly enough {or any} armed Air Marshals on the flight to the forbidden Caribbean island. Mr. Katko bellowed, "You misled the American public when you issued that press release saying it was going to be on select Cuban flights! Not having Air Marshals on Cuban flights is not a good idea! We need collaboration instead of obfuscation!!"
What "we DO need" is collaboration to expose the congressional obfuscation related to the endless decades of punishing innocent Cubans on the island in the guise of "hurting CASTRO" or in the even more transparent guises of enriching and empowering anti-Castro zealots in the United States. As far as a small but definitive and usually unchallenged band in the U. S. Congress is concerned, Cuba is by far America's biggest problem, far ahead of the combined threats posed by ISIS, Zika, natural disasters, crime-ridden U. S. cities, a dilapidated infrastructure, the heroin epidemic, the current 8-day military exercises teaming Russia with China in the volatile South China Sea, the vast disparity between the rich and poor in the U. S., North Korea's increasing nuclear threat, etc., etc. "Let's forget all these minor problems and concentrate our time, resources, and energy on recapturing Cuba!!" Mr. Katko is one reason Congress has an approval rating in the single digits, according to a recent poll, but it seems irredeemable because Americans across 50 states, including most of New York, can't vote to boot the likes of Mr. John Katko off the public payrolls...as least far enough away from Washington so Congress can at least get a double-digit approval rating. 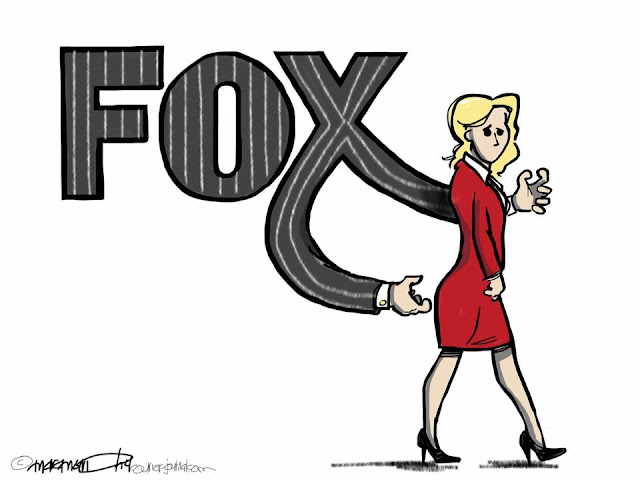 This is the best comment I've seen on the sex scandal that is roiling the Fox News Network. The talented artist is Marc Murphy, the truly great Editorial Cartoonist for The Louisville Courier-Journal.