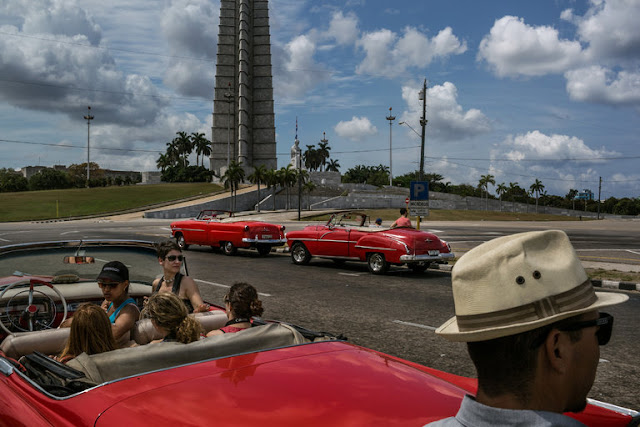 More and more Americans, and not just Cuban-Americans, can now fly easier and more normally to the Caribbean's largest and most intriguing island -- Cuba. That's because, as of this first week of September in the year 2016, commercial flights from the U. S. to Cuba have resumed for the first time since 1961, thanks to President Obama's bold and audacious efforts to normalize relations with the nearby island. For decades, after the U.S.-backed Batista-Mafia dictatorship was overthrown only to chase the leadership to U. S. soil, regular Americans have been the only people in the world without the freedom to travel to Cuba. Mr. Obama has courageously sliced into many of those undemocratic restrictions too. The photo above was taken by Mauricio Lima and shows a not uncommon passel of red 1950s-era convertibles taking tourists around Havana's Revolutionary Square. This image was used to highlight an informative article by Victoria Barnett of the New York Times that recapped Wednesday's historic flight by jetBlue Airlines from Fort Lauderdale to the central Cuban city of Santa Clara, erasing the 55-year-old ban of commercial flights from the U. S. to Cuba. The article was entitled: "How to Go to Cuba Now." The first two paragraphs said:
"Once off-limits to most Americans, Cuba became just another stop on JetBlue's international network on Wednesday when the airline began operating the first direct commercial service between the United States and the island since the early 1960s.
"In the next few months, several airlines will join JetBlue, offering service to a handful of Cuban provincial cities and, eventually, to Havana. American travelers will no longer rely on expensive, poorly serviced charter flights to reach the Caribbean's largest and, arguably, most intriguing island."
Victoria Barnett's article explained in detail the new Obama-related parameters for Americans to travel to Cuba. She mentioned that the U. S. embargo of Cuba -- dictated for many decades by Cuban-American hard-liners and their acolytes in the U. S. Congress -- still places strict restrictions on American travels to Cuba, except for the many special privileges allotted to Cuban-Americans, but President Obama has created some special avenues to circumvent or at least ease the bans. Ms. Barnett wondered who would be on the look-out in Cuba to make sure Americans had complied to all the bans, and the answer she got was, "No one." Meanwhile, the hard-liners are busy trying to plug the "loop-holes." 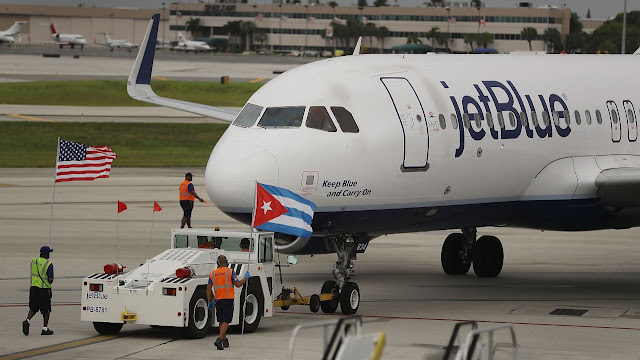 But it is now an historic American fact that this jetBlue commercial airplane has flown from the United States to Cuba. Even the rich and omnipotent Cuban-American hard-liners -- never seriously challenged prior to Obama -- cannot un-ring this bell. Heck, they can't even un-ring the 1959 triumph of the Cuban Revolution or the 1961 Cuban defense at the Bay of Pigs. Congress, sabotage, provocational backlash, etc., have worked in the past but this time too many Americans and too many Cuban-Americans will benefit personally, conveniently, economically, and otherwise from President Obama's courageous and sane -- and democratic -- overtures to Cuba. Therefore, it will not be easy to totally thwart the ongoing sanity and decency that President Obama has crafted into the long-entangled quagmire of U.S.-Cuban relations. 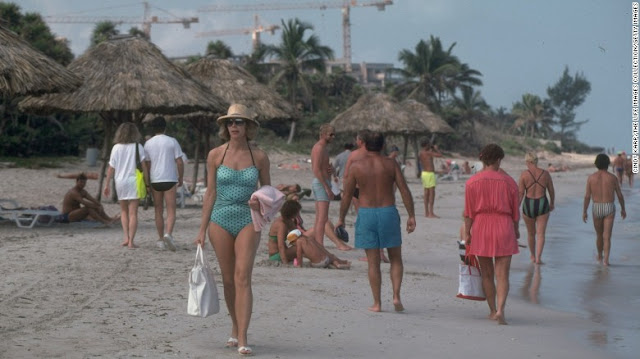 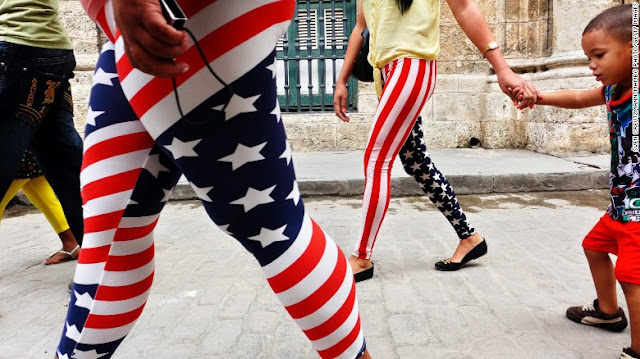