From Rags to Riches!! 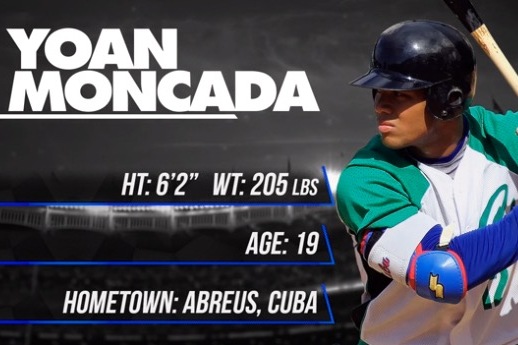 Meet Yoan Moncada
As a teenager in the small Cuban town of Abreus, Yoan and all of his friends were extremely poor. They, and even their parents, had lived all their lives on an island unfairly shackled with history's all-time longest and cruelest economic embargo ever imposed by a strong nation against a weak one. That situation has existed since 1962, or shortly after Fidel Castro's Cuban Revolution in 1959 overthrew the vile U.S.-backed Batista-Mafia dictatorship -- only to have the Batistiano-Mafiosi leaders quickly resettle on U. S. soil, mostly in and around Miami, Florida. The most visceral anti-Castro zealots - - Jorge Mas Canosa, Felix Rodriguez, Luis Posada Carriles, etc. -- were quickly sent to the then secretive Army of the Americas at Fort Benning in Georgia to train for the quick recapture of Cuba, an expensive and very undemocratic process that resulted in one of America's greatest all-time embarrassments -- the colossal defeat at the Bay of Pigs in April of 1961. But from then until today {September of 2016}, remnants of the ousted Batista dictatorship, the losers to Castro in the Revolution and at the Bay of Pigs, aligned themselves with a few of America's self-serving right-wingers and...lo 'n behold...have easily dictated America's Cuban policy in the easily malleable U. S. Congress ever since. Therefore, even as President Obama finally tries to apply some decency and democracy to the U. S. Cuban policy, U. S. laws grossly discriminate against Cubans on the island while also grossly discriminating in favor of Cubans enticed to defect to the United States. And one of the most luminescent and picturesque ramifications of all that U.S.-Cuban entanglement is... Yoan Moncada. 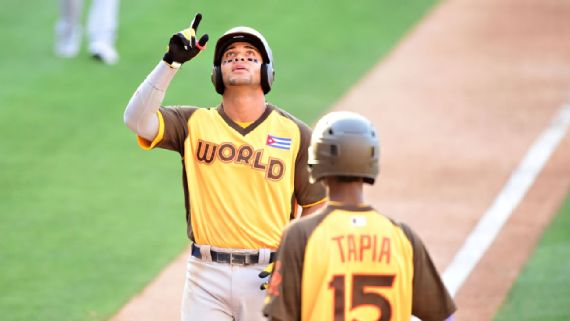 Cuba's Yoan Moncada is THE WORLD'S GREATEST BASEBALL PROSPECT. Even as a teenager in Cuba, Yoan was a switch-hitter with awesome power and blazing speed. He defected from Cuba in the summer of 2014. The Boston Red Sox gave him a $31.5 million bonus. Please note that I said bonus because it has nothing to do with his salary. Of course, if Yoan turns out to be one-half as good as the scouts predict, that initial $31.5 million dollars will be mere peanuts compared to what he'll make in Boston in the future. 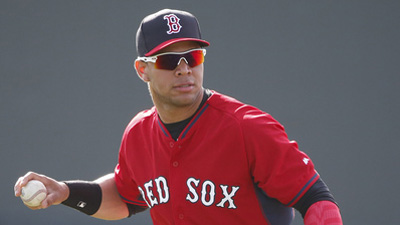 And guess what?
At age 21, on this first weekend of September, 2016, Yoan Moncada is making his debut with the young and powerful Boston Red Sox. Boston already has the best offense in baseball and arguably the best young players of all the 30 Major League teams. Therefore, I pick the Red Sox to beat the Chicago Cubs in the upcoming 2016 World Series. But neither Boston nor anyone else has anyone to match the talent of Yoan Moncada. Baseball aficionados will have to go back to 1951 to remember a young player reaching the Majors with the switch-hitting power and blazing speed that the young Cuban Yoan Moncada possesses. 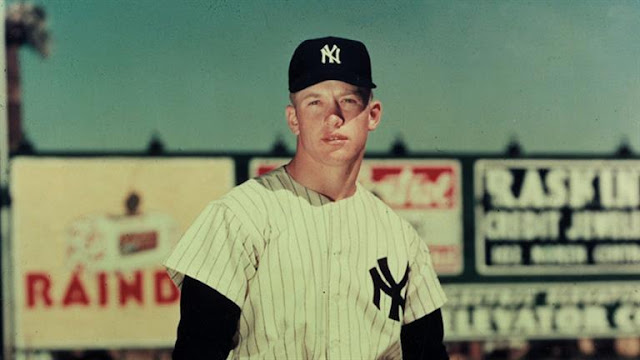 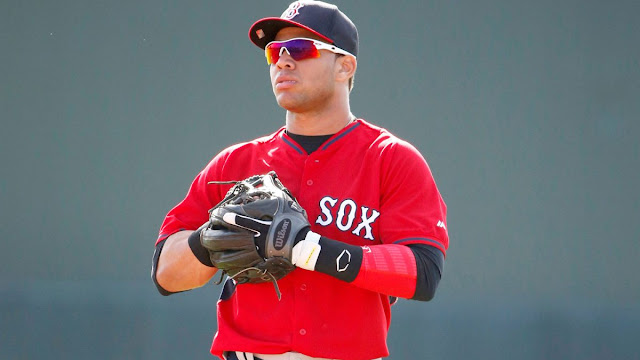 But for the first time since 1951, a young Cuban named Yoan Moncada -- in this first weekend of September, 2016 -- makes his debut with the Boston Red Sox flashing Mickey Mantle-like talent. His combination of power and speed will soon vault him above the current unending string of Cuban-born Major League superstars such as Yoenis Cespedes of the Mets, Yasiel Puig of the Dodgers, Aroldis Chapman of the Cubs, etc. In fact, don't be surprised if Yoan Moncada belts a 105 miles-per-hour pitch from the feared Aroldis Chapman to give the Red Sox a World Series victory over the Cubs next month. In the money-crazed U. S. Major Leagues, the Red Sox now believe that the $31.5 million bonus they gave Yoan is about the best money they've ever spent. And, as baseball fans know, the rich New York Yankees confirmed last week that they made a "huge mistake" by not topping that piddling Boston offer.