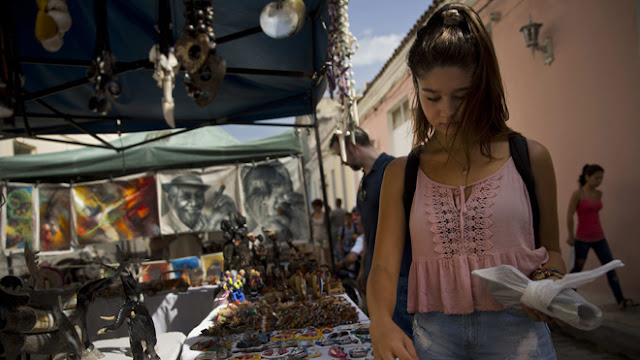 This photo is courtesy of The Associated Press and it was taken last week -- on Sept. 1st -- in Santa Clara, Cuba, by Ramon Espinosa. If you study it carefully, you'll be up to date on President Obama's newly orchestrated relations with Cuba. The young lady shopping in Santa Clara on September 1st is Sophia Compton from Chicago. The day before -- on Aug. 31st, 2016 -- jetBlue airlines had made the first U.S.-to-Cuba commercial flight in 55 years, reflecting Mr. Obama's courageous campaign to cut into the Batistiano-loving U. S. embargo of Cuba that has existed since 1962. The AP caption to this photo pointed out that Cubans particularly welcome American tourists because "they're the ones that buy the most." Cuba's much-maligned entrepreneurs also consider Americans the biggest tippers. 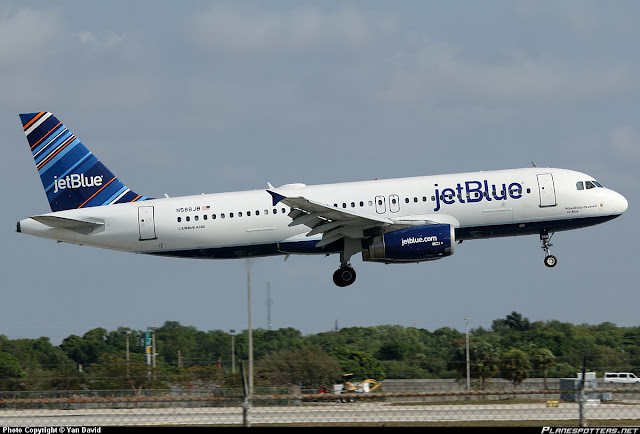 JetBlue made the first commercial U. S. flight to Cuba in 55 years. 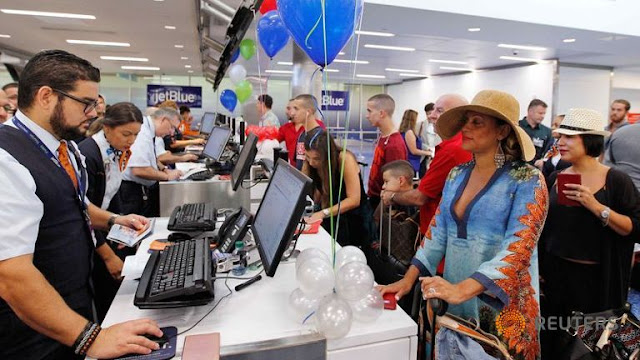 Passengers in Fort Lauderdale eager for the historic flight. 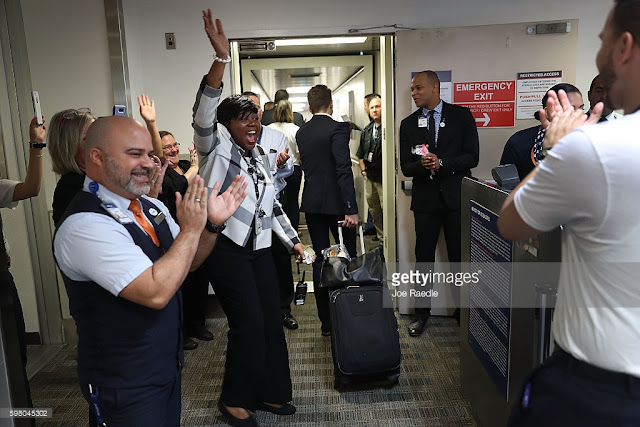 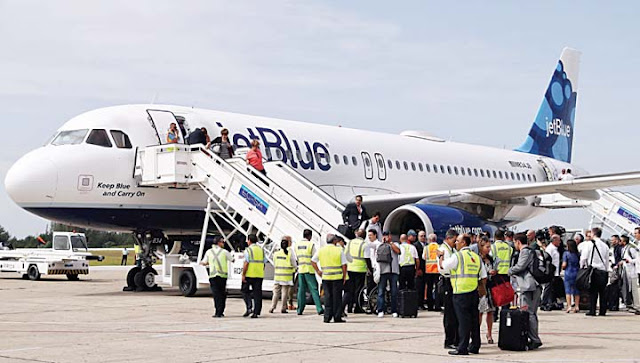 It was a 51-minute flight from Florida to Cuba. 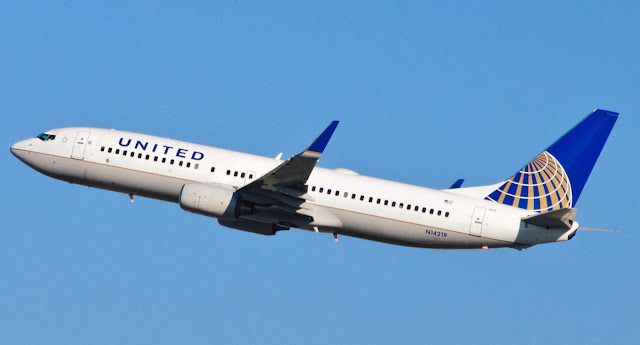 On the heels of jetBlue's inaugural flight to Santa Clara in central Cuba, seven other major U. S. airlines with soon begin regular service to the intriguing island. United on Saturday will begin flights from Houston to Havana. Yesterday United announced that its first flight from Newark to Havana will be on November 29th. Eight major American airlines have been approved for flights to no less than ten Cuban cities. 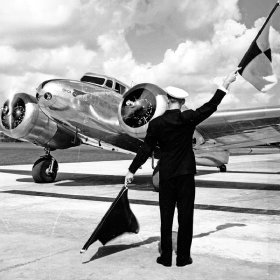 This photo from the Corbis/Bettmann archives gives you an idea of the propeller-powered U. S. airplanes that legally could fly to Cuba six decades ago -- you know, during the Batista-Mafia dictatorship. 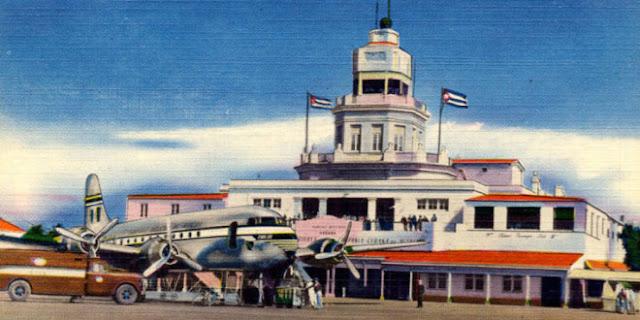 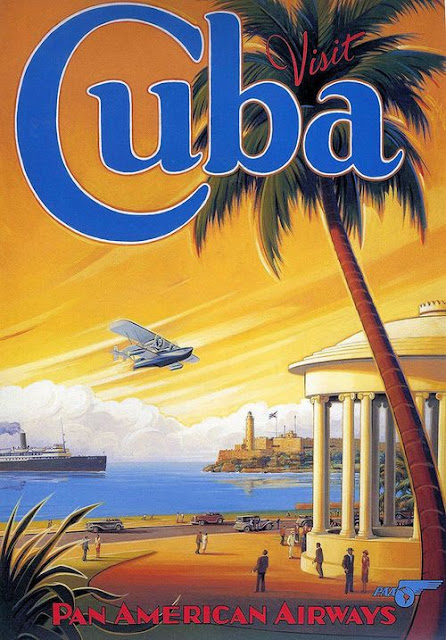 Back in the 1950s U. S. airlines made fortunes flying Americans to Cuba. From 1952 till 1959 during the Batista years, prime lures to the gorgeous tropical paradise included gambling, prostitution, and drugs. 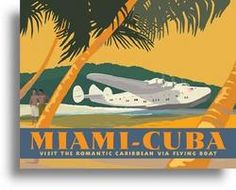 During the Batista dictatorship -- 1952-1959 -- some people considered Miami the capital of Cuba. After the Jan. 1-1959 triumph of the Cuban Revolution, Miami became the hub for anti-Castro zealotry with an ongoing zeal to regain control of the coveted island. Now in this year of 2016, the year Fidel Castro turned 90-years-old, Miami-to-Cuba commercial airplane flights will resume for the first time in over 55 years.
Meanwhile: 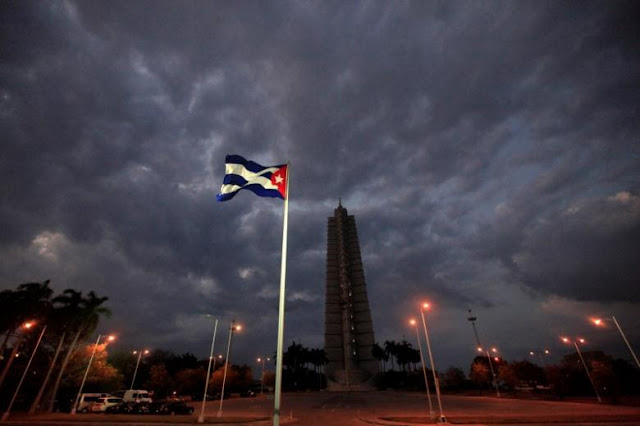 Revolutionary Cuba, after all these decades, is still...Revolutionary Cuba. On a recent very cloudy night in Havana, this REUTERS/Enrique de la Osa photo shows the Cuban flag very proudly flying at the Palace of the Revolution.