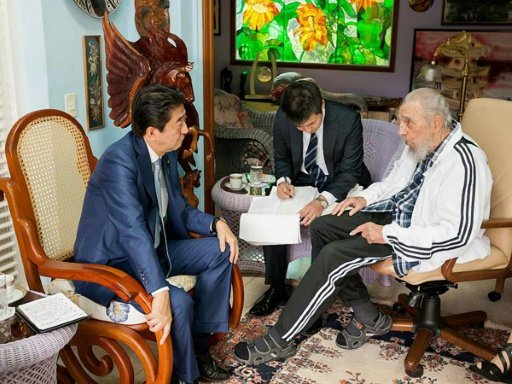 This photo is courtesy of Alex Castro/AFP. It shows the powerful Prime Minister of Japan, Shinzo Abe, listening intently as an animated Fidel Castro makes a point this week -- Thursday, September 22nd, 2016. Just two days earlier Iran's President also had an important meeting in Fidel's living room. Later asked about Fidel's health, Abe said, "When I am 90-years-old, I hope to be as alert and sharp as he is." Abe told the media, "Japan wants to open a new page with Cuba. Both Fidel and his revolution are powerful influences in the region especially but also around the world." No previous Japanese leader had ever visited Cuba. 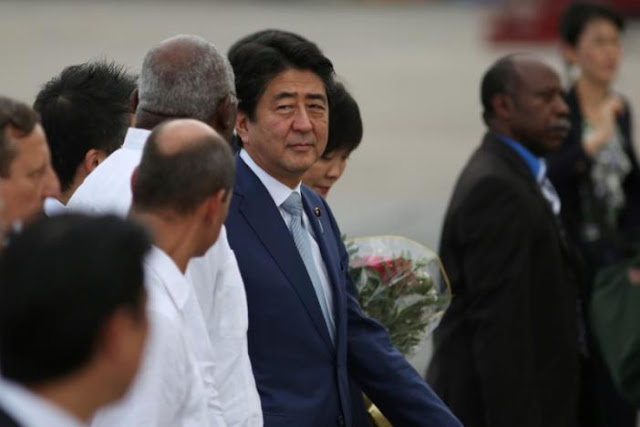 This photo is courtesy of REUTERS /Alexandre Meneghini. It shows Japanese Prime Minister Shinzo Abe and his wife in Havana Thursday. This week Japan restructured Cuba's debt and deposited $249 million as an investment fund for Japanese businesses on the island. Mr. Abe said, "Cuba is a good investment." 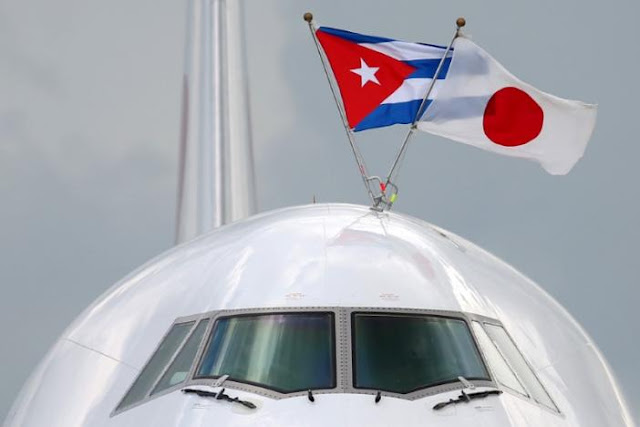 This is the Japanese airplane that brought Prime Minister Shinzo Abe to Cuba this week. Note the Cuban and Japanese flags proudly flying atop the huge plane. Since the historic victory of the Cuban Revolution in 1959, Cuba has played a role on the world stage far out of proportion to its size, population or wealth...as Mr. Abe stated Thursday. This photo attests to that fact in September of 2016 as the leaders of the world's most important nations feel more inclined to seek relationships with Cuba thanks to the bold attempts of U. S. President Obama to normalize relations with the island in brave defiance of anti-Castro zealots in Miami and Washington. Prior to Obama, this Japanese airplane would not have flown to Cuba.