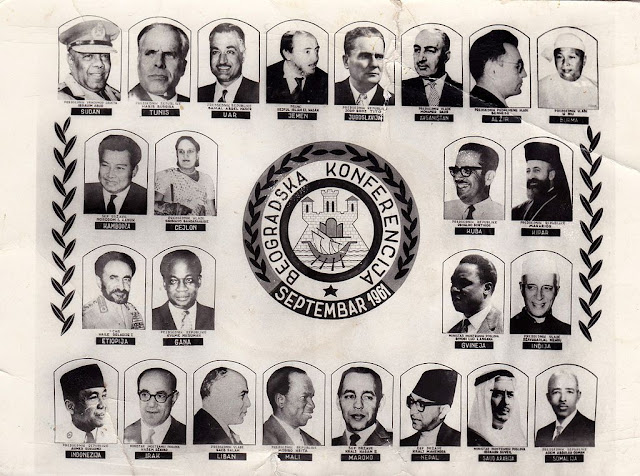 Back in September of 1961, as this Wikipedia graphic notes, the first Summit of Non-Aligned Nations was held in Belgrade. Developing nations not wanting to be caught in the vice between the two superpowers -- the U. S. and the Soviet Union -- created an alignment designed to protect individual nations by enhancing their collective assets and power. More or less, it has had an impact in the decades since 1961. In recent years there have been 120 member nations with 15 observer nations. India was a key founder and Cuba, given a huge boost on the international stage by the startling victory of the Cuban Revolution in 1959, has remained a major player in advocating for developing and non-aligned nations. 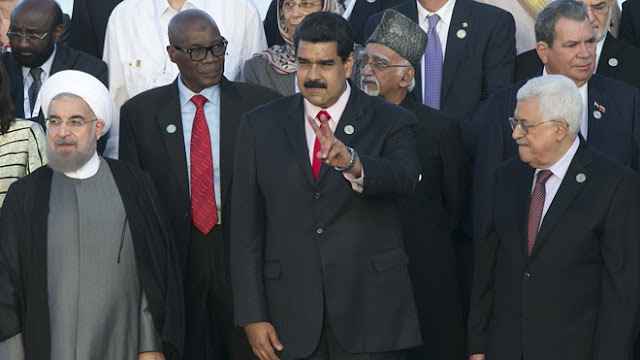 This past weekend -- September 17 & 18, 2016 -- Venezuela was the host nation for the 2016 Non-Aligned Summit. It was held in the city of Porlamar on Venezuela's Caribbean island, Margarita. In the photo above that is Venezuelan President Nicolas Maduro flanked on his left by Palestinian President Mahmoud Abbas and on his right by Iran's Prime Minister Hassan Rouhani. In past Summits, the heads of many nations attended, especially Cuba's Fidel Castro and the various leaders of India, which was a co-founder of the Non-Aligned Summit. This past weekend the member and observer nations were represented but only twelve top leaders were on hand -- including the three aforementioned heads of state as well as Cuba's Raul Castro. This and the next five photos from the Summit are courtesy of REUTERS and Marco Bello. 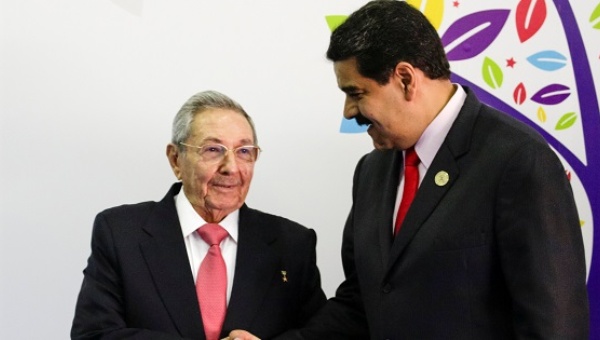 This past weekend's Non-Aligned Summit was dominated by Cuba's Raul Castro and Venezuela's Nicolas Maduro, shown above on Margarita Island. For only the second time since 1961, the top leader of India, the world's most populated democracy, was not on hand and India's Prime Minister Narenda Modi was a glaring no-show. Maduro -- precariously hanging on as Venezuela's leader as the country experiences grave economic problems, runaway inflation and crime -- set the tone with statements such as this: "Venezuela is facing an onslaught that is against all Latin American and Caribbean nations." He accused the United States of "trying to re-impose and re-colonize the politics, economy, cultures and life of our countries." Despite the historic thaw in the U.S.-Cuban relations orchestrated via negotiations with President Obama's administration, President Castro at the Margarita summit echoed Maduro's charge: "Obama seems trustworthy but he will soon be replaced while Miami still controls Congress as far as we -- the Caribbean and Latin American nations -- are concerned." Presidents Evo Morales of Bolivia and Rafael Correa of Ecuador were among those who strongly supported the viewpoints of Maduro and Castro. All of them agreed that the recent impeachment of two-term President Dilma Rousseff in Brazil was "foreign-influenced." Morales in particular noted that "the foreign, meaning U. S., problems former Argentina President Cristina Fernandez experienced is now being visited on me, and others." Meanwhile, Castro confirmed that Cuba's economy is "currently precarious" because of "the U. S. embargo that has persisted since 1962 and now because actions against our friends in Venezuela, Brazil, Argentina and elsewhere impact Cuba so much. The U. S. embargo against us, you all should know, also includes continuous punitive measures against our best friends." 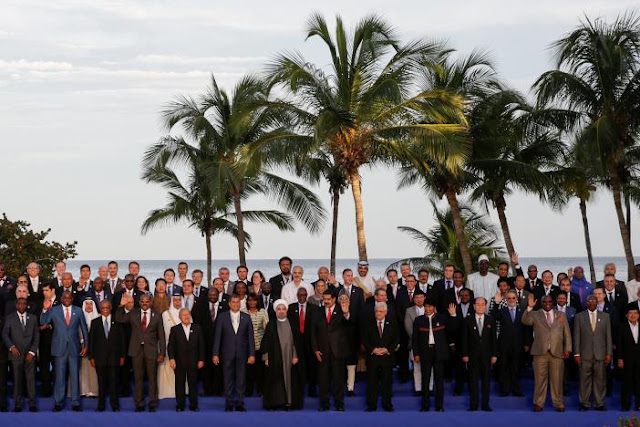 This photo taken Saturday shows leaders at the Non-Aligned Summit on Venezuela's Caribbean island. But there were only 12 heads of state at this 17th Summit as compared to 35 at the previous one. Venezuela's dire economic and political problems are cited as the cause for the diminished participation. 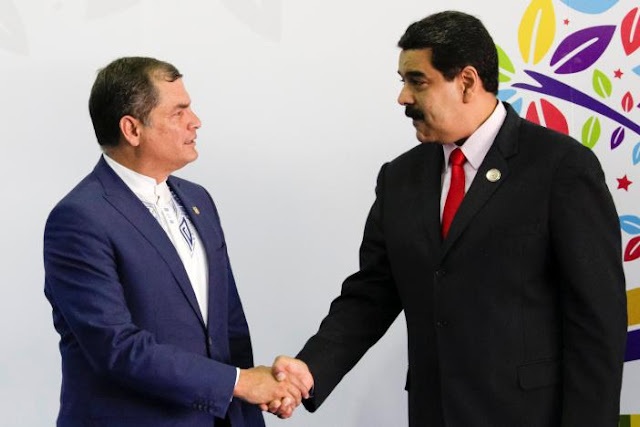 This is Venezuelan President Nicolas Maduro on the right greeting Ecuadorean President Rafael Correa. They made sure oil prices were a key topic at this Non-Aligned Summit. Venezuela remains a very powerful OPEC member and has the world's largest known oil reserves, which Maduro said "Makes us an imperialist target." Ecuador is OPEC's smallest member nation. Today -- Monday, September 19th -- a major REUTERS article said, "Oil prices rose in Asian trade markets Monday after Venezuelan President Maduro said over the weekend that OPEC and non-OPEC countries were close to reaching an output stabilizing deal." 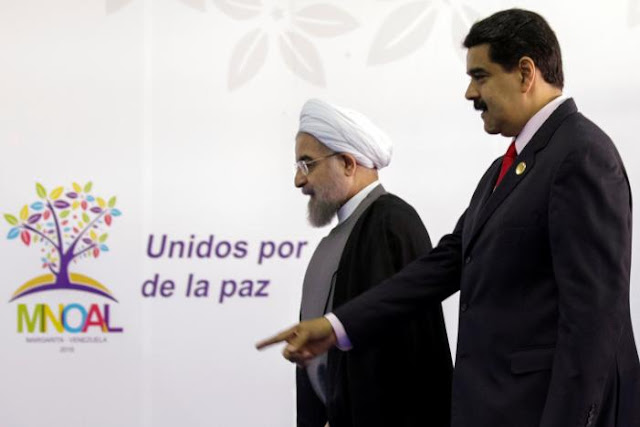 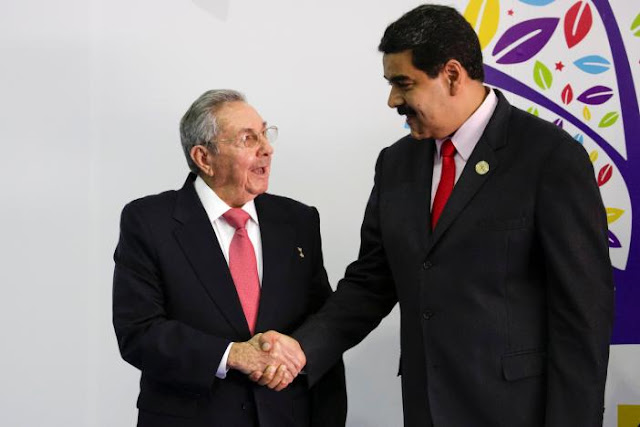 Presidents Castro and Maduro at the Summit. 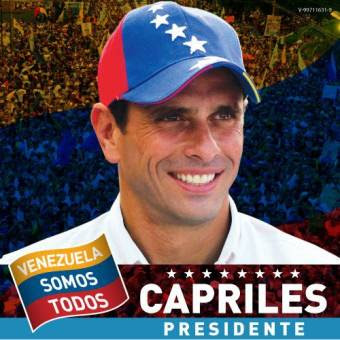 Born 44-years-ago in Caracas, Henriques Capriles is widely viewed as the next President of Venezuela when Maduro leaves office or is ousted. Capriles made fun of Maduro after only 12 heads of state attended this past weekend's Non-Aligned Summit on Venezuela's Margarita Island. REUTERS quoted Capriles as saying, "Millions of dollars of Venezuelans' money was spent for the government's ego, and many of the countries didn't come to the show." After the death from cancer of President Hugo Chavez, Capriles lost a narrow presidential election to Maduro on April 14, 2013. Capriles has been the powerful Governor of Miranda state since 2008. Both Chavez and Maduro have accused Capriles of being encouraged by Miami and the George W. Bush administration to support the 2002 coup that briefly overthrew Chavez. While Maduro, like Chavez, will always be strongly pro-Cuba, observers agree that a Capriles presidency in oil-rich Venezuela would be strongly anti-Cuban and strongly pro-American. So what happens in Venezuela -- especially now that pro-Cuban presidents Cristina Fernandez in Argentina and Dilma Rousseff in Brazil have recently been replaced by pro-U. S. leaders, is very important to the island of Cuba...and to the U. S.

Margarita Island is northeast of Caracas {see above}. 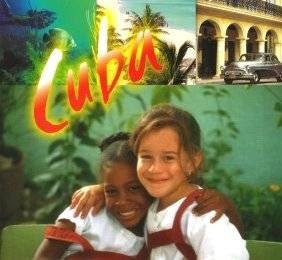