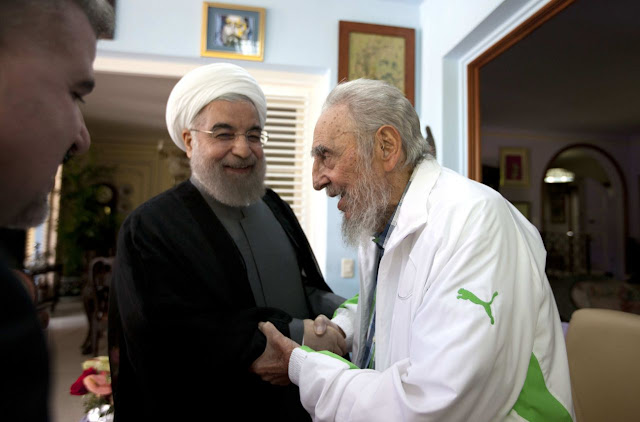 With an interpreter in the middle, this Alex Castro photo shows Fidel Castro animatedly making a point yesterday in his Havana living room to Iranian President Hassan Rouhani. All topical photos of Fidel are scrutinized internationally to ascertain the status of his health, which seems amazingly good at age 90. 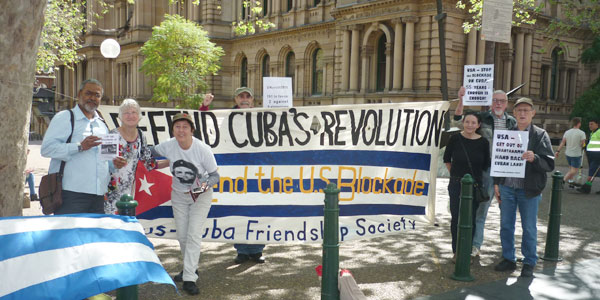 This AFP photo shows a pro-Cuban demonstration taking place in front of the Town Hall in Sydney, Australia. The signs and words of the demonstrators protested "The endless effects of the U. S. embargo against the sovereignty of Cuba that adversely affects all sovereign nations, including Australia. The U. S. fines nations that might do business with Cuba. That includes a U. S. company...PayPal...fined $7,658,200 for minor transactions related to Cuba. Does the U. S. send all that money and lots of other loot to Miami crooks? Germany, Mexico...all of us...must we put up with this another half-century or longer?" 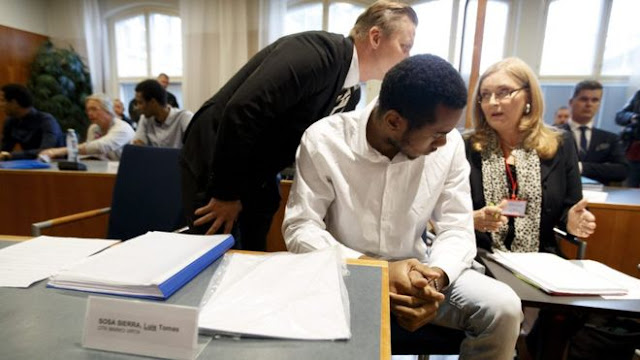 This AFP photo was taken yesterday in Tampere, Finland. It shows Cuban volleyball star Luis Sosa Sierra glancing back at his lawyer after he was sentenced to 3-and-a-half years in prison for his part in a hotel rape of a Finnish woman back in July at the World League Volleyball Tournament. Four other members of the Cuban team were convicted and received five-year sentences.