NOT ALL CUBANS Hate Cuba!!! 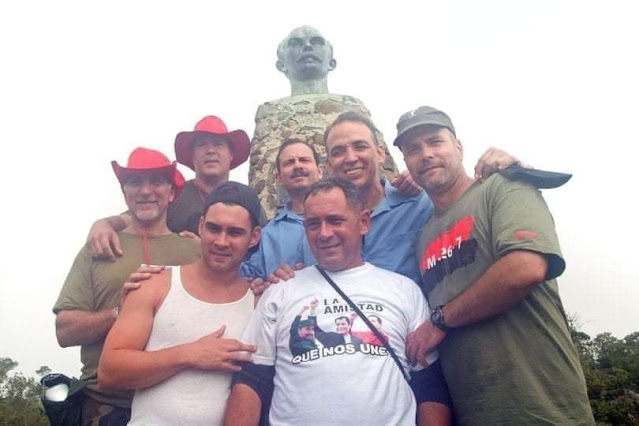 Today - - on December 6th-2021 -- this photo was posted on several worldwide Social Media forums. It shows seven Cuban men who love Cuba posing in front of one of the island's most famous statues of independence fighter Jose Marti. All Cubans in Cuba and in Miami know at least two of these seven men -- Gerardo Hernandez on the far right and Elian Gonzalez on the left-front. 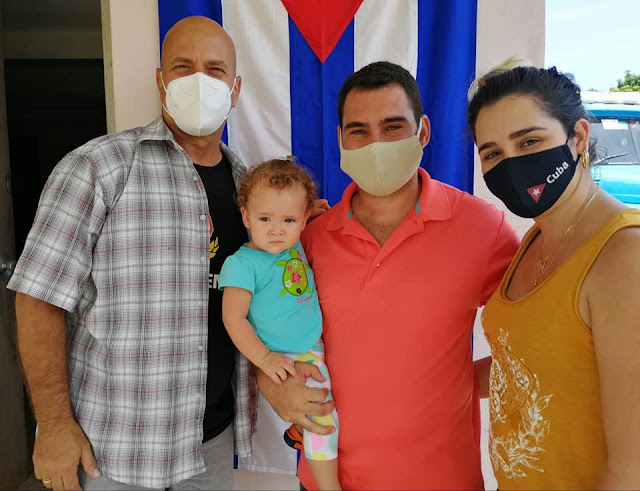 This photo today -- on December 6th-2021 -- shows Gerardo Hernandez in the light shirt and Elian Gonzalez in the red shirt. The woman and baby are Elian's beloved Wife & Baby. While, perhaps, Americans are not supposed to know or care about the two photos shown above today, they are up-to-date chronicles of the historic-U.S.-Cuba SAGA that has roiled the Western Hemisphere since 1492, and especially since 1959 when the Cuban Revolution booted the Batistianos, the Mafia, and the United States off the island...to Miami. Gerardo and Elian, for sure, had very unhappy stays in the U. S. -- one serving many years of a life-sentence in a U. S. federal prison in California and the other, at 6-years-old, as a frightened little boy in a Miami closet. In other words, both Gerardo and Elian remain today as historic and topical people in the everlasting U.S.-Cuba saga. Their current happiness in Cuba reflect, perhaps, why Revolutionary Cuba triumphed and has survived for all these many decades since 1959. Of course, Americans since 1959 have been programmed not to believe or understand the two photos from Cuba today -- December 6th-2021!! 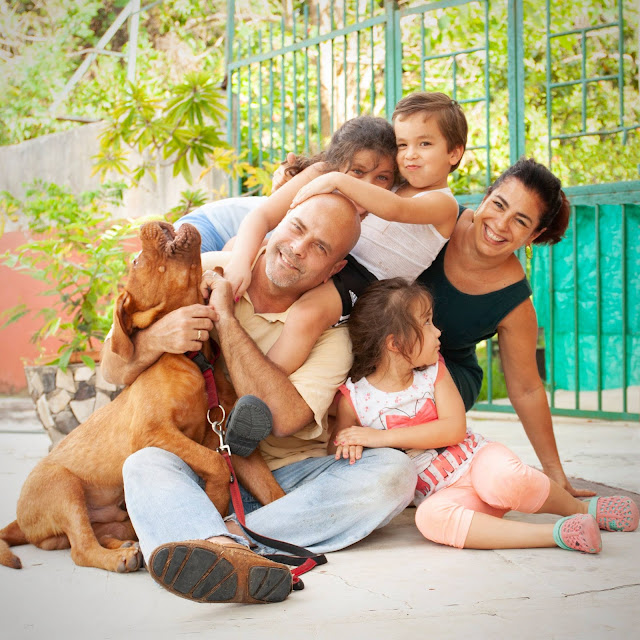 And, yes -- like his dear friend Elian Gonzalez -- Gerardo Hernandez has fathered a large and happy family with his wife Ariana in Cuba since President Obama's détente and courage allowed Gerardo to end his life sentence in a federal prison in California and return to Cuba.