Will Biden Give Havana to Little Havana? 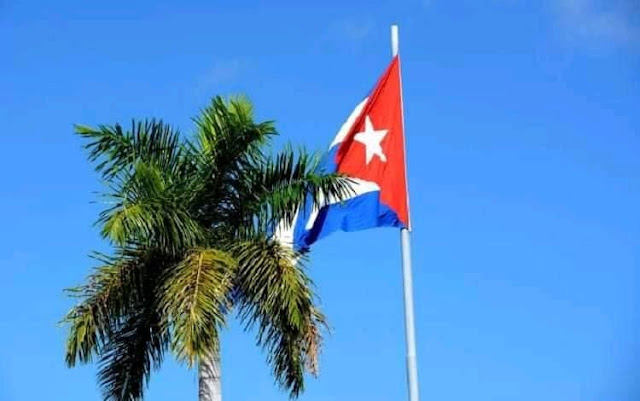 As of today -- Friday, July 23rd, 2021 -- the Revolutionary flag still flies over the troubled Caribbean island of Cuba. Virtually and historically since January of 1959, it has loudly been predicted "that Little Havana in Miami will recapture Havana ANY DAY NOW!!!" But incredibly, every day for 6+ decades that has not happened. The Cuban Revolution shocked the world on Jan. 1-1959 by overthrowing the U.S.-backed and Mafia-backed Batista dictatorship, which then quickly re-evolved in nearby Little Havana, which today is a rich and ultra-powerful USA political force in the heart of Miami. In 1959 the Cuban Revolution shocked the world by overthrowing a powerful dictatorship backed by the world's strongest criminal organization, the Mafia, and by the world's strongest nation, the United States. Thus, the Cuban Revolution's longevity as the rulers of Cuba has been even more ASTOUNDING than its initial victory in 1959.
But as of today -- July 23rd, 2021 -- the million-to-one odds that Cuba overcame in 1959 are now a billion-to-one odds that revolutionary Cuba will not exist beyond July of 2021!!
In America's two-party political system, every Republican administration has powerfully supported the Batista regime in Cuba in the 1950s and, since 1959, powerfully supported Little Havana's herculean efforts to recapture Cuba!! But in all that time every Democratic administration has shown some degree of compassion for the Cuban families in revolutionary Cuba, including the Carter presidency and particularly the two-term Obama presidency. But in 2017 Republican president Donald Trump replaced Obama and then spent the next four years producing 243 Cuban policies or Executive Orders designed to impose genocide on everyday Cuban families. After all, in 1962 -- after Little Havana & the USA had failed to recapture Cuba with the 1961 Bay of Pigs air-land-and-sea attack -- the U. S. legalized an Embargo against Cuba designed to "starve, deprive, and make miserable" Cubans on the island to induce them to rise up and overthrow their own revolutionary government. Of course, the American people didn't know the purpose of the Embargo but long after 1962 de-classified U. S. documents revealed it. But the longest and cruelest Embargo ever imposed by a powerful nation against a much-weaker nation hasn't overthrow revolutionary Cuba, apparently because memories of the Batista dictatorship linger in Cuba if not in the USA.
Starting in January of 2017, when Trump replaced Obama as President, the U. S. has expanded the cruel Embargo against Cuba to an even crueler Blockade.
On January 20th of 2021, the day the Democrat Joe Biden replaced the Republican Donald Trump as the President of the United States, many people thought that Biden, who had been Obama's Vice-President for 8 years, would end or at least lessen the genocidal Blockade against Cuban families on the island. But that hasn't and won't happen. Biden's Democratic Party, like Trump's Republican Party, is money-crazed and therefore ultra-rich people -- such as history's all-time richest person Jeff Bezos -- dictate both U. S. political parties, the Republicans and/or the Democrats. Little Havana, to put it mildly, is awash with money and therefore, after dictating Republican policies for decades, now Little Havana also dictates the Democratic policies, at least as far as Cuba is concerned. In that one-sided milieu, the now billion-to-one odds that Little Havava will recapture Havana in these closing days of July-2021 have rampantly energized Little Havana!!!!!!!!! For example: 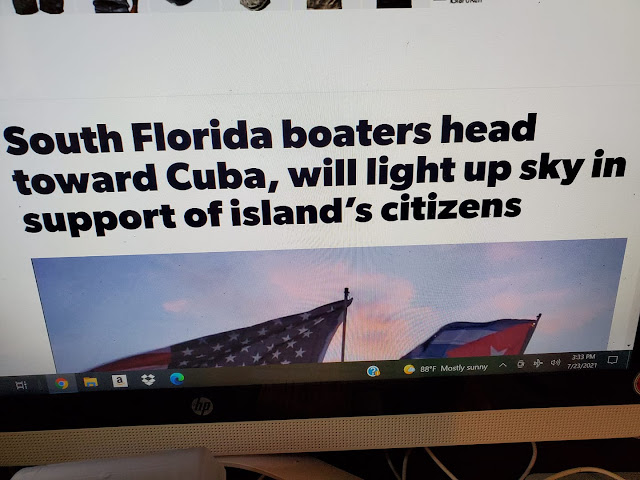 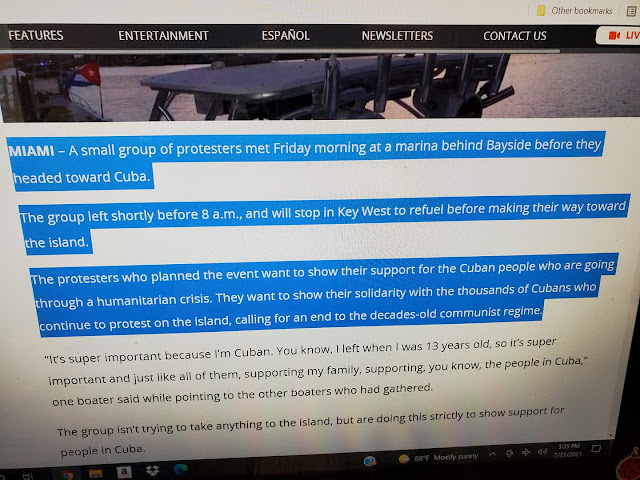 Today -- July 23rd, 2021 -- is one of the ongoing jubilant headlines blaring forth from NBC-10, the top source for news in Little Havana. Buoyed by massive Counter Revolutionary demonstrations in both Little Havana and in Cuba since July 11th-2021, and massively buoyed by support of the Biden presidency in Washington, the Miami boaters are supremely and jubilantly convinced that they have the superpower USA's support to take their overthrow to the edge of Havana itself.
Will Biden help Little Havana recapture Havana??
MAYBE...or maybe not.