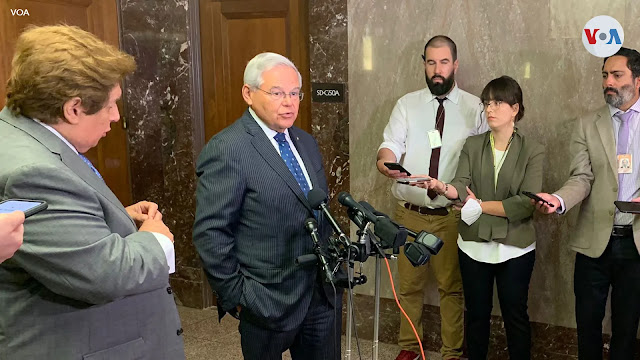 The controversial U. S. Senator Bob Menendez from New Jersey {he survived a very serious hung-jury trial just before he won his latest 6-year term} is considered the prime reason that President Biden, also a Democrat, has not eased the draconian and genocidal Cuban policies imposed by President Trump. This week massive anti-Revolutionary demonstrations took place in Miami's Little Havana section of Miami as well as in Cuban cities from Havana to Santiago de Cuba. Some Little Havana leaders have stated publicly that the U. S. should take advantage of the demonstrations to intervene militarily to at last overthrow Revolutionary Cuba, which on Jan. 1-1959 overthrew the U.S.-backed and Mafia-backed Batista dictatorship. 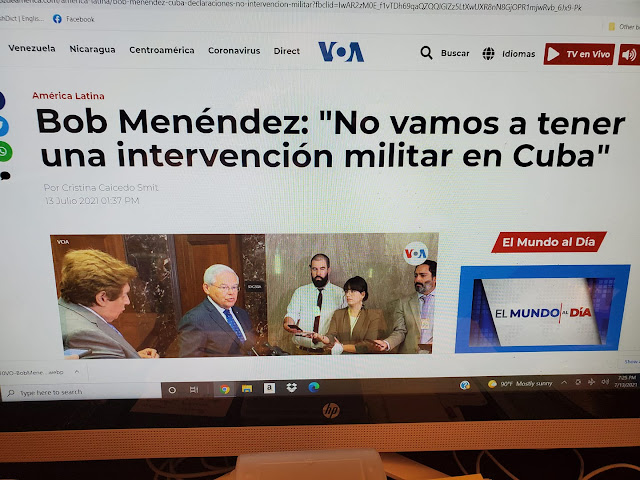 But as you can see above, the Voice of America radio, television, and digital forums today -- Tuesday, July 13, 2021 -- headlined this news: "Bob Menendez: 'We are not going to have a military intervention in Cuba."