Another Bay of Pigs Or...

Will Little Havana Win This Time?? 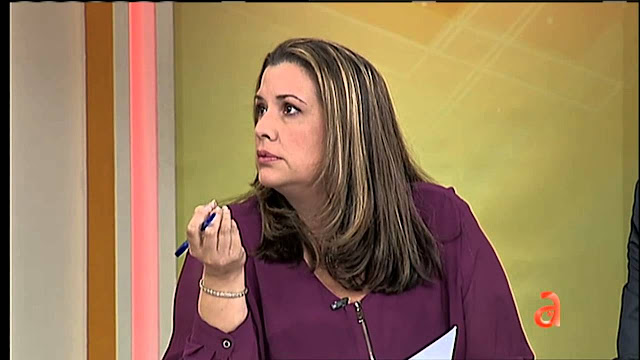 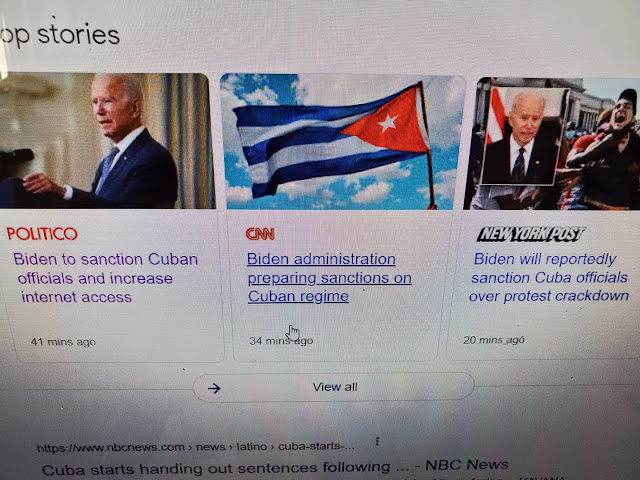 Today -- July 22nd, 2021 -- these are the top Headlines in the U. S. regarding Cuba. These headlines explain what made Sasha Tirador in Little Havana so hilariously happy last night when President Biden called her with the news that he was not only keeping former President Trump's genocidal polices against Cuba...but EXPANDING them!! 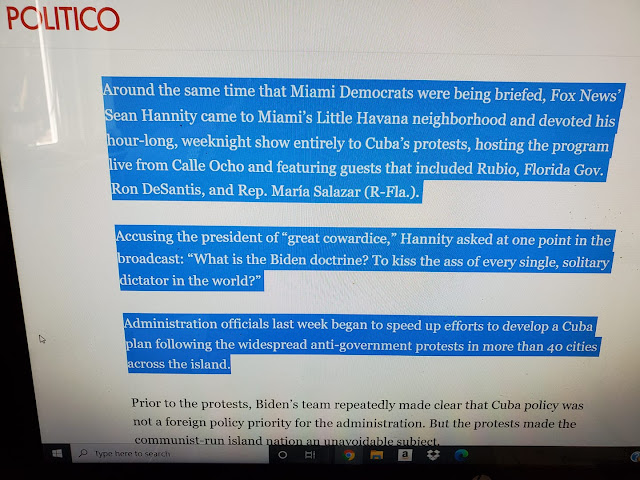 The powerful Politico media source in Washington best reported on President Biden's announcement last night, first given to Little Havana zealot Sasha Tirador via a phone call, that his new sanctions on Cuba will finally allow Little Havana to recapture Havana. Even as Tirado was being "briefed" last night by Biden himself, Politico explained Fox News' powerful Sean Hannity was using his entire primetime broadcast from Little Havana to allow only Little Havana extremists such as Senator Marco Rubio to explain yet again to Fox News's large audience how wonderful Batista's Cuba was in the 1950s before the Cuban Revolution in 1959 chased the wonderful Mafiosi-aligned Batistianos to Miami where they quickly created Little Havana, expecting the U. S. would recapture Havana for them within a couple months, which was 6+ decades ago. 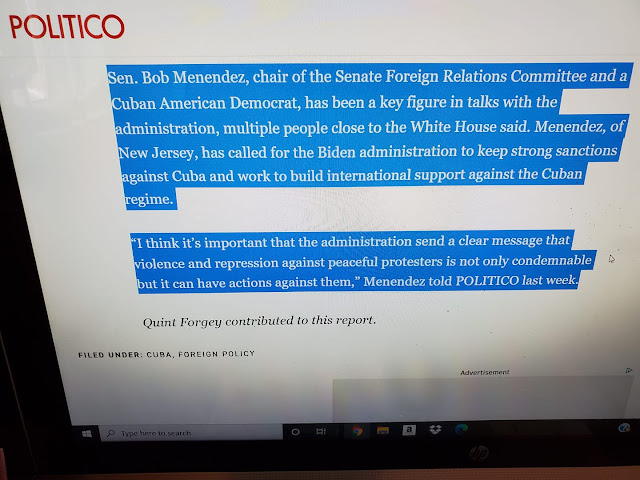 Also Politico, which is no friend of Cuba, today correctly told its millions of readers that Bob Menendez, the long controversial but also long U. S. Democratic Senator from New Jersey, is the dire Counter Revolutionary Cuban-American who is dictating President Biden's genocidal Cuban policies, just as the long controversial Republican U. S. Senator Marco Rubio from Little Havana for the past four years had dictated President Trump's genocidal Cuban policies. For example, Rubio & Trump activated the extremely cruel Title 3/Helms-Burton genocide on everyday Cuban families, and even two-term Republican president George W. Bush refused to activate Title 3 because even Bush knew how genocidal it was. But now Menendez & Biden have continued it!! 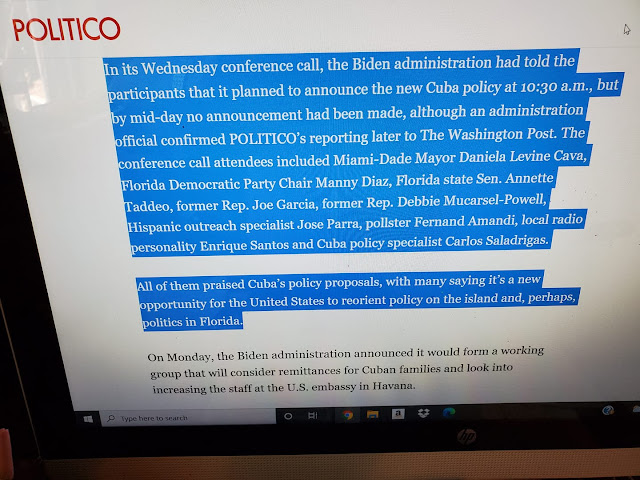 As you can see above, today's {June 22nd} Politico article admitted that it passed its information directly to the Wasington Post, the ultra-powerful anti-Cuba media source that is owned by Jose Bezos, the world's all-time richest person whose step-father Miguel Bezos is a Cuban-born Counter Revolutionary Cuban-American. And as you see above, Politico today named the Washington Post as well as a host of Little Havana zealots who have spent their time in Miami trying desperately to overthrow Revolutionary Cuba. Those rich & powerful Counter Revolutionaries are on Cloud 9 after President Biden last night declared he would exceed Trump's genocide against Cubans on the island!! 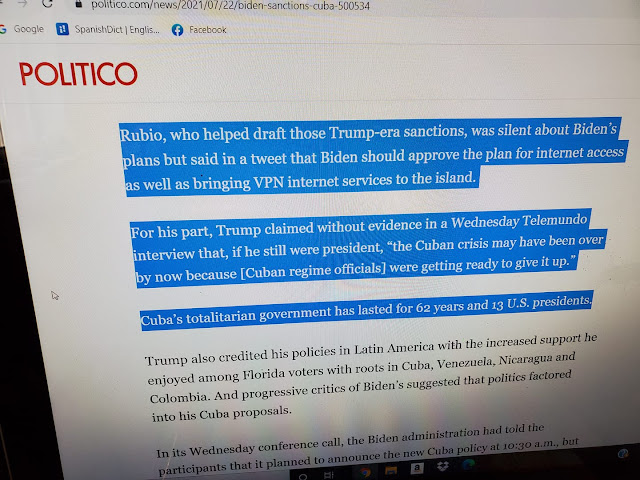 As you see above, Politico today again, for what it's worth, revealed that Little Havana's lightweight Senator Marco Rubio dictated President Trump's unchecked genocide against Cuban families. In today's money-crazed/two-party political system, it doesn't matter that the best investigative journalist in Washington and the USA, Ken Silverstein, penned an unchallenged and minutely detailed article in which he started by stating that Marco Rubio is: "Head and shoulders above everyone else in Washington when it comes to corruption, dishonesty and chicanery..." And that includes, of course, a Washington that includes Senator Bob Menendez whom the U. S. Justice Department tried desperately to convict on multiple felony charges and failed because of a hung jury verdict...just before, of course, he was re-elected to yet another 6-year term in the U. S. Senate. Just as the ultra-powerful Counter Revolutionary Cubans in Little Havana have grown rich and powerful in Miami since 1959 and later in Washington, and been able to dictate the USA's cruel and genocidal Cuban policies, the Rubio and Menendez types can remain in the U. S. Senate forever and control the most powerful Committees related to Cuba, such as the Chairmanships of the Senate and House Foreign Relations Committee, etc. Cuba, unfortunately, is a small nation close to Little Havana. 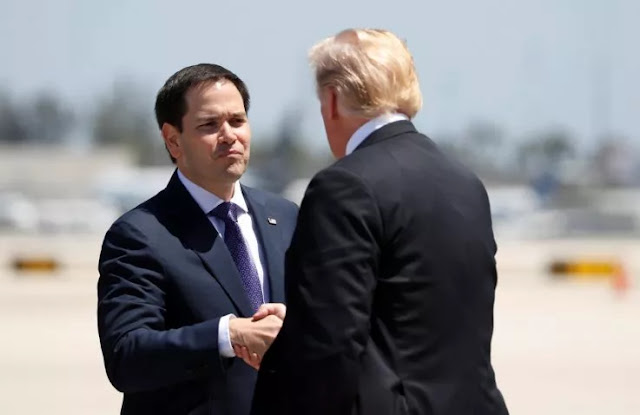 For four brutal years Rubio dictated President Trump's genocidal Cuban policies just as the U.S.-backed and Mafia-backed Batista dictated Cuban policies in the 1950s, up till 1959's victory by the Cuban Revolution. 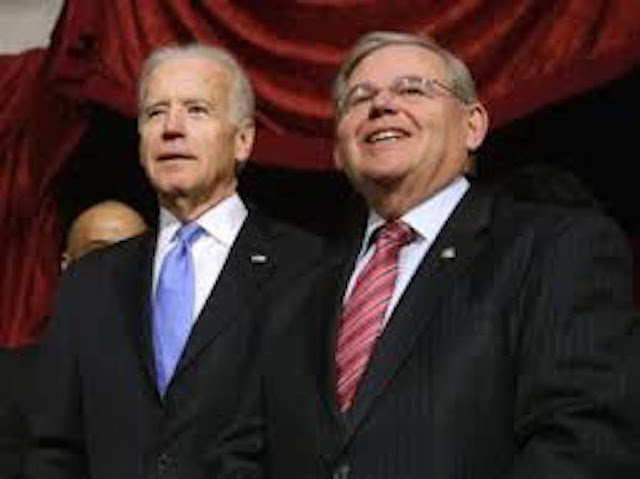 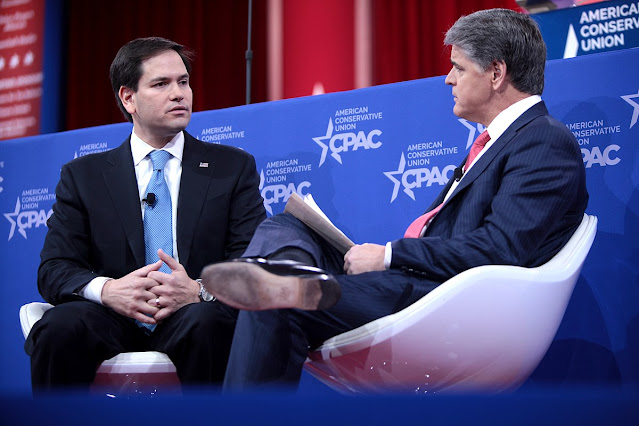 For example, two prime promoters of genocide against Cuban families on the island -- Little Havana's Rubio and Fox New's Hannity -- last night used one whole primetime hour from the famed Versailles Restaurant in Little Havana to tell Americans yet again that: {1} Batista's Cuba in the 1950s was the nicest and best government in history; {2} Revolutionary Cuba since 1959 is the worst and most brutal government in history; and {3} therefore the Biden administration should overthrow Revolutionary Cuba this month of July so the great Little Havana Cubans can re-capture Havana from those terrible Cubans!!! 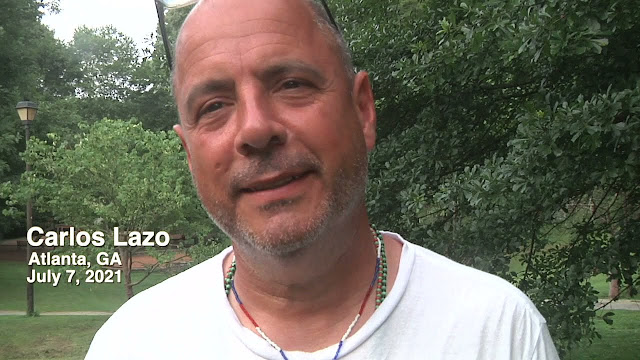 Of course, most of the world's 8 billion people are outraged by the USA's genocide against Cuban families on the island, especially as Cuba battles mounting deaths from COVID-19 as U. S. Cuban extremists are allowed to take advantage of the pandemic!! Of course, most Cuban-Americans are decent people who are also outraged about U. S. genocide aimed at Cuban families on the island. For example, Carlos Lazo is a Cuban-American professor in Seattle. He and some of his students have ridden their bicycles 3,000 miles from Seattle to Washington to beg Congress and the White House to end its genocide against Cuba. And this month of July-2021 Carlos Lazo is walking the 1300 miles from Miami/Little Havana to Washington to do the same thing!! As you see above, Carlos had made it to Atlanta on July 7th and now he has made it to Richmond. But of course, being a totally decent Cuban-American makes Carlos Lazo ineligible to be heard by the mainstream U. S. media nor is he eligible to be elected to a public office such as the U. S. Congress!!!! 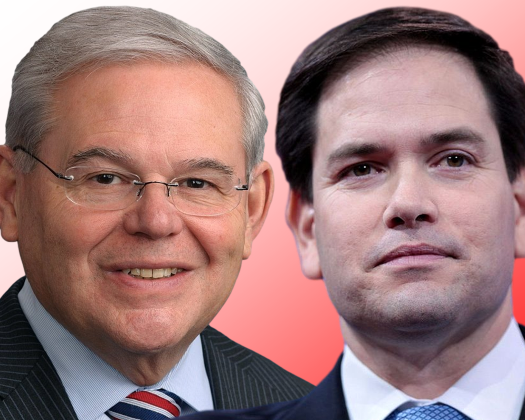 But, of course, if you are Mendendez or Rubio you can be elected to the U. S. Congress and re-elected to as many 6-year terms as you choose!!!! 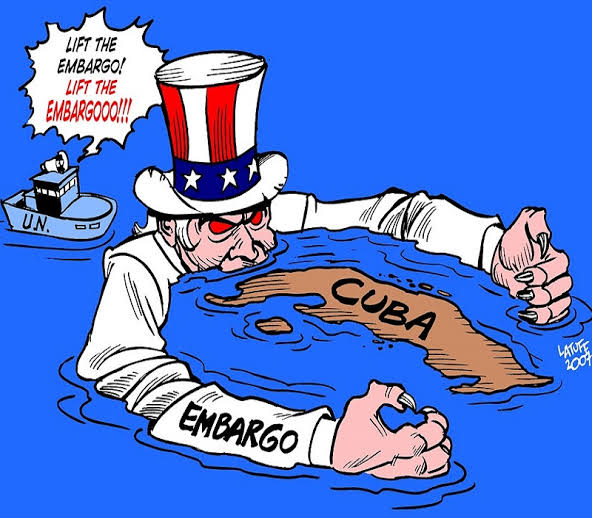 And that is how the United States of America can maintain history's all-time longest and all-time cruelest Embargo ever imposed by a very large nation against people in a very small nation!! 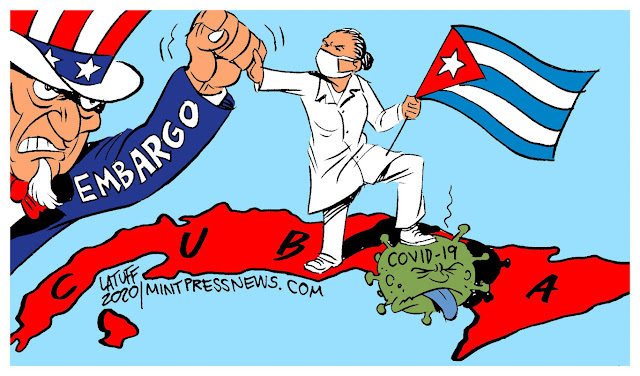 And that is how, during both the Trump and Biden presidencies, the United States of American can get away with taking advantage of COVID-19 to expand its genocide against Cuban families on the island!!! 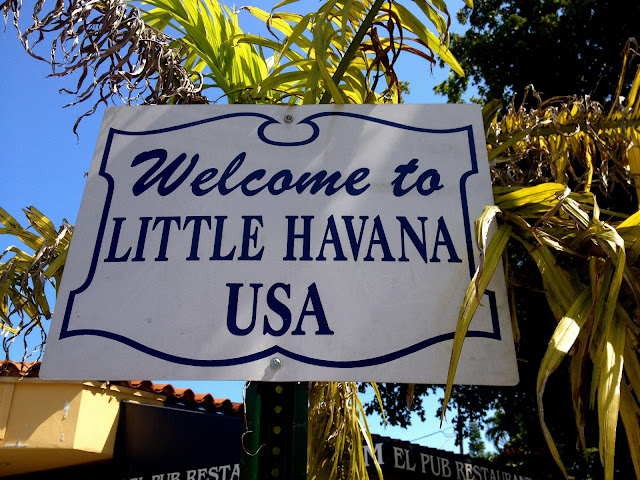 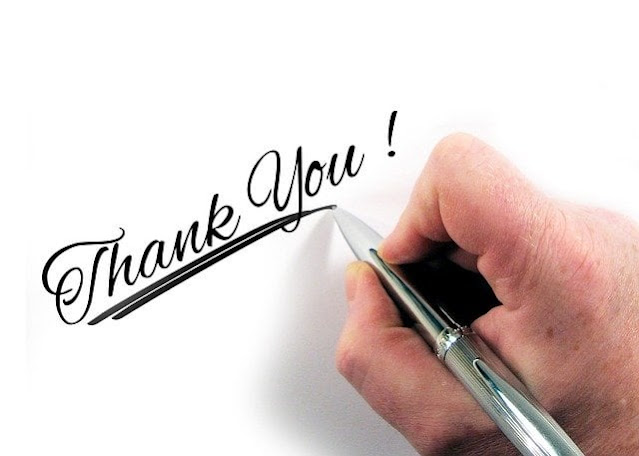