Off the Beaten Paths!!

Thanks to long-awaited positive overtures to Cuba made by America's former very brave President Obama, the island of Cuba set a record with over four million tourists in 2016. Despite 2017 roll-backs and a return to America's Cold War negatives by America's new President Trump, Cuban tourism as of July-2017 is on pace to break last year's record. The island's two largest cities -- capital Havana on the northern tip and former capital Santiago de Cuba on the southeastern tip -- are the two primary tourist attractions but many discernible visitors to Cuba prefer areas between or far outside the major 14 sites depicted above.

For example, study the map above and focus on the red dot in the middle. That's the location of the quaint little city of San Antonio de los Banos, which was founded 16 miles due south of Havana in 1802. To truly understand Cuba, you need to be acquainted with San Antonio and its 40,000 totally typical Cubans. 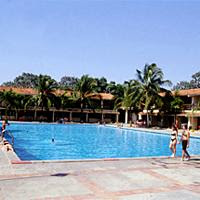 In San Antonio the Hotel Las Yagrumas is situated in the center of a truly beautiful forested area that well-informed tourists visit and re-visit because of attractions such as superb hiking trails, a unique variety of bird-life, caves, and warm but soothing Caribbean breezes. The staff at the Hotel Las Yagrumas speak fluent Spanish, English, German, Italian and French...and "some" Chinese and Russian. 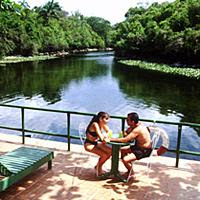 The Hotel Las Yagrumas is located on a bend of the Ariguanabo River in San Antonio de los Banos. The river is a tourist favorite of hikers because it is clean, calm and ideal for swimming and canoeing. 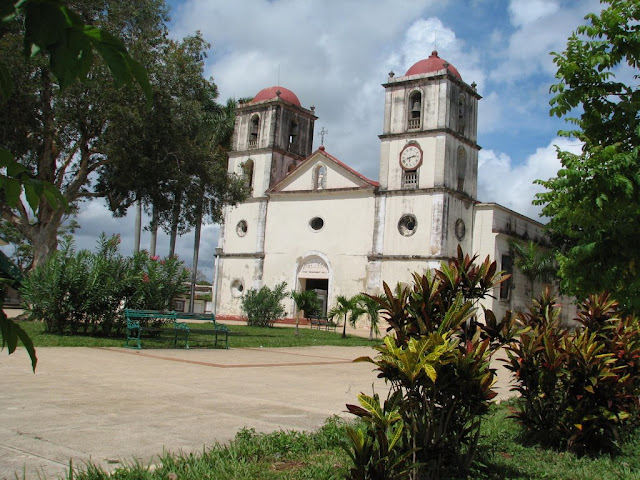 A prominent building in San Antonio.
This and the next 2 photos are courtesy of Panoramio/Google. 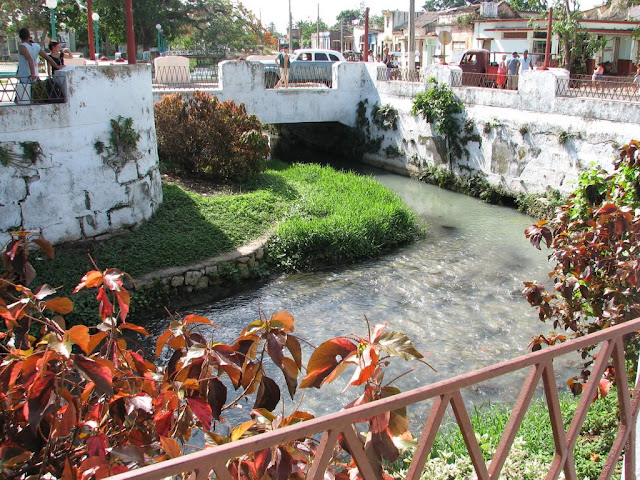 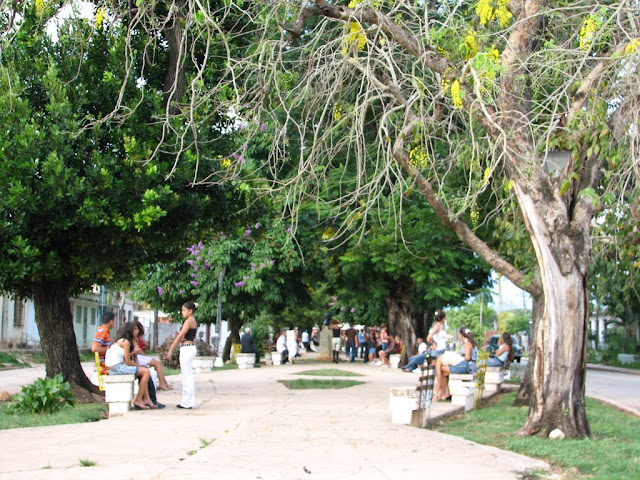 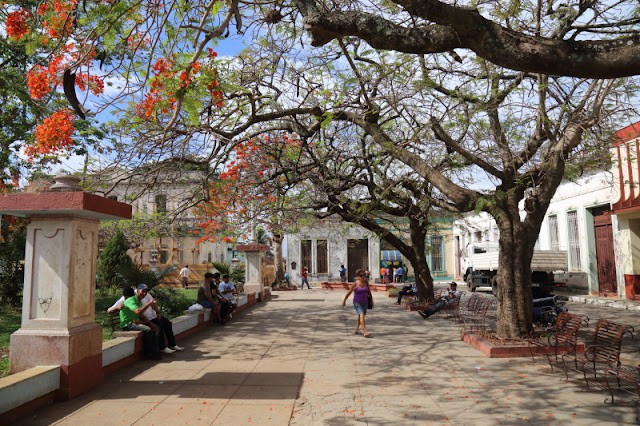 Another very quiet, shady spot in the heart of San Antonio de los Banos. This photo and the next three were taken by Juan Suarez and are used courtesy of Havana Times.org. They were part of a 50-photo package that updates the lives of everyday Cubans in this very special but off-the-beaten-paths little city. 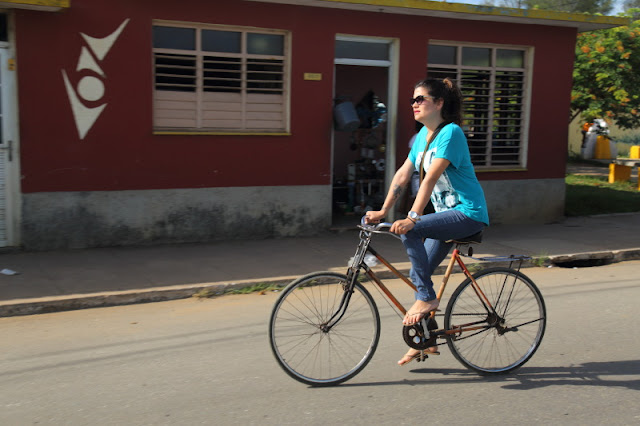 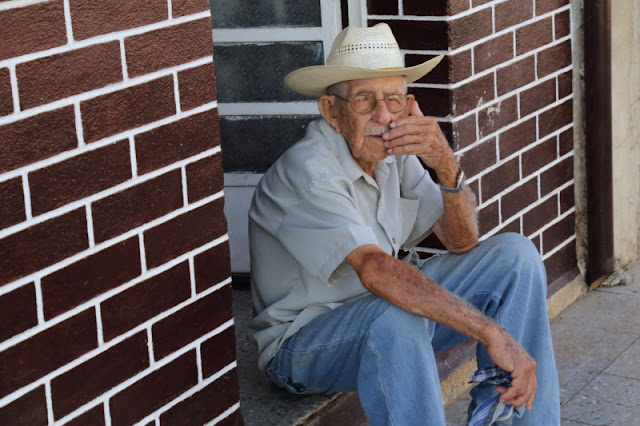 This is an old-timer in San Antonio who remembers Batista's Cuba and prefers living in Revolutionary Cuba. Juan Suarez said: "When you go outside Havana, all of the city's neighboring towns have a different atmosphere. There is clean air, it's peaceful, people greet you and smile when you take their picture." 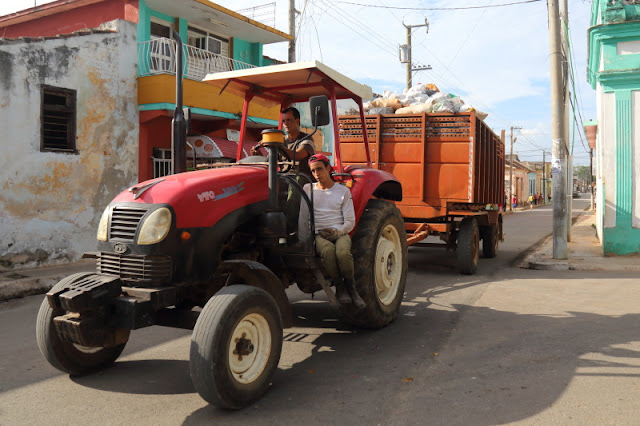 The red dot shows the location of San Antonio, Cuba.
And by the way: 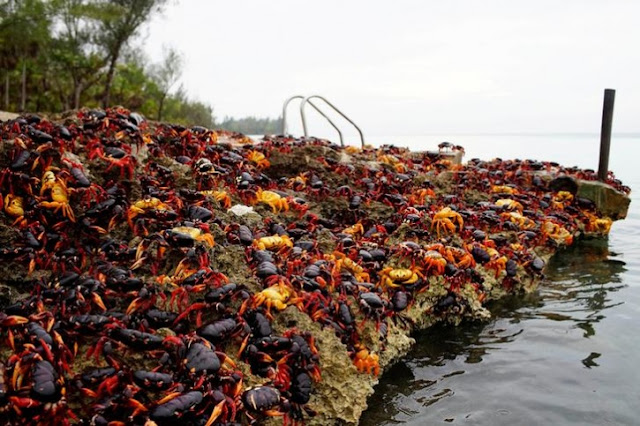 This photo was taken by Alexandre Meneghini, the great Reuters photographer in Cuba. The extremely weird photo shows crabs at the Bay of Pigs emerging from the forest to head to the sea to spawn. Indiatimes.com used this photo to state: "The Bay of Pigs was attacked unsuccessfully in April-1961 by the United States and fierce Cuban exiles. But this week the Bay of Pigs is being attacked successfully by crabs in their annual spawning dash to the sea." 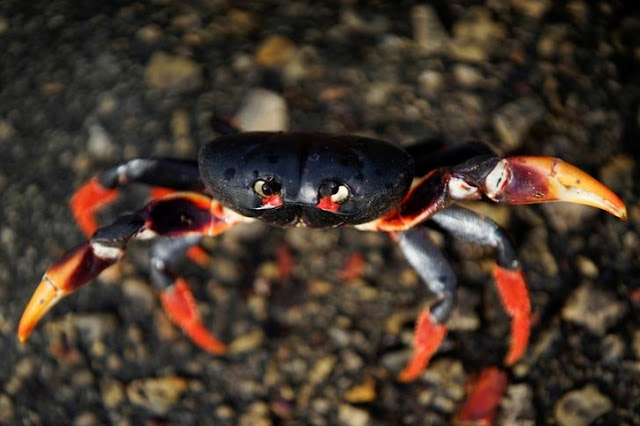 As photographed by Alexandre Meneghini, a Cuban crab up close. 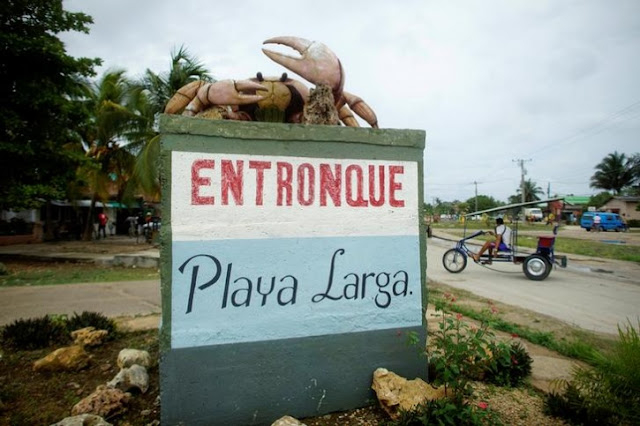 Cuba has always called the Bay of Pigs "Playa Largo." Now that crabs have joined its natural tropical beauty and the infamous 1961 military attack to help make it a tourist attraction, note that the entrance features a giant crab.

Bay of Pigs/Playa Largo!
Famous for the military attack and now a yearly crab invasion!!