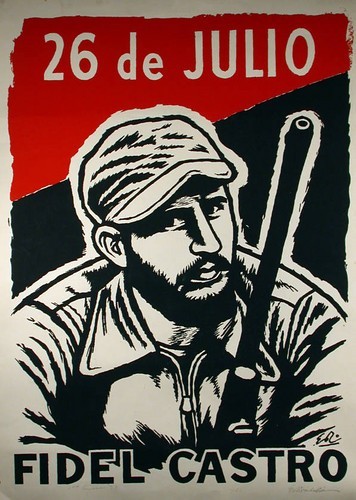 Since 1959 July 26th has been celebrated as Cuba's Day of National Rebellion. On July 26, 1953 a young lawyer named Fidel Castro led an ill-fated attack on Dictator Batista's Moncada Army Barracks. Most of the 120 rebels were killed in the attack or executed later and Fidel spent the next two years in a Batista prison. But throughout the Revolutionary War that finally ousted Batista in 1959, Fidel crowned July 26th as the symbol of the rebellion and the day has been celebrated in Cuba since 1959. 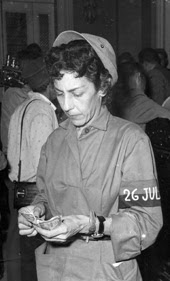 Throughout the Cuban Revolutionary War, even when Fidel was in prison from July of 1953 till May of 1955, Celia Sanchez -- the incomparable female guerrilla fighter and revolutionary leader -- kept the July 26th symbol alive by wearing arm bands. 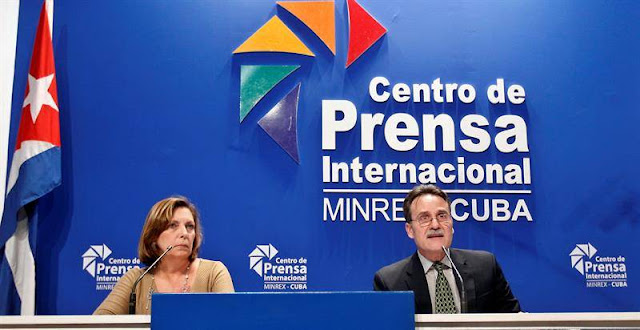 But this photo is the definitive one in Cuba on July 26, 2017. It may reflect Cuba's decision to no longer take negotiations with the United States seriously and instead the island will henceforth concentrate on dealing with friends -- such as Canada and Spain. Look at the sad expression on Josefina Vida's face. She has been Cuba's ultra-powerful Minister in charge of diplomatic affairs with the United States and in that capacity she negotiated remarkably positive advances in U.S.-Cuban relations with the friendly Obama administration. But the current Trump administration has sliced into those advances by restoring what Vidal calls "the Republican Batistiano rule." Therefore Vidal is quitting her post as Minister of North American Affairs and she will become Cuba's Ambassador to Canada. Her top assistant, Gustavo Machin, will become Ambassador to Spain. "Gus and I agree," Vidal said, "that wasting our time with Trump, Rubio and those who want to hurt us will be time that we should be spending with nations that want to treat us fairly as another sovereign nation." 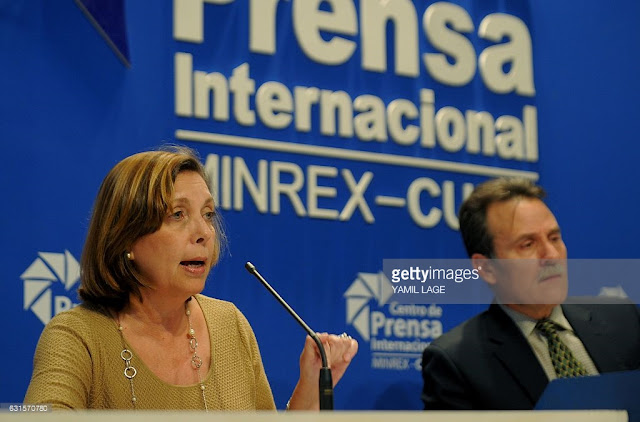 If Cuba's two top diplomats who know the United States best -- Josefina Vidal and Gustavo Machin -- believe it is no longer worth their time to deal with the U. S., suffice to say that post-Obama U.S.-Cuban relations are in the process of returning to the Cold War Bay of Pigs-Cuban Missile Crisis dark days of 1961 and 1962. The two skilled Cubans shown above had negotiated with Obama the reopening of embassies in Washington and Havana for the first time since 1961; U. S. commercial flights to Cuba for the first time since 1962; and other major benefits for both countries. But Vidal and Machin have now decided that waiting for another Obama-type administration in Washington is, according to Vidal, "a bridge too far, especially when futility in U. S. relations distracts from fruitful relations with our very best friends." 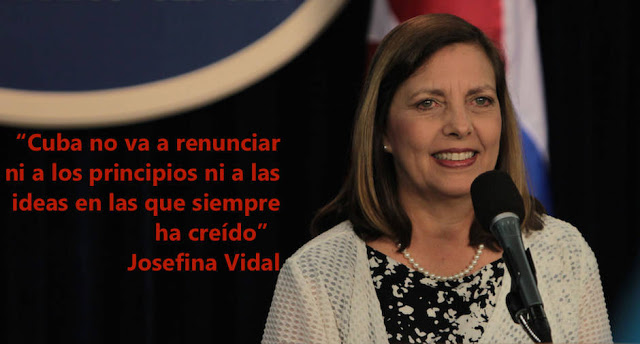 The monumental decision of Josefina Vidal to step down as Cuba's Minister of North American Affairs is a strong signal that the Caribbean island has decided to de-emphasize relations with the United States and re-emphasize relations with more friendly nations. Now as Cuba's Ambassador to Canada, she will not be saddled with the endless enmity from the United States, a realism only briefly interrupted by the bravery and decency of President Obama. The decision was Vidal's and if Cuba's highly respected prime diplomat regarding relations with the U. S. finally gives up even trying to work with the island's main and perhaps only enemy, it heralds a major shift in the U.S.-Cuban conundrum. Vidal: "All I have asked of the United States is for Cuba to be treated as a sovereign nation, not a Mafia-ruled possession. Obama treated us with respect and we reciprocated in kind. But any Republican U. S. president is obliged to let counter-revolutionary elements dictate harsh, even deadly, measures to our people. Since January 20th we have wasted too much time dealing with that." 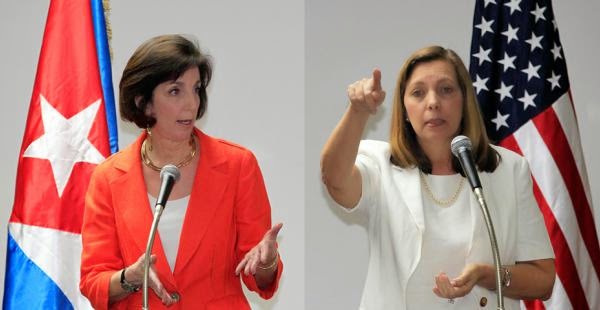 During the Obama presidency, America's best diplomat Roberta Jacobson engaged in four important and riveting diplomatic sessions with Cuba's best diplomat Josefina Vidal. But their earnest work can be erased by miscreants. 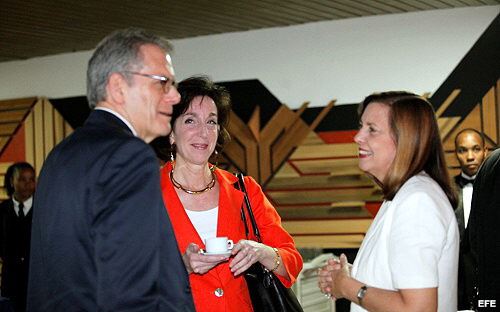 The three key U.S.-Cuban diplomats -- Jeffrey DeLaurentis, Roberta Jacobson, and Josefina Vidal -- had great respect for each other and, as above, rejoiced over the historic progress they forged. Jacobson had assured Vidal, "I think the advances we have made will hold because Obama will be replaced by another Democrat who will respect his overtures to Cuba and build on them." But Jacobson and other prognosticators were wrong and thus Cuba has been blind-sided by the Donald Trump phenomenon. 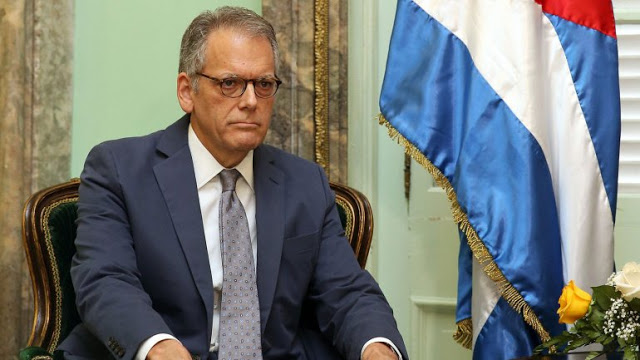 President Obama's perfect choice to be America's Ambassador to Cuba was Jeffrey DeLaurentis, a seasoned U. S. diplomat with vast knowledge of U.S.-Cuban relations. But three Cuban-American counter-revolutionary U. S. Senators -- Rubio, Cruz and Menendez -- easily and selfishly blocked that appointment and wouldn't let it come up for a vote in the Senate. DeLaurentis had served honorably in many diplomatic capacities, including in Cuba. When Josefina Vidal realized that the treatment of DeLaurentis proved that a handful of viciously anti-Cuban Cuban Americans again, with the advent of Trump, could dictate the U. S. Cuban policy, both Vidal and DeLaurentis agreed it was time to toss in the towel. DeLaurentis earlier this month resigned as head of the U. S. embassy in Havana and last Saturday Vidal informed DeLaurentis, "I understand your enemies, Jeffrey, and I know you will understand my decision to no longer deal with the U. S. You have been the victim of a great democracy that simply can't shed its Mafia designs on Cuba. And Cuba has actually spent too much time dealing with outstanding people like you only to find them overruled by a few rogues, something not expected in what once was a great democracy." 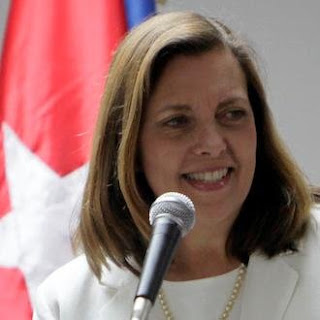 Born on February 18, 1961, Josefina Vidal has worked all her adult life while "waiting for our superpower northern neighbor to treat Cuba as a sovereign nation, not a punching bag or piggy-bank." She has been posted in capitals very vital to Cuba's existence, including Moscow, Paris and Washington. In addition to Spanish and Russian, she is fluent in English and French, which will serve her well as Cuba's new Ambassador to Canada. While working at the Cuban diplomatic mission, called an Interests Section, in Washington in 2003, the Bush administration -- always aligned with the most extremist Cuban-American counter-revolutionaries -- accused Vidal and her husband of being "spies," creating a tit-for-tat exchange in the Washington-Havana missions. But by then less-biased Americans fully recognized Vidal's brilliant defense of Cuba as well as her extraordinary knowledge of the island's decades-old primary opponents in Miami and in the Bush dynasty. In 2002 Caroline Kennedy hosted a gathering of top U. S. historians at the Kennedy Center in Boston but the speaker who got the loudest and longest ovation was Josefina Vidal. It is believed such recognition inspired Miami-Bush stalwarts to flagrantly try to counteract and demean her reputation by branding her a "spy" in 2003. 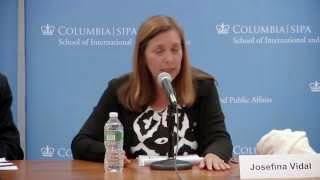 On September 26, 2013, at Columbia University in New York Josefina Vidal was the featured {and only} speaker at a seminar on U.S.-Cuban relations. It was a long, heart-wrenching speech that is still readily available in its entirety on YouTube. A video of the speech was made available to President Obama and he later referenced it as "a classic persuasion" that expedited his efforts to normalize Cuban relations. 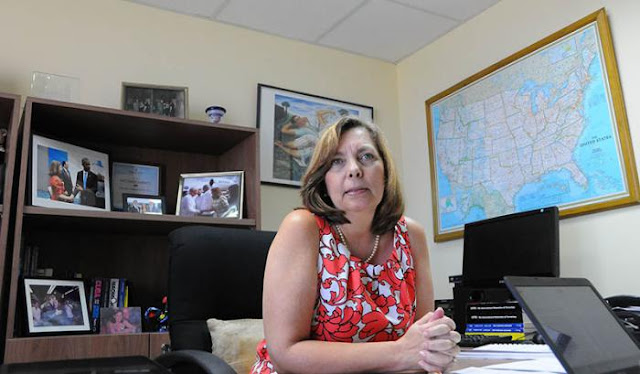 In 2004, a year when I happened to be in Cuba, Fidel Castro startled Josefina Vidal with this sentence: "If you have a desire to be the future leader of Cuba, you will have my full support." Quite aware of what that support entailed, she was teary-eyed when she explained that being President of Cuba was not her desire and she felt she could "serve you and Cuba best by devoting my time solely to issues with the United States." 2004 was two years before Fidel suffered what turned out to be his long-drawn-out fatal illness at age 90 in 2016 but by 2004 he realized his vibrancy as Cuba's leader was fading, as evidenced by a fainting spell during one long, sun-drenched speech and a fall from the stage following another speech that broke bones in his arm and knee. Before surprising Vidal, he had reminded her that his "loyal brother Raul" didn't savor the job because he preferred being the military leader who "also was home every night for family dinners." During his long life it is believed that Fidel Castro had just one true idol and soulmate -- Celia Sanchez. After she died of cancer in 1980, the one Cuban that reminded him of Celia Sanchez was Josefina Vidal. 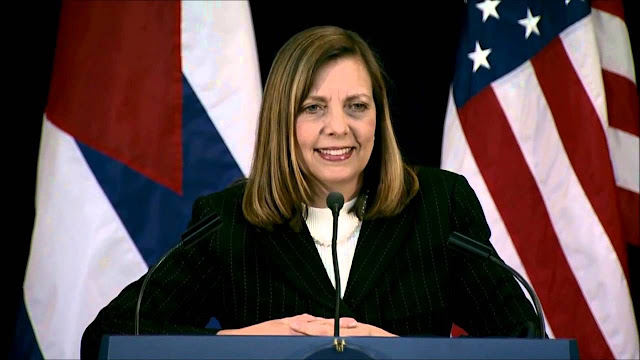 Like Fidel Castro in 2004, there are today a lot of Cubans who believe Josefina Vidal should be the leader of Cuba when 86-year-old Raul Castro steps down in February of 2018. Cubaninsider and other forums have long championed Vidal as a future top leader of Cuba. Some anti-Cuban narratives are already claiming Vidal's new assignment off the island relates to efforts among the Cuban hierarchy to quell talk about her being Raul Castro's successor. But the ambassadorship in Canada is her decision, one she now considers more vital than being Cuba's Minister of North American Affairs when the American portion of that title continues in its endless counter-revolutionary mode. Revolutionary Cuba, which elevated women to new heights on the island, is surely primed for a post-Castro female leader. But Vidal prefers that it would be someone like Johana Tablada, Rosa Miriam Elizalde or Ana Mari Machado. Having concluded that America's Cuban policy will continue to be "tainted" by Cuban-exile extremists, Vidal's diplomatic skills, she believes, need to be focused exclusivity on friendly nations. Canada is a key friendly nation where the current Prime Minister Justin Trudeau and his late Prime Minister father Pierre are/were both close friends of Cuba and Fidel Castro. Josefina Vidal's new job as Ambassador to Canada will serve Cuba and Canada well as America's Obama-orchestrated decency towards Cuba fades away into indecency.