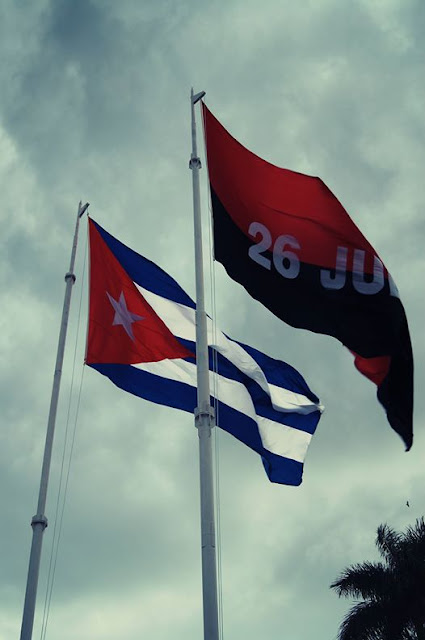 The photo above shows the Cuban flag flying high this week -- July 26, 2017 -- right behind a July 26 flag. Each July 26th since the triumph of the Cuban Revolution in 1959 Cuba has celebrated that day as its National Day of Rebellion. It refers to July 26 in 1953 when 120 lightly armed rebels, led by a young lawyer named Fidel Castro, mounted an ill-fated attack on Dictator Batista's heavily armed Moncada Army Barracks. It was disaster for the rebels but it marked the start of what turned out to be a popular uprising and revolutionary war that overthrew the U.S.-backed and Mafia-backed Batista dictatorship. Over a half-century later, remarkably, Revolutionary Cuba still survives even though, also remarkably, it has had to withstand constant counter-revolutionary efforts from transplanted Batistianos and Mafiosi in nearby America. 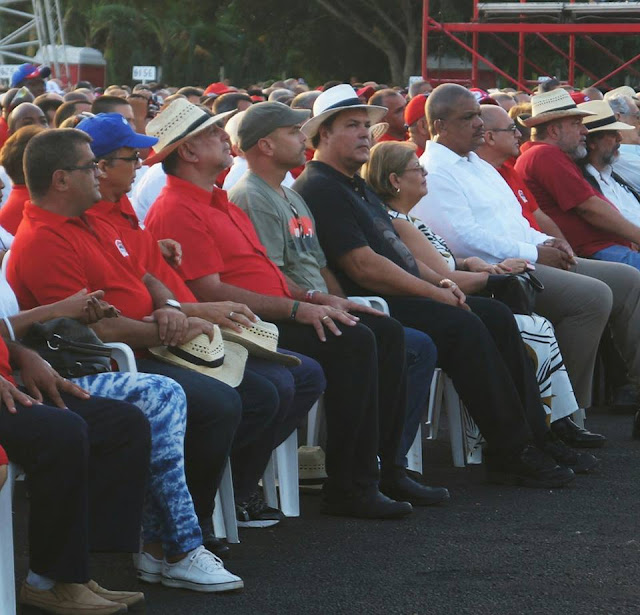 All across Cuba attentive crowds like this respectfully listened to speakers -- mostly non-government individuals -- touting the Day of Rebellion celebrations. 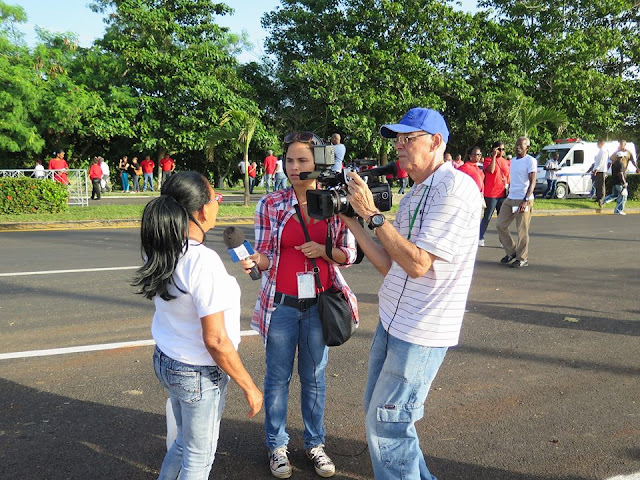 This photo taken in Real Time also reflects the rhythms and pulses of today's Cuba. It shows young and talented broadcast journalist Rosy Amaro Perez interviewing a Cuban lady about how she feels about celebrating the National Day of Rebellion on July 26-2017 all these many decades after the 1953 rebellion. 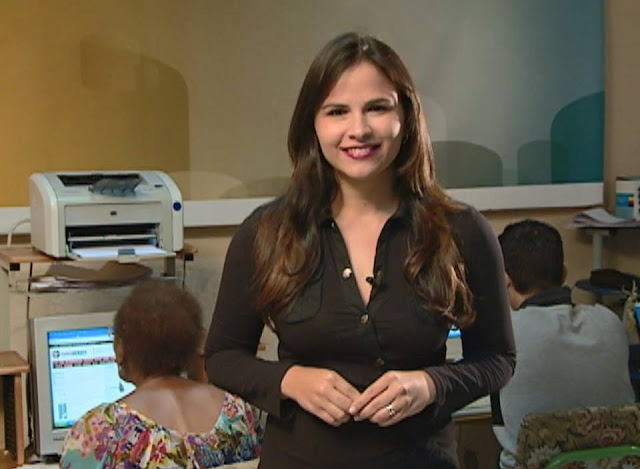 This photo shows Rosy Amaro Perez back in her television studio while the interviews she had gotten earlier on July 26th were being edited for airtime. Highly educated and well-trained broadcasters like Rosy work for state radio and television outlets and are excellent journalists who fairly report the news on their island. Contrary to what Americans are told, journalist like Rosy are far more inclined to side with everyday Cubans than with the government when disputes or complaints arise. On the other hand, Rosy is typical among the all-important young-adult generation of Cubans who strongly love their island and its hard-earned sovereignty. Thus, like the government itself, Rosy and most of the young-adults in Cuba are quick to sense hints of domestic dissidents supported or encouraged by foreign factions, especially rich and powerful counter-revolutionaries in both Miami and Washington, D. C. 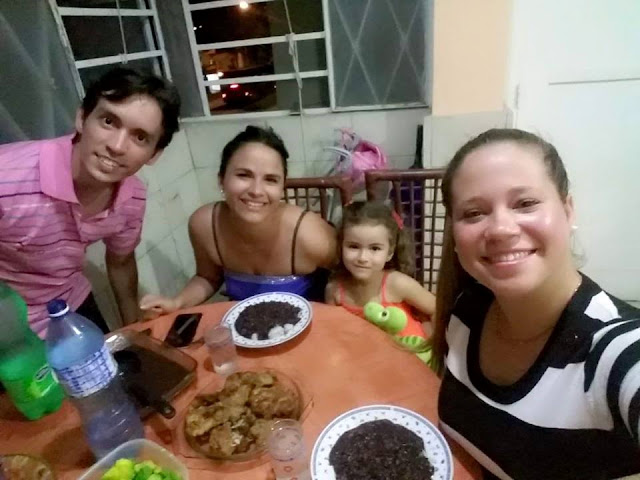 Despite her ubiquity as a broadcaster and her influence as a leader of Cuba's young-adult generation, Rosy Amaro Perez considers herself an everyday Cuban. She is a happily married wife and mother. The photo above reflects the renowned camaraderie of Cubans, including the well-educated and healthy young-adults who will predicate the island's future. The above meal was prepared by Rosy and her beautiful daughter and shared with two of Rosy's young adult friends. In my opinion, as long as Cubans on the island like Rosy represent the current and future heartbeat of Cuba, the island will survive...come hell or high water... despite Miami extremists. 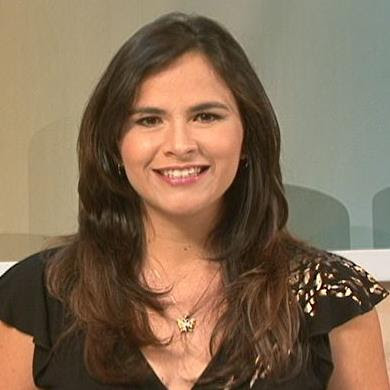 Rosy Amaro Perez is emblematic of what makes the island so special, so pugnacious, and so intriguing. In monitoring Rosy to ascertain the rhythms and pulses of today's Cuba, if I detect any hints that her zest for life and for her beloved island is fading, it will, I think, be far more indicative of the Revolution's demise than anything the counter-revolutionaries in Miami and Washington may be up to. 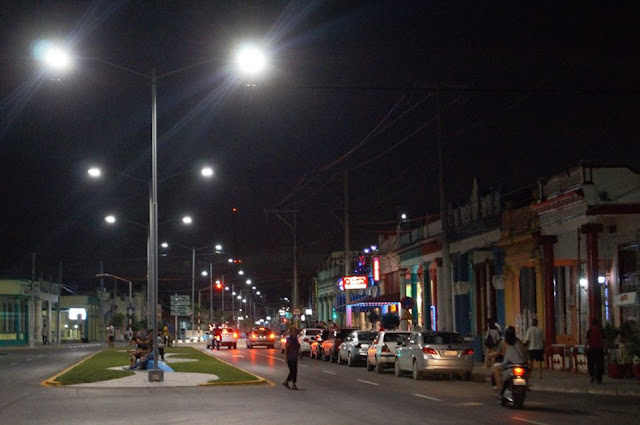 This photo this week, by the way, is courtesy of Rosy Amaro Perez. It's a nighttime depiction of a safe, peaceful street in beautiful Pinar del Rio on the outskirts of Havana. Note the relatively modern cars parked in front of a popular nightspot.

Pinar del Rio Province, shown above in red, is located southwest of Havana and just an easy ride from the capital city. Astute tourists know all about Pinar del Rio. 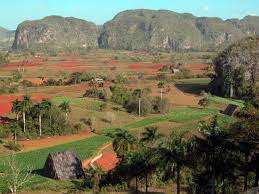 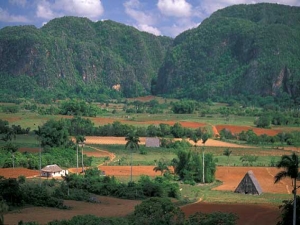 Many tourists consider Vinales Valley in Pinar del Rio Province to be one of the planet's most beautiful, unique and enchanting valleys...and for very good reasons. 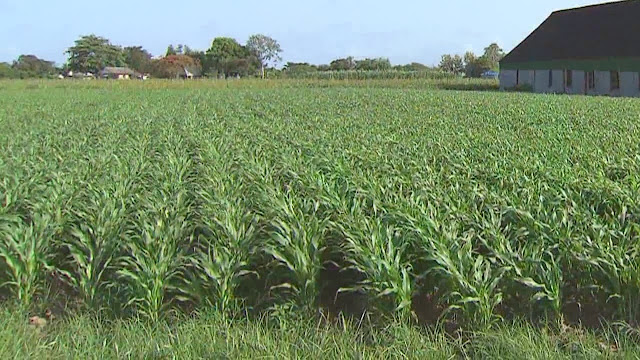 The best tobacco is grown in Vinales Valley.

And by the way, the photo of the modern tobacco field in Vinales Valley reminds me of the very historic AP photo and caption depicted above. Yes, "beginning in January of 1960" precisely one year after the triumph of the Cuban Revolution, "CIA planes from Florida" began attacking Cuban sugar cane and tobacco fields "with napalm-type bombs." Such gutless undemocratic viciousness showed zero concern for innocent everyday Cubans working those fields and zero concern for the U. S. democracy. Yet, because of a gutless and unpatriotic generation of Americans -- unlike the Greatest Generation that helped win World War II -- various forms of undemocratic viciousness has continued from January of 1960 till July of 2017 against Revolutionary Cuba. Of course, with Batistianos dictating the Cuban narrative in the U. S., Americans are not supposed to judge or study this historic AP photo-caption. 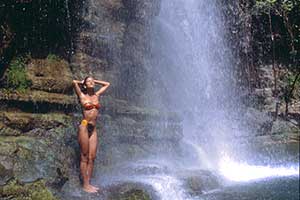 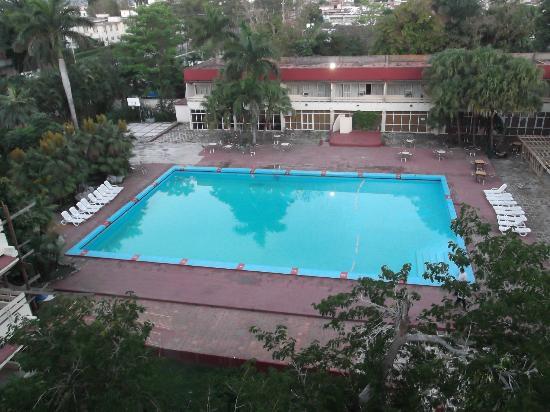 Hotel Islazul in Pinar del Rio.
AND BY THE WAY:

Americans since 1959 have been relentlessly bombarded with anti-Cuban Revolution propaganda by the likes of Jose Diaz-Balart. He is a powerful counter-revolutionary propagandist and also a high-profile news anchor on the Telemundo, MSNBC, and NBC television networks. His father Rafael was one of the top Ministers in Cuba's Batista dictatorship and then one of the richest and most militant counter-revolutionaries in Florida beginning in 1959. So, to this day Americans are supposed to ignore or mock positive and topical updates on Cubans like Rosy Amaro Perez or Cuban tourist attractions like Vinales Valley in Pinar del Rio while also pretending that historic photos that depict cowardly and terrorist acts against innocents Cubans from U. S. soil in Florida have never happened. But, of course, anything that someone like Jose Diaz-Balart says about Cuba is supposed to be taken as the gospel truth. 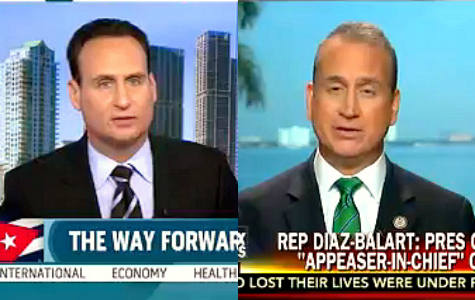 And so...Americans, inundated with anti-Cuban lies from anti-Cuban propagandists, are not supposed to comprehend the propaganda depicted above on national television. On the left is anchor Jose Diaz-Balart interviewing his brother Mario Diaz-Balart. They are the sons of one of the most powerful Ministers in the Batista dictatorship in Cuba and, like their father, they are fiercely rich and powerful counter-revolutionary zealots -- Jose as a high-profile television anchor and Mario as a member of the U. S. Congress from Miami who firmly believes that only counter-revolutionary Cubans like him should dictate America's Cuban policies. So, hey America!! If you missed the above interview by Jose of his brother Mario, you should try to Google it up again so you can get further updated on anti-Cuban propaganda.
Meanwhile: 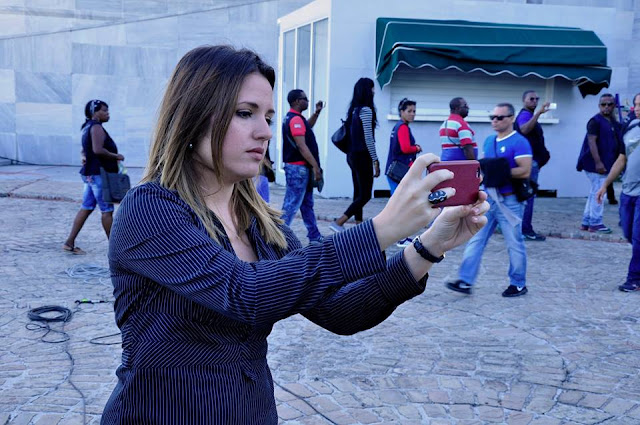 Cuba's top broadcast journalist is anchor Cristina Escobar. On both Cuban and American soil and airways she has stated: "Cuban journalists have more freedom to tell the truth about the U. S. than U. S. journalists have to tell the truth about Cuba." and "Cuba's fate is up to Cubans on the island, not Cubans in Miami and Washington." Unpropagandized and patriotic Americans, I believe, need the freedom and the wherewithal to be able to fairly judge whether Cristina Escobar or Jose Diaz-Balart is more truthful and honorable...not for Cuba's sake but for America's safe.