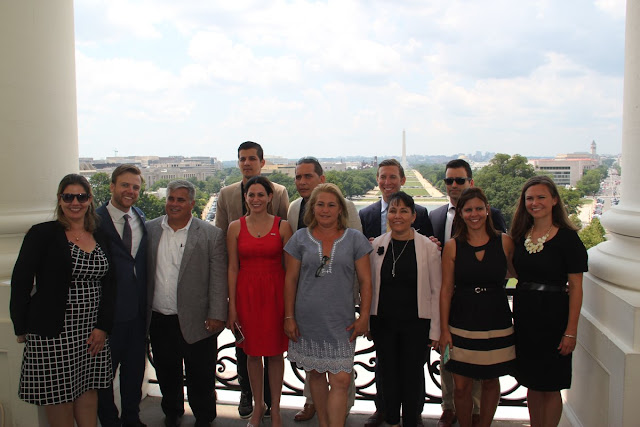 The photo above, courtesy of the Washington-based Center for Democracy in the Americas, emphatically reflects the decades-old battle of decent, democracy-loving Americans contesting the indecent handful of self-serving Cuban-Americans and their easily-acquired roguish-thuggish political sycophants who assault totally innocent Cubans on the nearby island. The folks above are hard-working Cuban entrepreneurs trying desperately to make honest livings in Cuba to support their families. Former American President Barack Obama bravely gave them those chances as he defied the vicious handful of Cuban-Americans in Miami and in the U. S. Congress who constitute the biggest enemies confronting these very decent Cubans. And that's why, for the second time, Cuban entrepreneurs made their way to Washington TO BEG the administration of President Trump to "not turn-back the advances in our lives orchestrated in recent years by President Obama and the Cuban government." 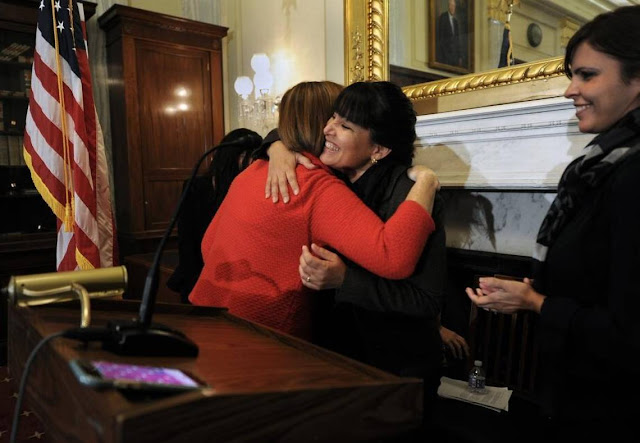 The CDA photo above should touch the heartstrings of every democracy-loving American. It was taken this week in Washington as Cuban entrepreneurs begged the United States democracy to allow them to continue to make decent livings on their island with their private entrepreneurial businesses. It was an amazing plea, especially in the hallowed halls of the world's greatest and strongest democracy. The lady on the right...the one clapping and smiling...is Cuban entrepreneur Yamina Vicente. The lady in the middle is Cuban entrepreneur Julia de la Rosa. Julia is warmly hugging U. S. Congresswoman Kathy Castor, the brave democracy-loving, Miami-born member of the U. S. Congress from Tampa Bay, Florida. For the sake of America and for the sake of totally innocent and hard-working Cubans, Kathy Castor has worked hard all her political life doing only decent things for democracy and Americans, but she has been opposed every step of the way by rogues. 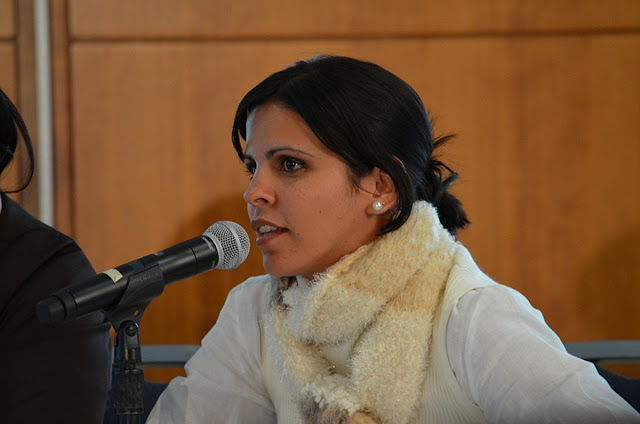 At the microphone above is Yamina Vicente, the Cuban entrepreneur who started her thriving private business in Havana thanks to Obama but now she has to plead with Trump ...who is now the President of the World's superpower..."not to close those doors that my family and thousands of other Cuban families so badly need to stay open." The saddest thing about Yamina's plea is this basic, sheer fact: Not enough Americans care enough about Yamina and about democracy to give a damn. 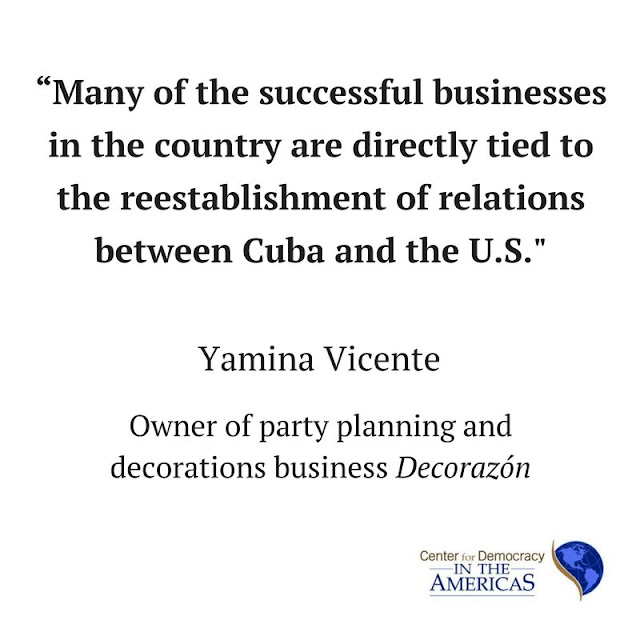 The quotation above is from Yamina Vicente and is courtesy of the Center for Democracy in the Americas. It was taken from the written and verbal pleas decent Cubans like Yamina made to the President of the United States this week in Washington. If you study the quotation above, and if you love decency and democracy, you perhaps will weep: A decent, hard-working woman in a tiny country BEGGING A SUPERPOWER to allow her to continue making a decent living for her family. Americans who do not have the courage to support Yamina, I believe, should at least know the great Americans who do and the indecent Americans who do not. 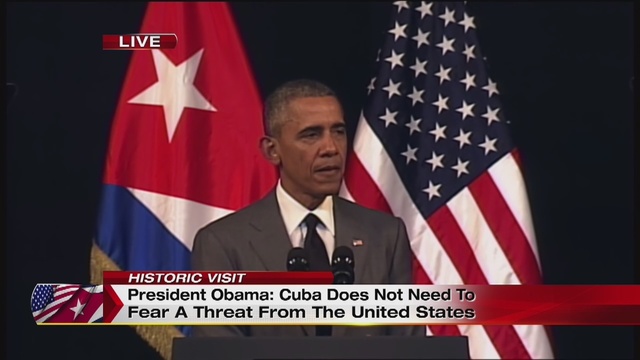 Former U. S. President Barack Obama is a decent, democracy loving man. He supports decent and hard-working Cubans like Yamina Vicente. In 2016 Obama became the first sitting U. S. President to visit Cuba since 1928. In an address carried live on Cuban state television, Yamina and most of the other 11 millions Cubans heard Obama say: "Cuba does not need to fear a threat from the United States." She also heard him say that the United States, at long last, would support private Cuban citizens who started their own businesses and employed other Cubans. Yamina, with happy tears flowing down her cheeks, rejoiced over the bold support President Obama was providing her and thousands of Cubans like her. 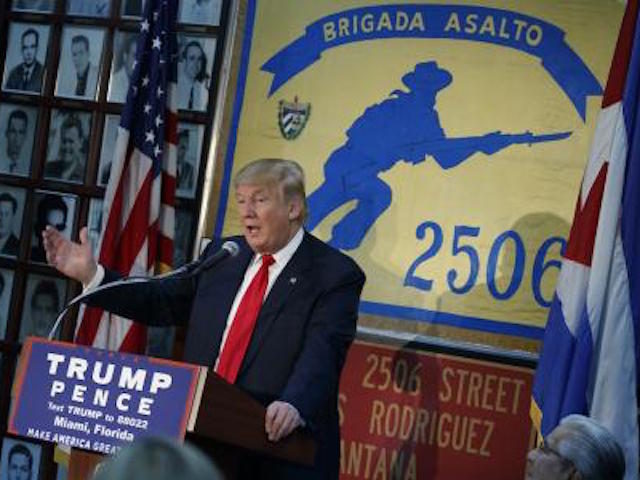 But then the new U. S. President, Trump, went to Little Havana in Miami and stood before a huge Bay of Pigs Assault Banner and very cowardly vowed to the surviving Bay of Pigs veterans that he would essentially help them reverse their disastrous April-1961 military attack on Cuba. That Trump speech was also carried live from Little Havana USA on Cuban state television. It changed Yamina Vicente's Obama-produced happy tears to Trump-produced sad tears, revealing the undemocratic nuances of America's titillating and vacillating evil designs on sovereign, vulnerable Cuba.

A decent, democracy-loving American, Kathy Castor was born in Miami 50-years-ago. Since 2007 she has very bravely and decently represented the Tampa area of Florida in the U. S. Congress. In Florida, in Congress and in Cuba itself, Kathy Castor has done everything she can to bring decency and sanity to America's Cuban policy. Decent, hard-working Cubans on the island deeply appreciate democracy-loving Americans like Kathy Castor. A photo in Washington this week, the second one from the top in this update, shows Cuban entrepreneurs Yamina Vicente and Julia de la Rosa warmly and graciously thanking Kathy Castor. And so should Americans. 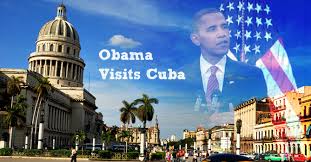 The United States of America, the Land of the Free and the Home of the Brave, has had only one sitting President since 1928 with the bravery and decency to not only visit Cuba but to do all he possibly could to bring sanity and decency to America's Cuban policy that rightfully garners that 191-to-0 condemnation in the United Nations. But the Trump-led Republicans who now rule the White House and both branches of Congress can be expected, as we've already heard from Trump himself, to put America's post-Obama Cuban policy back solely in the greedy hands of only the most vicious counter-revolutionary Cuban-Americans in Miami and in Congress. That is a slap in the face to both democracy and the Obama legacy. And yet, the current make-up of Americans -- arguably the most unpatriotic cowards in America's history -- can be expected to sit  back and let it happen. Meanwhile, America's and democracy's enemies around the world wildly cheer-on America's Cuban policy while America's best friends around the world feel embarrassed and ashamed. Yes, America!! In the heralded hallowed halls of the U. S. Congress there is a difference between Mario Diaz-Balart and Kathy Castor. And not to know that difference speaks volumes about how patriotic or unpatriotic Americans are during the Obama-to-Trump transition.