Two Such Steps on Monday!! 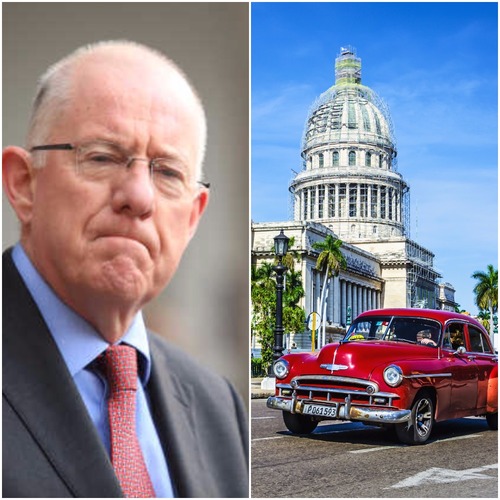 This photo is courtesy of Ireland's thejournal.ie and it heralds a major step forward for Cuba starting Monday, Dec. 12-2016. On Monday in Brussels Ireland's Minister for Foreign Affairs Charlie Flanagan will sign an important document that is entitled: "EU-Cuba Political Dialogue and Cooperative Agreement." It's the product of an initiative begun by Ireland in April of 2014 after it was known that U. S. President Obama was trying to normalize relations with Cuba. Mr. Flanagan issued this official statement: "Cuba's relations with the European Union have improved significantly in recent years. This will put our relations firmly on a more forward looking footing." Mr. Flanagan said the aim of the agreement is "to support the transition process of the Cuban economy" while also encouraging more democracy on the island. It also, of course, reflects Cuba's willingness and eagerness to become more open to the world and less defensive while also adamantly insisting on charting its own course in continued defiance of the anti-Cuban dictates of Cuban-American hardliners in Congress and in Republican White Houses, including the upcoming belligerent Trump presidency that will replace the decent efforts forged by President Obama, who leaves office on January 20 of the fast-approaching New Year. 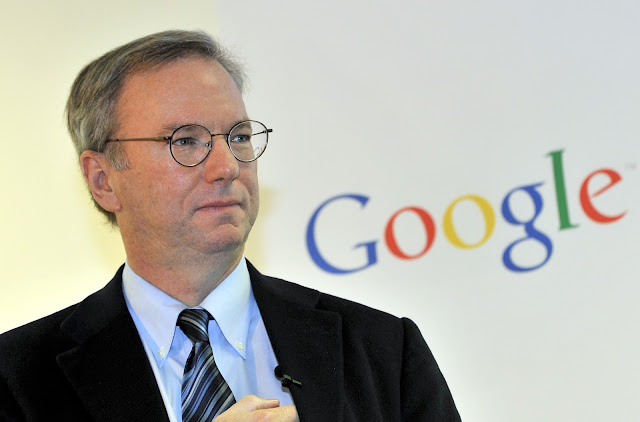 On Monday morning, Dec. 12-2016 Eric Schmidt -- the Chairman of media giant G o o g l e -- will be in Havana to sign a major deal with the Cuban government, one that will severely disappoint the vast and lucrative beneficiaries of the Castro Cottage Industry in the United States and the self-serving supporters of the United States embargo against Cuba. The deal will be massively pro-Obama and starkly anti-Trump.

The agreement to be signed Monday morning between Mr. Schmidt and Cuba will allow Cubans to have ready access to the massive Google Global Cache that includes other Google-owned sites such as YouTube, Gmail and Google Drive. Circumventing America's Cuban embargo, the agreement will dishearten the anti-Cuban Batistiano zealots who insist on dictating America's Cuban policy to fit their own whims. 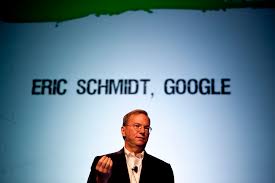 Hooking up so emphatically with Eric Schmidt's incomparable Google behemoth will be a major step forward for Cuba and a giant step backwards for the anti-Cuban zealots in Miami, Congress and the incoming Trump White House. The 61-year-old, Virginia-born Mr. Schmidt is already personally worth $11.3 billion while Google itself is worth more than most countries. They will be great partners for Cuba. 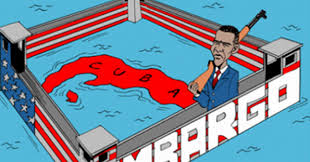 President Barack Obama entered the White House almost eight years ago marching to the awesome constraints of the cruel, decades-old embargo against Cuba, an abomination that had been greatly enhanced in the previous eight years by the Batistiano-aligned administration of George W Bush. 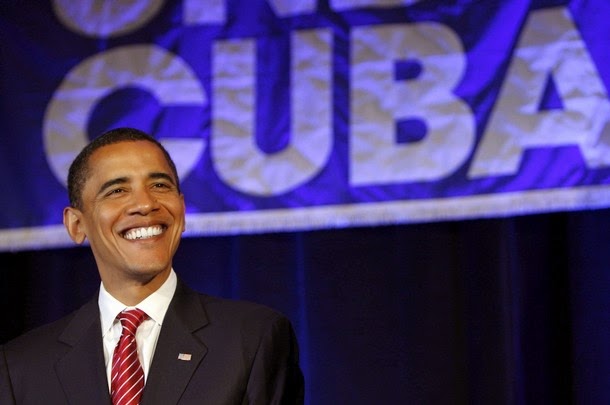 Mr. Obama in recent years has done more than any previous American president or any previous American citizen in showing respect and kindness to everyday Cuban citizens and, in doing so, has also shown massive respect for America and its democracy. He has, simply put, tried mightily to correct an atrocious, extremely cruel, and cowardly Batistiano-directed Cuban policy that currently has a 191-to-0 condemnation vote in the United Nations. After slicing majestically into the omnipotent Batistiano-directed Congressional dictates relating to Cuba, last week Obama advised more U. S. businesses to sign deals with Cuba while he is still in office to make it harder for Mr. Trump to erase his Cuban advances beginning in January. Monday's Google contract with Cuba will be a direct response to Mr. Obama's request. 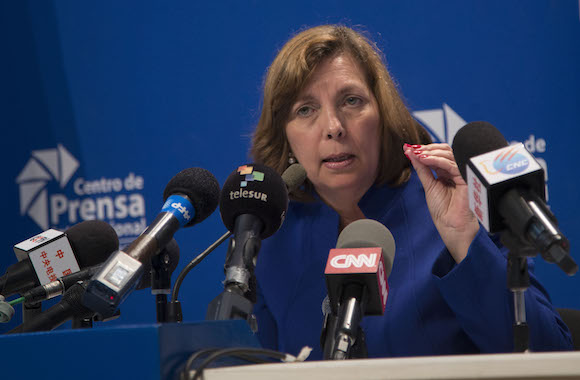 Also last week Josefina Vidal -- Cuba's brilliant and bold Minister in charge of United States relations -- announced that she anticipated "at least half-a-dozen major new business deals with American companies" would be signed before President Obama leaves office. The Google deal Cuba will sign Monday morning reflects another gigantic accomplishment for Vidal. She, like President Obama, hopes to make the Obama-fueled positives "as irreversible as possible" although both well know that the Republican Trump in the White House will be backed by Republican control of both chambers of Congress, which capitulates to a handful of hardline Batistianos like a trained puppy-dog taught to roll-over on command. After learning of Cuba's deal with Google that will be signed Monday, one of the two main Obama advisors regarding Cuba quipped this weekend, "Trump might nuke Cuba but he and Congress won't out-smart the Cuban Vidal."