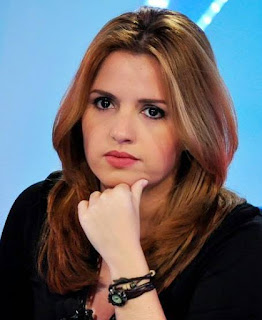 Study this photo. It speaks loudly, and more than a thousand words. If you are an American and you read a thousand words in the U. S. media about Cuba, or listen to a thousand words on network television, you are willing to be propagandized and lied to about U.S.-Cuban relations -- where they have been and where they are going in the closing days of 2016 as President Obama's two-term presidency draws to a close to make way at the start of 2017 to the presidency of Donald Trump. From Cuba's standpoint, going from a decent and respectful Democrat president to an unknown but suspiciously indecent Republican president, is the equivalent of going from Peace to War. If that sounds too harsh or too much of an exaggeration, I believe it's because you do not comprehend the pulse or the rhythms of Cuba. Aspects of the Obama government will speak the truth; unfortunately, there are no aspects of the U. S. media that has either the courage or the integrity to tell you the truth about Cuba. Typically for the U. S. media, America's largest newspaper -- USA Today -- sends a visceral anti-Castro Cuban-American Alan Gomez --  back-and-forth from Miami to Cuba for the purpose of spewing lies and distortions; in recent days, Mr. Gomez has told his readers that all of Cuba's 11.2 million citizens are wildly happy that Fidel Castro has died and are joyous over the prospect that an incoming Republican president aligned with a Republican dominance of Congress will quickly in 2017 restore the Batistiano-Mafiosi rule to Cuba. Maybe, maybe not. Have you studied the photo above? That's Cristina Escobar. She is a superbly talented broadcast journalist in Cuba...bilingual, well-educated, healthy, married, awesomely intelligent and pure Cuban. It is highly likely that young adults on the island, twentysomethings like Cristina, will predicate Cuba's fate going forward...either that or the incoming U. S. Commander-in-Chief will have to annihilate them because Cristina's Cuban-based love for Cuba easily matches the U.S.-based Batistiano's hatred of Revolutionary Cuba. In the above photo, Cristina had a lot to ponder -- including Obama, Trump, and the impact of Fidel Castro's death. In Washington and in Havana Cristina, as a journalist and as a Cuban, has laid down her two prime mantras: {1} "Cuba's fate is up to Cubans on the island, not Cubans in Miami and Washington;" and {2} "Journalists in Cuba have more freedom to tell the truth about the U. S. than journalists in the U. S. have to tell the truth about Cuba." The nearby world superpower has the capacity to dismiss or wipe out Cristina's views and plans for Cuba -- especially with a Republican president, a Republican Congress, and an incompetent or cowardly U. S. media. Cristina understands that, but it's not likely to deter her. She seems to possess Celia Sanchez-type Cuban grit. 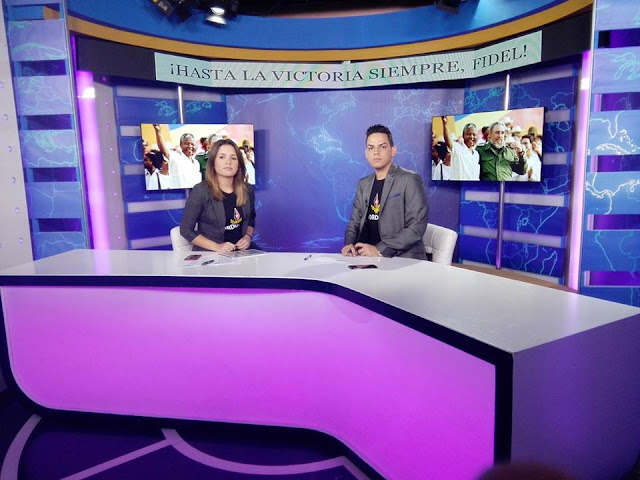 This photo shows Cristina Escobar and her co-anchor Lazaro Manuel Alonzo on a very tough day as they reported on the death of 90-year-old Fidel Castro. Americans are told by the U. S. media that there is no lingering sadness over the passing of the island's revolutionary icon, but Cristina and Lazaro didn't try to hide their acute sadness. In the U. S. only the most anti-Castro zealots -- Alan Gomez, Boris Sanchez, the Diaz-Balart brothers whose father was a key Batista Minister chased to Miami, etc. -- are allowed to use the U. S. media to propagandize against Revolutionary Cuba. Cuba even allows the three most famed dissidents on the island to fly back-and-forth to Miami and Congress where they continually get refurbished to return to Cuba and try to unseat the government or cause mayhem that puts it in a bad light -- and them in a good light as patriots, not Castro Cottage Industry benefactors. When U. S. journalists go to Cuba, they don't have the freedom to ask important young Cubans like Cristina and Lazaro what they think, and they are important not just as talented journalists but as young adults who care deeply about Cubans on the island as they try to chart a sovereign nation in which greedy and revengeful miscreants hiding behind the skirts of the world's superpower can't eternally use Cubans as pawns and guinea pigs. 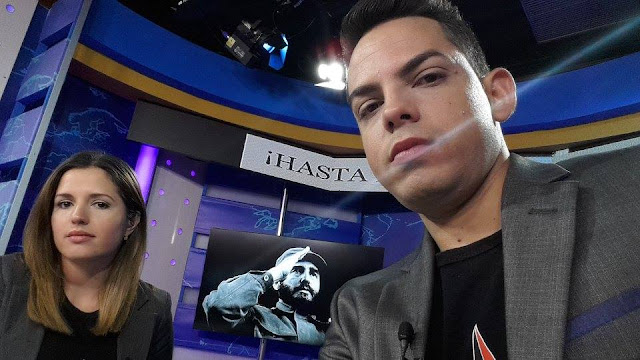 After their live broadcasts on November 26th about the death of Fidel Castro, Cristina and Lazaro still shared their heartfelt grief. Propagandized Americans belittle them that right, or sanctimoniously maintain that these two young Cubans are not as smart as they are or have not had the insight and clarity about the Batistianos, the Mafiosi, and the Revolution that they have. It is for those reasons that Cuba's post-Fidel fate should reside solely in the hands of young Cubans like Cristina and Lazaro, not a few foreign thugs. 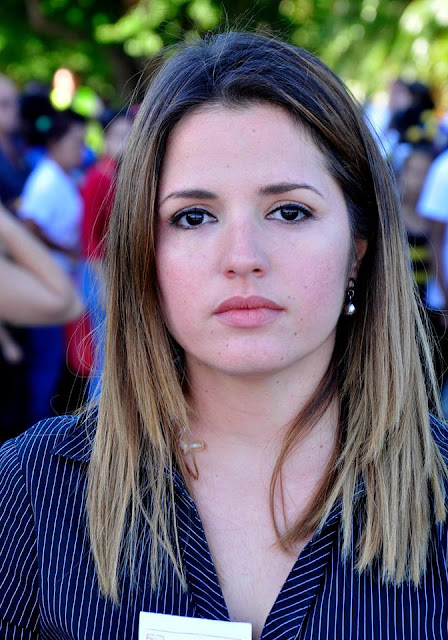 This photo of Cristina Escobar reflects the sadness she feels over the death of Fidel Castro. The exceedingly rich and always unchallenged Diaz-Balarts in Miami and Washington don't believe Cristina in her own sovereign country should have the freedom to feel sad over the death of the Cuban rebel famed for chasing the Diaz-Balarts and other Batista-connected "saints" to Miami and Washington two generations ago. But I think she deserves her opinions, and I say that not just because I respect her and 11 million other innocent Cubans on the island but because, most of all, I respect the U. S. democracy that has taken...and continues to take...a terrible hit from a Cuban policy mostly dictated by rogues in shameful defiance of decent Americans like President Obama. With unanimity, that recent 191-to-0 vote in the United Nations agrees wholeheartedly with me and I believe it is an undemocratic shame that many Americans don't. Cristina Escobar: "Cuba's fate is up to Cubans on the island, not Cubans in Miami and Washington." 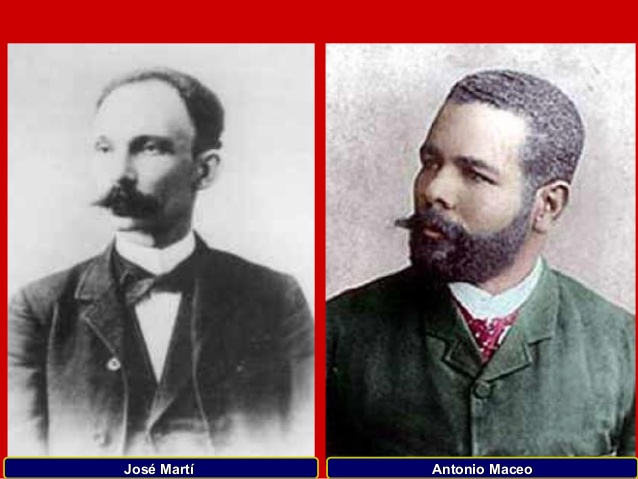 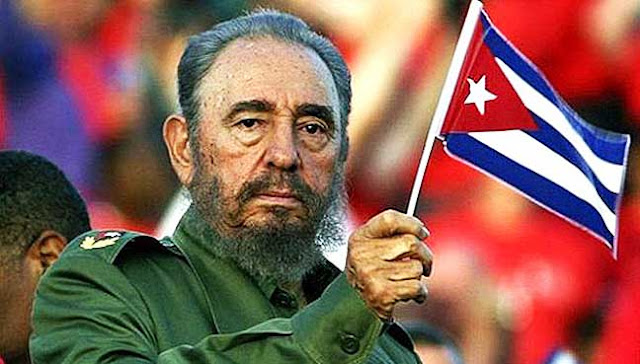 For the last 70 of his 90 years, Fidel Castro ended up as the most successful fighter for Cuban sovereignty, a fact that will eternally make him a pariah and his legacy an historical blight for his enemies, but just a few weeks before he died the 191-to-0 vote in the UN supported his Cuba, not America's Cuba. 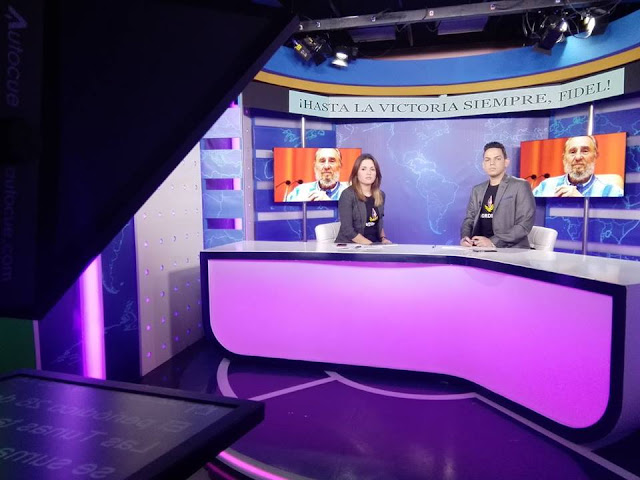 If indeed Cuba's fate is up to Cubans on the island, not Cubans in Miami and Washington, the island's future should in the hands and hearts of young Cuban patriots like Cristina Escobar and Lazaro Manuel Alonso, not a few American and Cuban-American rogues who get away with dictating to Americans such absurdities as...0 is a larger number than 191. TRUST ME, it's not. 191 is larger than zero. Really!! 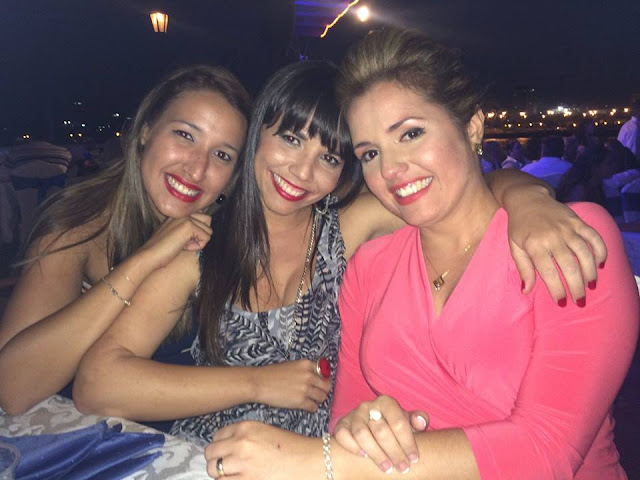 Cristina Escobar: Night-out with two good friends.
They like their Cuba, and they have a right to.