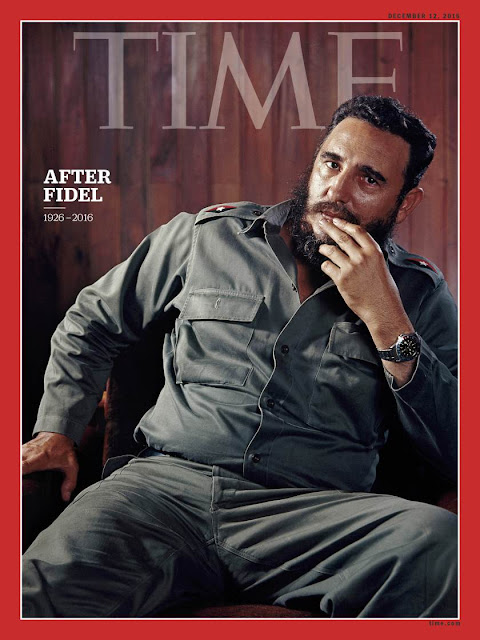 My copy of Time Magazine -- Dated Dec. 12-2016 -- arrived in my mailbox Sunday, Dec. 4-2016. It's major article was entitled "After Fidel" and it reviewed the historic life of Cuban Revolutionary icon Fidel Castro from his birth on Aug. 13-1926 till his death at age 90 on Nov. 25-2016. The cover photo was taken by Yousuf Karsh. The long, incisive and fair-minded article also predicted Cuba's future without Fidel Castro. 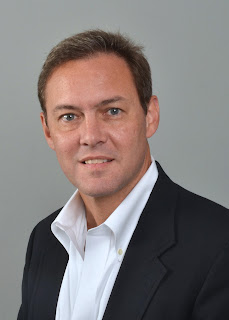 Time Magazine wisely selected Tim Padgett to write its topical review of Fidel Castro's life and how it everlastingly impacted the world, especially Cuba and the United States. Mr. Padgett is also the perfect journalist to project how Fidel's life and now his death will impact the Caribbean, Latin America, and the world -- especially Cuba and the United States. Fidel, for example, reshaped the Western Hemisphere when his Revolution shocked the world by becoming the first popular uprising in a small country to overthrow a U.S.-backed dictatorship, a massively significant and historic event because at the very time the United States supported the extremely wicked Batista-Mafia dictatorship in Cuba -- 1952 till 1959 -- the United States was also backing equally wicked dictatorships such as Trujillo in the Dominican Republic and Somoza in Nicaragua. This marked the first time that the world's most respected Democracy, America's, had succumbed to the greed of right-wing thugs. In fact, from the early 1950s till the early 1970s, right-wingers within the bowels of the U. S. government were permitted to use the unchallenged might of the U. S. economy and military to sponsor coups that overthrew governments in countries such as Guatemala, Chile and even Iran just so U.S.-friendly dictators could reign. The adverse consequences still linger and will also impact generations to come. The US-UK coup in Iran coveted Iran's oil but years later in 1979 the extremists Islamic Revolution in turn overthrew the US-UK friendly dictator, the Shaw of Iran. In Chile in 1973 U. S. right-wingers...famed names like Nixon and Kissinger...supported the bloody coup that overturned the democratically elected government of Salvador Allende, Fidel Castro's dear friend who actually died using the engraved AK-47 rifle Fidel had given him as an inauguration gift. After the death of the democratically elected Allende, Chile's U.S.-friendly dictator -- Augusto Pinochet -- ruled for 17 bloody years as one of history's all-time most murderous dictators. Fidel Castro's big revolution in little Cuba changed such things, helping to usher in democracies to replace U.S.-backed dictators. Michelle Bachelet, for example, is now the two-term Castro-loving President of Chile in a true democracy. President Bachelet -- as well as history -- remembers that her beloved father was one of the countless victims of Pinochet's murderous reign. Other revolutions, such as current Nicaraguan leader Danny Ortega's, drastically changed that nation from a U.S.-friendly Somoza dictatorship to the current Castro-loving Ortega strongman rule that masquerades as an anti-American democracy. A prime architect of those drastic changes was Fidel Castro, whose long-shot revolution in Cuba inspired sovereignty revolts and/or democratic elections across a wide swath of Latin America -- and elsewhere. For example, the current democratically elected President of South Africa was sure to be in attendance at the mostly private ceremonies surrounding Fidel Castro's funeral Sunday, Nov. 4th, 2016. That's because all the democratically elected Presidents of South Africa -- including the beloved Nelson Mandela -- credit Fidel Castro with ending apartheid and ushering in Democracy in South Africa. Tim Padgett joined Time Magazine as the head of its bureau in Mexico City in 1996. Since then, Mr. Padgett has worked extensively in Miami and in Havana and is today a world-class expert on U.S.-Cuban relations, a relationship that today mainly reflects the input and impact of Fidel Castro as well as the two generations of Batistianos and Mafiosi that Fidel chased off his island only to see them create a functional government within the bowels of the U. S. government. While the Batistianos since 1959 have mostly dictated the Cuban narrative as well as America's Cuban policy, please note that Tim Padgett is not a Batistiano but he is a great journalist with remarkable insight into the imprints and footprints Fidel Castro made on the world, especially Cuba and the United States. So, if it didn't arrive in your mailbox, purchase this week's copy of Time Magazine and study Padgett's summation of Fidel Castro's impactful life and his prediction of what lies ahead for Cuba and the United States. Padgett's views are the antipathy of Batistiano propaganda although not pro-Castro. 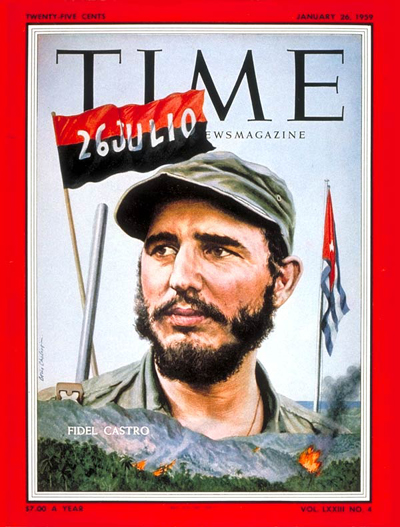 Starting in Jan.-1959, Time Magazine cover articles of Fidel Castro have chronicled the significant life of one of history's all-time most famous men -- and surely one of the most beloved and most reviled.

Fidel Castro has been on nine Time Magazine covers. 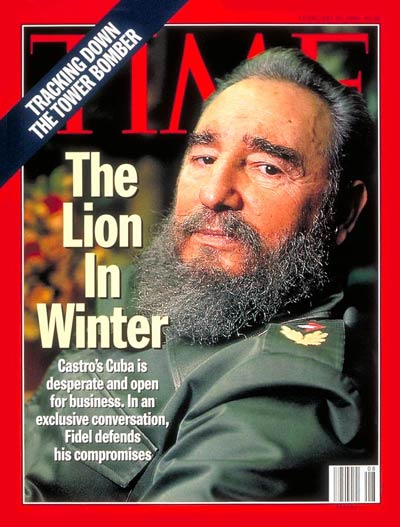 Time Magazine's "LION IN WINTER" has finally died at age 90...of old age, which is also significant since the Guinness Book of World Records registers the fact that he survived 627 or so assassination attempts, mostly by three of history's all-time best assassins -- the CIA, the Mafia and the Batistianos. Fidel Castro was a front-line fighter -- in his revolution, at the Bay of Pigs and elsewhere -- and his most celebrated enemies fled to seek sanctuary and, as it turned out, wealth and power hiding behind the skirts of the world superpower. While he was a very hard man to kill, his legacy will live on and constitute the biggest threat to the gluttonous greed and excesses of his enemies who still have enough control of the U. S. Congress and Republican presidents to maintain their formidable wealth and power indefinitely within the confines of the world's strongest democracy. While money and power will always constitute the essence of Fidel's enemies, the ongoing efforts to crush the last vestiges of his Revolution will actually now increase in both tone and reality, further threatening if necessary 11.2 million innocent Cubans on the island as well as continuing to demean the U. S. and democracy. The day he died Fidel Castro was aware of the 191-to-0 pro-Cuba/anti-U. S. vote in the United Nations, a unanimous worldwide denunciation of America and democracy that the Batistianos in Congress couldn't care less about. The Fidel Castro that the CIA, the Mafia and the Batistianos couldn't kill has died of old age but his legacy will live on. Just as his life was interesting, so will be his legacy but it...like his life...will be up against omnipotent and mostly unchecked opponents.