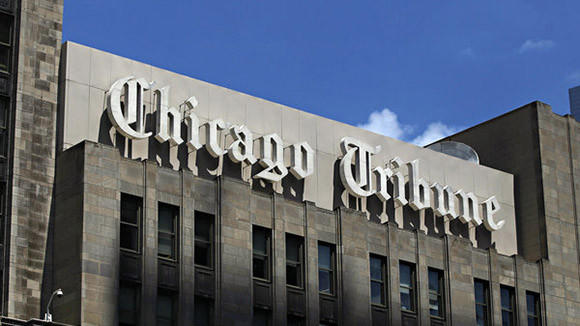 The major editorial in the Chicago Tribune yesterday -- Nov. 2nd, 2016 -- referenced this week's Cuban Trade Fair taking place in Havana where a record 3,500 exhibits from 73 nations are trying to arrange business investments. The editorial astutely pointed out that U. S. companies are at a disadvantage because of the U. S. embargo that no nation in the world, including the U. S. itself, supports but which a few Cuban-American hardliners in the U. S. Congress maintain as a revenge tool and, apparently for them, an economic and political bonanza. The Tribune editorial said: "Momentum is building in the ongoing detente between the U. S. and Cuba. Yet, something still isn't right. The economic embargo that the U. S. imposed on Castro more than five decades ago remains in place. It's an anachronism that simply doesn't make sense to enforce any more, a formidable barrier to unfettered trade..." No one, except a few in the 535-member U. S. Congress, could possible disagree with that logic. The Tribune pointed out that last week in the UN's emphatic 191-to-0 vote against the embargo even the U. S. refused to support it. 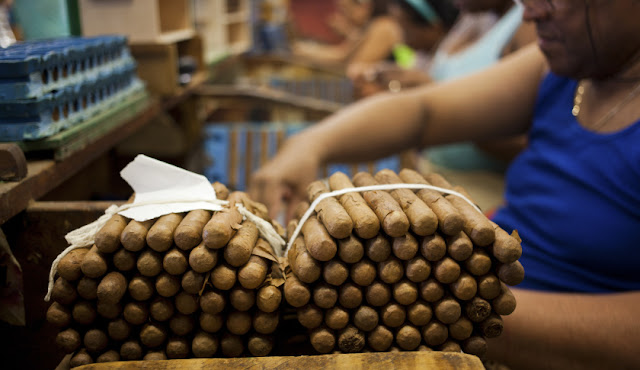 This Bloomberg/Getty Images photo of a Cuban cigar factory illustrates a Bloomberg article that discusses how Cuba is not anxious to deal with U. S. companies because of the embargo. Caterpillar, the heavy equipment giant, said it is still seeking American licenses to invest in Cuba. Hernandez Gordils, the development executive at auto parts retailer Napa, said, "We are here in Havana so that the day the market opens up our brand has recognition, so people know us in Cuba." To appease a few self-serving extremists in Congress, U. S. businesses may have to suffer in future decades too. Meanwhile, Cuba says it is behind schedule in finalizing investments because it is "not accustomed to volumes" but it has completed $1.3 billion worth of projects and has $9.5 billion pending in foreign investments. The deals primarily involve health care, tourism, transportation, sugar, mining and renewable energy...but not its famed cigars and rum. Cuba also said it is "holding back" on many tourism investments in the iconic capital city of Havana in order to try to spur tourism investments elsewhere around the island. 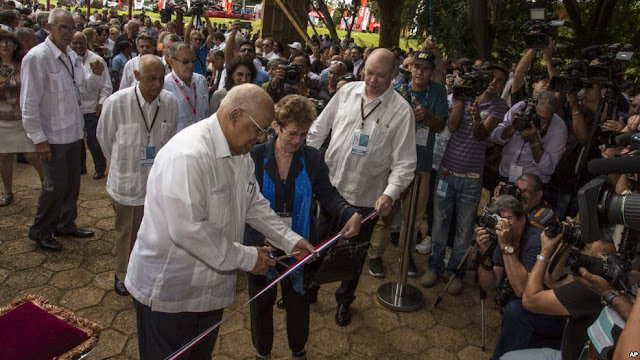 The Voice of America network, representing the views of the U. S. government, used this AP photo to illustrate a major article about this week's start of the 34th Cuban Trade Fair in Havana. The photo shows Cuba's Foreign Trade Minister Rodrigo Malmierca, on the right, watching Vice President Ricardo Cabrisas Ruiz cut the ribbon to open the Fair. The theme of the VOA article stresses these points: "Investment from European companies appears to be picking up...formal trade between the U. S. and Cuba remains at a trickle...as Cuba trumpeted new deals with Russia and Japan...Observers note that Cuba's small but growing private sector has been able to flourish and produce tens of thousands of new jobs despite the strictures of the U. S. embargo." The VOA said there appears to be "a conscious decision by the Cuban government to limit commerce with U. S. companies while funneling most business toward European and Asian companies." The VOA concluded, correctly, that Cuba prefers to deal with nations that have never had an embargo against the island, and that happens to include every nation in the whole wide world except the United States. 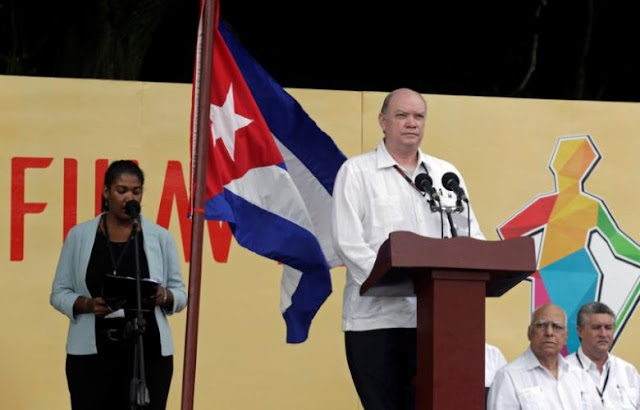 This REUTERS photo shows Cuba's Foreign Trade Minister Rodrigo Malmierca speaking this week -- Nov. 1, 2016 -- at the opening of the island's 34th Trade Fair in Havana. Malmierca began his address by saying: "We are below our expectations," meaning that he expected more foreign investments in the past two years following monumental U. S. efforts to normalize relations with Cuba. Malmierca made it plain that Cuba's distrust of the U. S. embargo makes him less anxious to close deals with U. S. companies. Yet, it's the busiest Trade Fair in Cuba's history with 73 nations and 3,500 exhibitors participating this week in Havana. On this entire planet, as America's President Obama well knows, there is not a single nation in the whole world that supports the American embargo of Cuba. Yet, unconcerned with shaming America and democracy, just a few rogues in the 535-member United States Congress can maintain it...perhaps forever. 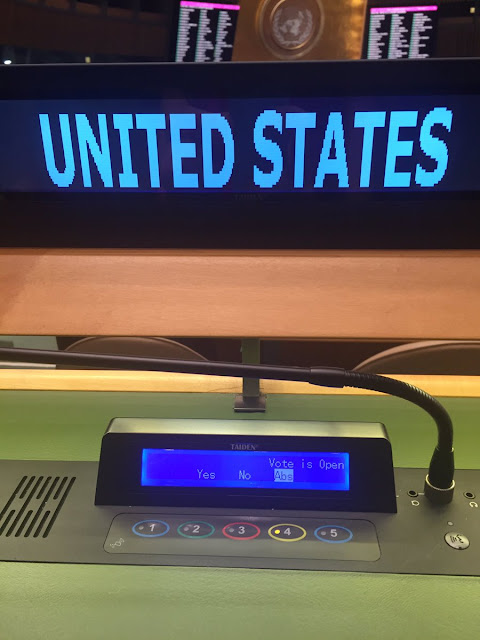 For the record, this photo shows the panel at the United Nations last week where the United States UN Representative, Samantha Power, pushed BUTTON #3 -- circled in red above -- to vote "abstained" because the U. S. government no longer had the heart to support the cruel, congressionally mandated embargo against Cuba. Thus, the worldwide 191-to-0 vote against the embargo stands as the biggest testament yet against the sheer hypocrisy of a few rogues in Congress who benefit from it. But, of course, in the eyes of the world it also reveals a weakness of the U. S. democracy in being unable to correct a Cuban policy that, more than any other single item, continuously hurts America's international image...decade after decade after decade. The irrefutable proof of that non-hyperbolic statement is the #3 circled in red in the above photo.