Capitalism May Save Cuba

Akin Gump is America's largest lobby firm. America's capitalist engine, largely fueled by lobbyists, accounts for much of the nation's incomparable economic, military, and political power. Well, Akin Gump has opened a unit to advise companies looking to invest in or expand to Cuba. It reflects the fact that the U. S. Chamber of Commerce, most U. S. companies and businesses, and most Americans want President Obama's positive overtures to Cuba to be expanded to the U. S. Congress where the antagonistic U. S. policy regarding Cuba has been easily codified and dictated by a few Cuban-Americans and easily acquired sycophantic scoundrels. Akin Gump will begin to lobby Congress and seek to ease export restrictions tied to the U. S. embargo...such as telecommunications devices, freedom for all Americans to travel to Cuba, and freedom for ships to travel freely between the two countries. 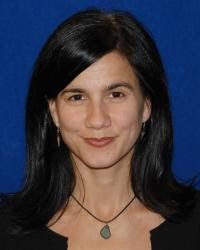 Akin Gump has just hired Anya Landau French as a key adviser in its new pro-Cuban unit. She has orchestrated dozens of research and business trips to the island. 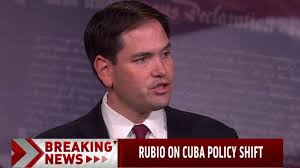 The latest Breaking News concerning Marco Rubio's anti-Cuban rants against anyone advocating sane relations with Cuba finds him in Puerto Rico today -- September 4th -- campaigning for money and support to enhance his presidential bid. Puerto Ricans are U. S. citizens but can't vote in presidential elections but the vast number of Puerto Ricans in two key states -- Florida and New York -- could be influenced by Puerto Ricans in Puerto Rico. Rubio's anti-Cuban rants have actually cost him some support in his home area -- Miami's Little Havana. Rubio has spent most of his first-term in the U. S. Senate running for President and begging every right-wing and Jewish billionaire for donations; meanwhile, of the 100 Senators he is #100 for actually being on hand to vote. Mr. Rubio is a veritable money machine. 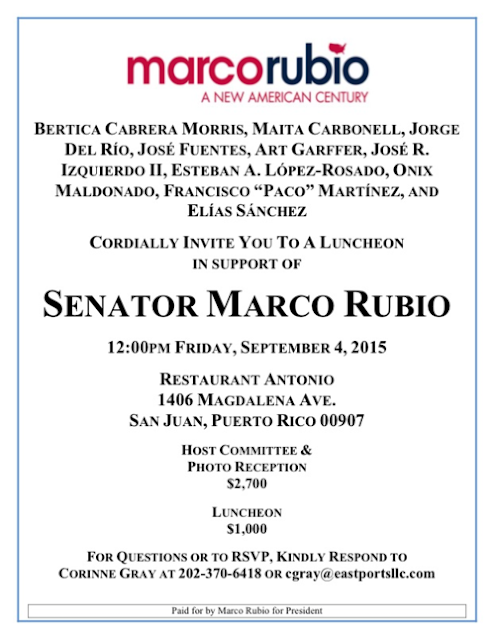 In Puerto Rico today for just $2,700 you can get a photo with Senator Rubio; for a mere $1,000 you can attend a luncheon. Puerto Rico is broke and begging for bankruptcy because it can't pay its debts or provide certain necessary services to its people. Yet...as always...a few rich people in the poorest of places can purchase political influence. That's why the minority rich get richer and the majority poor get poorer in a money-crazed system that Rubio excels in. Fund Raisers should not be more important than championing what's best for the majority of Americans, Cuban-Americans and Puerto Ricans. In the U. S. Congress, governing takes a backseat to constant campaigning for money, as epitomized by presidential aspirant Rubio. Meanwhile, on the island of Cuba this week this Yamil Lage/Getty Images photo was used to illustrate a major article in Granma, Cuba's top newspaper. It shows a teacher working with her kindergarten class as she gets her students tuned to learning the English language. Cuba's prosperity, or at least its survival, is geared to more peaceful relations with the United States, a viewpoint that is a product of two recent developments: {1} President Obama's Herculean efforts to normalize relations with the island, and {2} deteriorating economic and political situations in key pro-Cuban Latin American nations -- including Brazil, Venezuela, Chile, and Argentina. Against all odds, Revolutionary Cuba has survived since January of 1959. It plans to survive a while longer. That's why this week an emphasis on teaching the English language in Cuba is pertinent. "Un buen movimiento?" "A good move?" "Si." "Yes!" 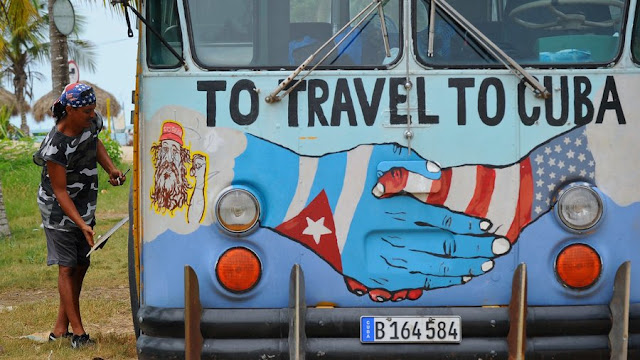 This Jamil Lage/Getty Images photo updates what's happening in Cuba. This lady had decorated her bus with an image that highlights the U.S.-Cuban handshake with a reminder, from the fist-waving bearded rebel, that Cuban sovereignty-independence will defiantly survive the emerging detente with its northern superpower neighbor. This lady is an entrepreneur, one of about 400,000 new ones on the island. The famous "$20 a month" dictum is a bit out-dated. Cubans, always resilient, are excited. 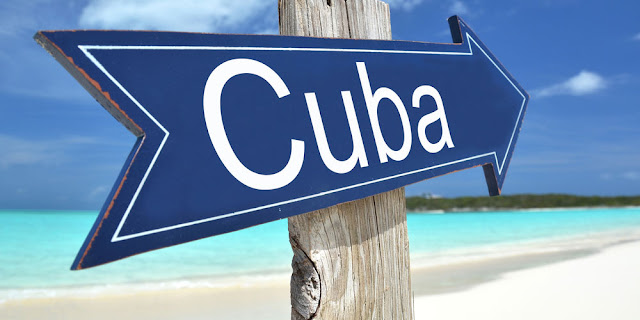 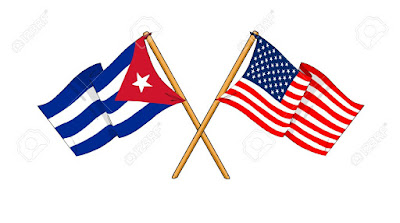