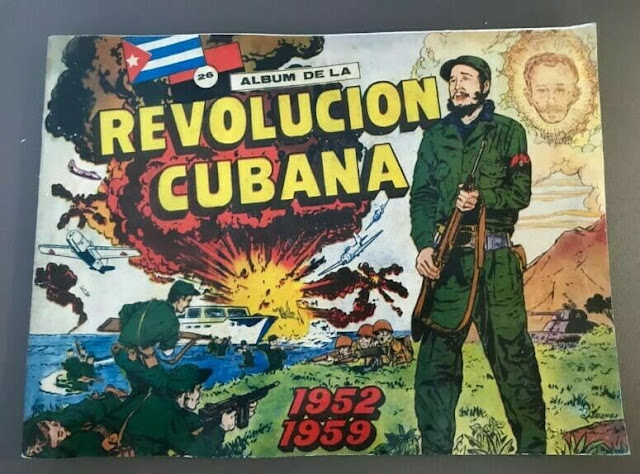 If you study the history of the Cuban Revolution as depicted by the two dates above -- 1952 and 1959 --Americans have been told that {#1} in 1952 the U. S. democracy did a wonderful thing when it teamed with the top echelon of the Mafia to support the brutal/thieving Batista dictatorship in nearby Cuba; and {#2} that in 1959 the extremely wicked Fidel Castro somehow led the extremely wicked Cuban Revolution that somehow overthrew a powerful dictator who was supported by the world's most powerful nation and by the world's most powerful criminal organization. Of course, for 6+ decades Americans have been forced to swallow that narrative -- including the hook, the lie & the sinker!!! 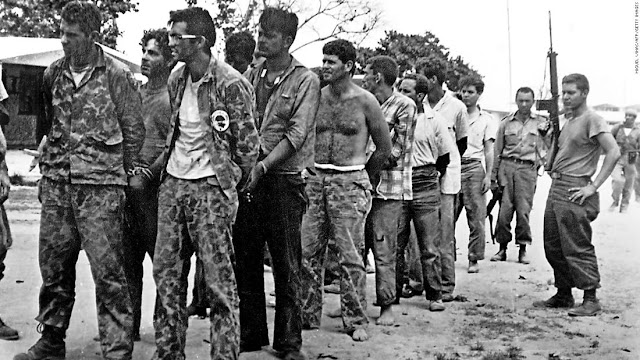 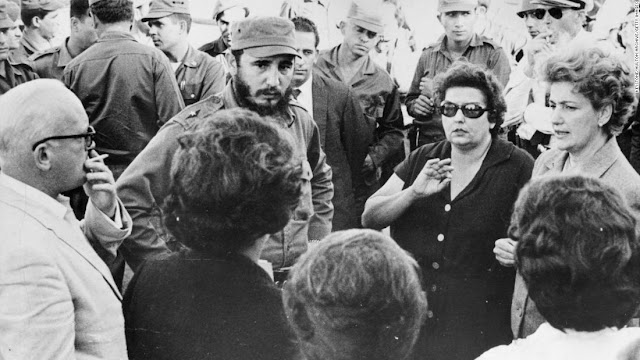 Today -- April 18, 2021 -- Cubans on the island are celebrating the two photos above that were taken on April 18, 1961. That was the day the Cuban Revolutionary leader Fidel Castro led the victory at Playa Giron, which Americans know as the Bay of Pigs. Of course, since April 18 of 1961 Americans have been told lies about the two photos shown above. 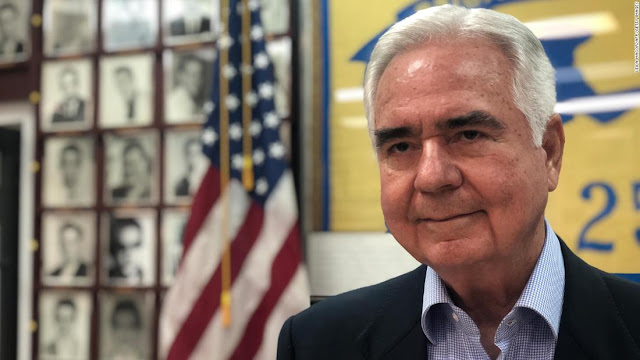 Of course, the U. S. media during this anniversary weekend still remembers the anniversary of the Bay of Pigs attack on April 16-17-18 of 1961 only from the perspectives of Little Havana stalwarts such as Johnny Lopez de la Cruz. He was one of the U.S.-trained soldiers with the Brigade 2506 that attacked Revolutionary Cuba at the Bay of Pigs. Of course, in the U. S. since 1959 no one is permitted to dispute anything the former Brigade 2506 members say. 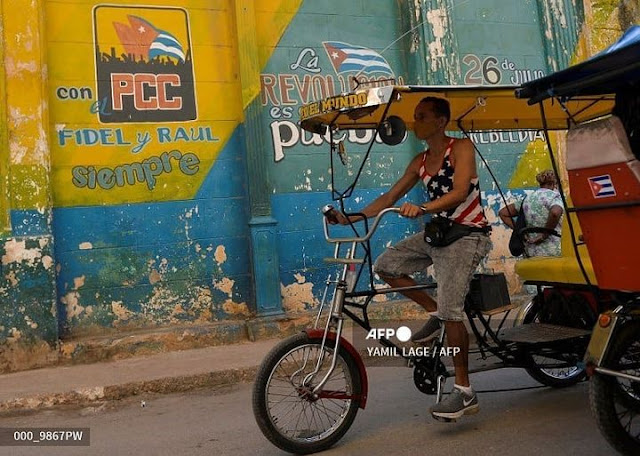 In real-life Cuba today on April 18, 2021, the photo above reflects what is happening on the Caribbean's largest island, which somehow AFTER all these decades, is still ruled by Fidel Castro's Revolution. The photo above was taken by Yamil Lage, the great photo-journalist for the Paris-based AFP NEWS AGENCY. Here is how Yamil Lage himself described this photo, which was distributed around the world this weekend: 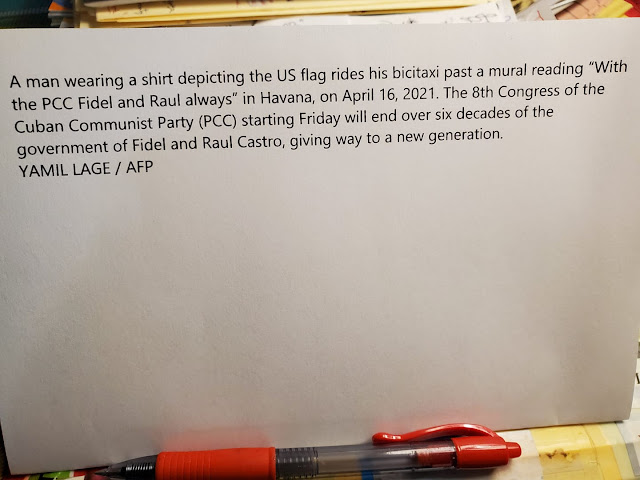 This weekend of April 17-18, 2021, the island of Cuba is celebrating two monumental events -- the Bay of Pigs victory on April 18-1961 and the first weekend since 1959 that Revolutionary Cuba has NOT had a Castro in a official leadership role!! 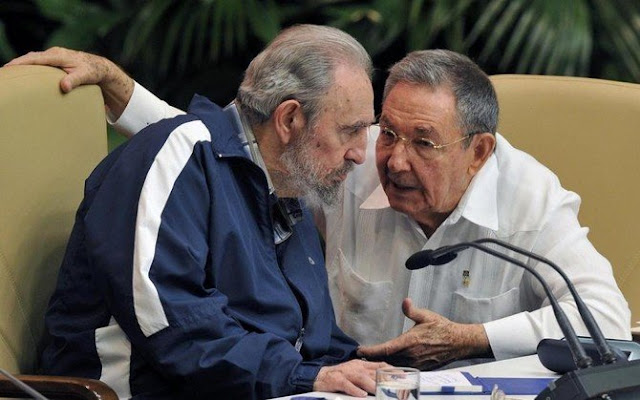 Since January 1st of 1959, the day the Cuban Revolution overthrew the U.S.-backed/Mafia-backed Batista dictatorship, the Castro brothers Fidel and Raul had ruled Cuba...at least till this weekend!! But Fidel died at age 90 in Havana on 2016. And the still healthy Raul, who turns 90 in June, heading into this weekend has officially retired from his last leadership position in Revolutionary Cuba. 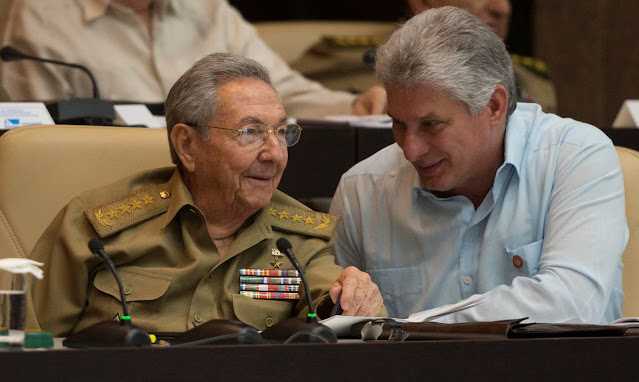 On Friday -- April 16-2021 -- the 89-year-old Raul Castro turned full leadership of Cuba over to 60-year-old Miguel Diaz-Canel. Since April of 2018 Diaz-Canel, Cuba's former Education Minister who was born after the triumph of the Revolution, had been the President of Cuba. 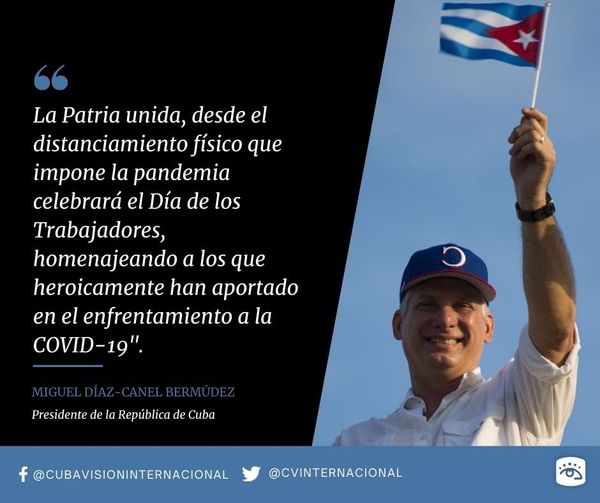 For sure, President Miguel Diaz-Canel had been the day-to-day leader of Cuba since April of 2018 but, as of this weekend, he now has total control of the reins of the revolutionary government. 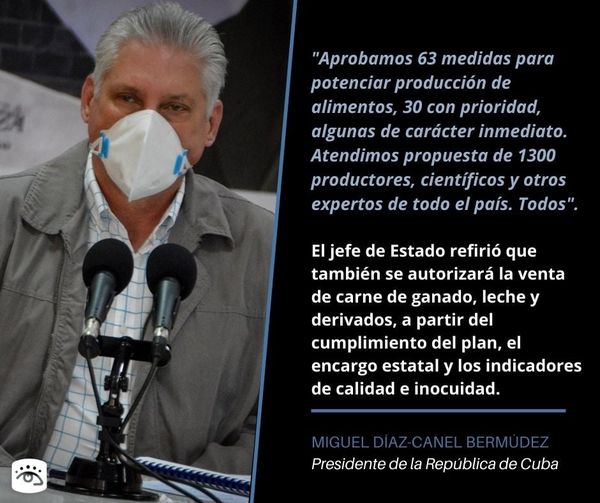 And for sure, President Miguel Diaz-Canel is a fervent defender of the Cuban Revolution. 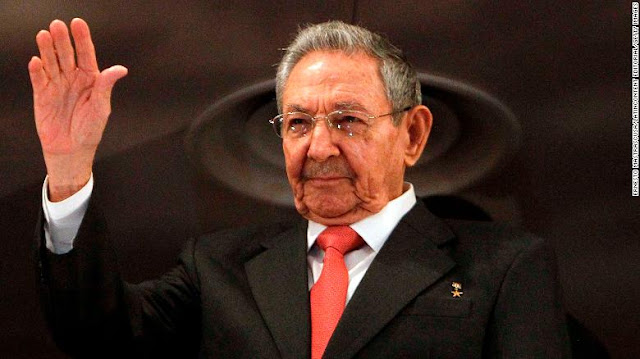 But as Raul Castro, just a few weeks from his 90th birthday, waves good-bye to his leadership role in Cuba, the island faces two of its all-time harshest perils -- the COVID-19 pandemic and the Trump/Biden-edition of the genocidal U.S. Blockade, which is more-than-ever totally dictated only by extremely vicious, unchecked, and massively determined Counter Revolutionaries -- Marco Rubio, Bob Menendez, Mauricio Claver-Carone, the Diaz-Balart brothers, etc. 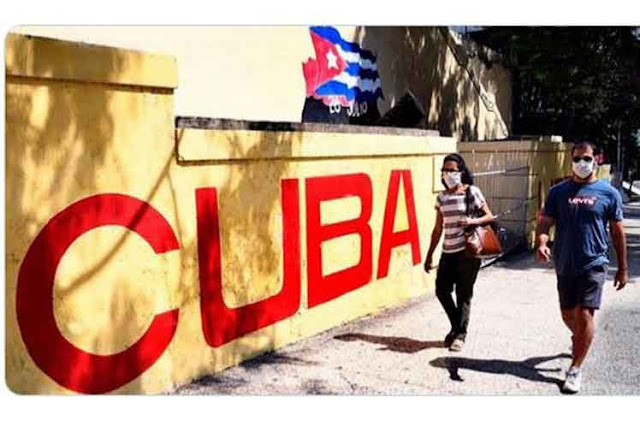 As of today -- April 18, 2021 -- Cubans are in the throes of their worst day so far as they try to cope with the COVID-19 crisis. Since the pandemic began in March-2020, the past 24 hours in Cuba have resulted in 13 COVID deaths on the island, the largest one-day total ever. 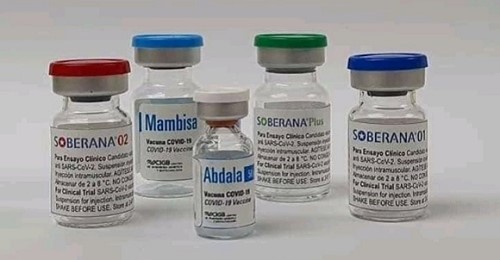 Cuba currently has five COVID vaccines producing some efficacious results in trials, but so far the burgeoning statistics, especially the record of 13 deaths in the past 24 hours, are alarming to Cubans on the island. 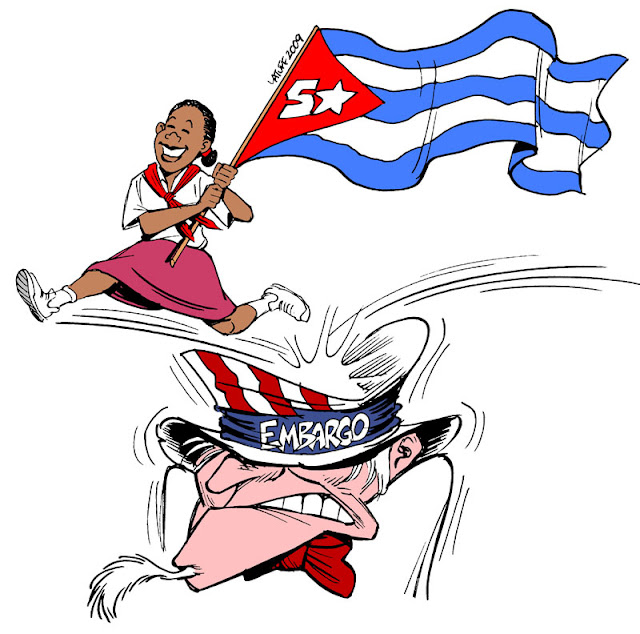 More and more, it appears that little Cuba's fight against the U. S. embargo, which began in 1962, may finally succumb to the twin perils of COVID-19 and the increased Trump/Biden-imposed genocide against Cubans on the island...all to appease the ever-increasing power of the most vicious and self-serving Cuban-Americans, namely Rubio/Menendez/Claver-Carone/Diaz-Balart, etc. 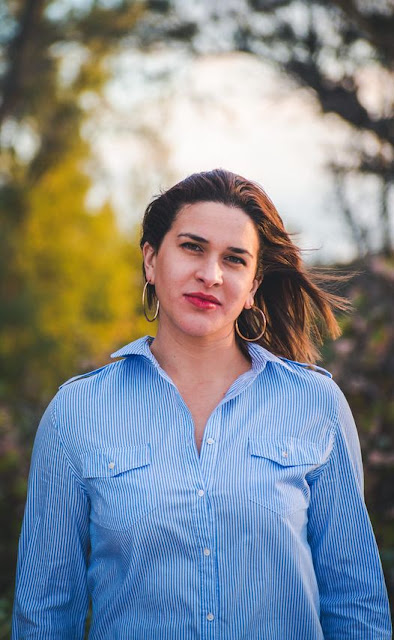 In the U. S., of course, it is not permissible to include the opinions of the majority everyday Cubans on the island, although their opinions for the past seven decades have defeated the Cuban goals of Batista, the Mafia, the U. S. government, and...for over six decades...the designs of the Batistianos living high-on-the-hog on U. S. soil. But Cubans on the island like Maria Carla O'Connor do, in fact, have opinions that Rubio, Menendez, etc., won't permit Americans to hear. Maria is a Professor at the University of Havana. Today she posted the photo above on Facebook, along with this exact opinion: "My breeze that I foresee today is inexhaustible, and infinitely blue." Today Maria had just heard that a record number of Cubans, 13, had died in the past 24 hours from COVID-19. And Maria is well aware that the Trump-Biden tightening of the Embargo-imposed genocide against her people has been expanded to take advantage of the pandemic inflicting her island. And yet, Maria Carla O'Connor on Facebook today reminded everyone of the unique resilience of Cubans on the island. And Maria reminded me that she, and other Cubans on the island, are more decent humans than the handful of Cubans in the U. S. who have fueled history's all-time cruelest and history's all-time longest genocidal embargo/blockade ever imposed by a powerful nation on masses of innocent people in a much smaller nation. Maria is aware that Rubio, Menendez, and their ilk are loving the fact that Biden is continuing Trump's genocide against Cubans on the island. Yet, Maria today reminded everyone: "My breeze that I foresee is inexhaustible, and infinitely blue." In other words, Maria is not likely to surrender to Rubio,  Trump's Cuban dictator, or Menendez, Biden's Cuban dictator. 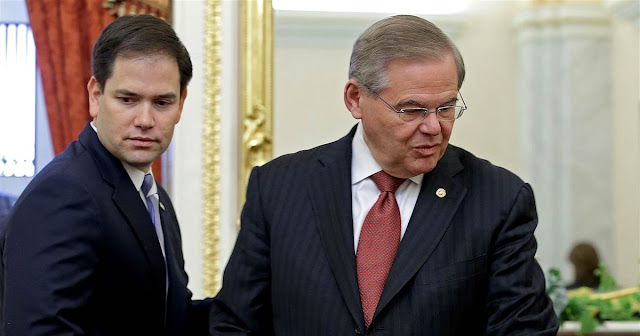