Cuba Speaks of a Post-Covid Future

And A Post-Trump Future!! 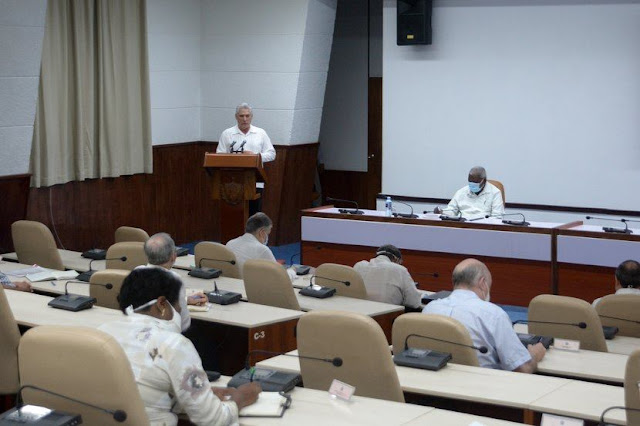 Throughout today -- July 16th, 2020 -- the state-wide media in Cuba, as well as Social Media forums -- reminded the people that tonight's Council of Ministers session would reveal how the government plans to continue the island's ongoing recovery from the Coronavirus and then get past the Trump-imposed Blockade "of our people." Actually, the meeting began around 5:30 so it could be shown live on the prime and popular 6:00 PM Roundtable television news program. As shown above, the leader standing upfront at the podium was President Miguel Diaz-Canel and sitting close to him at the long desk was the First Vice President of the Republic Salvador Valdes Mesa. The other major speakers included the Minister of Foreign Trade and Investment Rodrigo Malmierca and the Vice Prime Minister Alejandro Gil Fernandez. The important meeting was broadcast live on all national radio and television stations on the island as well as on the Roundtable YouTube Channels, and on all the Cubadebate Pages of Facebook. 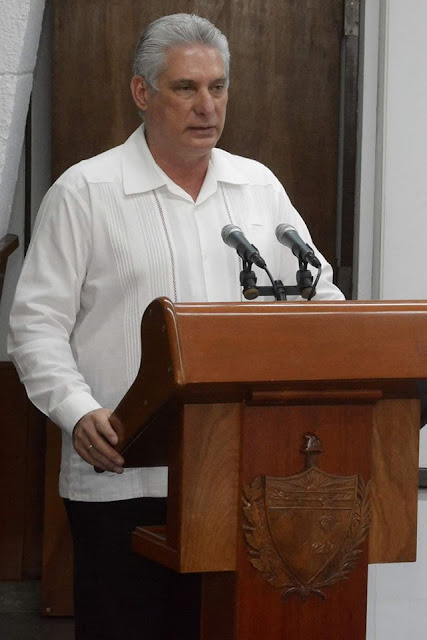 Cuba's President Miguel Diaz-Canel, as shown above keynoting the important session, punctuated it with these exact words: "Developing the economy means offering greater welfare to the people. In doing that we must do more of our direct producing of products and services by individual citizens and groups of private entrepreneurs supported by the government that needs to give better incentivizing for businesses and providers to have the means to better care for their families. The worst risk for us would be in not changing, in not transforming." And also from that podium tonight President Diaz-Canel suggested that, whether the U. S. had a Republican or Democratic political leader, one like Trump or one like the decent Obama, "Cuba must better reciprocate commerce and other relations with our friends, and not be bogged down by reacting so much to our enemy...and not hide behind the excuses of blaming all of our problems on the fact that a superpowered nation close to us is our unfathomable and endless impediment. Even if we wanted to change our location, we can't do it. So, always Miami and its Little Havana will be just to our north. We can be wary of that but not be obsessed with that because we must be obsessed with Havana and the rest of our proud homeland. We will always be Cuba and even if envious people in an enemy nation name some of their land Little Cuba after Cuba, we will still be Cuba. We must maintain what we have won, such as our independence, but we must make Cuba better...and stronger, and richer. And that we can do...and must do...for Cuba." 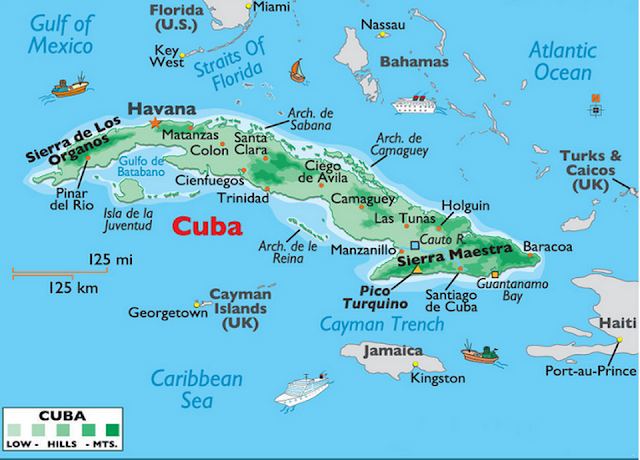 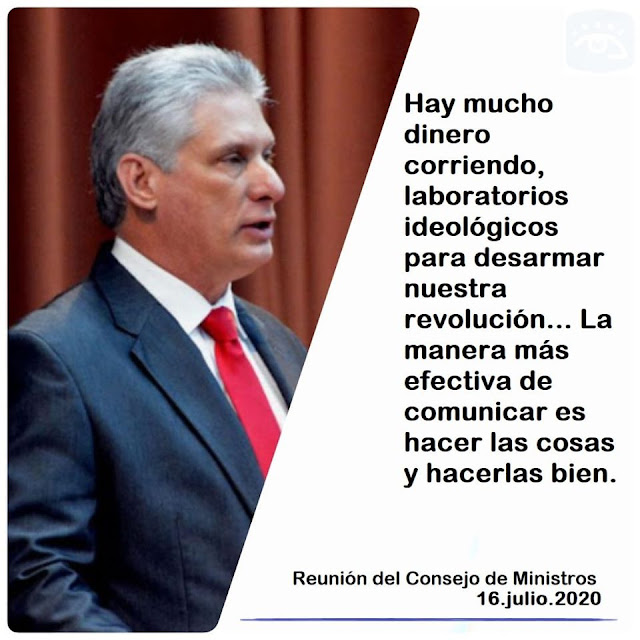