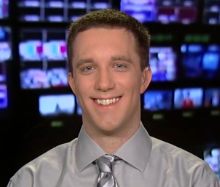 In America's world of science, the boyish- looking Dr. Alex Berezow is actually a very BIG man. He got his Ph.D in microbiology from the University of Washington. He is the Founding Editor of RealClearScience and the Assistant Editor of RealClearWorld. In May of 2016 he joined the American Council on Science and Health. A journalist and author, Dr. Alex Berezow, in addition to his books, has contributed major articles to media giants like The Wall Street Journal and BBC News, and he is a highly paid contributor to America's largest newspaper, USA Today. He also hates Revolutionary Cuba about as much as Marco Rubio. 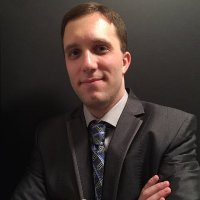 In a major article published by his various outlets on Dec. 6-2017, Dr. Alex Berezow seemed to make the case that the Superpower U. S. should go ahead and just destroy Revolutionary Cuba and then remake the Caribbean island in America's 1950s image, meaning a return of the Batistiano remnants now firmly ingrained in Miami, in the U. S. Congress, and in the Trump White House. The article by Dr. Berezow is entitled: "Sonic Attack: Cuba Plays US for Fools." His widely published one-sided appraisal of the mysterious "sonic attacks" against United States personnel attached to its embassy in Havana could have been written, it appears, by vicious U. S. Counter Revolutionaries like Rubio who sense that Cuba's current economic woes provide a perfect scenario for renewed attacks. Dr. Berezow summed up his anti-Cuban rage this way:
"Yesterday, a panel of Cuban scientists declared that  there was no sonic attack; instead, they blamed stress and mass hysteria. The fact that the Cubans would issue such an insultingly stupid report means that they aren't taking America's concerns seriously. That also means that the Trump administration was completely justified in its decisions to downsize the U. S. embassy in Cuba and to expel some Cuban diplomats."

Of course, Dr. Alex Berezow's slanted views on the "sonic wave mystery" doesn't address the fact that, so far, the winners are the Counter Revolutionary extremists in the U. S. and the losers are the Cuban people suffering anew from the vast array of new sanctions from the Trump administration based on the excuse created by the still unsolved sonic mystery. Dr. Alex Berezow's conclusion was this: "The Obama rapprochement is off. Cuba's failure to cooperate is a shame. The U. S. isn't even holding them responsible for the attack. If there really was a sonic weapon, the most likely culprit is Russia. Maybe the Cubans will care if one of their own is the next victim." Wow!! This guy is America's scientific genius at the forefront of rendering an unbiased assessment of a mystery that the Trump-Rubio team is using as a trigger to justify shooting fresh bullets at Cuba? Are there any real scientific geniuses? If so, just where are they hiding? 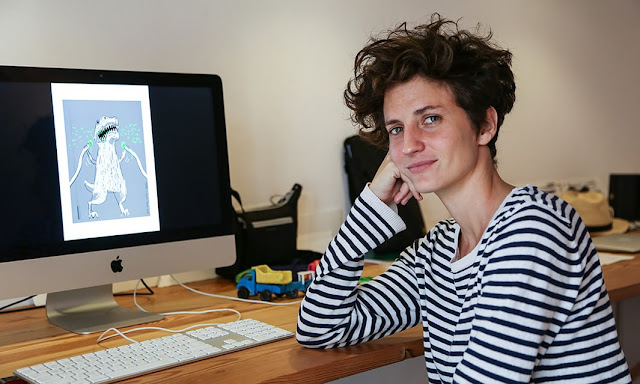 Meanwhile, on the island itself Cubans are forced to navigate in minefields unique only to them. Bright, young, well-educated, innovative, and creative young Cubans -- like Idalia del Rio -- have more obstacles than most success stories but Idalia is symptomatic of why Revolutionary Cuba, against imposing odds, is still standing. In an insightful article written by Tyler Wetherall, even the London-based The Guardian seems awed by Idalia's accomplishments. The article is entitled: "Meet the Fashion Brand Bringing Cuban Design to the World." The sub-title says: "One Innovative Designer Has Found a Way Around Both the Regime and the U. S. Embargo and Become the First Cuban Clothing Company to Shop Anywhere in the World." 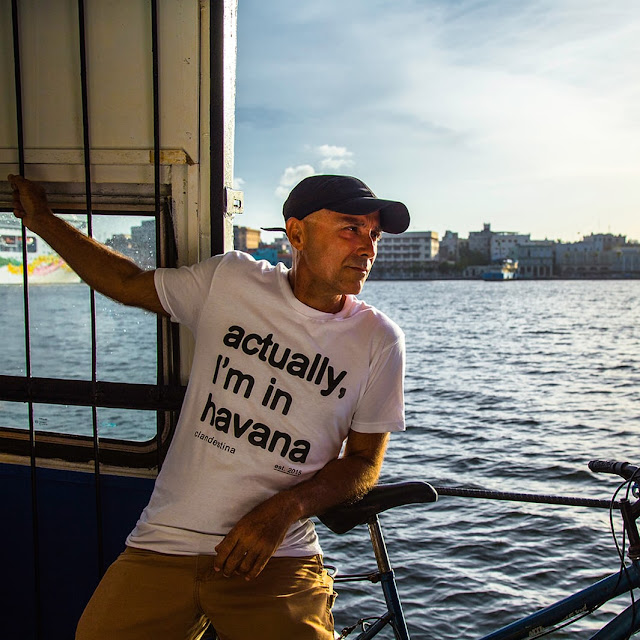 Idalia del Rio was actually in Mexico, circumventing Cuban and USA obstacles, trying to replenish her color ink supply when The Guardian's Tyler Wetherall finished talking to her. The outfit worn above is one of Idalia's designs and on her popular website -- Clandestina.co -- she sells a vast array of her creations and productions. 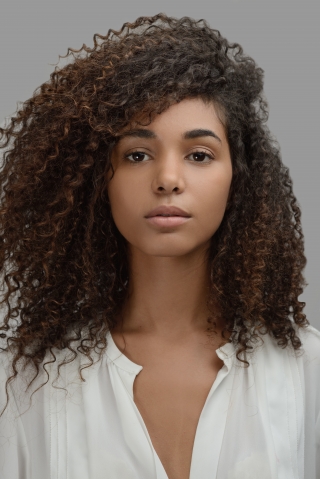 The Cuban Supermodel Karina Valero models some of Idalia del Rio's most dazzling, best-selling fashions on her Clandestina.co website. How Idalia created a company in Havana that sells her designs around the world is told by The Guardian, the London-based media giant that covers Cuba fairly. So, the article chronicling how Idalia del Rio expanded her fashion brand internationally is worth reading. 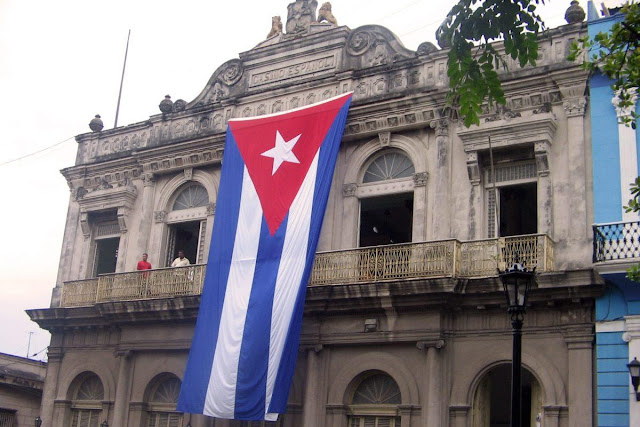 This apartment building in Matanzas, adorned by the huge Cuban flag, doesn't conceal the problems and the unknowns of the two Cuban men looking down from the balcony. Of course, they deserve less problems and less wondering about what both Cuba and the USA have in store for them. Cuba, you see, has been a sovereign nation since 1959 -- ALMOST. Independence with U. S. entanglements is actually neither sovereign nor independent. The two men in the balcony know that is true.