Aside from the high-profile threats from North Korea's nuclear insanity, the three biggest challenges -- or threats -- to America's Superpower status are, probably, in this order: the Russian military, the Chinese economy, and the Iranian ideology. With pugnacious little Cuba still thrusting its influence on the international stage FAR OUT OF PROPPORTION TO ITS SIZE, POPULATION AND ECONOMY, it is no coincidence that Russia, China, and Iran are all trying to take advantage of the latest cruel sanctions against Cuba devised by U. S. President Donald Trump and his apparent anointment of Senator Marco Rubio as America's latest Cuban dictator. The photo above of the Russian oil tanker bound for Cuba is an example. Back in May, 2017, it delivered 249,000 barrels of refined oil products to Cuba, which badly needed the gesture because of crisis-wracked Venezuela's inability to provide the island the oil it needs. Russia is not sure financially-strapped Cuba can repay financially-challenged Russia but the temptation to take advantage of the new Trump-Rubio assaults on Cuba is simply too much for Russia to ignore. In other words, America's Cuban policy -- with Trump & Rubio at the helm -- will continue to greatly embarrass all of America's best friends in the world while also greatly inspiring America's biggest challengers and most bitter enemies. Meanwhile, Americans are programmed to sit back and not give a damn. After all, little Cuba is the worst bad guy, right? 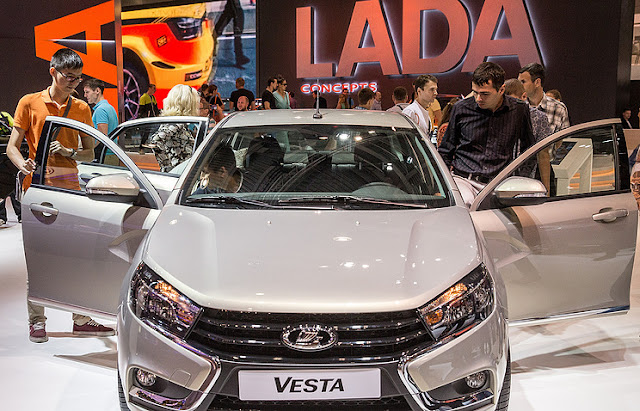 In the first week of this month -- Dec.-2017 -- Russia's top automaker, Avtovaz, shipped 344 of its best brand-new cars -- like the Lada Vesta model above -- to Cuba. The plan is not only to break into the Cuban market but, considering Cuba as its pathway to other Caribbean and Latin American markets, it is a part of Avtovaz's nascent global reach...and its desire to compete with other auto giants. 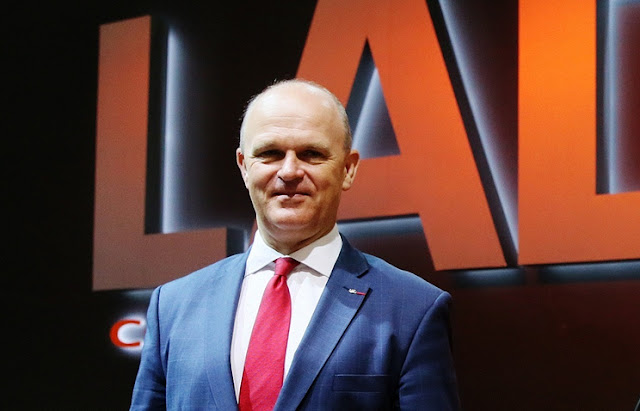 The President of Avtovaz is Nicolas Maure. He says, "We are also training Cubans to provide after-sale services for their fine Russian cars. We feel Cuba is a priority market for our excellent car exports as we seek entry into the rest of the Caribbean and Latin America, where Cuba, while being a small nation, is a leading influence. We would like to remind the area that the Trump administration's cruelty towards Cuba can, at least partially, be offset by Russia's sympathy and by Russia's international reach." 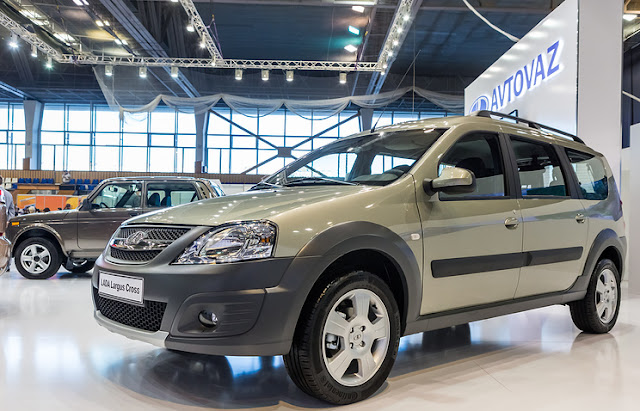 Russia's large shipment of Ladas to Cuba this month included this model of Lada SUVs. Nicolas Maure says, "The now-proven world-class quality of our Avtovaz cars, SUVs, and Trucks are ready to impact the world. We begin that reach, hopefully, with Cuba and then the Caribbean and Latin America. But we are already arranging shipments to China." Particularly backed by the governments of Russia, China, and Iran, executives like Russia's Nicolas Maure are reveling in the latest attempts by the Trump-Rubio nexus in Washington to starve, deprive, and make miserable the lives of everyday Cubans on the island, just as de-classified U. S. documents in 1962 gave as the purpose for the still-ongoing embargo against Cuba. Mr. Maure in Russia, and many like him, understand both the cruelty and insanity of that doctrine...and with Trump-Rubio now reversing former President Obama's sane and decent attempts to end it, America's biggest international enemies and challengers seek ways to take advantage of America's longest reigning insanity...insanity that persists even as the rest of the world condemns it by a very resounding 191-to-ZERO vote in the UN. 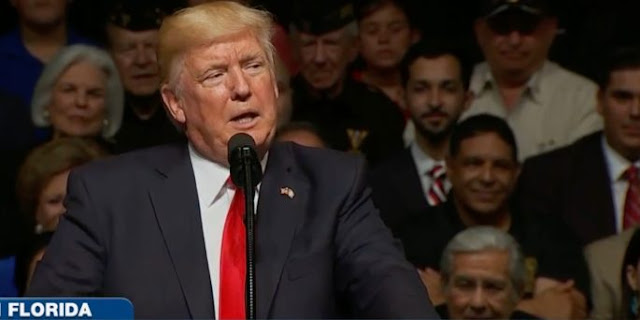 Great democracy-loving Americans -- such as Emily Mandrala at the Washington-based Center for Democracy in the Americas -- believe that June 16-2017 was a Day of Infamy for America and Democracy. That was the day, as shown above, that President Trump went to Little Havana in Miami and vowed to reverse all of the overtures toward Cuba that his predecessor, Mr. Obama, had so bravely mandated. 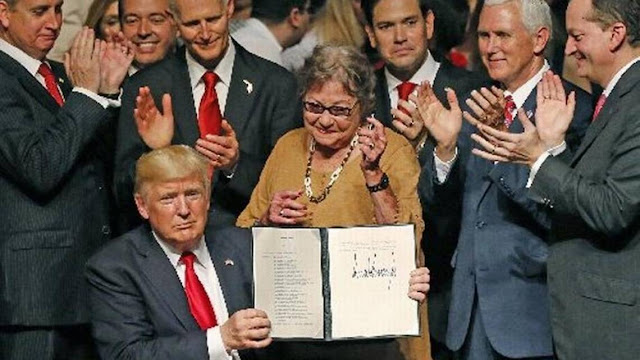 On that Day of Infamy -- June 16-2017 -- President Trump very cowardly appeared before Miami's Counter Revolutionary choir in a plush theater named in Little Havana for a former Bay of Pigs leader. In essence, with the Executive Orders displayed above, he vowed to...at long last...recapture Cuba for the remnants of the Batista-Mafia dictatorship that was overthrown by the still-standing Cuban Revolution on January 1, 1959. Americans, thoroughly propagandized since Jan. 1-1959, are programmed to accept any atrocity directed at the Cuban people -- from the Bay of Pigs military attack in 1961 to the 1976 terrorist bombing of the child-ladened civilian Cubana Flight 455 airplane to the longest and cruelest {1962 till today} economic embargo ever imposed by a strong nation against a weak nation. If you study the Day of Infamy photo above, you can see that the clapping man on the far left is Mario Diaz-Balart whose father was a key Minister in Cuba's Batista-Mafia dictatorship and, after Jan. 1-1959, one of the all-time richest and most militant Counter Revolutionaries in South Florida. Mario Diaz-Balart as well as his older brother, Havana-born Lincoln Diaz-Balart, have been elected to the U. S. Congress from Miami, which still claims to be a democracy. Yet, polls show that most Cuban-Americans in Miami favor normal relations with Cuba but it seems only Counter Revolutionary extremists can get elected, one after the other, to the U. S. Congress from Miami. Today the most dangerous of that group is Senator Marco Rubio, anointed by Trump as America's new Cuban dictator. In that June 16-2017 Day of Infamy photo above, the clapping and grinning man third from the right is Marco Rubio. While Cuba does not deserve another Batista or a Marco Rubio as its dictator...even from his bases in Miami and Washington...this or a future generation of propagandized Americans may awake one sad morning and find a Batista-like Rubio as their new United States President. 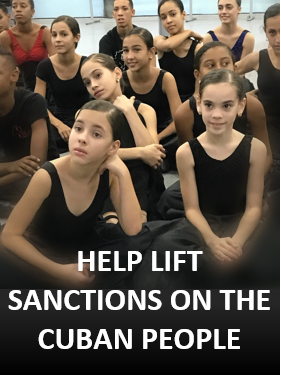 This week -- on Dec. 16, 2017 -- the Democracy-loving and Washington-based CENTER FOR DEMOCRACY IN THE AMERICAS used the above photo-graphic to launch a new campaign to oppose the latest Trump-Rubio sanctions that mostly and very adversely affect another generation of totally innocent Cuban children. Since 1962 self-serving Rubio-types have claimed the sanctions are designed to hurt or seek revenge on the Castros. The CENTER FOR DOMOCRACY IN THE AMERICAS says that is a self-serving lie and that the U. S. sanctions are designed to primarily hurt Cuban children in keeping with the original 1962 purpose of the embargo, which -- according to de-classified U. S. documents -- was created to starve, deprive, and make miserable the lives of Cubans on the island for the purpose of inducing them to rise up and overthrow their revolutionary government. Of course, the Rubio-types in control of the self-serving United States Cuban narrative try their damnest to make sure that Americans don't know about such things as de-classified 1962 U. S. documents. 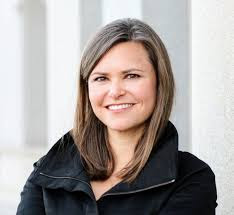 This is the Executive Director of the Washington-based CENTER FOR DEMOCRACY IN THE AMERICAS. Her name is Emily Mendrala. In regards to the sanctions against Cuba, either Emily is a liar or Marco Rubio is a liar. And I believe it is high-time democracy-loving Americans had the courage and the patriotism to decide who is lying about a topic that gets America condemned by a 191-to-ZERO vote by the nations in the United Nations. P.S.: And the liar in question is not Emily Mendrala. 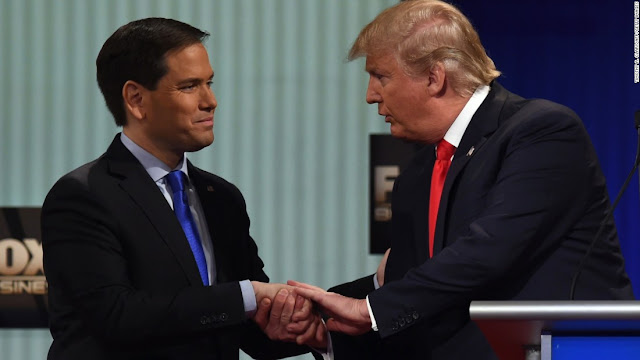 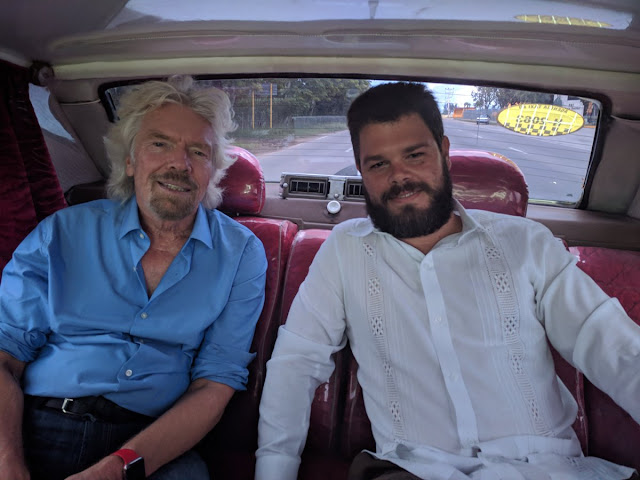 I firmly believe that a photo says a lot more than a thousand words, including mine. The photo above intrigued me. It was taken just a few weeks ago. It shows two men joyfully riding in the back-seat of a taxi on a street in Havana, Cuba. The man on the left is Richard Branson, the multi-billionaire Brit who founded and owns the vast Virgin empire, among other things. The young, bearded man on the right is Fidel Antonio Castro, the grandson of Fidel Castro. The extremely well educated Fidel Antonio is Richard Branson's dear friend and shows the famed Englishman around the island. And by the way, the astute Mr. Branson believes every word Fidel Antonio says and dis-believes every word President Trump and Senator Rubio say about the island. Mr. Branson's global empire, of course, wants Yankee dollars but he still has the courage to wonder out loud why "The American people are either too stupid or too afraid to speak out against an American practice that has tried to starve Cuban children on the island for six decades to benefit a few mean, greedy guys." 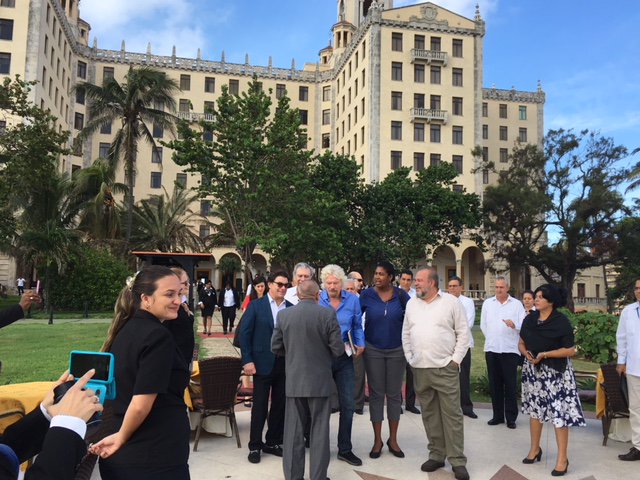 For sure, Richard Branson, the Brit billionaire and international celebrity, knows more than a little bit about U.S.-Cuban relations. That's Mr. Branson in the middle in the above photo wearing the blue shirt. He loves and admires "the ingenuity, fortitude, and determination of the Cuban-Cubans, the ones on the island." And that, of course, is because he knows the Cuban-Cubans in Cuba. As Mr. Branson points out, the U. S. embargo against Cuba has tried mightily to make it unlawful for everyday Americans to visit one place on this earth -- Cuba. That, of course, is so Counter Revolutionary extremists in the U. S. can better dictate the Cuban narrative. 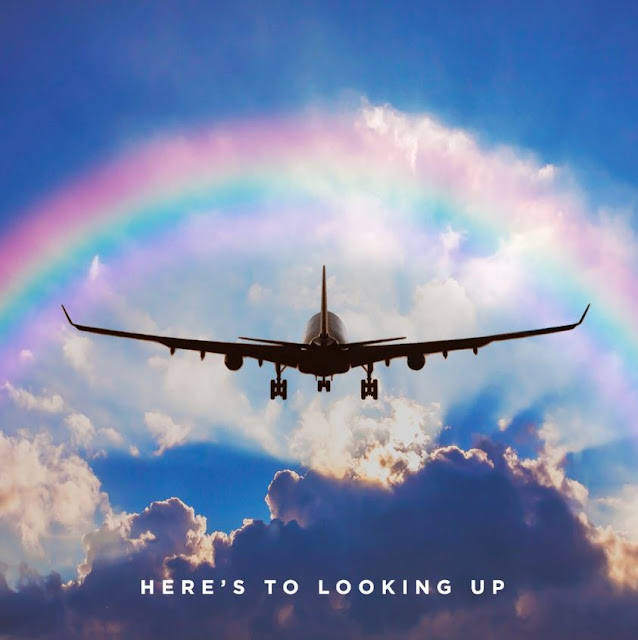 But dictating the Cuban narrative to informed and intelligent people, such as Richard Branson, takes more than just a litany of big lies from people like Marco Rubio. Both the airplane and the HERE'S TO LOOKING UP comment belong to Mr. Branson. But both the clouds and the rainbow are courtesy of a much Higher Power.