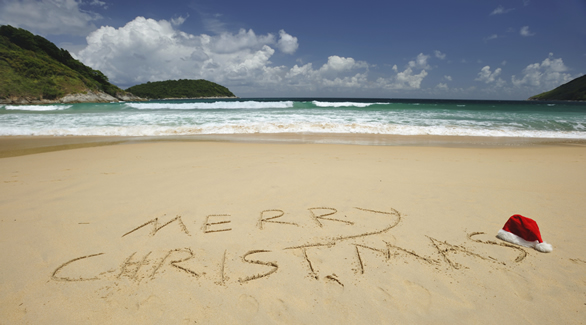 In the USA, where the Cuban narrative since 1959 has almost exclusively been dictated by vile transplanted remnants of the vile and overthrown Batista-Mafia dictatorship, the above image might come as a surprise. Yes, carved into the coastal sands of Cuba are the words "Merry Christmas" with an actual Santa Claus hat used as an exclamation point. The "surprise" for Americans relates to the fact that, for the most part, remnants from the Batista-Mafia dictatorship on the island have also mostly dictated U.S.-Cuban history, which means most of it is self-serving lies. Regarding "Christmas in Cuba, 2017", I believe Americans deserve a touch of real, authentic Cuban history. 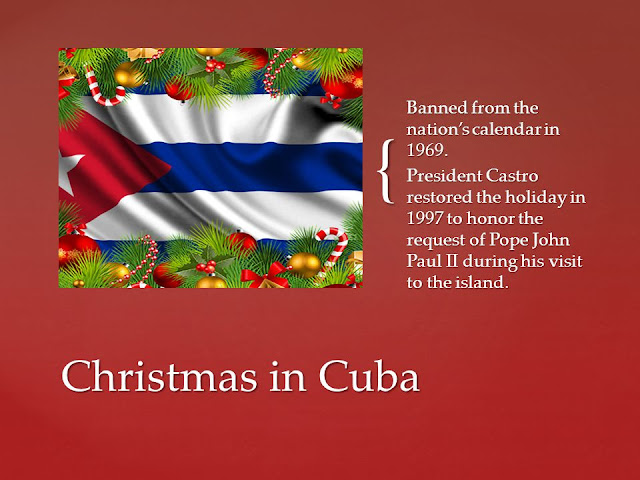 The actual bit of history depicted above reminds me that children on the island of Cuba are every bit as precious as the children in the USA at Christmastime in 2017 -- and that includes my own beloved children and grandchildren. So, on Christmas Eve in the year of 2017 I'll tell you about a personal Christmas story that concerned both Cuba and the USA this very week. 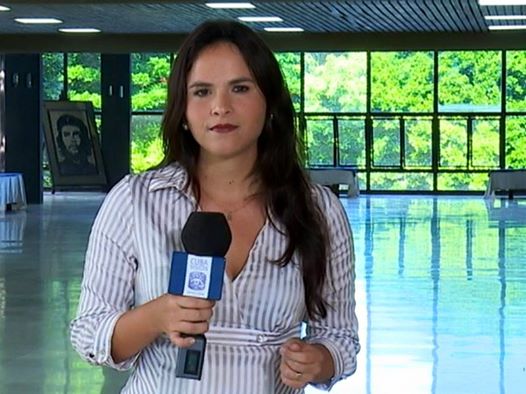 One of my best friends happens to be a Cuban-Cuban, meaning she has family that lives in Miami but her heart is, and always will be, in Revolutionary Cuba...along with her high-profile physical presence. Her name is Rosy Amaro Perez. Highly educated, extremely intelligent, vivacious, and marvelously talented, Rosy is unknown in the USA but well-known in Cuba as an outstanding broadcast journalist and television news anchor. I know her well and can attest to the fact that she is fervently devoted to Cuba and fiercely supportive of the Cubans on the island. She is also a young mother and it is her motherhood that inspired the 2017 Christmas story that I will now share with you for what it's worth and it's actually worth a lot. 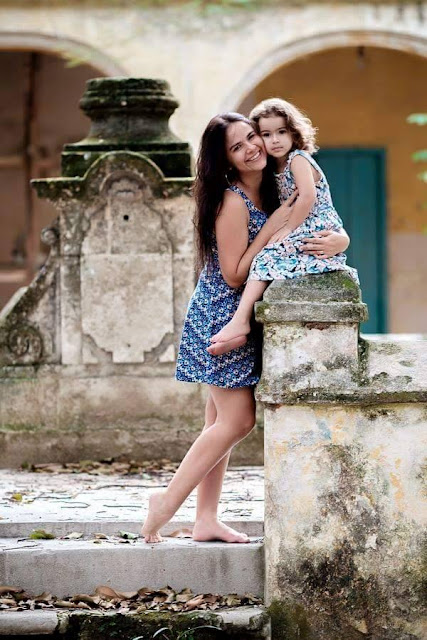 Four years ago on October 10th Rosy Amaro Perez gave birth to a beautiful and very precious daughter, Mariana. I'm a rather poor American but, as usual, I've been rather generous regarding Christmas gifts for my children and grandchildren. I asked Rosy if she could go online and select a $200 gift for Mariana that I could pay for with my debit card. Rosy quickly replied, reminding me that, having family in the U. S., she well knew how "difficult" if not impossible that would be because of the embargo. Furthermore, she said, even if it was possible the mere transaction would balloon the $200 into an unrealistic economic stratosphere, apparently...as I then surmised...to enrich and appease the unconscionable criminal element that has benefited from the embargo since 1962. Rosy in Cuba is quite aware that I have a granddaughter in the USA who is almost the same age as her Mariana.  And so, after Rosy patiently informed me how impractical or impossible it would be for me to pay for a $200 Christmas gift for Mariana, she added these two sentences: "Your sincerity in caring for Mariana and me makes us both very happy. So I want you to buy another Christmas gift for your granddaughter and pretend that it is for Mariana." 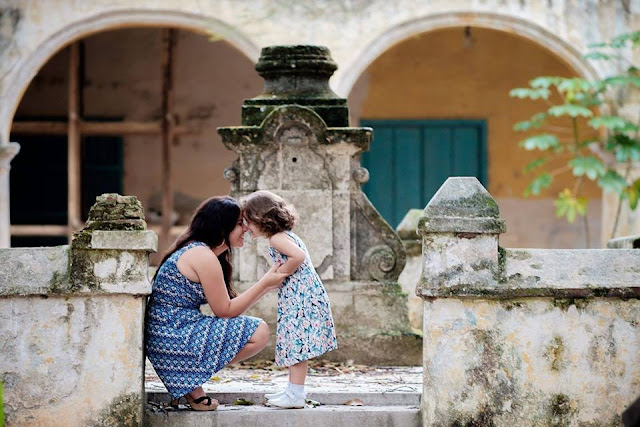 Every time I interact with the beautiful Rosy Amaro Perez...the mother of the beautiful Mariana...reminds me that she is a far more intelligent and a far more decent person than the handful of persons in the United States whom the American people have allowed since 1962 to unmercifully target little girls like Rosy, when she was a child, and now Mariana, Rosy's child. "So I want you to buy another Christmas gift for your granddaughter and pretend it is for Mariana." I am abundantly aware...at Christmastime-2017 in the United States of America...that sentence means nothing to 320 million propagandized Americans. But rest assured that...it means a lot to me." 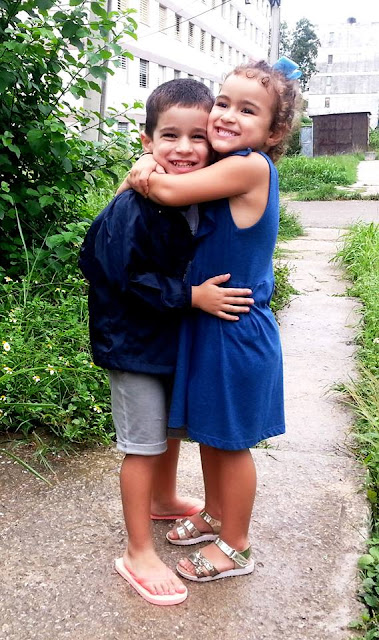 But please understand that I do not feel sorry for Cuban children on the island like Rosy's Mariana and her huggable friend Diego. I've been to Cuba as a grandfather and I know Mariana's grandfather Rodolfo as well as her mother Rosy. So, I know that Mariana and children like her are massively loved, protected, and cared for on the island. The people I actually feel sorry for are the Americans who callously allow, decade after decade, a handful of Cuban-Americans and Americans to punish Cuban children on the island like Mariana and Diego who do not hate America and who had nothing to do with chasing the very brutal Batistianos to Miami way back in 1959. 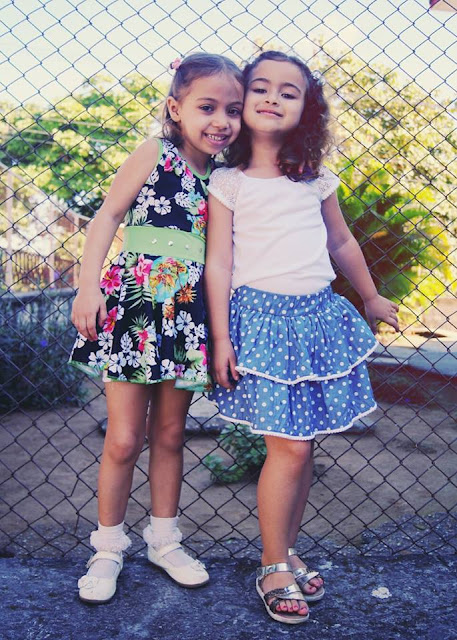 This week...Christmas week, 2017...Rosy Amaro Perez took the photo above of her daughter Mariana, on the right, confidently posing with her dear friend, another precious little Cuban child. "So buy another Christmas gift for your granddaughter and pretend it is for Mariana." It is, of course, that very appropriate world "pretend" that makes me feel sorry not for Rosy or for Rosy's Mariana on the island of Cuba but for my America, which unfortunately today is Marco Rubio's anti-Mariana America. A greeting in the sands of Cuba.