And Are The Reason For Its Longevity? 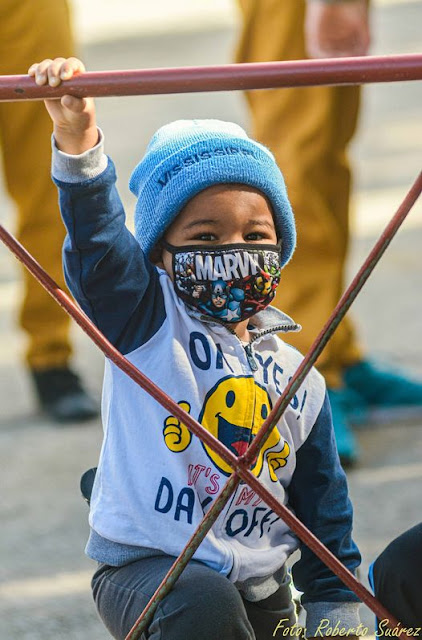 This week -- on Dec. 14th, 2020 -- notable Cuban photographer Roberto Suarez posted this photo on his Social Media pages. He used it to illustrate this update from UNICEF regarding how Cuba is taking care of its children during the U. S. Blockade and during COVID-19: "The Cuban state has shown strong political will to guarantee the adequate development and well being of its children. Different data and research shows the high level of protection and development that children and adolescents have on the island, especially in relation to educational coverage and care for maternal and child health." 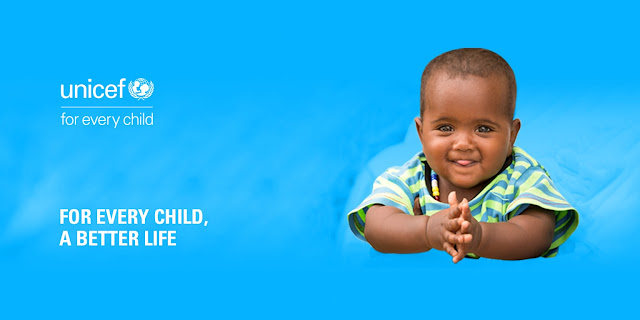 Of course, UNICEF is the United Nations' Children Fund that monitors the welfare of children worldwide. It regularly provides positive results regarding how Revolutionary Cuba treats the welfare of its children. Unfortunately, and in stark contrast...!!! 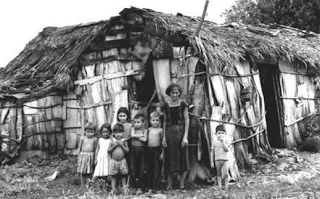 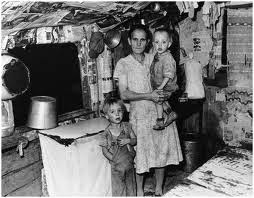 Yes, unfortunately...the two photos depicted above were taken during the 1950s when the U.S.-backed and Mafia-backed Batista dictatorship ruled Cuba. While supported by the world's strongest nation and by the world's strongest criminal organization, it was almost impossible for a revolutionary revolt to overthrow Batista...but the impossible DID actually occur. While the extreme and unchecked rape and robbery of the island was taking place from 1952 till 1959, the Batistianos, the Mafiosi, and American businessmen were amassing truckloads of wealth; but the everyday Cubans who were not connected to the dictatorship were not even tossed crumbs, and that left women like the ones shown above in dire straits trying to feed and clothe their children. But along with trying to feed and clothe their children, Cuban mothers during the Batista dictatorship had another even larger problem. 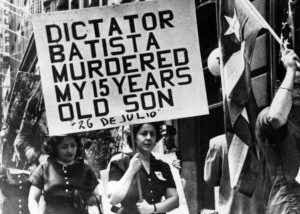 The dire deprivations for the everyday Cubans during the Batista dictatorship in the 1950s were exacerbated to extreme levels when Cuban mothers took to the streets in the cities to protest. But as documented by the two photos depicted above, and by many others just like them, the Batista thugs responded with a most hideous tactic -- murdering children to serve as a warning to the Cuban mothers not to resist. But the hideous killings merely made the Cuban mothers...Cuban madres...more determined to resist and PROTEST. In the photo above, the woman in the white blouse and wearing the sunglasses was the mother of Willie Soler, a now famous little boy murdered by the Batista thugs. Because mothers like these lit the fuse that spawned the Cuban Revolution, which defeated Batista on Jan. 1-1959, today the major children's hospital in Havana today is named...William Soler Children's Hospital. 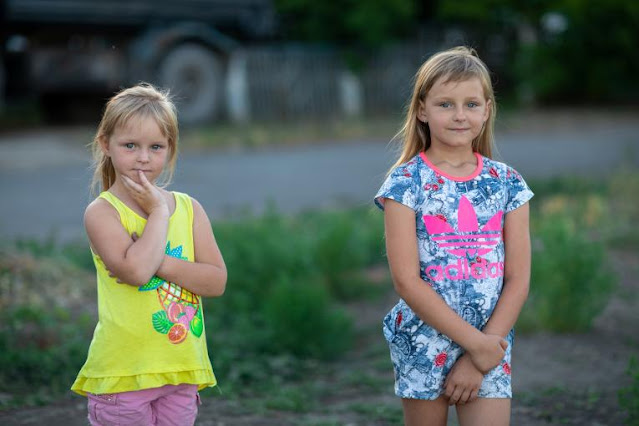 This is a modern UNICEF photo of two healthy girls. 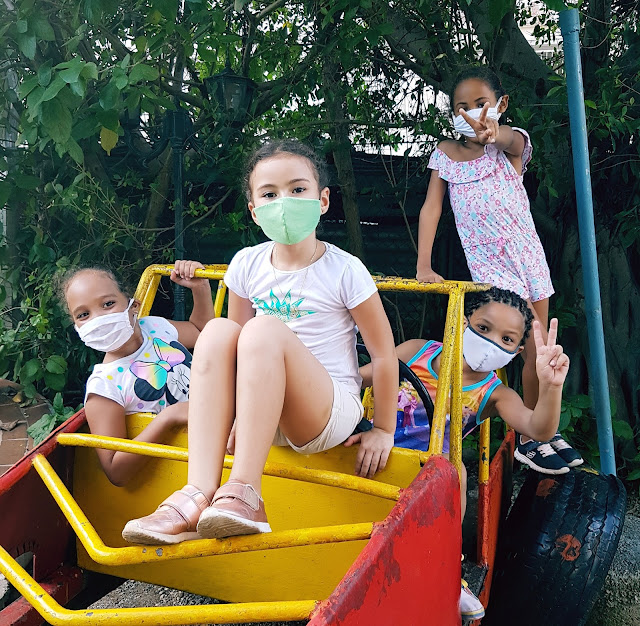 And this updated photo shows four Cuban girls in Havana, typical of the Cuban children that now UNICEF tells us that are being well cared for in Revolutionary Cuba today. Of course, in order to care for Cuban children like these, in December of 2020 Revolutionary Cuba must defend these children against both the COVID-19 PANDEMIC and against the equally cruel U. S. ECONOMIC EMBARGO that has existed since 1962 in various forms but which the Trump administration has been allowed to now expand into a genocidal U. S. ECONOMIC BLOCKADE. Of course, beyond the self-serving political gains for the Trump administration and the Little Havana Cubans in Miami, the biggest culprits are the everyday cowardly Americans who allow it to happen. 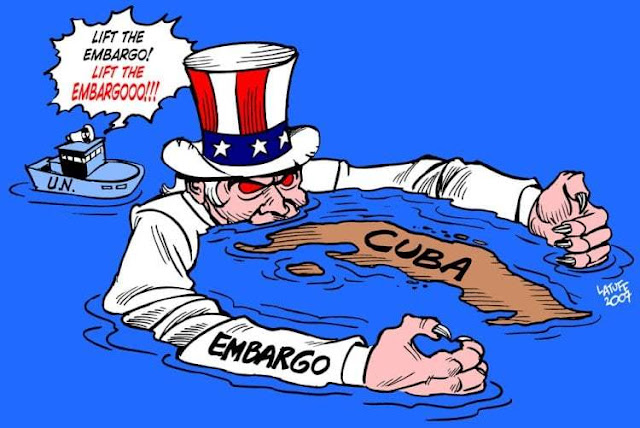 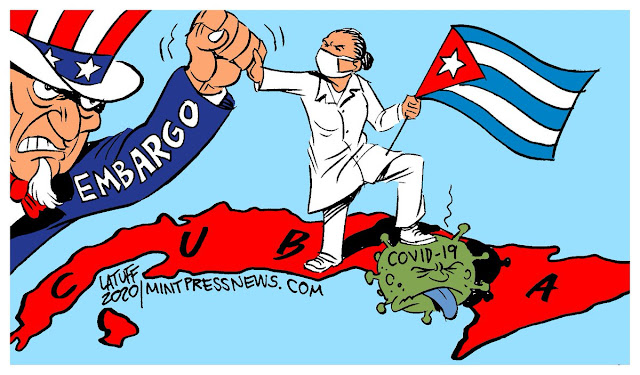 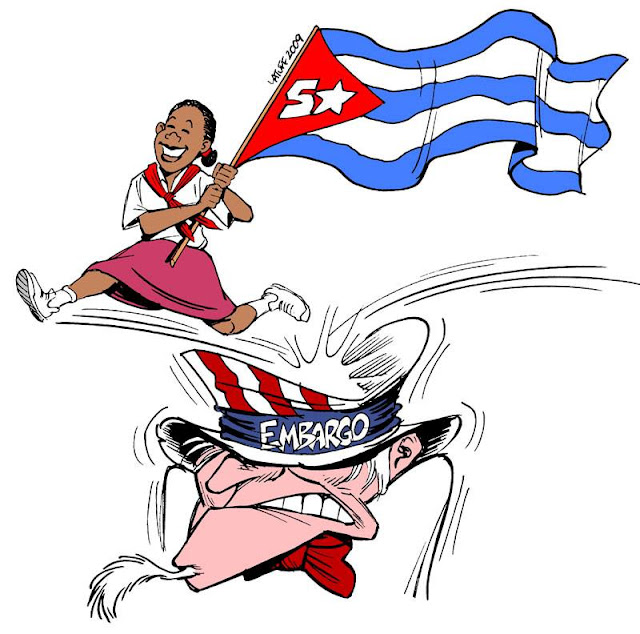 While most politicians and journalists in the United States simply are not courageous enough to oppose the genocidal cruelty of the U. S. Economic EMBARGO-BLOCKADE against the children of Cuba, the truly brilliant Brazilian Editorial Cartoonist Carlos Latuff has brilliantly illustrated to the world images, such as the three above, that Americans are programmed not to be ashamed of. And by doing so, Carlos Latuff reminds Americans that Little Havana in Miami, almost 7 decades after the triumph of the Cuban Revolution, continues to grow richer and stronger.