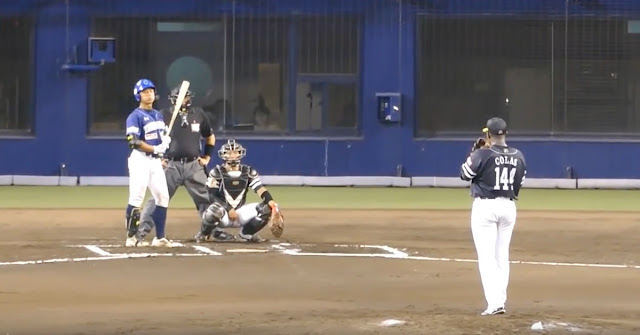 In this second week of the new decade 2020 the photo above from Japan is circulating around the sports world and it also says a lot about an American secret, which relates to the sub-Cuban government in the United States that operates unimpeded within the bowels of the prime U. S. government that rules from the capital of Washington. The Cuban government in the USA has involved since January of 1959 when the Cuban Revolution chased the U.S.-backed Batista-Mafia dictatorship from Havana to its new capital in Little Havana in Miami. Neither the mainstream U. S. media nor the U. S. government admits that fact, but nevertheless it is true -- as the photo above illustrates. Above in Japan's powerful pro-baseball league, the left-handed batter is about to hit against a young left-handed pitcher from Cuba named Oscar Colas. Now that you understand the image above, you should comprehend how it relates to the reality that Little Havana is the capital of America's Cuban government-in-exile that exists as a self-sustaining sub/second USA government. 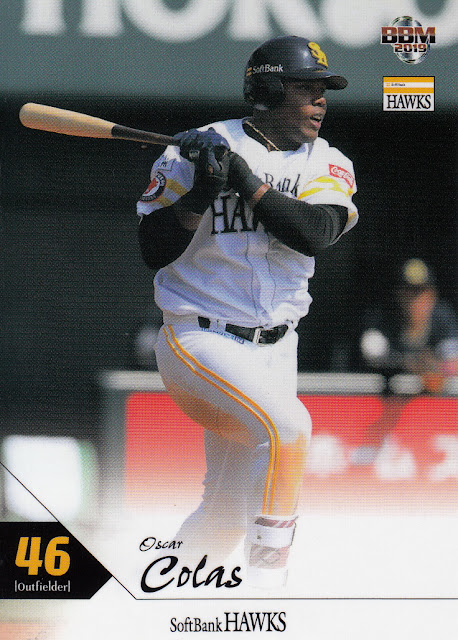 In the top photo Oscar Colas was shown displaying a devastating fastball as a left-handed Cuba pitcher in Japan. In the photo directly above, Oscar is shown as a powerful left-handed hitter in the Japanese Major Leagues for the Soft Bank Hawks. Since he was 17, Oscar had been a star in Cuba before he proved in Japan that he had superstar Major League talent as both a lefty pitcher and lefty-hitting slugger. America's 30 Major League teams now routinely have superstars making $40 million a year on long-term, guaranteed contracts. And the U. S. Major League teams also routinely covet players from both Cuba and Japan, both hotbeds for baseball talent. 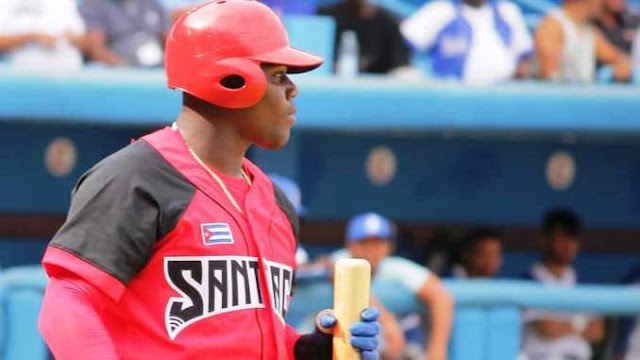 Now in this first week of 2020 all 30 U. S. Major League teams are salivating about signing Oscar Colas as either a pitcher or a hitter or both. He is 21-years-old and he is considered many times more talented than young Cubans who have been signed to massive guaranteed U. S. contracts after defecting from Cuba. Well, Oscar Colas this week has defected from Cuba and between now and July all of the Major League teams in the U. S. are competing to sign him. The Chicago White Sox, for example, already are led by three Cuban superstars -- Jose Abreu, Yoan Moncada, and Luis Robert -- and the White Sox have already compiled a hefty multi-million-dollar proposal to entice Oscar, but so have all the other 29 U. S. Major League teams. That explains how and why America's sub-Cuban government in the capital of Little Havana is so unique within the bowels of the U. S. government that resides in the capital of Washington. Permit me to explain. 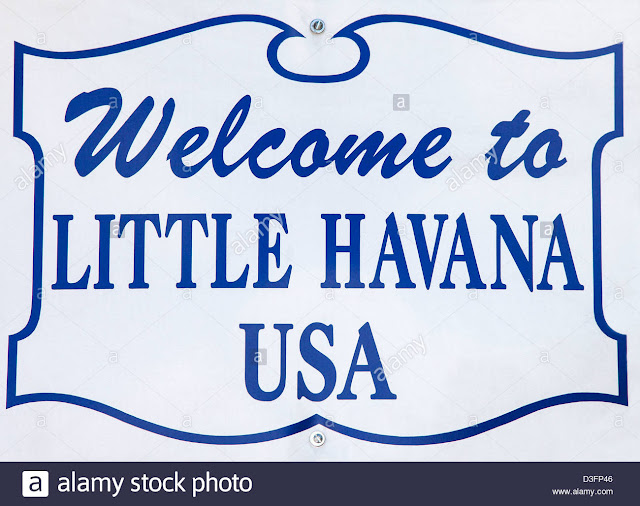 Because Little Havana constitutes a government unto itself on U. S. soil, Cuban baseball players are the only ones in the whole world who have to defect in order to quickly become multi-millionaires in the USA. That has created unsavory human traffickers who try to partake in such instant wealth. In 2019 Major League Baseball in the USA tried to restrict the human traffickers by signing a deal with Cuba that would make Cuban prospects treated in the same fashion as talent from other nations. After that sane and decent deal was signed, a few Counter Revolutionary extremists in Little Havana -- Rubio, the Diaz-Balart brothers, etc. -- easily canceled the deal, using their power as America's sub-government. To put that in proper perspective, the Boston Red Sox paid $72 million upfront to sign a little outfielder who turned out to be not a Major Leaguer but all the $72 million was guaranteed. That same prospect would have commanded no more than $3 or $4 million had he not been a Caban that all 30 Major League teams could bid for, while all other similar prospects would be restricted to being signed by just one team, the only team that could bid for them. Little Havana, which feels empowered to order Washington's government to block anything that might allow Cuba, a sovereign nation since 1959, to acquire money, which is supposedly to make the pugnacious island totally vulnerable to recapture by Little Havana Batistiano exiles. Of course, only Cuba is strangled by such genocidal tactics from the soil of the world's superpower nation. For example, another Caribbean nation -- the Dominican Republic -- arguably now is producing more USA baseball superstars than the USA itself produces. But all of the USA's 30 Major League teams have state-of-the-art facilities and stadiums staffed year-around in the Dominican Republic, which not only produces an incredible number of Major League-caliber players but also sends a year-around supply of commerce and dollars to the Dominican Republic. By contrast, unlike in the Dominican Republic and all countries except Cuba, Little Havana's U. S. government is allowed, decade after decade, to use Washington's government to essentially commit genocide against 11 million everyday Cubans on the nearby island while colluding with human traffickers and other unsavory characters and while making Little Havana's leading politicians and sycophants incredibly rich and powerful. 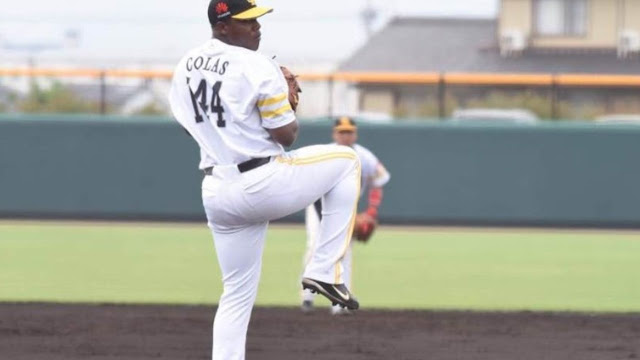 And so, the unfolding saga of Oscar Colas, Cuba's latest baseball phenom coveted by all 30 of America's Major League teams, reveals a secret that America's democracy-loving citizens are supposed to be too stupid and too afraid  to comprehend in this new decade of 2020. 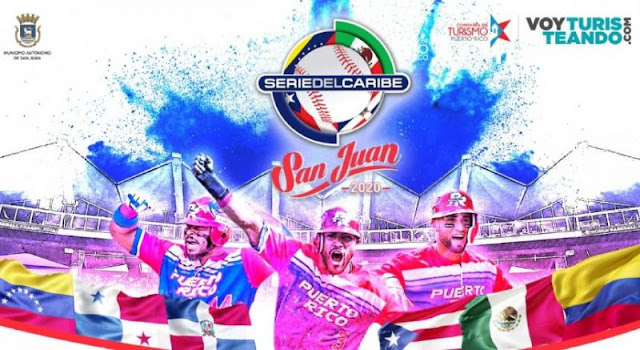 Also, the Little Havana portion of the U. S. government this week, in its unchecked and gutless assaults and discriminations against baseball-loving everyday Cubans, booted Cuba out of the Caribbean Baseball Series that will be played next month -- February 1-7, 2020 -- in the U. S. Territory of Puerto Rico. When a handful of Counter Revolutionary Cubans in Little Havana can do things that out of sheer spite to hurt the bulk of Cubans, Cuban-Americans, and everyone else, it continually proves that the once-proud U. S. democracy is simply not strong enough to rein-in the worst of its Cuban exiles. 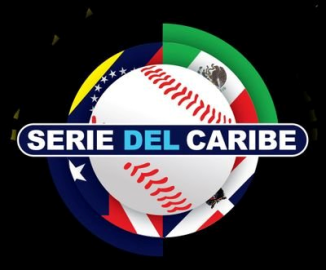 For many years Cuban teams dominated regional and international events such as the Caribbean Baseball Series. When Rubio, the Diaz-Balart brothers, and a few other denizens in Little Havana can on a whim rule Cuba out of next month's Caribbean Baseball Series in San Juan, neither the scared mainstream U. S. media nor the afraid U. S. citizens will have any brave backlash in defense of neither democracy nor 11.4 million Cubans on the island. It's been that way in America virtually since Little Havana emerged as the capital of the Cuban government-in-exile, giving the United States at least the appearance of a TWO-GOVERNMENT nation. Of course, Washington remains the recognized capital of the United States but, if another democracy-loving generation of Americans doesn't soon appear, Little Havana and Washington may one day be co-equals, at least...and then beyond that Little Havana might well supersede Washington as the USA's capital. 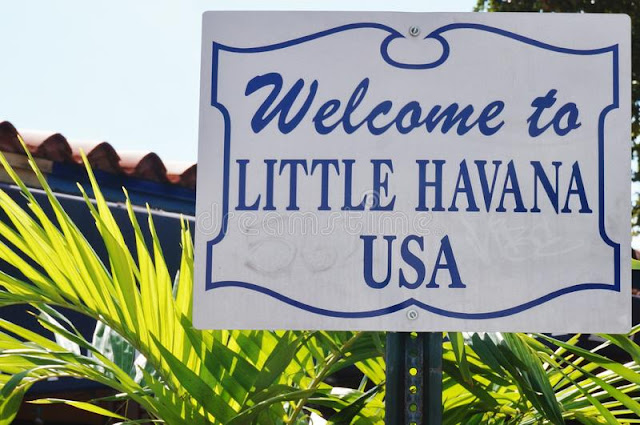