Cuba Tries To Blunt US Blockade 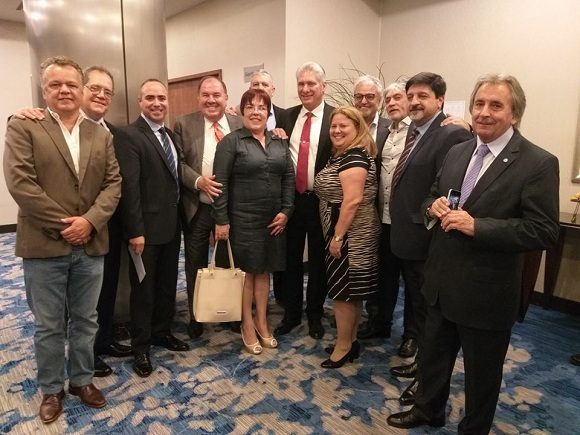 Cuba's President Miguel Diaz-Canel {in the center above in the red tie} has had a productive today -- Monday, December 9th, 2019 -- in Buenos Aires. About 50 Argentine business leaders invited the Cuban leader to discuss how they can help the island survive the extraordinary effort of the "Trump administration in Washington from strangling and isolating Cuba with a cruel embargo that is illegal by international standards." 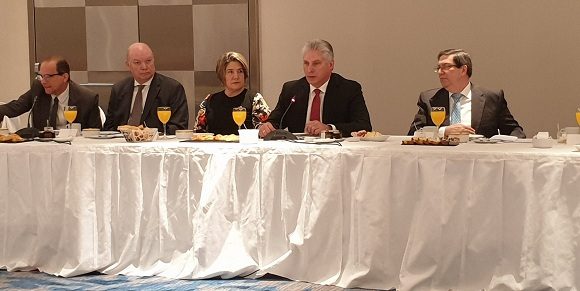 In Buenos Aires today President Diaz-Canel is accompanied by Cuba's top Ministers who are involved in trying to secure foreign investments, and Argentina has obliged. 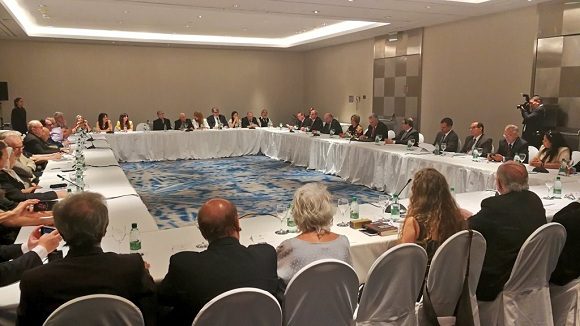 This roundtable discussion in Buenos Aires today is all about how Argentine businesses can invest in Cuba. This is drastically important in the face of recent developments in which the U. S. has succeeded in shifting former pro-Cuban governments in Latin America in Brazil, Bolivia, Ecuador, and elsewhere to tilt strongly to pro-USA right-wing anti-Cuban leaders. Argentina is an important example of Cuba's success in trying to combat that trend. In his official statement in Buenos Aires today, Cuban President Diaz-Canel said: "Argentina is a dearing country showing its independence in defying the U. S. blockade against the Cuban people that some business people here today have told me that they consider Washington's attempts to impose genocide against everyday people in my island country." Argentina is currently the leading fourth trading partner with Cuba from Latin America and the Caribbean, and the ninth internationally. Those rankings are expected to improve after today's discussions.