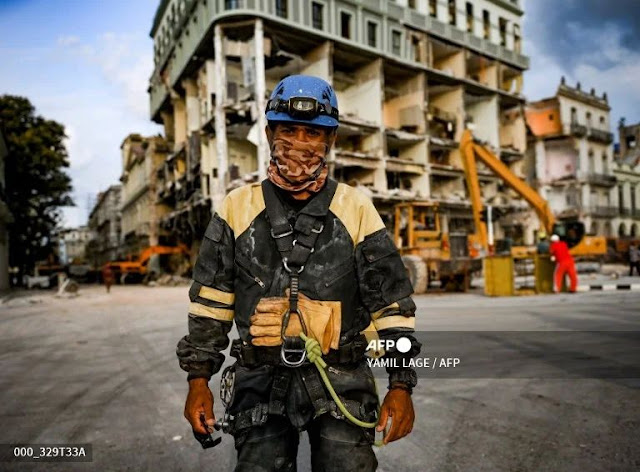 By this morning -- May 11th, 2022 -- the death toll has reached 43 in Friday morning's {May 6th} explosion at the famed Saratoga Hotel in the heart of Havana, a mere block from the capital building. Many vehicles and 96 homes close to the Saratoga were also affected or destroyed. 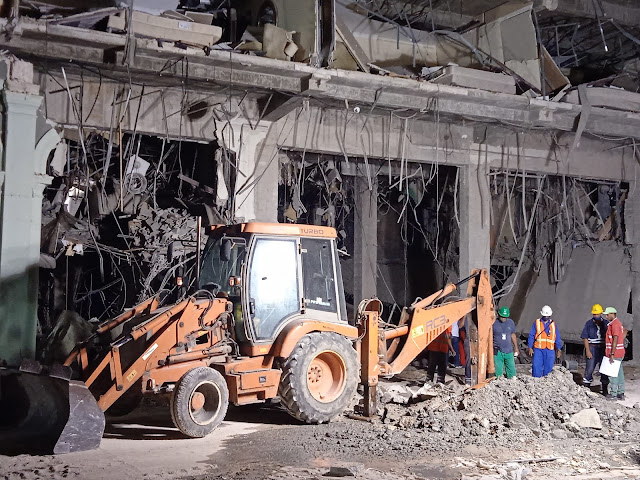 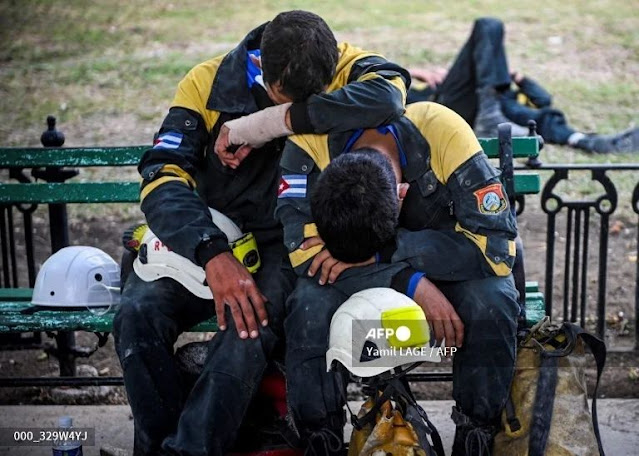 Since May 6th rescue workers like these have toiled tirelessly among the ruins of the Saratoga Hotel. The two exhausted young men shown in this AFP-Yamil LAGE photo above were only taking a brief rest-break today. 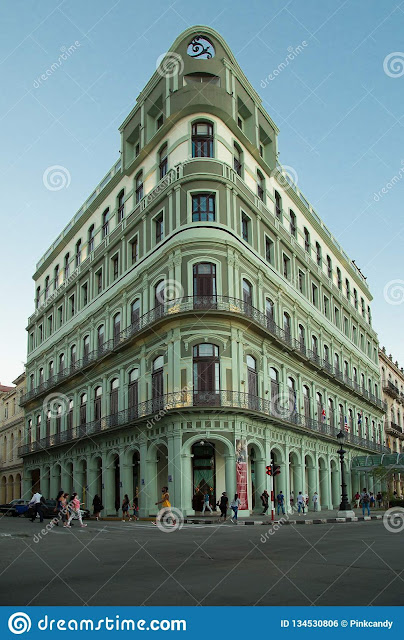 The Saratoga Hotel was originally built in the 1930s but, because it was important to tourism in the heart of Havana, it was rebuilt in 2005 as a 5-star hotel. In April and May in 2022 it was being refurbished and scheduled to reopen this week on Tuesday, May 10th. When the explosion occurred on Friday morning, May 6th, most of the 43 deaths were therefore workers. 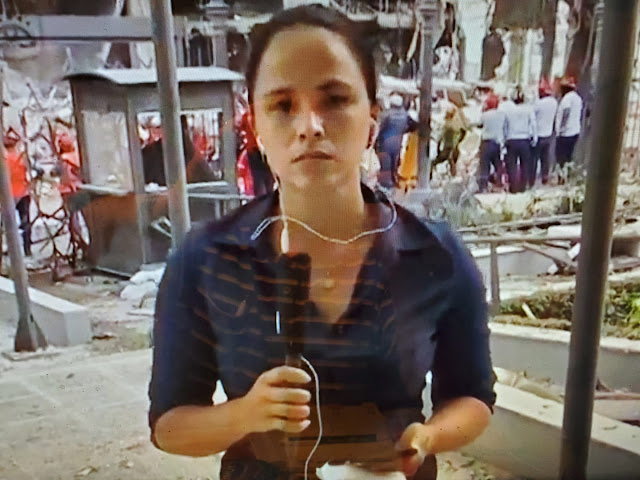 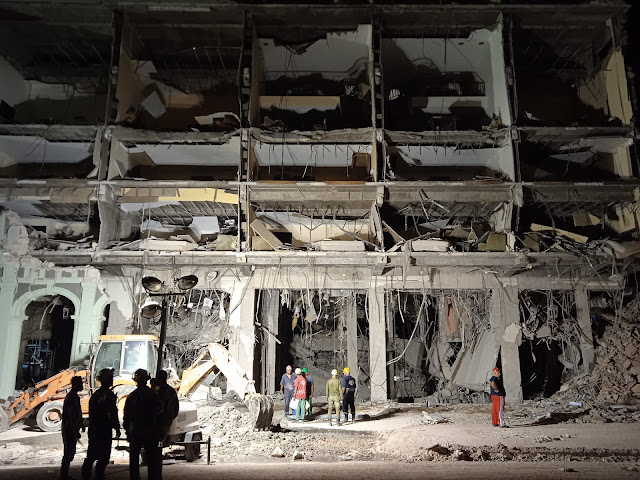 As of today -- Wednesday, May 11th-2022 -- three of the 51 workers are still unaccounted for and believed to be buried beneath the debris of the Saratoga Hotel...so the death toll of 43 is expected to keep rising. Dozens of people remain hospitalized and dozens of Cubans have been relocated because their nearby homes were destroyed or affected.