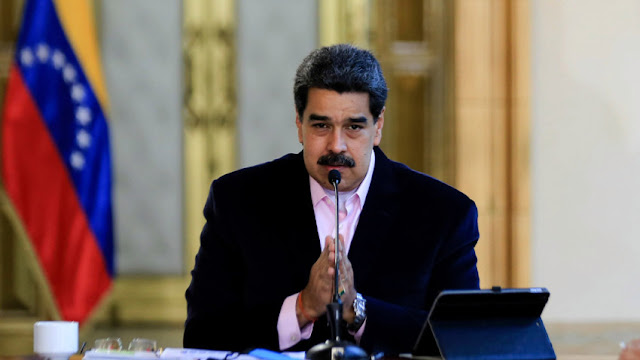 This photo shows President Nicolas Maduro Monday night, May 4th, 2020, on TV telling the Venezuelan people about the military attack "from the United States and Colombia that invaded our homeland on a beach 32km, 20 miles, from Caracas we repelled. The intent was to kill me. Our coastal forces killed 8 invaders, and we have captured 13. I show here two U. S. passports, birth dates and all, of two American soldiers named Airan Berry and Luke Denman. They worked for a paramilitary group from Florida named Silvercorp. Its leader, a Green Beret American named Jordan Goudreau, is on video stating he has been training his men in Colombia to overthrow the Venezuelan government and Goudreau says he signed a contract with Juan Guaido to complete the job. Guaido has plenty of money from Miami and Washington to buy armies. International media, like ours, has Goudreau's video and he says his operations are ongoing across our homeland. He is funded by Miami and Washington, and supported by Colombia and maybe Brazil, two main countries that Miami and Washington have enlisted against us." 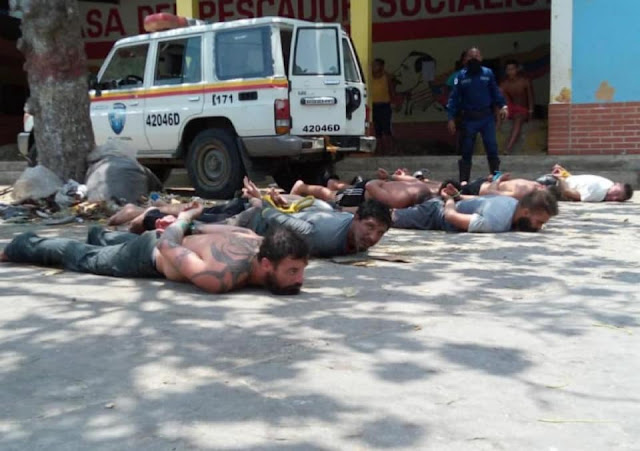 This photo  shows some of the prisoners captured by Venezuelan soldiers during this week's invasion that Venezuela says was launched by the United States and Colombia from Colombia, but both the U. S. and Colombia deny being involved. 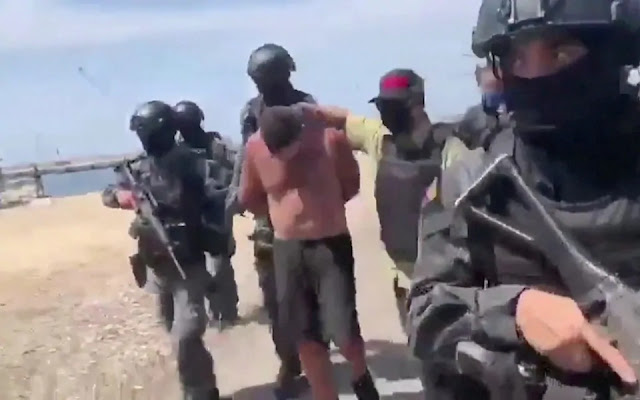 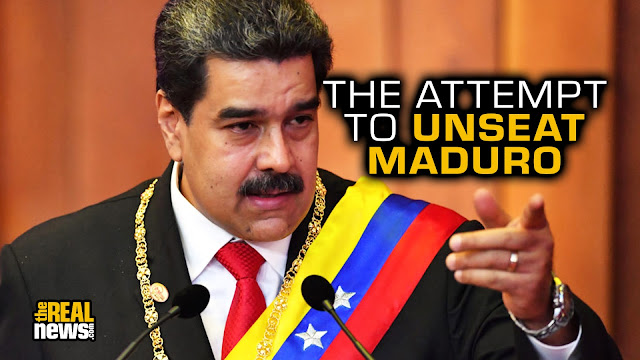 U. S. President Donald Trump's attempts to unseat Venezuelan President Nicolas Maduro were expected to end way back in January of 2019 when Trump annointed opposition leader Juan Guaido as the President of Venezuela. It hasn't happened and in the first few days of May-2020 the U. S. efforts to hasten the coup have greatly expanded. 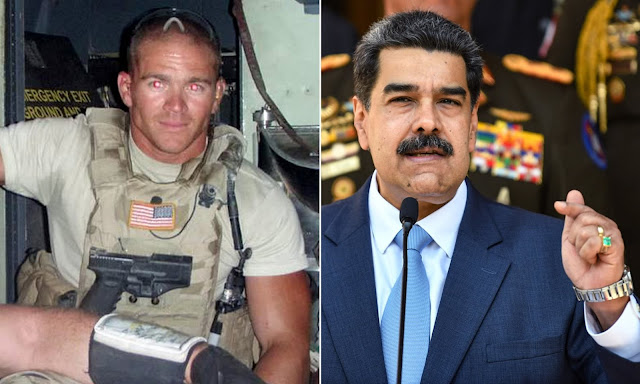 Incredibly, at dawn a group of mercenaries trained in Colombia by U. S. Green Beret hero Jordan Goudreau invaded a beach on Venezuela's northern coast 20 miles from the capital city of Caracas with the avowed goal of capturing President Maduro. News organizations including the USA's AP quotes Goudreau as saying that "Operation Gideon" was indeed a coup attempt. And Goudreau openly said he had "signed a contract with {opposition leader} Juan Guaido to overthrow Maduro." Venezuelan coastal forces botched the invasion, quickly killing 8 invaders and capturing two Americans. Now Venezuela has mobilized 25,000 soldiers to try to locate any mercenaries that might have escaped to safe houses. In a weird video Goudreau, while sitting by military defector Javier Nieto, said he had "fighters in other operations across the country." And Goudreau identified the two Americans captured as Airan Berry and Luke Denman. Goureau said, "They work for me. They are my guys." 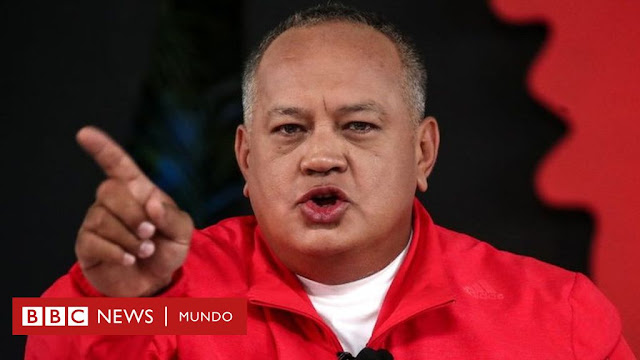 The second most powerful person in the Venezuelan government, Diosdado Cabello, said, "The U. S. imperialists, prodded by the Miami Cuban criminals, led the attack on our homeland from Colombia." 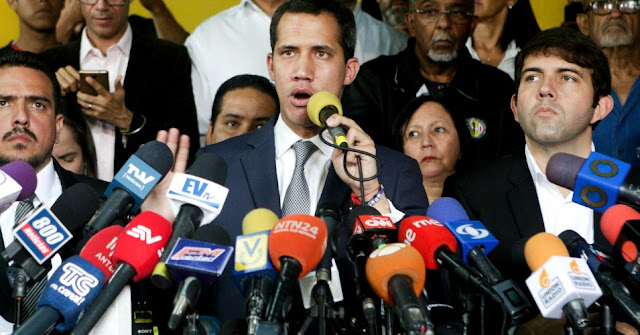 The USA's pick as Venezuela's President, Juan Guaido, now calls Jordan Goudreau a liar regarding his alleged "contract" with Goudreau. In a quick and weird but official announcement, Guaido said, "I did not hire Silvercorp from Florida to kill Maduro or remove him by force." 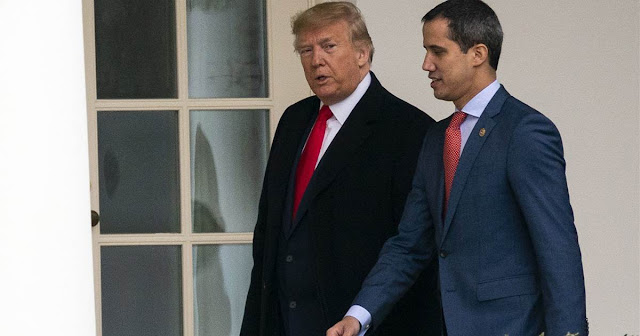 U. S. President Donald Trump hosts his pick as Venezuela's President, Juan Guaido, as well as members of Guaido's family and close associates, at the White House. It is assumed that Trump supports Guaido at the suggestion of Cubans like Marco Rubio, Mauricio Claver-Carone, and Mario Diaz-Balart ...the trio believed to be most eagerly dictating Trump's Caribbean and Latin American adventures. Supposedly the Rubio/Claver-Carone/Diaz-Balart group still believes that regime changes in Venezuela and Nicaragua are the path to clearing the way for their prime regime-change, the one in Cuba. 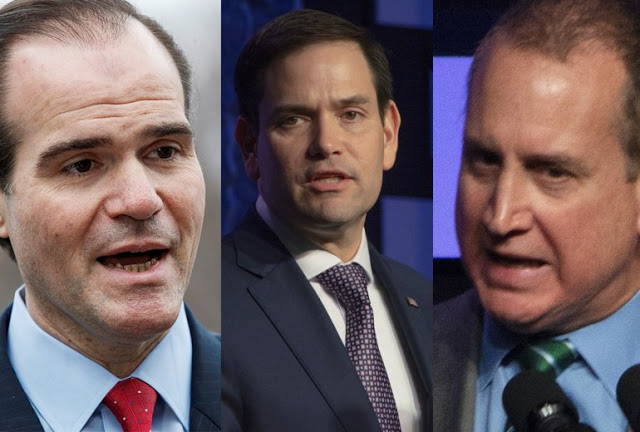 It is also assumed that Claver-Carone, Rubio, and Diaz-Balart have more than enough influence over the Trump White House to persuade Trump to do what ever it takes economically and militarily to take care of Venezuela, Nicaragua, and Cuba between now and November. Then, of course, would come the stickier part, which is outlasting however many revolutions that  will follow in its wake. 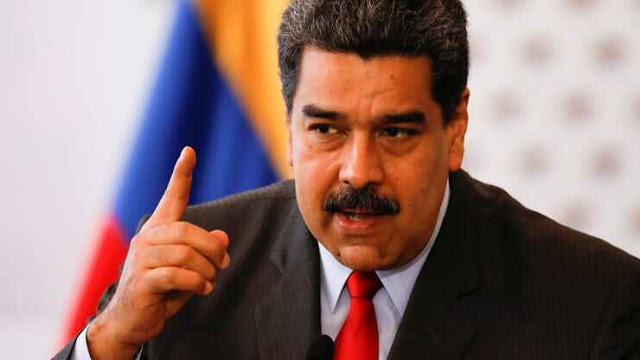 Most of the experts believe that the harassed Nicolas Maduro saw the handwriting on his wall as far back as January of 2019, and supposedly told a Scandinavian negotiator that TRUMP agreed to his terms but that the Miami Cubans did not. Ironically, Maduro reportedly told the perplexed negotiator that he {Maduro} and Trump agreed that Maduro would leave office and go into exile as long as the U. S. agreed to have his successor chosen in an honest election. But after Maduro and Trump agreed to those "basic conditions," Maduro told the negotiator, "Trump was vetoed by the Miami Cubans." Maduro and #2 leader Diosdado Cabello have both said in eerily similar sentences that they have anticipated a full-blown war ever since "Rubio and Diaz-Balart persuaded Trump to put Claver-Carone in full charge of the State Department's Western Hemisphere affairs." Maduro also has said, "Claver-Carone is even more warlike than Rubio and Diaz-Balart, but Trump is not in a position to question any of them when it comes to targeting, first, Bolivia and after that Venezuela, Nicaragua and Cuba. As long as Trump or any Republican is President...Rubio, Claver-Carone and Diaz-Balart are Kings as far as the Caribbean and Latin America are concerned."