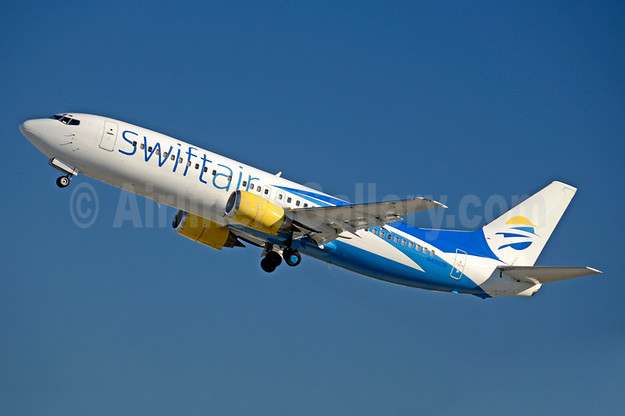 Today -- May 28th, 2020 -- the unconscionable disgrace of the U. S. genocide against masses of Cubans on the island continued unabated, shaming Democracy-lovers around the world but mightily pleasing a handful of heartless Cuban-Americans basking unchecked in Miami, Newark, and the U. S. Congress while also saturating the Trump White House. In a world beset with major problems, Reuters today reported that much of the Trump administration was absorbed with continuing to starve Cubans in Cuba to induce them to overthrow their government and finally, after going on 7 decades, to allow the Little Havana Batistianos to regain control of the island they lost to the Cuban Revolution way back on January 1, 1959. So today Reuters reported:
"The United States today imposed a cap on charter flights to Cuba at 3,600 per year, the U. S. Transportation Department said on Thursday, as President Trump's administration moves to curb the Cuba government's access to revenue.
"The Department said on Thursday it will award about 3,250 of the flights for the 12 months ending May 31, 2021, to Swift Air LLC and World Atlantic Airlines.
"Some 624,000 Cubans living abroad visited their homeland in 2019, of which a record 552,800 were from the United States." 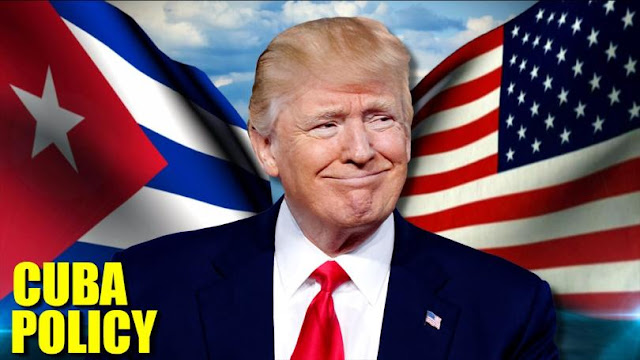 The genocidal Cuba Policy of President Trump is unique and reflects the iron grip that a few Batistiano-type Cubans have on the Republican Party. That should be alarming for Democracy-loving Americans and Cuban-Americans because the U. S. has a money-crazed Two-Party political system -- Democratic and Republican -- and it could evolve into a One-Party system, much like the U.S.-backed Batista dictatorship in Cuba during the 1950's. Prior to Trump's amazing election in 2016, Democratic President Obama had been the only U. S. president since the 1950's to have the guts to try to really combat the Batistiano-Mafia dictatorial influence on either Cuba or the United States. And Obama had worldwide support to try to normalize relations with the Cuba and end the stifling Batistiano-imposed Embargo against Cuba that had started back in 1962. In his last gallant year as President, in 2016, Obama's herculean effort to end the Embargo got unanimous international support -- 191-to-0 -- in the United Nations. But the world's strongest DEMOCRACY was/is not strong enough to react to such UNANIMITY OF OPINION when the issue is Cuba. 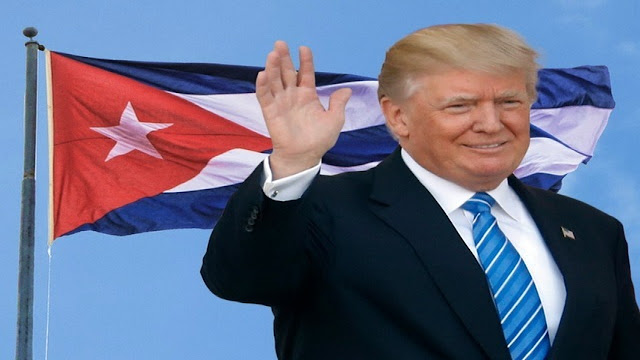 As President, Donald Trump has essentially taken an oath to Little Havana in Miami that he will be the president who will recapture Cuba for them. Thus, Trump has refashioned the greed-obsessed 6-decades-old Embargo into a genocidal Blockade. Yet, obviously because there have always been enough Cubans on the island who detest a return of the US-backed Batistianos, both the 6-decades-old Embargo and Trump's genocidal Blockade, so far at least, has been unable to recapture Cuba for the Batistianos. 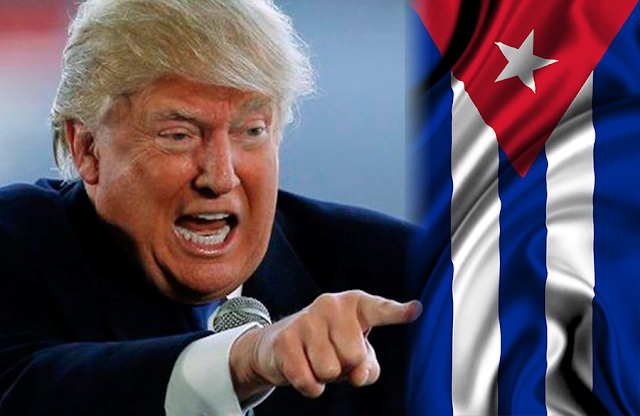 Considering the one-star Cuban flag to be a Batistiano flag, Trump has gone far above even all previous Republican presidents to bow totally to the dictates of the Little Havana-based Batistiano Cubans. For example, not even tightly Batistiano-aligned President George W. Bush activated Title 3 of the Batistiano-written and sacrosanct Helms-Burton Act because even Bush considered Title 3 to be too genocidal to impose on masses of Cubans on the island. But Trump in 2019 activated Title 3, apparently because he believes the Batistianos in Little Havana will reward him with Florida's crucial 29 Electoral Votes in this November's presidential election. 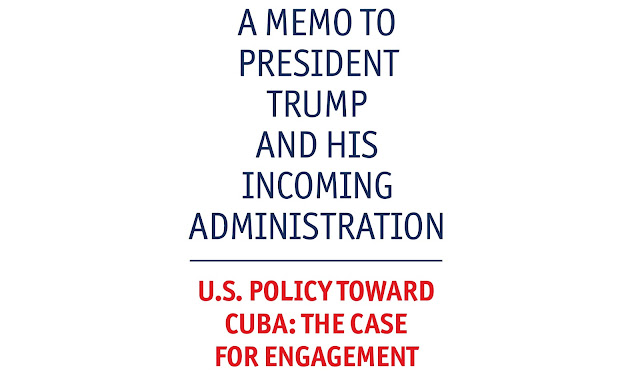 Of course, only a few Cuban-American extremists in Little Havana and in Congress want the Superpower United States to impose an economic hardship on Cubans on the island and, surely, most Cuban-Americans don't want the United States to commit genocide against Cubans on the island. Most Cuban-Americans supported Obama's brave decency towards Cuba, not Trump's gutless indecency. Yet, back in the 1950's the U. S. democracy was not strong enough to prevent the United States from teaming with the Mafia to support the brutal and thieving Batista dictatorship in Cuba. And, in 2020, the U. S. democracy is not strong enough to prevent a handful of rich and powerful Batistianos from dictating total Cuban policy to another Republican president. 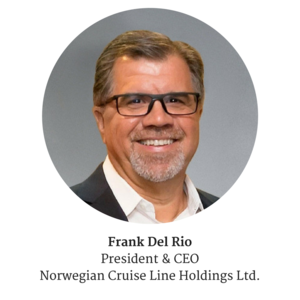 Among the Cuban-Americans who want the United States to treat Cubans on the island with decency and to engage sanely with them is Frank Del Rio. As the President & CEO of the powerful Miami-based Norwegian Cruise Line, Frank wholeheartedly supported President Obama's decency towards Cuba, including eager hopes by all U. S. businesses, especially in Florida, to engage with Cuba. Frank was so overjoyed that Obama had allowed cruise ships to sail from Miami to Cuba for the first time since 1962 that he cried when, while sailing at the front of one of his own cruise ships, he saw Havana coming into view. Great, decent Cuban-Americans like Frank Del Rio, however, do not have input into influencing Cuban relations whenever a Republican president is in the White House. And, sadly, both the American people and the mainstream U. S. media in the United States are too afraid of Little Havana to say or to do anything about this affront to America and to Democracy. 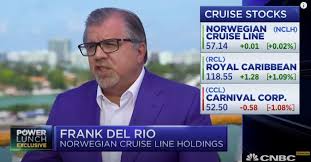 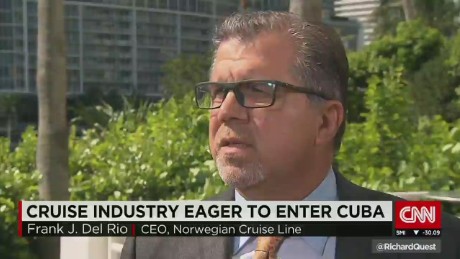 After Obama opened up business to Cuba, Frank Del Rio, in the above interview with Richard Quest of CNN, said, "We all have known that, if it was opened up by the U. S. government, Cuba would be the biggest destination in the Caribbean." But punishing Cuban-Americans, Americans, and everyone else, a handful of powerful Batistiano Cubans in Miami can thwart even powerful Cuban-Americans like Frank Del Rio. 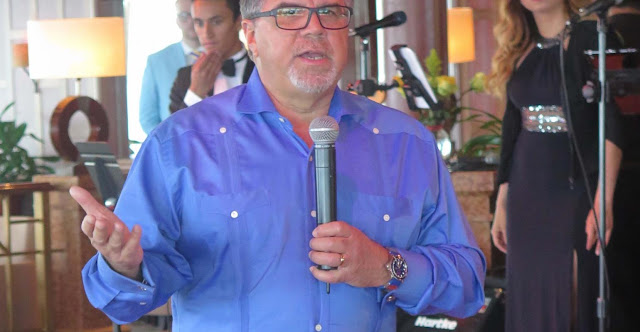 This was the emotional news conference in Miami that Frank Del Rio held just before he took one of his Norwegian Cruise Line ships to Cuba during the Democratic Obama administration. But Republican Trump's administration in 2017, controlled by a handful of powerful Counter Revolutionary Cubans, immediately began to end any commerce that might positively affect Cuba's economy, even if such commerce greatly helped thousands of decent and powerful Cuban-Americans such as Frank Del Rio.

When President Trump pointed to Mauricio "Berserk" Claver-Carone and put him in total charge of America's Western Hemisphere Affairs only because Cuba is in the Western Hemisphere, Democracy took a huge hit in the United States. And, of course, that is vastly exacerbated by the fact that both the American people and the mainstream U. S. media {including the extreme left-wingers who detest Trump} are often simply too afraid to even discuss this dire affront to AMERICA and to DEMOCRACY.