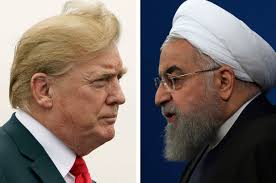 Ubiquitous headlines on this July 23rd, 2019, warn us that the leaders of the United States and Iran may be on the brink of war. 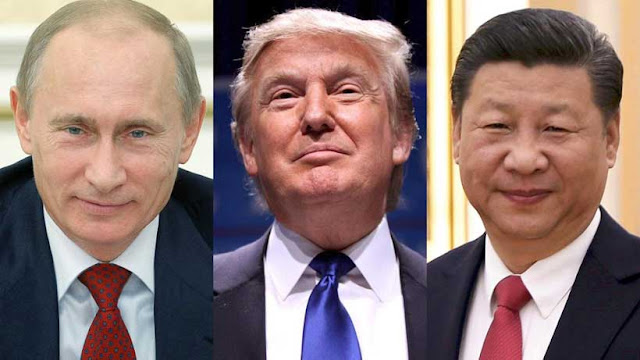 Major wars these days involve various proxy armies aligned with or against the interests of the three world powers -- Russia, the United States, and China. 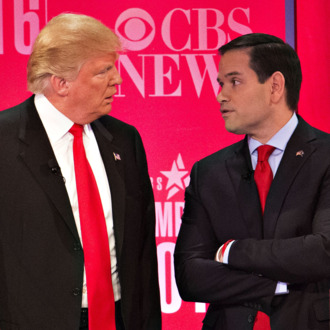 As the media focuses American and worldwide attention on the threat of war in the volatile Middle East and the Mediterranean Sea, it appears that President Trump also has his hands full trying to appease Senator Marco Rubio's urgent desire for a regime-change in Venezuela, apparently as the crucial step to finalizing Rubio's primary concern -- a regime-change in Cuba. It seems that Trump is perfectly willing to pulverize Venezuela and Cuba in exchange for his belief that Rubio can deliver Florida's crucial 29 electoral votes to his 2020 re-election plans. Yet, even the mainstream left-wing media in the U. S. that is trying so hard to impeach Trump is simply too afraid of Cuban extremists to report fairly...or at all...on even war-threatening Cuban issues. 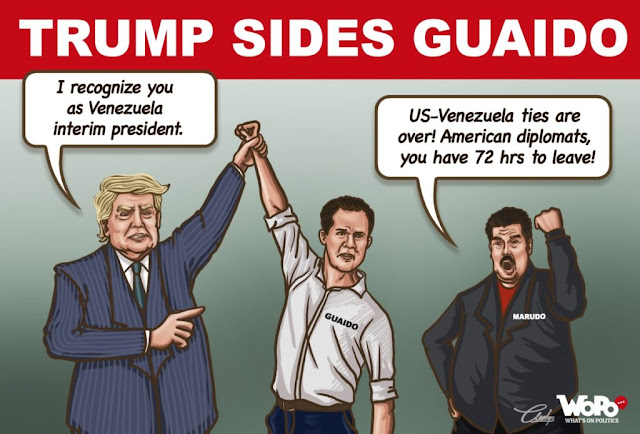 As far back as January, the world expected the regime-change in Venezuela to be a quick foregone conclusion, considering the dire straits the Maduro government was in economically and politically. Thus, Trump recognized Rubio's choice as Venezuela's president, Juan Guaido. Six months later, however, that scenario is still playing out...with Maduro's survival being aided by simply stressing that the USA's reputation for past coups in Latin America should rule-out a key U.S-orchestrated Latin American regime-change in 2019. 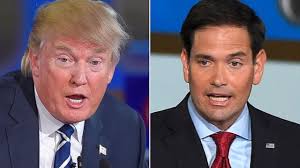 The sheer stupidity of Trump-Rubio assigning America's two most feared veteran right-wing coup-mongers -- Elliott Abrams and John Bolton -- to finalize the regime-change in Venezuela complicated the supposedly simple process. Solving the Venezuelan quagmire to suit the likes of Abrams and Bolton scares every Latin American nation, including the USA's best allies. Yet, this past weekend Rubio seemed concerned that Iran's intransigence might supersede his Venezuelan-Cuban agenda. On his Twitter page and elsewhere Rubio apparently wanted everyone to know that a Venezuelan fighter plane purposely harassed a U. S. fighter plane over the Caribbean Sea. 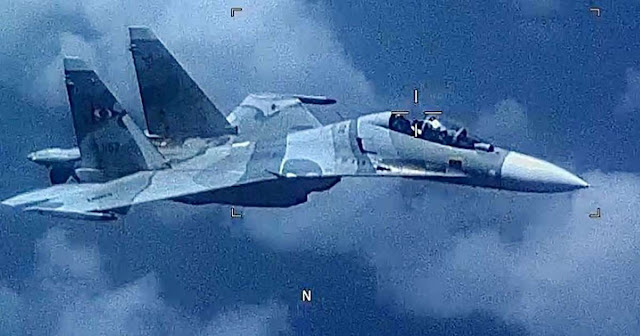 A Venezuelan SU-30 Fighter Jet, it has been confirmed, did fly "dangerously close" to a U. S. reconnaissance jet flying over the Caribbean Sea. 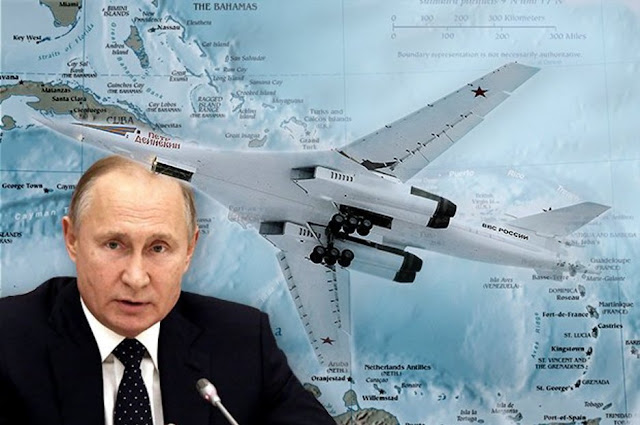 But, of course, it was Russian President Vladimir Putin's decision to send ultra-modern nuclear bombers to Venezuela months ago that has prevented, or at least delayed, the regime-change in Venezuela, which Rubio apparently believes is the final step prior to priority #1 -- the regime-change in Cuba. 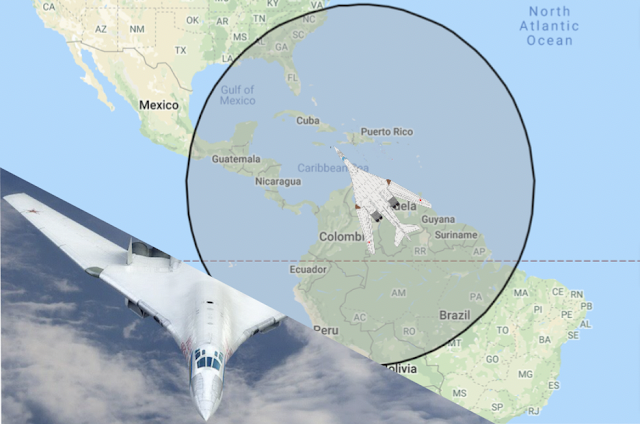 At the moment, Russia's feared nuclear might hovers over Venezuela and thus thwarts the Trump-Rubio designs to put Miami's LONG-IMPATIENT Little Havana exiles back in charge of Havana. Apparently, Putin believes a U. S. domination of Venezuela and Cuba is not in Russia's best interests. 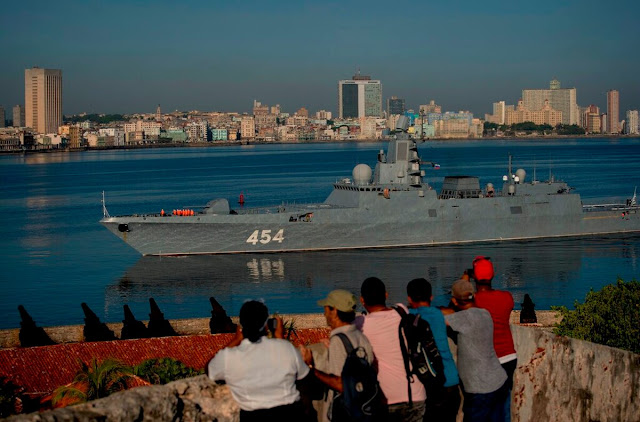 Russia's newest and most prized nuclear-armed ship -- the Admiral Gorshkov 454 -- recently sailed into Havana Harbor, as shown by this Ramon Espinosa/Associated Press photo. Russia knew U. S. ships in the Caribbean closely monitored the audacious statement that took place 90 miles from Florida. 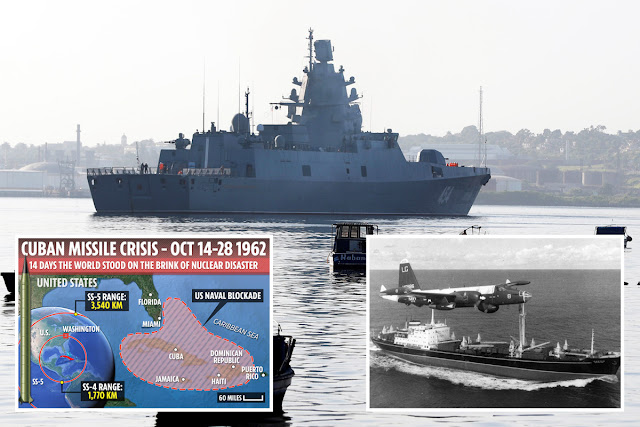 The Cuban Missile Crisis way back in October of 1962 is still remembered as the closest the world has ever come to a nuclear holocaust. The U. S. and the Soviet Union barely avoided that catastrophe and now Russia seems to be suggesting that such a crisis needs to be avoided in 2019 too. Russia knows it can't remotely match the USA's economic power but it is convinced that it can match the USA's offensive and defensive nuclear might. 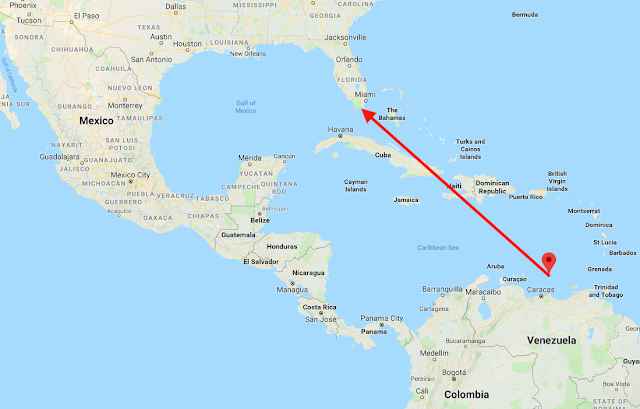 Just north of the capital city of Caracas, Russia is eyeing a military base on a Venezuela island and has already made use of the island's airport and its proximity to both Latin America and the Caribbean in America's own backyard.

The Venezuelan island La Orchila in the waters off Caracas is already being used by Russia. While the USA has over 400 major military operations around the world, including the unwanted Guantanamo Naval Base in Cuba, Russia has 21 military bases or ports in ten countries -- from Armenia to Vietnam -- but both the U. S. and Russia have nuclear missiles that can reach anywhere in the world from air, land, or sea launches. While Russia doesn't have a full military base in the Americas, it is direly concerned with U. S. bases near its borders. Russia with a major base on La Orchila...or on the western tip of Cuba to oppose Guantanamo on Cuba's eastern tip...would alter the U.S.-Russian military dynamics.

A Russian military base near Caracas would create concerns that might give Washington second thoughts about all-out regime-changes in Venezuela and Cuba, although it apparently wouldn't faze Rubio or Miami. 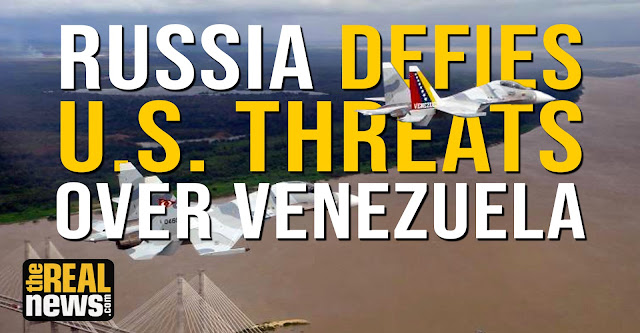 So, it is Russia's extraordinary nuclear might that has stymied the Trump-Rubio plans for Venezuela #1 and Cuba #2. 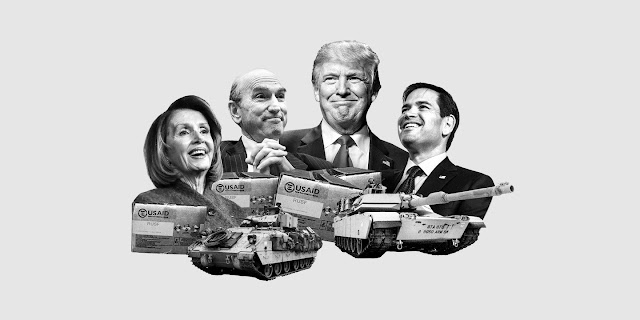 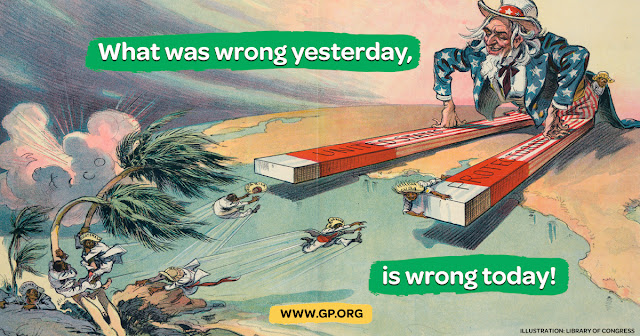 In regards to gaining dominance over Cuba and Venezuela, the graphic above depicts the USA's primary problem. In the past, unchecked right-wingers have put the USA in bed with Latin America's most infamous dictators -- Batista, Trujillo, Samoso, Pinochet, etc., etc., etc. Even as late as the 1970s the U. S. was involved in coups that, for example, overthrew and killed the democratically-elected President Allende to install the extremely murderous but U.S.-friendly Pinochet as the Chilean dictator for 17 bloody and unforgettable years. Powerful U. S. officials -- Nixon, the Dulles brothers, Kissinger, etc. -- have never been held responsible for such things. But it's for damn sure that the United States has been held responsible for such things in the eyes of Caribbean and Latin American nations. Thus, that history negates much of the incomparable economic and military power of the United States today, and erases much of the good the U. S. has done worldwide. So, yes..."What was wrong yesterday, is wrong today!" {As a democracy-loving American, I believe that NOT HOLDING greedy U. S. officials responsible for aligning the U. S. with vicious dictators, especially in the Caribbean and Latin America, is the biggest and most damning blemish on the United States of America}. 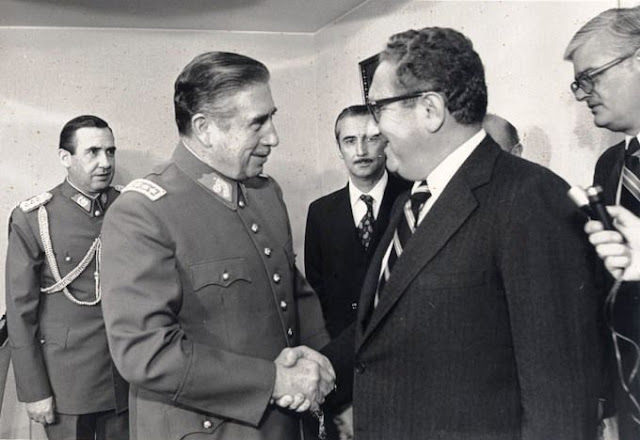 This handshake back in the 1970s shamed the United States and Democracy. The bloody coup that killed Chile's very decent and democratically elected President Salvador Allende to install the murderous but U.S.-FRIENDLY General Pinochet as Chile's ruthless dictator for 17 bloody years needs to be acknowledged by the United States for what it was and is. And Henry Kissinger should be held responsible for this handshake and his role in the coup. 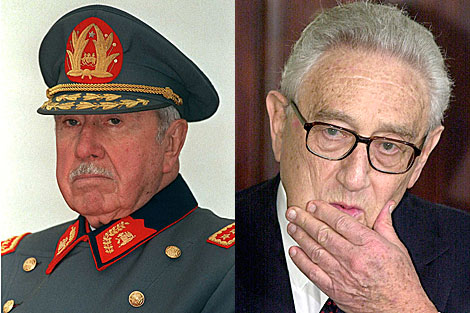 Historic black-and-white photos resonate as color photos today. Pinochet is remembered as one of history's most blood-thirsty dictators. Kissinger, who turned 96-years-old back in May, should be held responsible for his Pinochet connection. 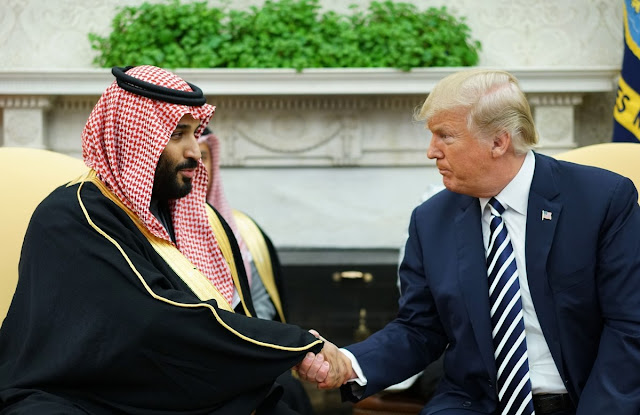 For Sure, Little Havana's absolute control of all Republican presidents makes it impossible for President Trump to have any contact with Cuban leaders. In stark contrast, Trump's friendly handshakes with some of the world's most feared leaders are recent American highlights. 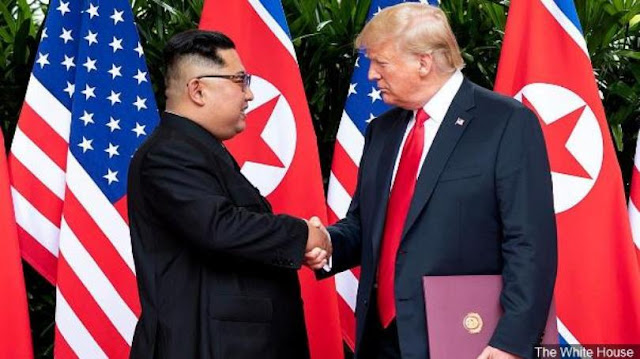 Of course, Little Havana has no problem with repeated handshakes such as the one above. 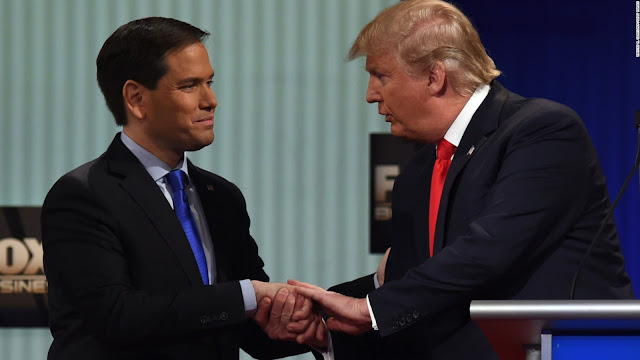 But this, of course, is Little Havana's most cherished handshake AND PERHAPS America's most dangerous one. This one apparently sealed President Trump's anointment of "Little Marco" Rubio as the USA's Cuban dictator on U. S. soil. These two men strongly dislike each other but Trump wants Florida's 29 electoral votes and Rubio wants to recapture Cuba for his economic and political mentors who fled the Cuban Revolution in January of 1959. Meanwhile, at the moment Trump's juggling act needs to avoid a faraway war in the Mediterranean Sea against big Iran as well as a nearby war in the Caribbean Sea with little Cuba as the catalyst. Often, historic and topical handshakes are lies.

cubaninsider: Cuba In The Trump Era