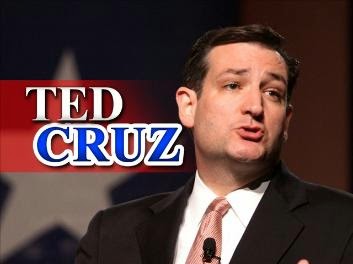 Ted Cruz, the Canadian-born Cuban-American U. S. Senator from Texas, this week became the first "major" Republican to formally announce his candidacy for the office of President of the United States. My favorite brother {true story} watches Fox News and firmly believes that Ted Cruz should be elected President in 2016 with Marco Rubio Vice President, Bob Menendez Secretary of Defense, and Ileana Ros-Lehtinen Secretary of State. After Ted Cruz's two terms, my favorite brother plans for Marco Rubio to begin his two terms as President. When my favorite brother imparted that opinion to me last week, I laughed and said, "But if Cruz actually wins, do you realize what will happen to poor little Cuba before dark on January 21, 2017" Without cracking a smile, he replied, "Sure. By dark on January 21st, 2017 Cuba would be wiped off the map." After that very definitive and confident reply, I didn't laugh anymore. But I recovered quickly and managed to presciently {I believe} remind my favorite brother that, "Well, after almost six decades of being unable to recapture Cuba, I guess the plan of a second generation of Batistianos is to capture America first and then re-capture Cuba." 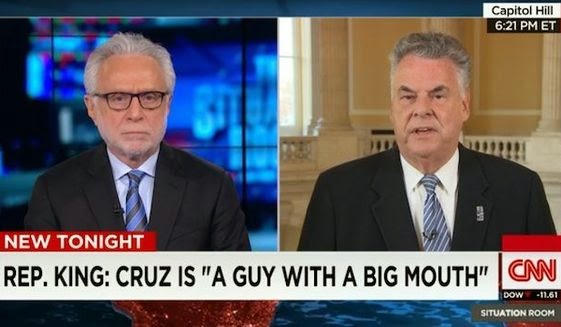 Peter King is a moderate Republican who has represented New York in the U. S. Congress since 1993. After Ted Cruz's official announcement about seeking the Republican nomination for President, Mr. King expressed his outrage to CNN's Wolf Blitzer. Among other things, Congressman King said he would "jump off a bridge" if Ted Cruz actually captures the Republican nomination for President. Hopefully that won't happen but, for sure, many Americans who care deeply about their democracy share Mr. King's outrage. 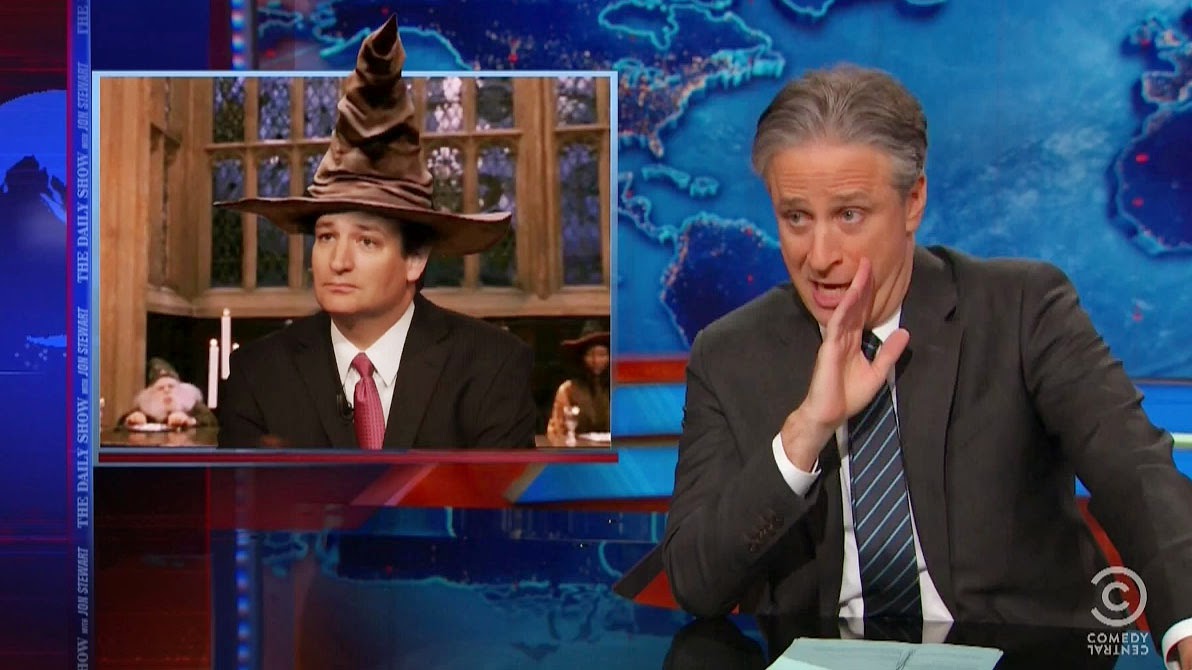 Jon Stewart is understandably outraged that Ted Cruz can even be considered "a serious" presidential candidate. Mainstream news is so consistently discouraging we need satirists, like Stewart, to make things a bit more palatable. It is, indeed, discouraging to contemplate what has happened to America's two-party political system that pits right-wing billionaire money against left-wing Wall Street money. Overwhelmed voters need a third choice, to say the least, but that is simply no longer possible. 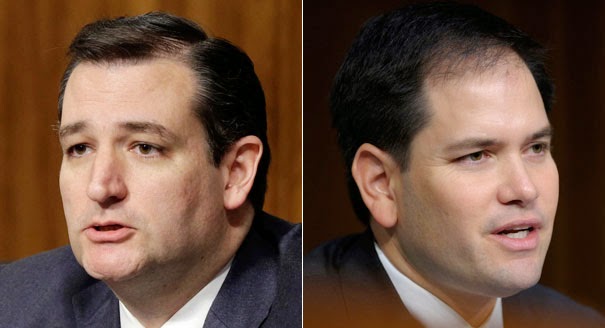 After Ted Cruz's official announcement about his presidential plans this week, Marco Rubio's official announcement is only a week away. In addition to being first-term members of the U. S. Senate, Cruz and Rubio have many similarities: They are both Cuban-Americans whose parents fled the Batista dictatorship in Cuba for the "freedom" of the United States; Cruz was born in Canada and Rubio in Miami. Both Cruz and Rubio got their political impetus by latching onto the coattails of the Bush dynasty, Cruz in Texas and Rubio in Miami. Both Cruz and Rubio are viciously determined to eliminate Cuba's revolutionary government and they apparently believe that the best way to accomplish that is to become Commander-in-Chief of the United States. Both Cruz and Rubio will be backed by millions of dollars, perhaps billions, from right-wing billionaires in America. Both Cruz and Rubio are Tea Party darlings. Both Cruz and Rubio can count on thousands of hours of free advertisements on the Fox News network. Of the two, Cruz -- the extreme right-winger -- is by far the smartest and by far the best orator. But Rubio -- postured as a moderate right-winger -- has by far the best chance to attain the Republican presidential nomination and he likely will get it unless his mentor, Jeb Bush, blocks his path with what is yet another presidential bid from the Bush dynasty. 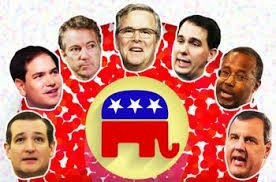 These are sad, sad days for lifelong conservative Republicans like me...and like Congressman Peter King and satirists such as Jon Stewart. If the seven men depicted above are the seven best Republican candidates to be the next President of the United States, then it is abundantly clear that America's two-party system -- Republican and Democrat -- needs more choices. U. S. politics have evolved into a money-fueled joke in which voters all too often are left with a singular bad choice -- in other words, the lesser of two evils or at the least the lesser of two incompetents or two dangerous choices. That is not what America's Founding Fathers intended. But I assure you that my favorite right-wing brother is rejoicing. 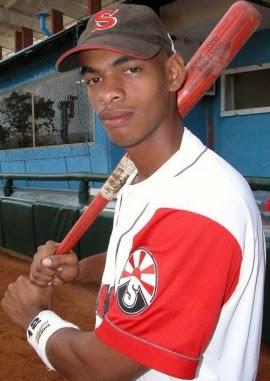 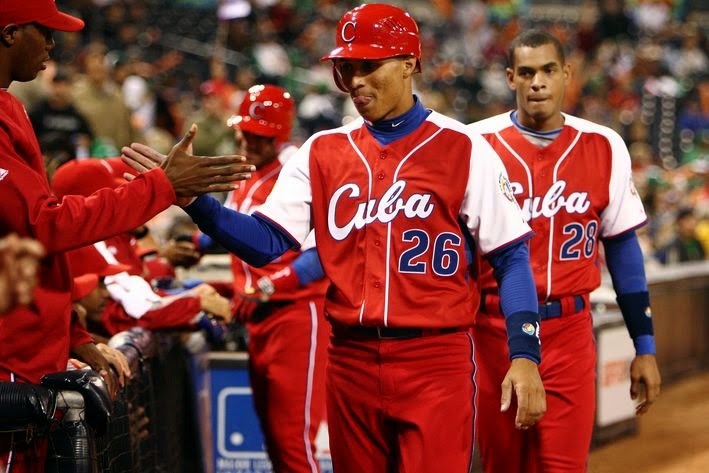 Hector Olivera wore #26 on his Cuban uniform. This week he received a $26 million bonus check from the Los Angeles Dodgers. His 6-year contract with the Dodgers guarantees Hector a total of $62.5 million with many more dollars if he can play Major League baseball. Hector turns 30-years-old next month and many thought his age would prevent him from getting such a bonus or guaranteed contract. Two weeks ago the Boston Red Sox signed 19-year-old Cuban Joan Moncada to a $31.5 million upfront bonus. But even nearing 30, Hector Olivera cashes in because #1 he is Cuban and Cubans who touch U. S. soil have special privileges, including bids from all 30 Major League teams while an American with similar talent would be required to accept or decline a bid from just one team, the one that drafted him; #2 all thirty Major League baseball teams in the U. S. are awash with money from television and advertising contracts; and #3 the 30 Major League teams in the U. S. seem convinced that the island of Cuba, per capita, has far more baseball talent than the 50 U. S. states have. So, with such enticements to enter the defection pipelines, even veterans such as Hector Olivera get very rich very quick, with their upfront millions guaranteed whether or not they make the Majors. Being an American is nice. Being a Cuban in America is even nicer! In America a few Cuban exiles can make laws and policies that benefit only Cuban exiles at everyone else's expense. It's politically incorrect to say that, but Hector Olivera discovered it is so.
******************************