Havana Viewed by a Cuban

NOT the View from Little Havana!! 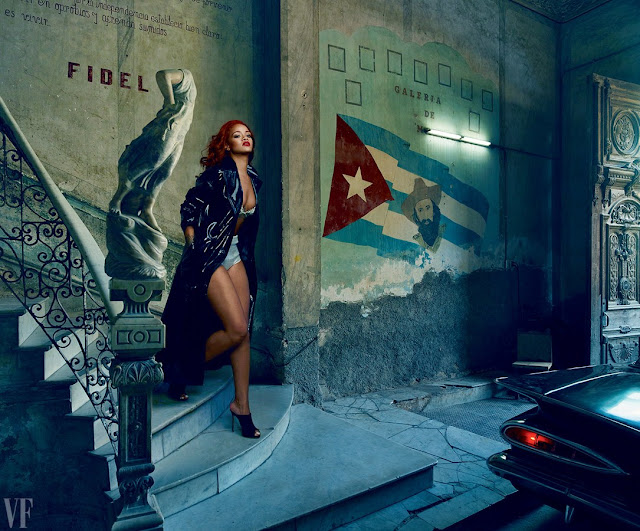 It is well-known that international superstar Rihanna has an abiding love affair with Havana. The photo above was taken by famed photographer Annie Leibovitz. It shows Rihanna exiting a stairwell after having dinner at the La Guarida paladar {family restaurant} on Concordia Street in Havana. Rihanna then got in the 1959 Chevy Impala {lower-right} to continue her evening in her beloved Cuban capital city. This week -- on August 21, 2018 -- Rihanna posted on Instagram a sparkling video of her dancing on a street in Havana to the song "Summertime" as reported by Vogue Magazine. Rihanna is one of many who have fallen in love with Havana after a first visit, and that's one reason Counter Revolutionaries in the USA try so hard to deny Americans the freedom to visit Cuba. So, let's take a peek at Havana to ascertain why visitors like Rihanna love the historic city SO MUCH. 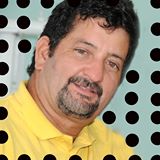 A hard-working journalist and photographer in Havana, Vladimir Molina Espada, has a vastly different view and perspective of the Cuban capital than...say...the Counter Revolutionaries who settled safely in Miami's Little Havana neighborhood three generations ago after fleeing the Cuban Revolutionary rebels on January 1, 1959. Therefore, a prime offshoot of that historic event means that, in the USA, the Cuban narrative, for the most part, has been dictated for 6+ decades by remnants from the long-ago ousted Batista-Mafia dictatorship that ruled/ravished the island from 1952 till daylight on the morning of January 1, 1959. Instead of balancing this pictorial essay with images of Havana from vindictive Little Havana sources, I'll now hereby stress the views of his Havana by an actual Cuban in Cuba...Vladimir Molina Espada. 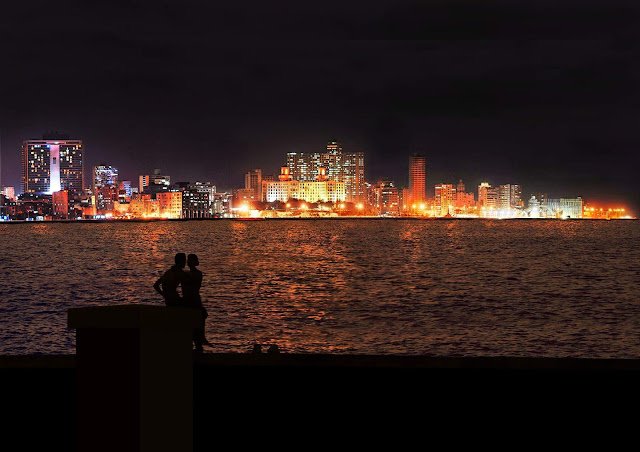 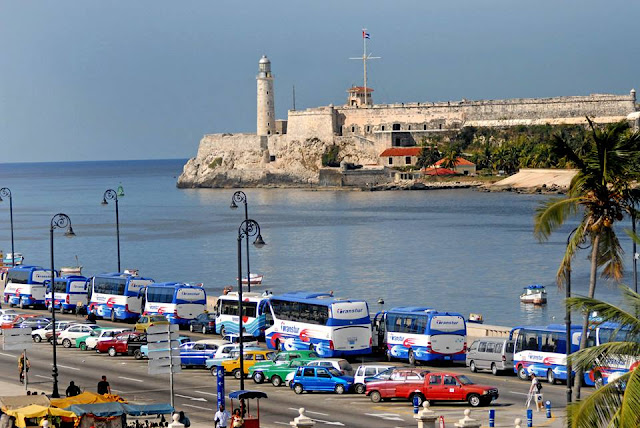 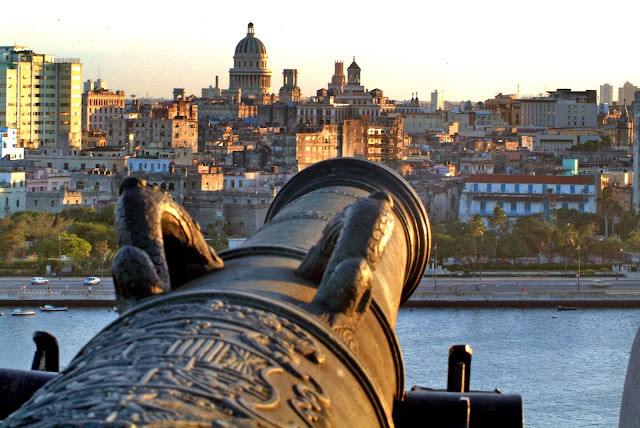 An ancient cannon that once guarded Havana Harbor. 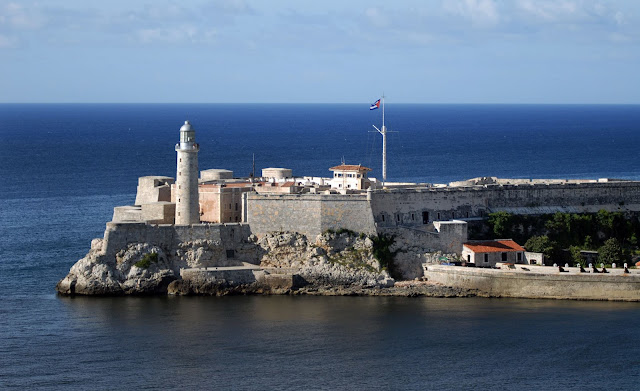 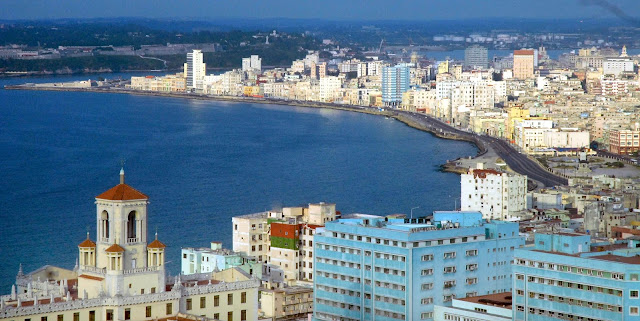 Havana and the sea. 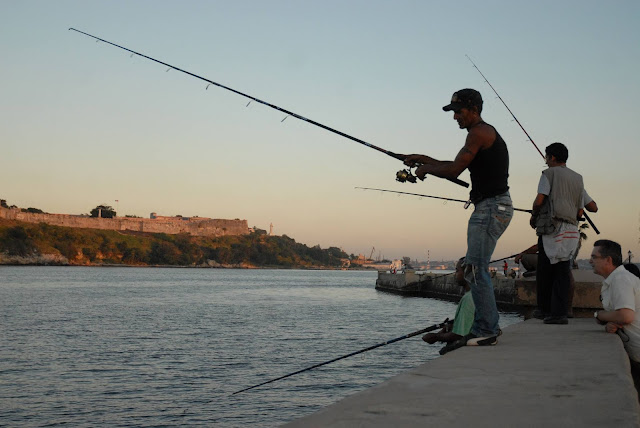 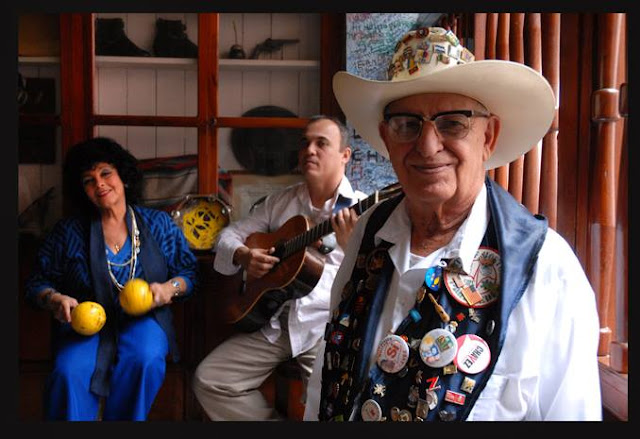 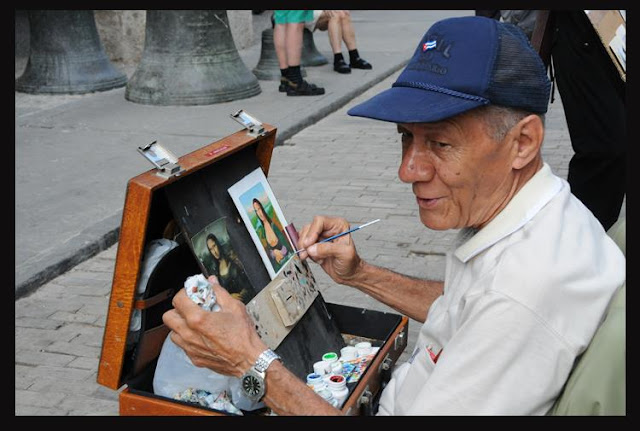 Havana artists are ubiquitous too. 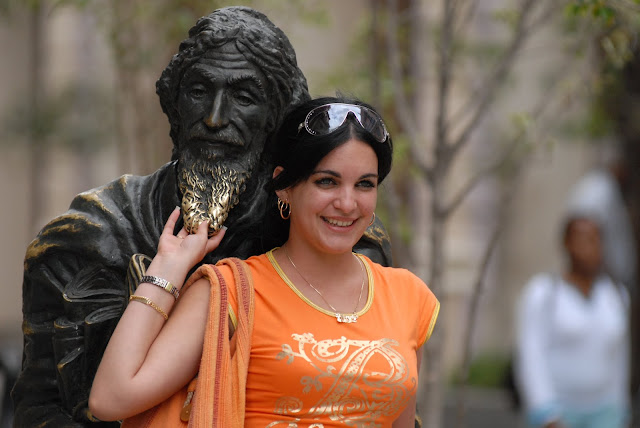 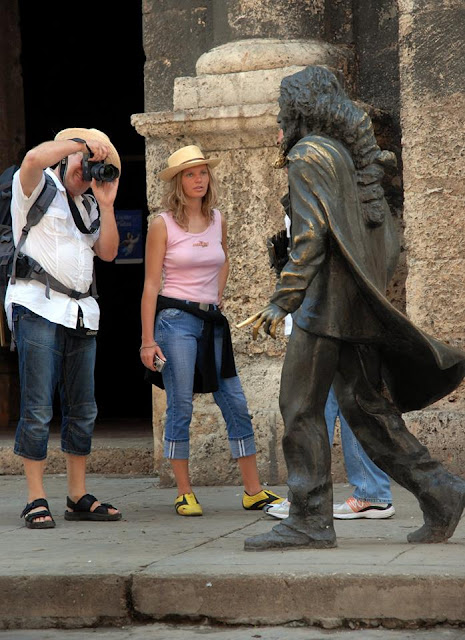 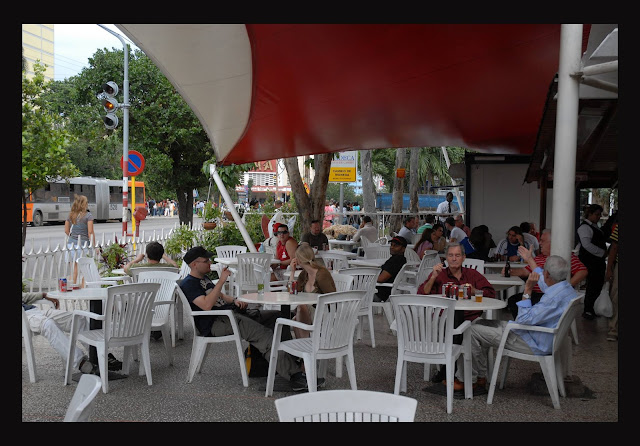 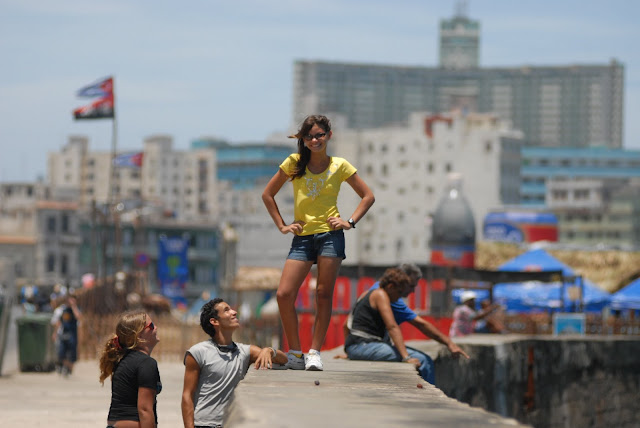 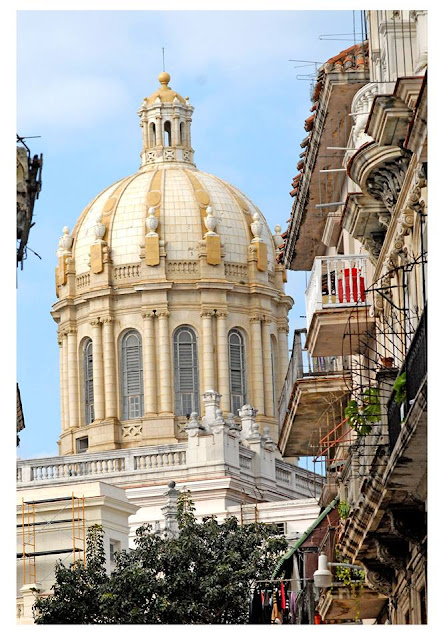 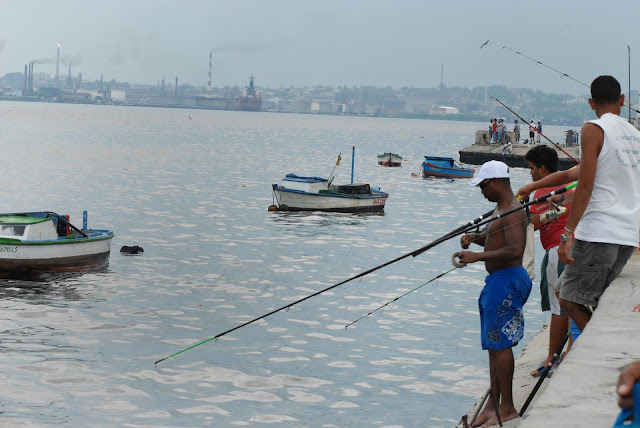 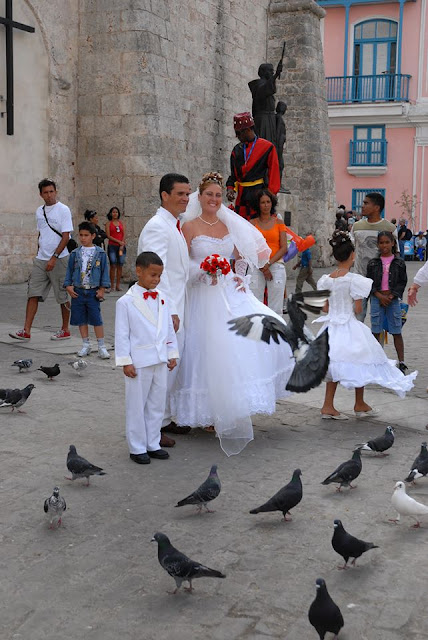 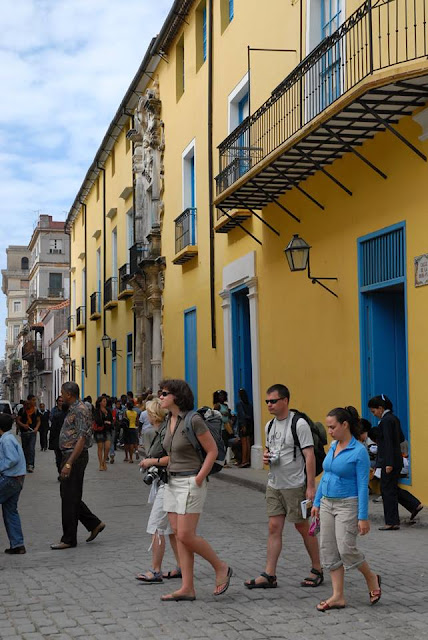 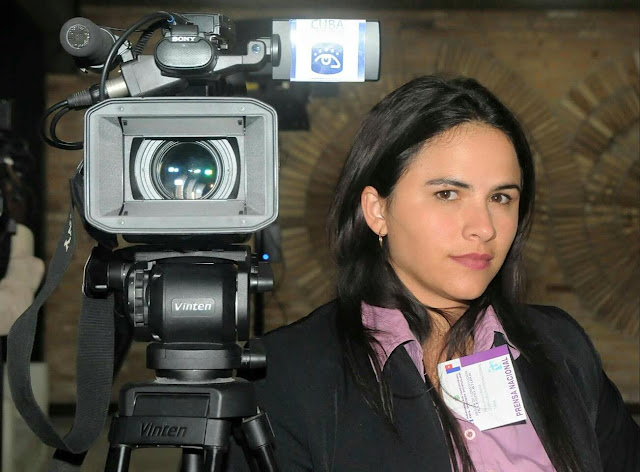 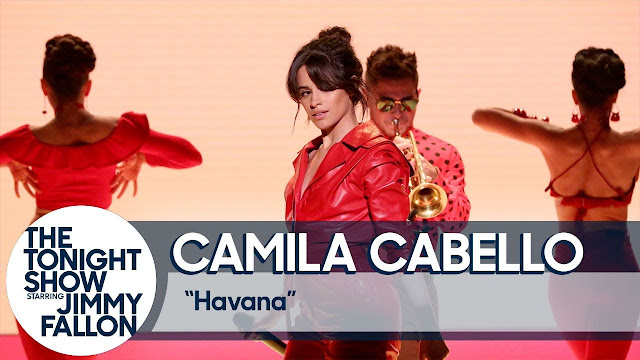 We are compelled to close with input from Miami's Little Havana. A Little Havana/Miami Cuban-American named Camila Cabello is the latest Cuban to suddenly discover gold in the USA. She was born 21-years-ago -- on March 21, 1997 -- in the Cojimar section of eastern Havana. Her song "Havana" -- "But my heart is in Havana..." -- at last count had amassed 1 billion, 276 million, 444 thousand, and 141 views on YouTube. Monday night -- August 20th, 2018 -- of course, "Havana" won the top prize in the MTV Video of the Year television sweepstakes. 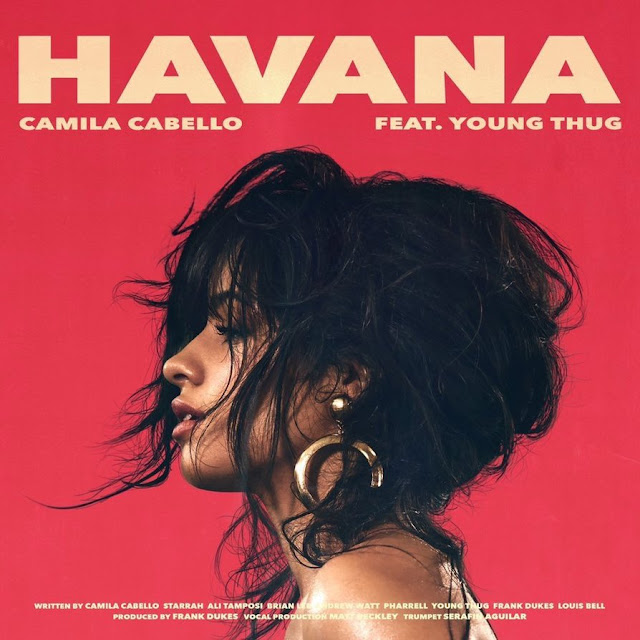 Any updated review of Revolutionary Cuba's ancient capital city of Havana wouldn't be complete without input from Miami's Counter Revolutionary Little Havana. And so, the magnificent Havana photos by Vladimir Molina Espada must be tempered by the success of Little Havana's new Havana-born superstar -- 21-year-old Camila Cabello and her song "Havana."