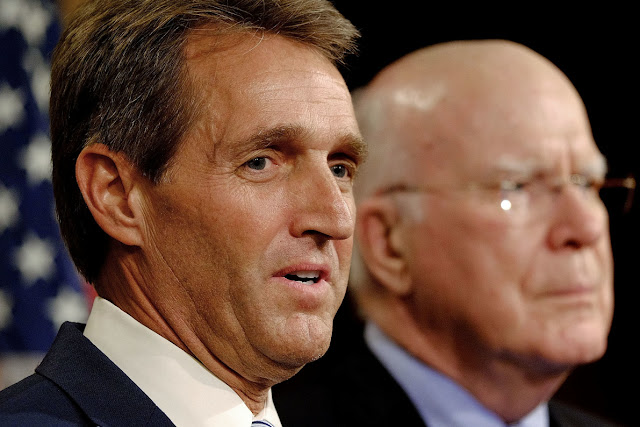 This week -- May 25th, 2017 -- a bill co-sponsored by most of the United States Senators was introduced in a valiant effort to bring, at long long, some sanity and decency to America's Cuban policy. The bill was led by Jeff Flake, the Republican Senator from Arizona, and Patrick Leahy, the Democratic Senator from Vermont. Some 55 of the Senate's 100 members, in a powerful bipartisan fashion, sponsored legislation to repeal all restrictions against Americans who desire the freedom to travel to Cuba; 55 is a majority in the Senate but, for many decades, majority opinion in the world's most famous democracy has never been a factor in crafting a Cuban policy that currently is condemned by a resounding 191-to-0 unanimity vote in the United Nations. For years Americans have been the only people in the world without the freedom to travel to Cuba via laws in the U. S. Congress routinely designed to appease a mere handful of visceral, revengeful, self-serving Cuban-Americans. Revealing a glaring weakness of the U. S. democracy to deal sanely with Cuban issues, yesterday's majority, bipartisan legislation in the U. S. Senate again is doomed to fail for two reasons: {1} 60 votes and not just 55 are needed to advance the Flake-Leahy Bill; and {2} the Republican-controlled Senate could care less about decency or democracy when it comes to Cuba. 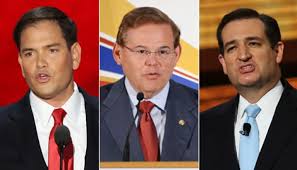 There are three Cuban-American United States Senators -- Rubio, Menendez, and Cruz -- who are totally unconcerned about how much America's Cuban policy hurts totally innocent Cubans on the island, OR how much it hurts the majority of Cuban-Americans, OR how much it so drastically hurts the image of both America and democracy in the eyes of the world, including America's best friends as evidenced by the current 191-to-0 unanimity vote in the United Nations. Yet, for decades grossly unpatriotic American citizens have meekly allowed the Rubio-Menendez-Cruz types to dictate a Cuban policy that shames both America and democracy. Despite the efforts of the majority of Senators in the United States Senate yesterday, that blatant gutlessness and sheer cowardice will continue to prevail, as always before. And yet again, it will prove that the very precious American democracy is not nearly as strong as it was prior to the victory of the Cuban Revolution on January 1, 1959 when the ousted leaders of the vile Batista-Mafia dictatorship were chased back to the United States from whence that had taken over Cuba in 1952.
And incredibly!! 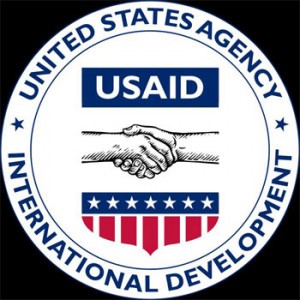 According to the Spanish newspaper El Pais, U. S. President Donald Trump's first major budget proposal calls for ENDING THE TONS OF U. S. TAX DOLLARS DEVOTED TO REGIME-CHANGE IN CUBA!!! Much of that money, which many people feel is primarily designed to enrich selected Cuban-Americans,  has been funneled for decades to Miami and to counter-revolutionary activities via governmental agencies such as USAID. WOW!! Even if its only a proposal, it's a heck-of-a-signal from the Trump administration. Unbelievable!! Really!!