A BIG Day for Cuba

Biggest In Half A Century!! 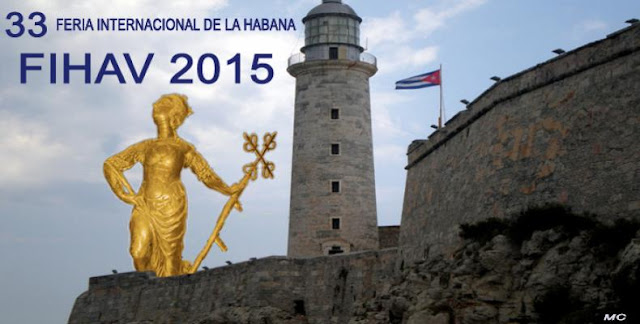 The graphic above heralds the fact that today -- Monday, November 2nd, 2015 -- might be the biggest day in over half a century for the island of Cuba. Today starts the 33rd International Trade Fair on the outskirts of Havana. It is the first event since the thawing of Cold War animus in U.S.-Cuban relations, highlighted by the re-opening of embassies in Havana and Washington for the first time since 1961. More than 120 nations, including the U. S., are major participants in this year's Cuban Trade Fair. 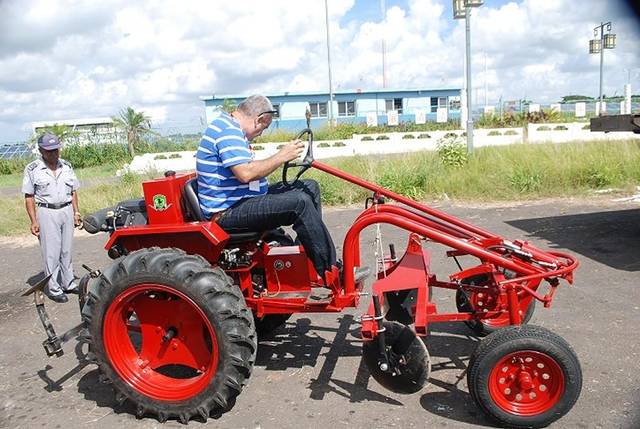 This photograph explains why today is a seminal day in the annals of Cuba. This is a brand-new Oggun Tractor. It was made at a Cleber LLC factory in Alabama. It is shown above after arriving at a port in Cuba and it will be one of the U. S. highlights at today's opening of the Cuban Trade Fair. Moreover, with the thawing of U.S.-Cuban relations, Cleber LLC plans to build a factory in Cuba to make such tractors using Cuban workers and Cuban materials. A major article in USA Today today points out that this tractor is "an unusual sight" in Cuba because "for decades Cuba was barred from importing most U. S. goods" such as "an American-owned, American-made tractor ready for sale." This tractor is already breaking fallow Cuban ground. 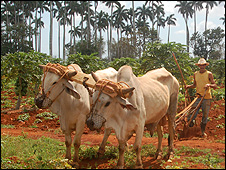 Contrast the photo of the brand-new tractor with this photo. This image still coats the minds of Americans, like me, who have visited Cuba and witnessed hard-working Cuban farmers using Oxen to plow their fields. This photo was taken in the ultra-beautiful and fertile Vinales Valley. It helps explain why Cuba has to purchase about 80% of its food. It also explains one of the corollary, even genocidal, offshoots of the U. S. embargo against Cuba, which has shamed America as much as it has hurt Cuba since 1962. America's unmatched economic and military power influences all nation's of the world, including punishment of other nations that do business with Cuba. The embargo also prohibits modern farming equipment and spare parts that Cuban farmers sorely need. That's why, thanks to a brave President Obama, Americans should comprehend the difference between the photo of the new tractor and the photo of the Cuban farmer plowing his field using a pair of oxen. 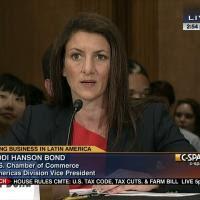 Jodi Hanson Bond is Vice President of the U. S. Chamber of Commerce. 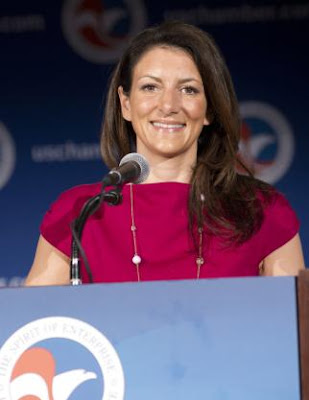 Jodi Bond has visited Cuba many times in her untiring and courageous effort to help American businesses and the Cuban people in defiance of a U. S. embargo dictated by a handful of vicious Cuban-Americans and their easily acquired, self-serving sycophants in the U. S. Congress. In today's U. S. Today {November 2nd, 2015} Jodi Bond, a key participant in Cuba's International Trade Fair, said, "Who does the best entrepreneurial work in the world? U. S. businesses. So we have significant expertise in showing how entrepreneurs can grow a business and grow the island of Cuba to a place of prosperity." But she also told U. S. Today that obstacles remain, not only the embargo but also such Cuban impediments as its out-moded and confusing dual currency. 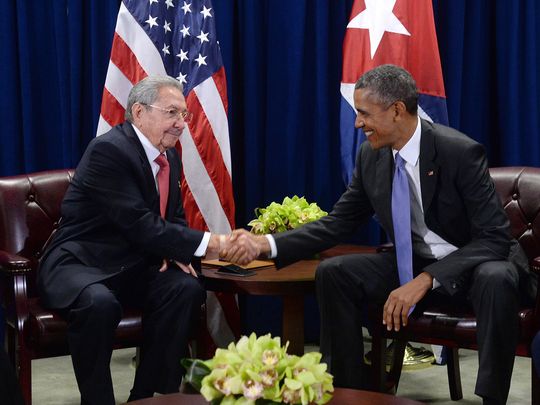 The monumental detente/rapprochement/cordiality forged in 2015 by Presidents Castro and Obama is still strongly and shamefully opposed by a rich and powerful minority of second generation of Cuban-Americans who have massively benefited since 1959 by the lucrative Castro Industry in the United States, still going strong as Fidel, battling severe health issues, ages to 89. 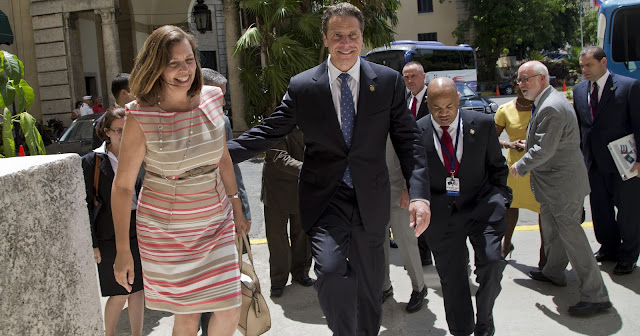 This Ramon Espinosa photo shows Josefina Vidal, Cuba's top Minister on all matters concerning the United States, hosting New York Governor Andrew Cuomo in Cuba back in April. Mr. Cuomo is being joined by a long, long list of American leaders who desire friendly business relations with Cuba as boons to their states' economy. Such a relationship would not only benefit most Cubans and most Americans but also strongly improve the image of the United States and democracy in the eyes of the entire world, as an emphatic statement in the UN stressed last week. 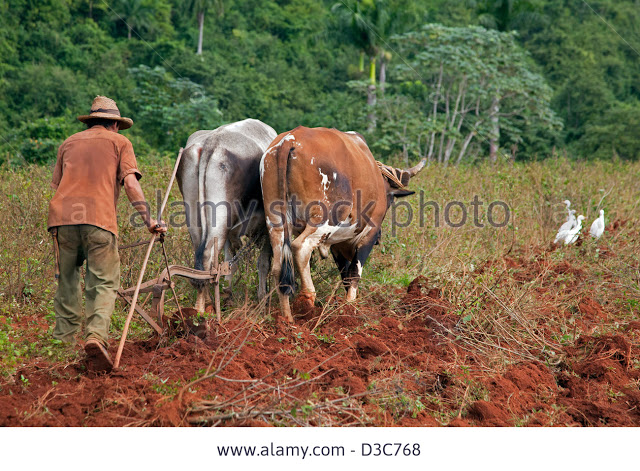 Marco Rubio, Ted Cruz, Mario Diaz-Balart, Ileana Ros-Lehtinen, Robert Menendez and their easily acquired, self-serving sycophants in the U. S. Congress maintain that this Cuban farmer should be forced to continue using oxen -- instead of new tractors from Alabama -- to till his land. After over a half-century of sheer cowardice and unfathomable ignorance that has enabled such anti-democratic and inhumane dictations to exist, perhaps it is time for Americans to stand up for this innocent farmer...and for democracy...and challenge a policy that the civilized world abhors.