"We Are Not Denmark" 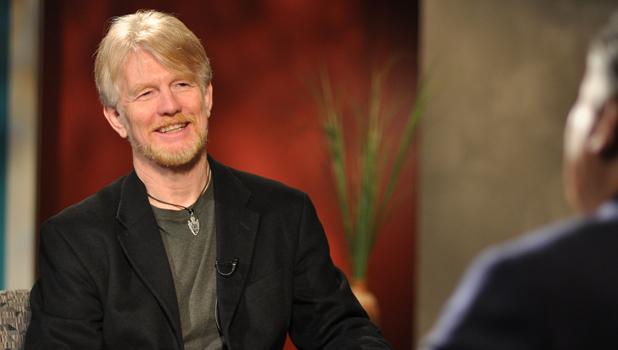 David Horsey is a Pulitzer Prize-winning editorial cartoonist, first with the Seattle Times and since December of 2011 with the Los Angeles Times. He is distributed nationally by Tribune Media Services. The above photo is courtesy of www.freerepublic.com. In today's money-crazed, talking-head pundits, wall-to-wall puerile commercials, and mostly incompetent cable "news" media world, editorial cartoons penned by truly great journalists like David Horsey are your best bet to get the pulse of what's really happening. 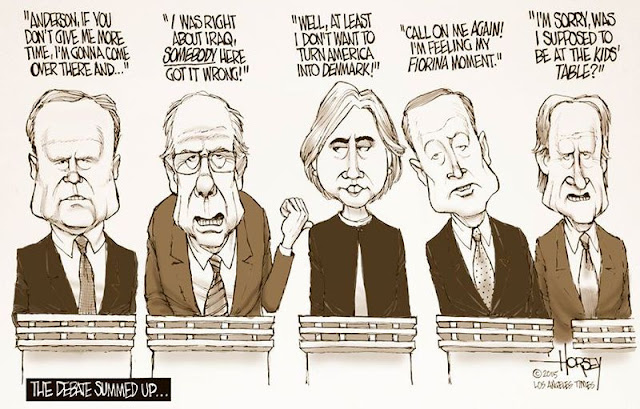 A case in point is David Horsey's editorial cartoon he entitled "The Debate Summed Up..." Cable news outfits have spent untold hours hashing and rehashing this week's first Democratic presidential debate but it took Horsey to analyze it succinctly and correctly. The most important comment during the debate was uttered by Hillary Clinton: "We are NOT Denmark!" It was her retort to her top challenger, Democratic Socialist Bernie Sanders, expressing admiration for Denmark's Democratic Socialism as opposed to America's capitalist system in which "one-tenth of one percent of Americans control 90% of America's wealth." Mrs. Clinton, who has ridden her politics to extreme personal wealth, strongly objects to Mr. Sanders, as do the rest of the one-tenth of one percent of Americans who dictate America's two-party political system. As Mr. Sanders pointed out in the debate, the decision of the Supreme Court in 2010 that allows unlimited political donations by billionaire individuals and corporations was the last hope of democracy-lovers who desire a decent and fair political system, not one legally bought-and-paid-for. Mr. Sanders harps on the fact that the U. S. has far more people in prisons than any other nation, per capita or otherwise, with poor people often unfairly targeted and sentenced in stark contrast to the one-percenters. Mr. Sanders, for example, takes exception to a single mother in West Virginia being sentenced to prison for shop-lifting two cans of Pork 'n Beans and one can of Vegetable Soup to feed her three hungry children while a Wall Street billionaire readily pays, say, a $10 billion fine after illegally acquiring, say, a $200 billion profit, leaving him and his cohorts a profit of $190 billion with no prospects of ever facing jail time. "Well, at least I don't want to turn America into Denmark." Of course not. The Wall Street billionaires have helped Mrs. Clinton become extremely wealthy and might put her, or someone like her, in the White House. After all, they have plenty of money to buy up a political system that even the U. S. Supreme Court says is up for sale to the highest bidder. That leaves out the shop-lifting mother who worries about her hungry children and, as Mrs. Clinton and the other politicos well know, doesn't have a dime to her name to contribute to greedy politicians. "We are not Denmark." Mrs. Clinton is right about that. And that is why she is wrong. 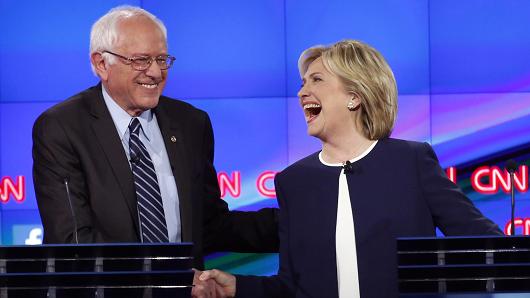 The Democratic Socialist Bernie Sanders and the Democratic Capitalist Hillary Clinton mostly had a lovefest during the debate, as this Lucy Nicholson/Reuters photo illustrates. But Hillary loves bought-and-paid-for politics while Bernie thinks the U. S. democracy should be modeled after the five Nordic nations -- Denmark, Norway, Sweden, Finland, and Iceland -- because they govern at the behest of ALL their citizens.

Denmark, with Copenhagen as its capital, has 5.6 healthy, happy, and well educated souls. It punches way above its weight in caring for its people. Scotland, for example, is contemplating leaving the UK so it can model itself after Denmark. Bernie Sanders, if he were in the White House, would try to do the same. Denmark, for example, tries to prevent alcohol abuse and imposes an extravagant tax that makes even beer almost prohibitive, and then uses such taxes to fund child care, college tuition, and health care.

Norway is a gorgeous Scandinavian country of 5.1 million hearty, healthy, and well educated souls. Oslo is its capital. There are international polls and surveys, many funded by the U. S. or the UN, to determine the world's Happiest, Healthiest, Best Educated, Most Equal, Safest, etc., people. Norway and Denmark often lead those rankings with other Nordic or Scandinavian nations rounding out the Top Five. 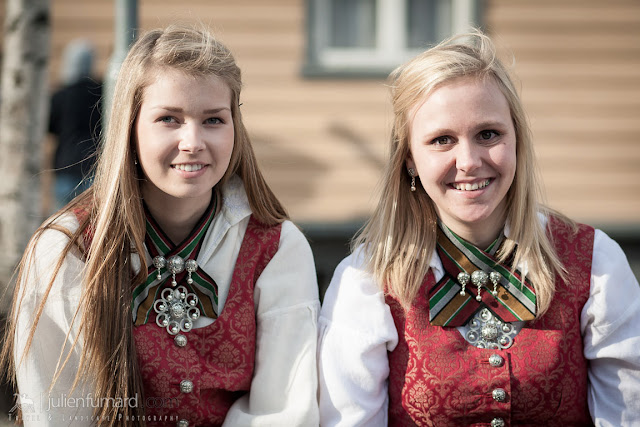 Time Magazine had a major article about Norway in which it was pointed out that young Norwegians, such as these two young women, can fluently speak about five foreign languages. And after graduating from universities, they don't owe a penny in student loans while young Americans are currently saddled with trying to repay about a trillion dollars in student loans. Norway spends less per student than the U. S. but Norway directs its money to actually educating its students while the U. S. capitalist system is more concerned with how much rich bankers and others can make off a politicized educational process. The Time article pointed out that Norway's oil wealth is equally distributed at the direct behest of the democratic voters and the nation has saved enough money that, if the oil spigots were closed today, it would have enough to care for its people in a like manner for the next 500 years. The Time article showed a farm family in Norway that was about to typically go on a 30-day worldwide vacation totally paid for by the state. Prior to their trip, they were told to advise the government what needed to be done to take care of their farm and home while they were away. That same day, the family had received a letter from the government asking when it would be convenient for a government worker to bring them a new-model flat-screen television...free of charge. All Norwegians, not just an elitist few, are treated in this manner.

In Norway there is no need for a single mom to shoplift cans of Pork 'n Beans and Vegetable Soup to feed her hungry kids. And in Norway all children and citizens receive equal treatment in a political system that would not jail the harassed single mom while merely fining the corporations, not the individuals, of Wall Street billionaires who illegally make additional billions of dollars but are never subjected to prison time. That's all Bernie Sanders was pointing out during the Democratic debate when he contrasted Norway's democracy, which equally treats its citizens, with America's democracy, which so powerfully favors what Sanders calls the one-tenth of one percent richest Americans. Of course, with money being the prime determinant of American politics, someone like a Hillary Clinton or a Jeb Bush will surely end up in the White House. In Norway, a Clinton or a Bush wouldn't be elected dog-catcher or street-sweeper. 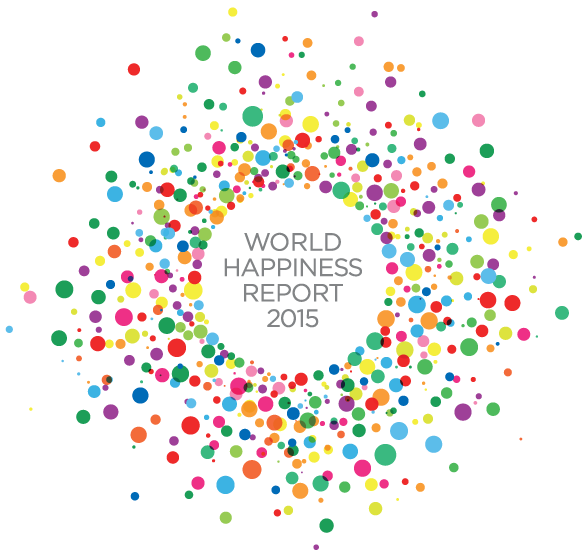 This week -- on October 15th, 2015 -- the UN's Sustainable Development Solutions Network released its third World Happiness Report. Norway, of course, was in the Top Five as it is on all major Top Five positive surveys. The rest of the Top Five on the new Happiness Report are Switzerland, Iceland, Denmark, and Canada. America's northern neighbor Canada is to be congratulated for joining the four Scandinavian stalwarts on a coveted Top Five list. There was a time long ago when America would have dominated such surveys. That was before America's two-party system was purchased by just one-tenth of one percent. 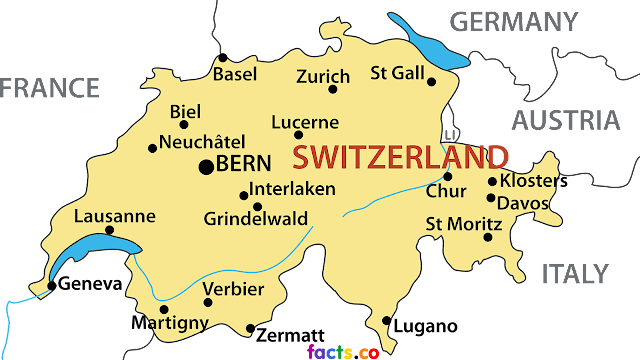 Switzerland is a Central European nation of 8 million happy, healthy, and well-educated souls. In fact, this week the UN listed the citizens of Switzerland "the happiest people in the world." Also this week -- on October 15th -- America's largest newspaper, USA Today, had a major full-page article entitled: "Across Switzerland, People Power Rules: No Bill Can Become Law Until Approved In A Referendum." In Switzerland, all laws that affect people's lives are approved or disapproved by ubiquitous referendums voted on by the citizens. The article said: "The active role the Swiss play in enacting laws may seem strange in the United States...but not in Switzerland where a centuries-old tradition of direct democracy gives people -- rather than lawmakers -- the power to shape local and national policies." So, why does that "seem strange" to Americans? It's because Americans have come to accept the fact that bought-and-paid-for lawmakers, especially in the 535-member U. S. Congress, make the laws to mostly suit their primary big-money donors who put them in office and keep them in office. If you read the biggest article in the October 15th USA Today you will understand that the Swiss people who control their democracy via direct-vote referendums find it "strange" that Americans have allowed bought-and-paid-for lawmakers to make laws that most Americans do not agree with. If you love democracy but don't have time to read the long USA Today article about Switzerland's democracy, at least take time to read the 5th short paragraph: "No measure can become a law in Switzerland until citizens approve it. Any constitutional change proposed by the parliament, for instance, must be approved in a referendum." By contrast, in the U. S. Congress, or parliament, an anti-Castro zealot from Miami can easily mandate a Helms-Burton Act or a Torricelli Bill that benefits and enriches a few but harms the vast majority who end up paying for it, unwittingly and unwillingly.
Hillary Clinton: "We are NOT Denmark."
Bernie Sanders: Maybe we SHOULD be Denmark."
Elizabeth Warren: "Or maybe we should be Norway or Switzerland."