The Logic of Adam Wainwright 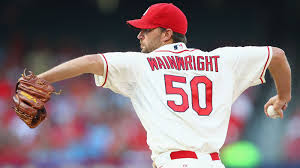 In this month of October many Americans and many Cubans are absorbed with America's Major League baseball playoffs. They know Adam Wainwright, the right-handed pitcher for the St. Louis Cardinals. He was born 34 years ago in Brunswick, Georgia. He's pretty good. Twice he has had 20-win seasons for the Cardinals and twice he has been a 19-game winner. His 2015 salary is exactly $19.5 million. The Cardinals had the best regular season record in the Majors this year and if Adam had not been injured the Cards would also have been favored to win another World Series title. Because of an injury, he was only a reliever, not a starter, for the Cards in the playoffs. But Adam Wainwright, in my opinion, dominated these post-season games. And he did so with his pure guts and decency if not his enormous baseball skills. 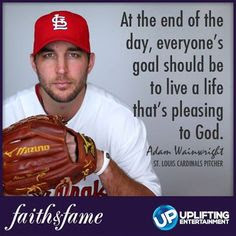 Adam Wainwright, you see, is a family man. He and his wife Jenny have three children -- Mary, Baylie, and Morgan. Adam is proud his annual salary with the Cardinals is $19.5 million and he understands the money-crazed aspect of American sports, including baseball where a 25-year-old oft-injured outfielder for the Miami Marlins recently got a guaranteed $300 million added to his already multi-million-dollar contract. But Adam Wainwright believes, as his above quotation indicates, that even in money-crazed America there are two things more important than money, namely decency and family. He spoke about that this week. 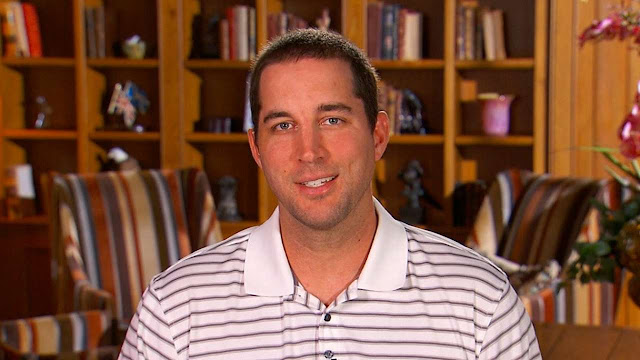 In his home, Adam Wainwright -- when he is not pitching for the Cardinals -- likes to watch baseball on television with his family. He, like many Americans, finds that increasingly hard to do. The money-crazed and indecent commercialism of American sports resulted in Adam Wainwright, I believe, being the superstar of the ongoing post-season playoffs, not on the pitching mound but in the sanctity of his home. He had the guts and integrity to do what the rest of us should be doing. He railed about the indecency of commercial ads saturating the television coverage of the current baseball playoffs, sharply criticizing Major League Baseball for allowing a proliferation of puerile commercials featuring sultry women advising wimpy men to take expensive sex-enhancement pills so they can "get and keep an erection." Adam Wainwright believes it is disgusting and an affront to his wife and three children. He is, of course, correct. 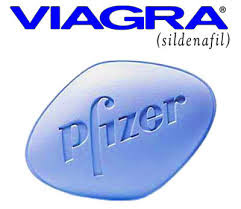 Anyone who watches American television without a clicker to delete or at least silence the wall-to-wall commercials is, in my opinion, either a sadist, a narcissist or an idiot. Approximately 40% of all TV ads are from billionaire pharmaceutical companies taking advantage of their ability to lobby Congress so they can essentially do whatever they want, which is to make billions of dollars off gullible and suffering Americans. For many, many centuries, humans had no trouble reproducing themselves. Then American capitalism, which Pope Francis calls "the dung of the devil," found a way to make billions of easy dollars from the reproduction process -- not just with pornography but also with sex-enhancement pills. Highly paid ad agencies saturate the airways with commercials designed to convince the populace that wimpy men who can't "get and keep erections" are actually the real men IF they take these expensive little blue pills. The epidemic of sex crimes on college campuses, ongoing headlines about a sports legend over-dosing on such things at a legal brothel in Las Vegas, and decent heads of families trying to shelter their children from sex-enhancement ads BE-DAMMED. Billionaire pharmaceutical companies making more billions is all that matters. Did, uh...someone say, "dung of the devil?" Yes, not Adam Wainwright but Pope Francis. 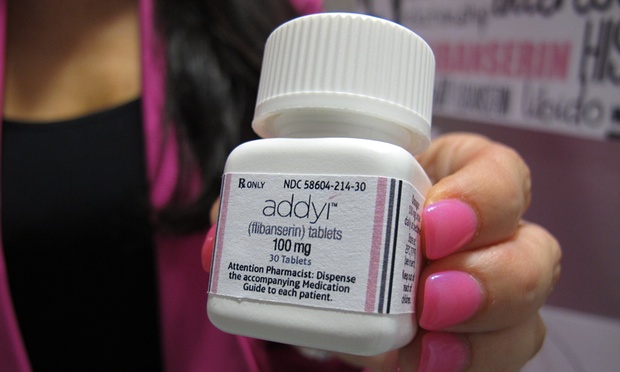 And now the Food and Drug Administration has approved "Addyei." That is the female version of Viagra. It is designed to increase the libido of women who, according to the pharmaceutical giants and the ad agencies, need stronger sex drives or else there is no pleasure in life and making babies might become a lost art. Some nerd is probably writing a Saturday Night Live spoof: A man gobbles down his blue pills and a woman hastily swallows her pink pills and then the confluence of pills and bodies produces bliss -- especially for the pharmaceutical companies, lobbyists, ad agencies, and the denizens of Wall Street. 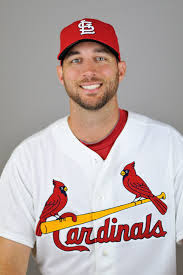 All of which brings me back around to my #1 sports hero -- St. Louis Cardinals pitcher Adam Wainwright. I hope the Cards win another World Series and then raise Adam's $19.5 million annual salary. But most of all, I hope he is able to protect his young family from the ravages and indecency of all those sex enhancement ads that he profoundly denounced this week. For centuries, real men and real women didn't need Viagra/Addyi. That, of course, was before greedy capitalists discovered how much money they could rake in from what Pope Francis calls "the dung of the devil." 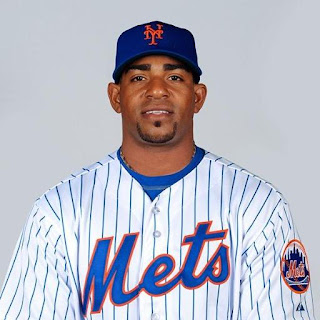 I agree with Adam Wainwright that Americans and Cubans should not be punished or embarrassed just because they want to watch their favorite players -- such as Yoenis Cespedes of the New York Mets -- on television. By the way, today -- October 18th, 2015 -- is the 30th birthday for Yoenis Cespedes. He was born on October 18th, 1985, in Campechuela, Cuba. Like scores of other Cuban defectors, he is now a multi-millionaire. Yoenis is making exactly $3.73 million this year with the Mets. But as soon as the World Series ends, he is a free agent. That means starting next year the Mets or some other team might have to start paying him upwards of $25 million a year. In the huge New York City market and nationally, Yoenis is in line to make far more from endorsement deals than he'll make from his baseball salary. It's not that way in Cuba, at least not yet. But Yoenis Cespedes and dozens of other Cuban stars have no reason to agree with the Pope...you know, about U. S. capitalism being the dung of the devil.