And With U.S. Blockade!! 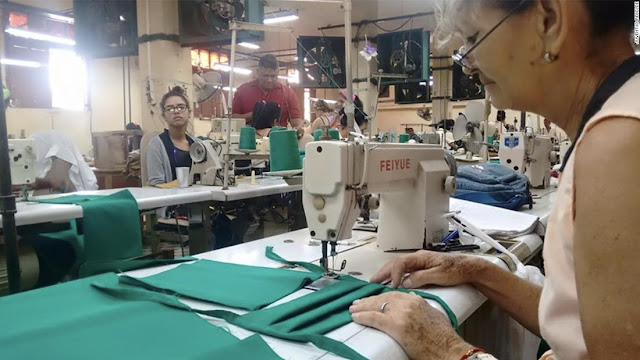 The CNN correspondent based in Havana, Patrick Oppmann, reports that the pants factory shown above in Sancti Spiritus has been turned into the production of face masks to fight the Coronavirus. Oppmann said that the three Italian tourists diagnosed with the virus in the southern city of Trinidad are now in a hospital in Havana. 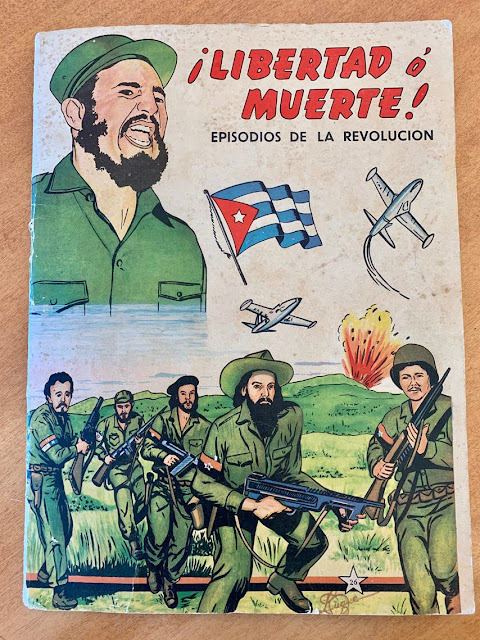 In a follow-up to the comments U. S. presidential candidate Bernie Sanders said in praise of Fidel Castro, USA Today has shown a plethora of books that were published in 1959 to be used during the Literary Campaign. This book is entitled "Liberty or Death: Episodes of the Revolution." It highlights Commanders such as Fidel Castro upper-left, Camilo Cienfuegos lower-center, and Raul Castro in the lower-right. 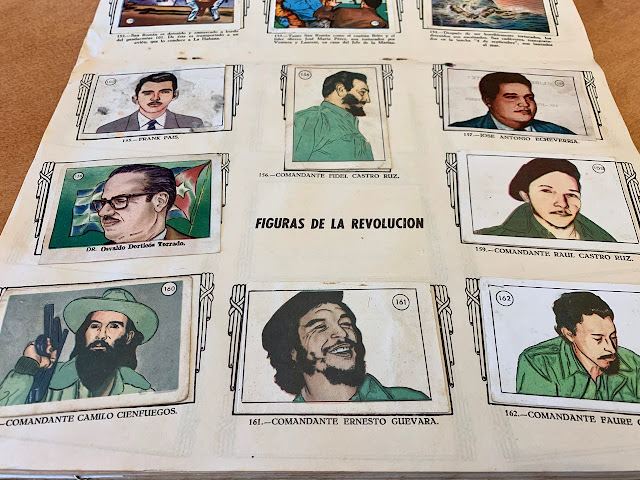 The USA Today also spotlighted the above Literacy Campaign book in 1959 that spotlighted rebel leaders but strongly included two major martyrs shown to the left and right of the Fidel Castro photo -- Frank Pais, the 23-year-old teacher, and Jose Antonio Echeverria, the University of Havana student leader. 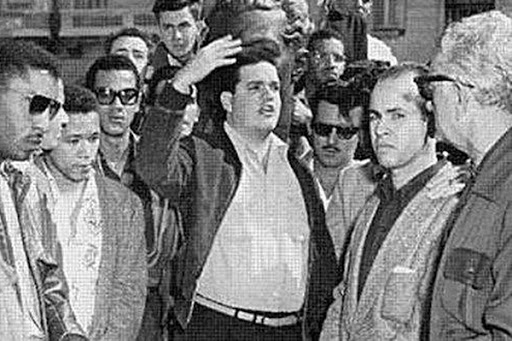 Both teacher Frank Pais and student Jose Antonio Echeverria {above} became everlasting martyrs after they were brutally and publicly murdered by Batista police officials because of their roles in the early days of the Revolutionary War. Today in Cuba there are no edifices named for Fidel Castro but there are major hospitals, airports, etc. named for Pais and Echeverria. 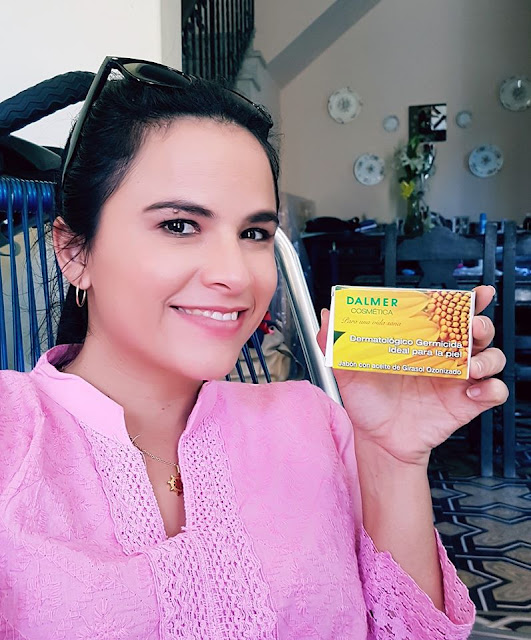 Meanwhile in Cuba today Cubavision International Television anchor Rosy Amaro Perez interviewed Dr. Roxanne Castellanos Cabrera about suggestions to combat the Coronavirus. One of the suggestions included the use of Dalmer dermatological soaps.