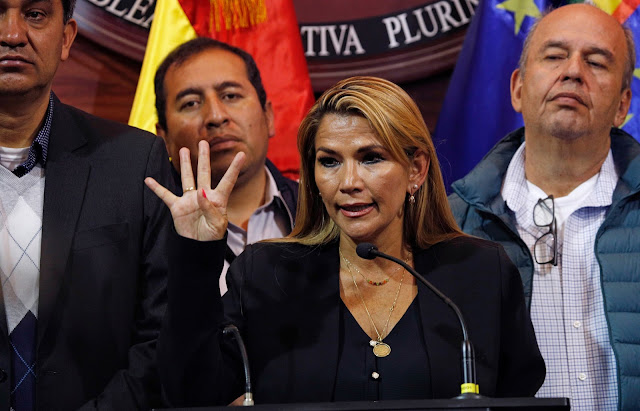 This Juan Karita/Associated Press photo shows opposition leader Jeanine Anez Chavez proclaiming that "I assume the Presidency" of Bolivia. The country's President since 2006, Evo Morales, was ousted Sunday night {Nov. 10, 2019} by what he calls a coup. Morales, fearing for his life, has been given asylum by Mexico after the Mexican government plane flyingl him to Mexico City was denied the air space of several countries who didn't want him to get there. Evo Morales is the latest of Cuban-friendly Latin American leaders who have unceremoniously been ousted from their positions, which Cuba and others believe is being generated and funded at least partly by anti-Cuban forces in the USA. It is not known if Jeanine Anez Chavez, a 52-year-old former television anchor, can hold onto power in Bolivia or win a future election considering that Evo Morales will always be beloved by most of Bolivia's poor people, who he says voted again in October 20th to keep him  in office in a disputed election that the U. S. and the Organization of American States said was fraudulent. Meanwhile, Cuba...amid teetering friends like Bolivia, Venezuela, and Nicaragua being fiercely opposed by the U. S...is hoping to bolster other friends, such as Spain. 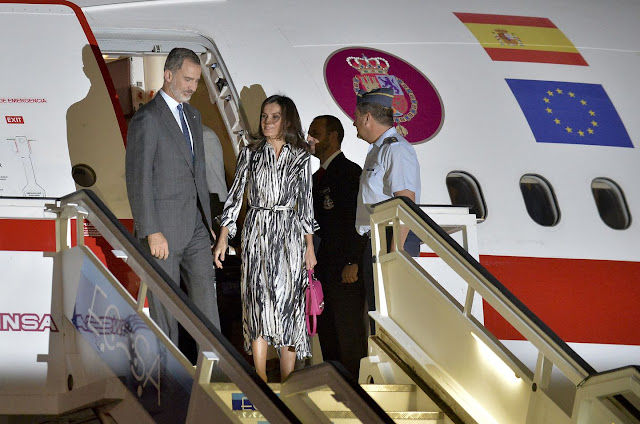 This Yamil Lage/AP photo shows Spain's King Felipe and Queen Letizia as they arrived Monday night {Nov. 11, 2019} at Jose Marti International Airport in Havana. The 3-day visit to the island is designed to show support to the Cuban people who are being strongly targeted by the USA's Trump administration and Republican sycophants in Miami's Little Havana sector. For five centuries Havana was one of the most important cities in the Spanish empire, providing a primary port for its treasure fleet. Seeking independence, Cubans fought two bloody but losing wars in the 1890s against Spain...prior to the 1898 U.S.-Spanish War on Cuban soil that shifted domination of Cuba to the United States, at least till the Cuban Revolution shocked the world by defeating the U.S.-backed Batista-Mafia dictatorship on January 1, 1959. The visit by King Felipe this week marks the first time in 500 years that a Spanish king has had a state visit to Cuba. King Felipe's father King Carlos, never during his four decades on the throne, had a state visit to Cuba but in 2016 Carlos traveled to the island for Fidel Castro's funeral. 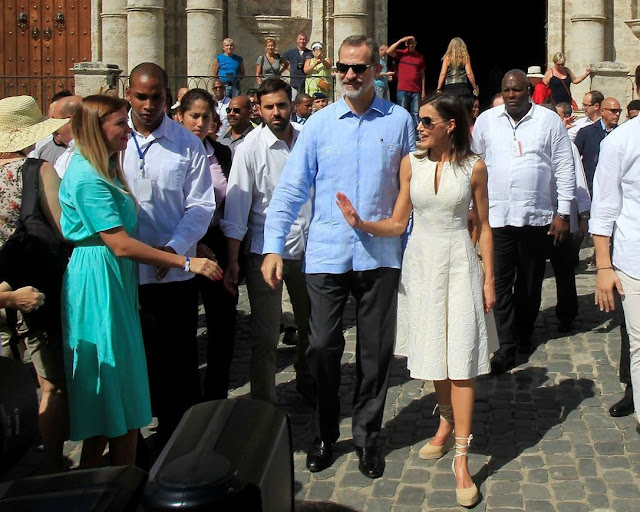 This week's 3-day visit of Spain's King Felipe and Queen Letizia is timely and it means a lot to the Cuban people who are increasingly frustrated with unchecked heavy-handed assaults on their lives and the welfare of their children sanctioned by Trump on behalf of a few Miami Counter Revolutionaries. 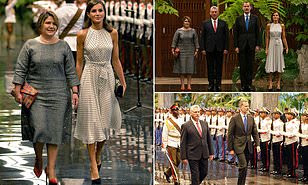 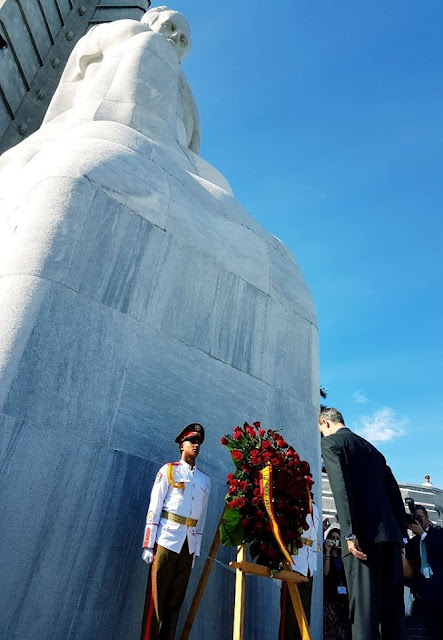 Today Cubans were ubiquitous on social media using this photo and proclaiming that they never expected to see such an image or gesture. It shows Spain's King Felipe bowing in reference at a statue of Cuban independence fighter Jose Marti who died in 1895 fighting occupied Spanish soldiers. 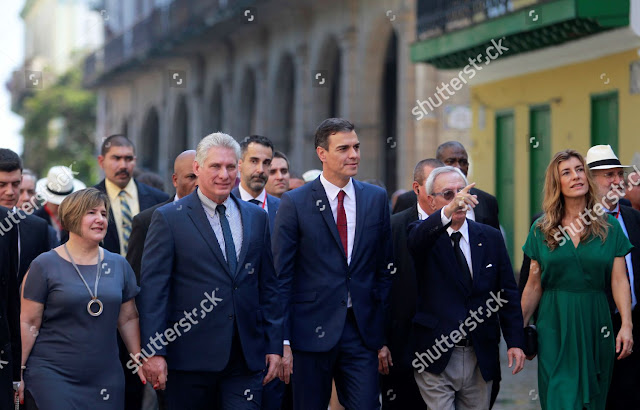 Earlier this year Spain's Prime Minister Pedro Sanchez, the tall man walking in Old Havana next to Cuban President Miguel Diaz-Canel, had a productive visit to Cuba. Spain has emerged as Cuba's third-largest trading partner and is becoming a top investor on the island. 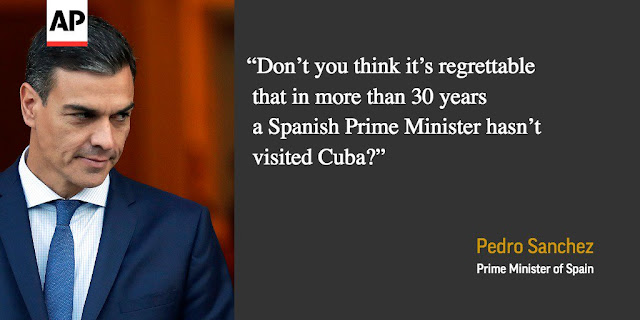