And Not Just Cubans In Cuba!! 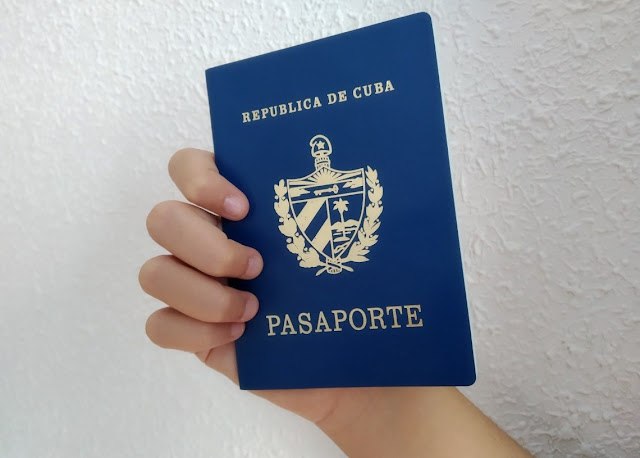 This weekend in mid-August of 2019 the Website On Cuba News used the photo of a Cuban passport to illustrate an article that indicates that U. S. President Trump hates Cubans in the U. S. as well as Cubans on the island. It said: "For the first time since it was promulgated in 1966, the Trump administration has touched the great migratory benefit the Cubans have to settle in the United States." Since the Cuban Revolution in January of 1959 overthrew the U.S.-backed Batista-Mafia dictatorship on the island, the U. S. effort to recapture Cuba included special rules and laws designed to entice all Cubans to the U. S., not just the ultra-rich Batista-Mafia leaders who fled back to the U. S. beginning at 3:00 A. M. on January 1, 1959. Thus, for decades Cubans who reached U. S. soil were given lush and quick rewards unavailable to all other immigrants via such things as The Cuba Adjustment Act, the Wet Foot-Dry Foot debacle, etc. Now the aforementioned article said: "But since this Wednesday {August 14, 2019} the rules have changed a bit and affect the children of Cubans born outside the island. According to a statement by the United States Citizenship and Immigration Service, from now on the children of Cubans born abroad need a valid Cuban passport or a citizenship letter..." It doesn't sound like a gigantic change but it is a change from the decades-old advantages Cuban migrants have enjoyed over all others. The article quoted Jorge Duany, a Cuban expert at Florida International University, as saying the change reflects "a policy to reduce visas for Cubans." 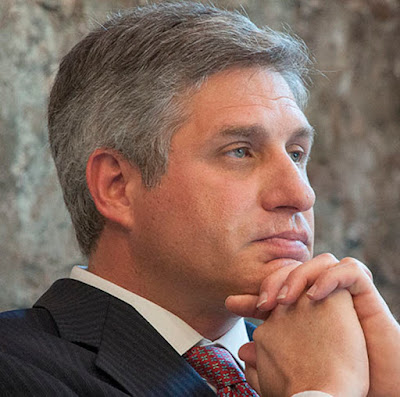 The Cuban-born Arturo Lopez-Levy, who has taught at multiple prestigious American universities, said: "It is confirmation that there is a political gap between the migration visas of the Trump administration and its Cuban privileges. It is impossible to believe that an anti-immigrant administration would overlook the privileges of Cubans." 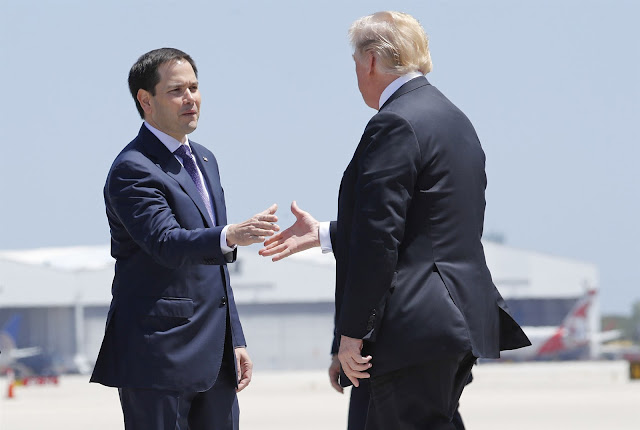 It is well known in Miami and Washington that Miami's U. S. Senator Marco Rubio and U. S. President Donald Trump don't like each other. But Trump likes and needs Florida's 29 Electoral Votes if he hopes to get re-elected in 2020. For that reason Trump has anointed Rubio as America's Cuban dictator on U. S. soil. 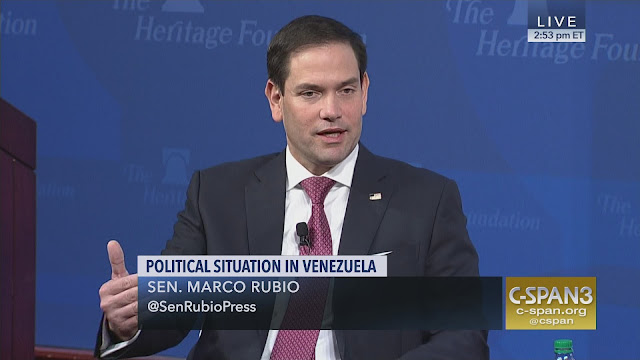 Thus, taking advantage of the dire political and economic situation in Venezuela, Cuba's closest ally, the USA's Cuban dictator Marco Rubio has carte blanche clearance to use America's superpower assets to orchestrate regime-changes in both Venezuela and Cuba, which has been an ongoing Rubio project, particularly since January of this year. Afraid of military powers Russia and China, who also have interests in Venezuela and Cuba, Rubio's prime tactic is to enact starvation-genocidal U. S. sanctions against both Venezuela and Cuba, and that recently included the activation of Title 3 of the Helms-Burton Act that is SO GENOCIDAL against everyday Cubans on the island that NOT EVEN the Batistiano-aligned George W. Bush presidency would enact it. Greatly assisting Rubio in his genocidal assaults on the Cuban people is the fact that even the left-wing mainstream U. S. media, which is obsessed with impeaching Trump, is too afraid to challenge Rubio and his Little Havana mentors even about the activation of Title 3, which clearly has starvation-genocidal overtones against everyday people in a much weaker nation...overtones that only Cuban extremists in the United States would be allowed to associate with the United States of America and its long-renowned Democracy. 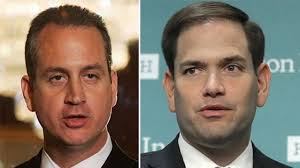 Yes, this weekend's aforementioned On Cuban News article reemphasizes perhaps the most insidious but least publicized weakness in today's United States' Democracy -- a Cuba-in-Exile government headquartered in Miami's Little Havana neighborhood and now led by U. S. Congressmen Vice Dictator Mario Diaz-Balart and Dictator Marco Rubio. Yes, the On Cuban News article this weekend mentioned that it had asked Diaz-Balart and Rubio about the Trump administration's changing the privileged entries of Cubans to the U. S., and neither Diaz-Balart nor Rubio responded to the inquiry. Yet, as long as a Republican is President, Diaz-Balart and Rubio will be allowed to dictate America's Cuban policies, which greatly enrich Cubans in the U. S. and greatly punish Cubans in Cuba. Meanwhile, not even the mainstream left-wing U. S. news media that is obsessed with getting rid of Trump will dare mention that Mario Diaz-Balart is the son of Rafael Diaz-Balart, a former key Minister in the ousted Batista dictatorship; NOR dare mention that a major article by Washington's best investigative journalist {Ken Silverstein} depicts Marco Rubio as "head and shoulders above everyone else in Washington when it comes to chicanery, dishonesty, and corruption." In other words, having U.S.-Cuban relations in the hands of Diaz-Balart and Rubio IS BAD NEWS FOR EVERYDAY CUBANS ON THE ISLAND BUT EVEN WORSE NEWS, I believe, FOR THE UNITED STATES OF AMERICA.