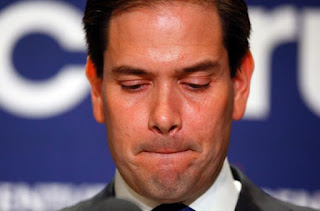 The end of Marco Rubio's bid for the Republican presidential nomination is good for Cuba, almost as good as Jeb Bush's much earlier elimination. The Florida voters who resoundingly denounced native-son Rubio are to be congratulated, especially considering that long-shot non-politician Donald Trump dominated the voting in Florida. The demise of Rubio also gives hope that President Obama's positive contributions to U.S.-Cuban relations will survive beyond January of 2017. Rubio's extremism and pettiness wiped out his massive advantages, which included being Cuban-American as well as being lavishly favored by the television networks and a vast array of right-wing and Jewish billionaires. But even Republican voters are fed up with bought-and-paid-for politicians, and Rubio had the biggest "For Sale" sign of them all. He turned off many Florida voters when he declared his first trip on Air Force One would be to Israel, not to more needy U. S. states. His vow to "roll back every one of Obama's Cuban ventures starting my first day as President" didn't go over well in Florida where even most Cuban-Americans support President Obama's positive overtures regarding Cuba. As a first-term Senator, Rubio showed disrespect for the Senate where he immediately began soliciting money to fund his presidential bid. Also, Rubio showed disrespect for not only Obama but for the office of President, glaring flaws that the media and many billionaires didn't hold him accountable for. Rubio's pettiness is revealed by his inexcusable blocking of Roberta Jacobson's badly needed nomination to be the next Ambassador to Mexico, which Rubio has blocked because she brilliantly represented the U. S. in diplomatic sessions with her Cuban counterpart Josefina Vidal. The dysfunctional, torn-apart Republican Party has driven out many conservatives like me and probably won't be repaired in time to beat a beatable Democrat, Hillary Clinton, in the general election. A right-wing Republican party is bad news for both the United States and Cuba. But Rubio's wipe-out by Florida voters is a positive sign that voters are trying to correct their bought-and-paid-for two-party political system, although it's an uphill battle in a money-crazed rodeo in which Rubio's political career will be revived. But, at least for now, it's blunted. 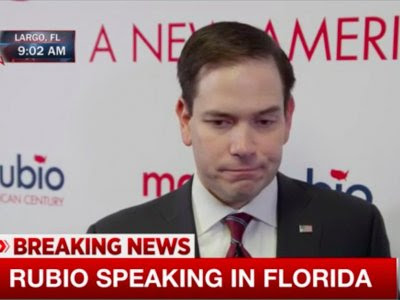 When he was elected to the U. S. Senate from Miami, Rubio won 66 of Florida's 67 counties as the Republican rising star. Against Donald Trump yesterday, Rubio won just one county -- Miami-Dade. 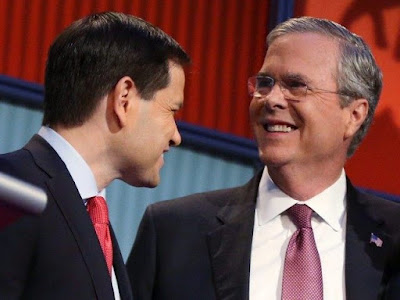 Ceremoniously eliminating Marco Rubio and Jeb Bush from the highest echelons of the Republican Party, even if it's only a temporary situation, is a major positive for both the United States and Cuba.

Since its inception in 1992, Ralph Patino's law firm has been a powerful force in the Miami-Coral Gables area of Florida, especially in the omnipotent Cuban-American political and economic arenas. In March of 2016, on the eve of President Obama's historic visit to Cuba, Mr. Patino is participating in Obama's efforts to normalize relations with the nearby island. He is trying to open a building products and supply store outside Havana and he says, "Once these companies are embedded, it will be very difficult to roll back come another administration." In other words, like Obama, Mr. Patino hopes the revival of strong commercial ties between the U. S. and Cuba will survive even a Republican presidency beginning in 2017. 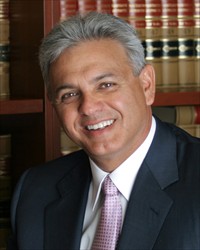 Paving the way for the store Ralph Patino hopes to open outside Havana have been an array of major commercial ties President Obama has engineered with Cuba. However, as a very smart Miami lawyer, Mr. Patino realizes much of the process is in Cuba's court, not America's. He is aware that, in recent months, high-level government and business delegations from countries such as France, Japan, China, and Russia have descended on Havana with lofty visions of edging out America when it comes to having strong commercial ties with Cuba. And all those countries have a huge advantage over the U. S. -- in a word, trust. U.S.-Cuban history, not to mention such ongoing obstacles as the embargo, in effect since 1962, and the U. S. theft/occupation of Guantanamo Bay, a primary thorn since 1903, still weigh heavily on Cuba's mind. Those two issues, along with the continued U. S. funding of regime-change schemes and U. S. encouragement of dissidents, are barriers that Cuba will not let go of, at least easily. And such barriers, as Ralph Patino understands, are uniquely American and make Cuba very distrustful of the United States. 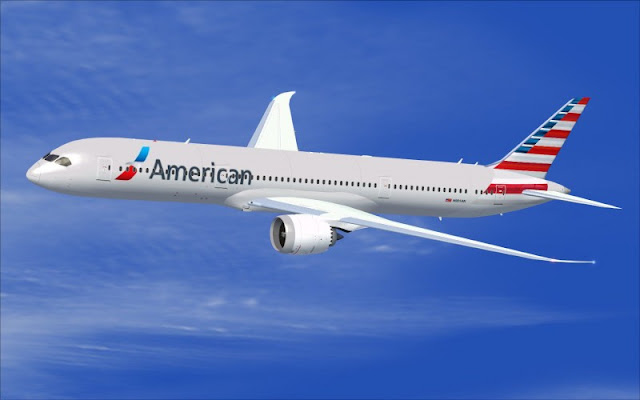 Yet, amazingly, the Obama administration has forged some remarkable commercial overtures with Cuba, even providing many more Americans the freedom to visit Cuba. For decades, the U. S. embargo has prohibited commercial flights to Cuba, allowing only carefully restricted charter flights that are more cumbersome and expensive. But as soon as this summer, an incredible number of as many as 110 daily commercial flights to Cuba might begin although the island's ability to handle the tsunami would be severely tested. American Airlines alone is bidding to have 14 daily flights to Havana although the Cuban capital is restricted to just 20 overall such flights and other U. S. airlines -- Jet Blue, Southwest, Delta, etc. -- are also anxious to get their share of the business. Already U. S. airlines have requested 51 daily flights to Havana. The U. S. and Cuba, in agreeing to the 110 daily flights to ten cities, have agreed that 20 would be all the additional ones busy Havana could handle but 90 U. S. flights would be available to nine other Cuban cities, although the major U. S. airlines have been less anxious about fulfilling those. Yet, Cuba has some bargaining chips, such as...if we let you fly into Havana, you must also fly into other Cuban cities. 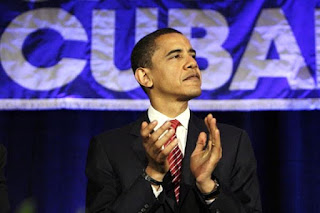 As his March 21st arrival in Havana approaches, President Obama can applaud many important overtures to Cuba that may be hard for Republicans to turn aside, especially if Cuba cooperates. Both the U. S. and Cuba have approved the tractor factory that a small Alabama firm plans to build in Cuba's Mariel Port Economic Zone. A T & T executives will accompany Obama to Cuba hoping to compete with Sprint and Verizon operations already on the island. Marriott and Starwood, major U. S. hotel chains, have major plans to expand into Cuba. The removal of Cuba from the Sponsors of Terrorism list and the reopening of embassies in Havana and Washington for the first time since 1961 were major moves by Obama, who also greatly sliced into the Republican sacred cow of denying Americans the freedom to visit Cuba. 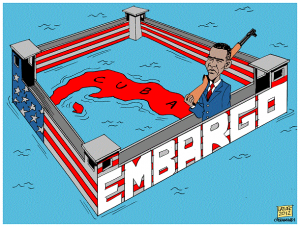 President Barack Obama, like the nine U. S. presidents that preceded him, was ordered by the Batistiano-directed U. S. Congress to march to undemocratic Cuban policies that the rest of the world considers cruel and undemocratic. Obama has been the only man with the intelligence, integrity, and courage to slice into that American abomination. One aspect of the embargo ruled that Americans were the only people in the world without the freedom to travel to Cuba. Obama has corrected much of that damnable situation and YESTERDAY -- Tuesday, March 15th -- he has further cut into the travel restrictions mandated by the embargo. As of today, American individuals can travel to Cuba, avoiding the need for group travel. From 1959 until 1962 the U. S. and the Batistianos failed to recapture Cuba despite a record number of assassination attempts and terrorist acts against the island, and despite the Bay of Pigs air-land-and-sea military attack in April of 1961. So, a handful of Miami anti-Castro zealots aligned with a handful of right-wingers in the U. S. Congress in 1962 created the embargo that, according to declassified U. S. documents, was and still is designed to starve and deprive Cubans on the island to induce them to rise up and overthrow Fidel Castro, who is nearing his 90th birthday and is still un-overthrown. Yet, today a handful of anti-Castro zealots in Miami aligned with a handful of right-wingers in the U. S. Congress maintain the embargo, which demeans the U. S. far more than it demeans Cuba. And regardless of what the remaining vestiges of Batistianos and right-wingers in the U. S. Congress do to thwart him, President Obama has already created a colossal legacy in restoring much of the soiled image of the U. S. and democracy around the world. Yes, America's Cuban policy has harmed America far more than it has harmed Cuba -- from supporting the brutal Batista-Mafia rule in Cuba to allowing the overthrown Batistiano-Mafiosi to set up shop on U. S. soil. Removing the shackles of marching to cruel, indecent, and undemocratic mandates of the Batistianos and Congress is a Lincolnesque accomplishment by Obama. Ongoing proof of that is his latest sanity -- on Tuesday, March 15th -- in allowing individual Americans the freedom to visit Cuba and in helping Cuban-Americans like Miami lawyer Ralph Patino try to establish a business in Cuba. 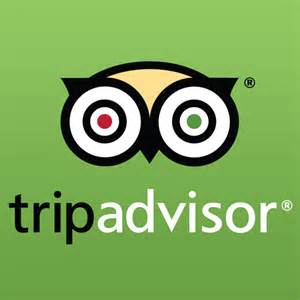