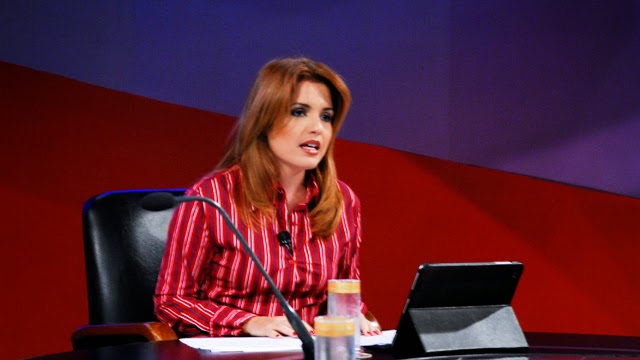 This is Cristina Escobar, the most popular journalist on the island of Cuba. 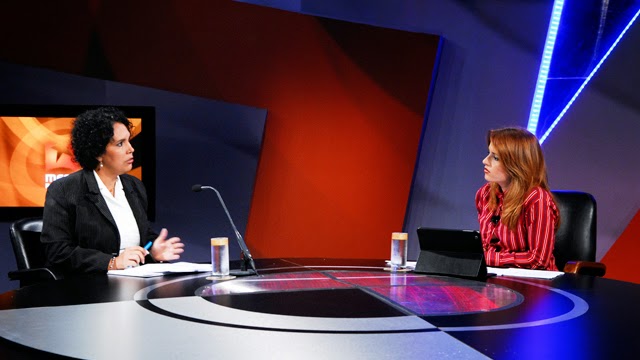 Cristina is the brilliant host of Cuba's most popular prime-time television program -- La Mesa Redonta {"The Round Table"}. Her journalistic skills and her uncompromising beauty meld into an irresistible lure. 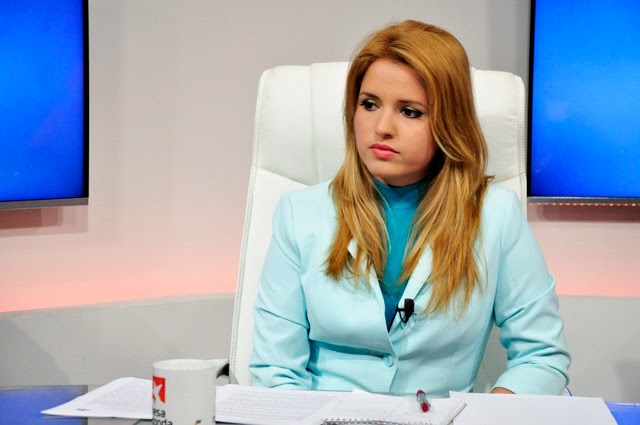 This past week the talented and enchanting Cristina Escobar arrived in Washington to cover the fourth diplomatic session that pitted Cuba's Josefina Vidal against America's Roberta Jacobson. 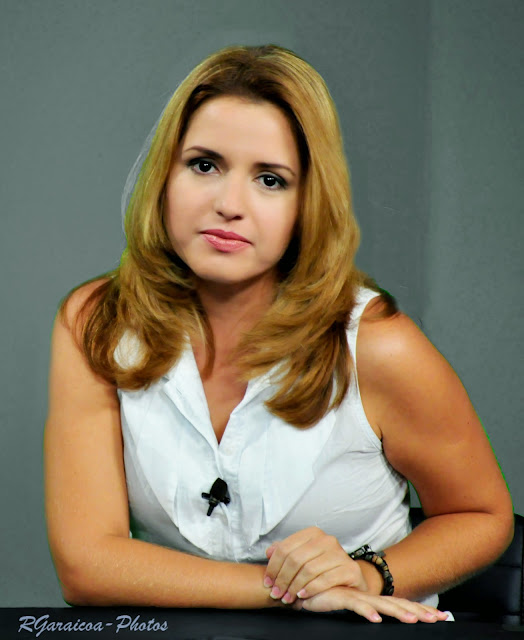 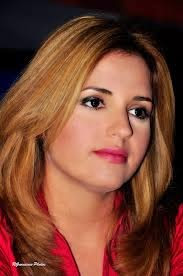 But so did her acute journalistic skills. 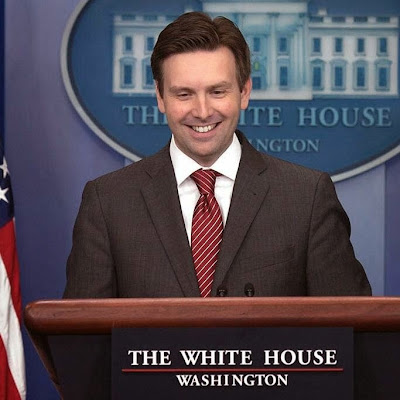 Josh Earnest, President Obama's White House Press Secretary, held a news conference prior to the 4th Vidal-Jacobson diplomatic tussle in Washington. Soon, Earnest was smiling broadly as he was besieged by a barrage of pertinent and refreshingly uncommon questions from an uncommonly beautiful journalist speaking perfect English in a gorgeous Spanish accent. Her sighting seemed to energize Mr. Earnest. The journalist was Cuban superstar Cristina Escobar. In quick succession she asked: "First, do you think that it's possible to see the scenario in which we will open embassies in Havana and Washington? And in that future scenario, is the administration committed to be more respectful of the Vienna Convention towards the behavior of the American diplomats in Havana, for example? Do you think the programs for regime change in Cuba will go on or not? Do you have any remarks on that? And on the other things, do you think that President Obama will also continue seeing his executive prerogative to expand the links, the bonds, with Cuba? And will we see Obama in Cuba in 2016?" Josh Earnest is a married man and a new father but it was obvious he was amused by the fresh beauty in his midst as well as her excellent barrage of questions. He used typical White House rhetoric to answer the tough queries, such as the impasse about the opening of embassies and whether  the "behavior" of U. S. diplomats in Havana would be "respectful." But Josh earnestly seemed to relish her last question about "will we see Obama in Cuba in 2016?" He smiled coyly and sweetly down at her and replied, "I know he would relish the opportunity to visit the island, and Havana in particular." 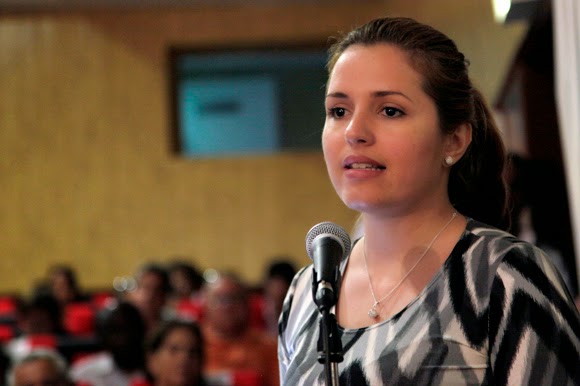 While she was in Washington last week to cover the Vidal-Jacobson diplomatic session, the 27-year-old Cristina Escobar not only became the first Cuban journalist to fire questions at the White House Press Secretary, she made the rounds with speeches at places like the sold-out Maryland House. She fiercely advocated "better treatment for my Cuban people from the United States." She freely gave interviews even to unfriendly U. S. journalists such as Carlos Rafael Dieguez of Radio Miami and Cubainformacion. She sternly  told Rafael Dieguez, "I want in Washington to spread the right information about Cuba to dismantle the lies transmitting through the international media about Cuba." When challenged by Rafael Dieguez, the feisty Cristina boldly stood her ground, repeating, "I want to change the lies about Cuba, the lies by the U. S. media manipulations that sustain the policy of the United States towards Cuba, a peaceful and safe country." 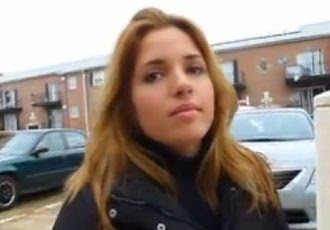 The best and most viewed Spanish-speaking blog about Cuba is Cafefuerte.com. The image of Cristina Escobar above is taken from that website's insightful parking lot interview with Cristina. It's in Spanish but if you view that interview you will detect the brilliance of Cristina in easily answering tough questions. Her speaking voice is superb in either Spanish or English and her journalistic skills are stunning. In the U. S. there is a vast and lucrative cottage industry that solicits and beckons Cuban superstars in baseball, ballet, and medicine. Well, Cristina is a superstar broadcaster that every U. S. television network would crave because of her skills as a journalist and her Spanish-English expertise. And, uh, she's also rather telegenic. But based on her speeches and demeanor in Washington, it seems that her abiding love for Cuba might mean more to her than becoming an instant millionaire television star in the United States. On Cafefuerte.com, she said, "The socioeconomic-political reality in which I grew up in Cuba has been defined by what happens here. I want to promote a change in the U. S. policy towards Cuba." She is obviously 100% Cuban and extremely patriotic. Bold, beautiful, young, talented, and smart, she has a mission in life -- to improve America's attitude towards her island. It's a worthy mission. She is an admirable young lady. 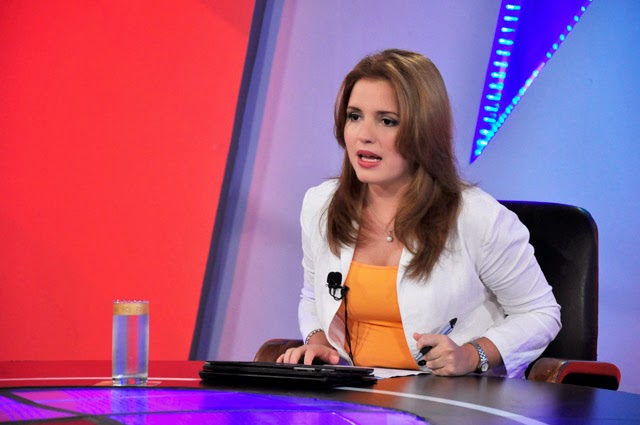 Cristina Escobar is now back in Havana hosting Cuba's most popular and most informative television program -- The Round Table -- nightly in prime-time. If, indeed, President Obama visits Cuba in 2016, he will be forced to meet with Cuban dissidents such as Yoani Sanchez, and that will be a price he will gladly pay to justify his appearance on The Round Table with Cristina Escobar as his host. There are rumors in Washington that President Obama requested and received a personal copy of a video tape depicting Cristina's questioning of Josh Earnest. And it is assumed the President was more interested in Cristina Escobar's Cuban ascent than he was in critiquing the performance of his highly capable Press Secretary. 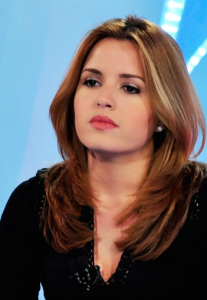 Cristina Escobar is a very accomplished and dedicated journalist. Back in early December, 2014 -- just prior to Presidents Obama and Castro announcing their plans to normalize relations -- Cristina and seven other Cuban journalists spent ten days participating in journalism seminars at California State University in Fullerton, California. Cristina's astute questions to White House Press Secretary Josh Earnest were not unlike the questions she asks nightly on her highly rated Round Table program in Cuba. She is not at all reluctant, or afraid, to take positions not advocated by the Cuban government. "If I oppose something," she says, "I will express my firm opposition. If I couldn't do that, I would not be a journalist. I like my job in Cuba. It has evolved around me. I am proud of my profession and my country."
******************************
- May 24, 2015