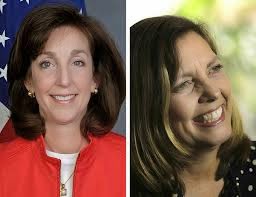 Today in Washington two outstanding and sincere diplomats -- America's Roberta Jacobson and Cuba's Josefina Vidal -- will have a second round of discussions aimed at normalizing relations between the two neighboring nations. Millions of good people have sincere hopes that the meetings will finally bring a degree of sanity and decency to the relationship. Some changes will evolve in the coming months but the real possibility of achieving the primary goal is hopeless. 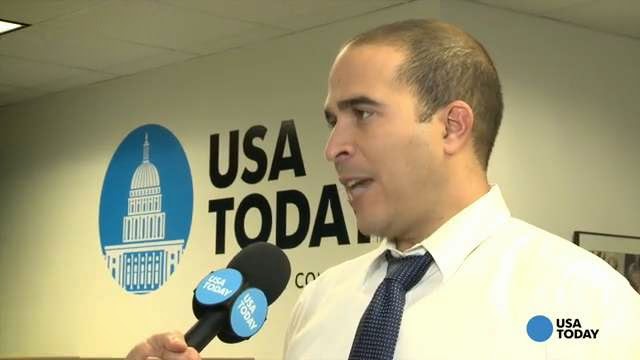 On the eve of today's second round of the Jacobson-Vidal diplomatic discussions, USA Today -- America's largest newspaper -- previewed the event with a major article written by Andy Gomez. Gomez is an anti-Castro zealot based in Miami. He is USA Today's top columnist and expert when it comes to Cuba. His preview of today's diplomatic session in Washington, of course, included only the views of other anti-Castro zealots -- James Cason, Vickie Huddleston, Frank Mora, etc. The so-called mainstream U. S. media has neither the guts nor the integrity to do otherwise in regards to the Cuban issue that so hugely affects the U. S. image. Andy Gomez illustrates that unfortunate and undemocratic fact in the printed media. 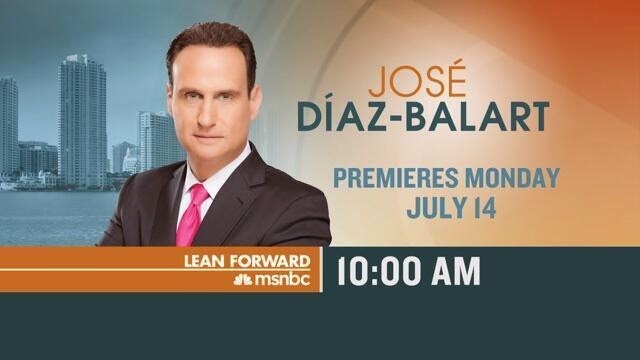 Jose Diaz-Balart is the best example of America's mainstream electronic media being totally dominated by anti-Castro zealots regarding the Cuban conundrum. Jose has a one-hour anti-Castro program every morning on MSNBC. He is also the top anchor on Telemundo and is the top Cuban expert on NBC. There are never disclaimers pointing out that Jose's father was a key Minister in Cuba's Batista dictatorship in the 1950s and later one of the richest and most powerful anti-Castro zealots in Miami. Therefore, with Jose Diaz-Bazart's telephonic saturation, with few if any countering opinions, many democracy-loving Americans are left to believe the anti-Cuban propaganda served up on America's television screens.

The U. S. Congress is composed of 535 members. That includes four Cuban-Americans from Miami. Democracy-lovers believe that even one-trick-ponies from Miami should be allowed to participate in the crafting of laws and policies that are important to Americans. However, there are some brave Americans who believe that four members of Congress from Miami should not have more input on America's Cuban laws and policies than 315 million Americans, the majority of whom want changes in those Cuban-related laws, policies, and actions. Unfortunately, that won't happen. 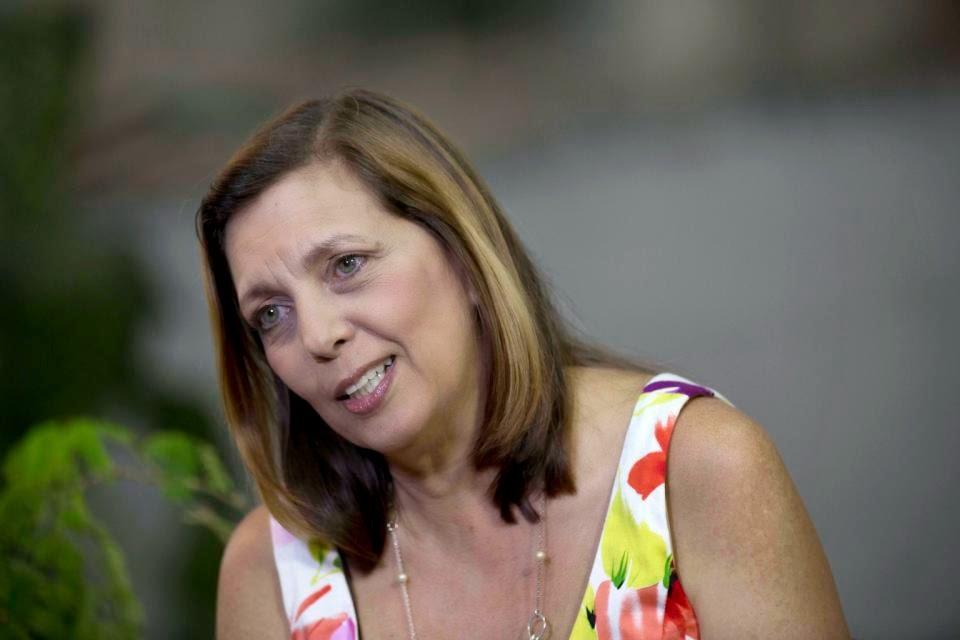 Josefina Vidal is Cuba's highly respected Minister of North American Affairs. Considering that America is Cuba's lone enemy and also is the engine that drives North America, that means that Cuba entrusts her with its sovereignty. Today -- Friday, February 27th -- Vidal represents Cuba in the second round of diplomatic meetings. The first round was in Havana on January 22nd and 23rd. The talks continue today in Washington. She yearns for normal relations with the United States. She also understands why such sanity will not happen: A few powerful Cuban-Americans and their associates are allowed to dictate America's Cuban policy to sate their revenge, economic, and political motives. All the basic Vidal Doctrines are supported by all the Caribbean and Latin American nations but none are supported by the North American superpower. Vidal's Doctrine #1 is that America treat Cuba with respect; Vidal's Doctrine #2 is that the United States remove Cuba from its very short list {far too short} of nations that sponsor terrorism. Josefina Vidal has lived as Cuba's top diplomat in America and she since then has been Cuba's top diplomat on all things American. She knows America. She is stymied and astounded that the world's greatest and strongest democracy is willing to have its image distorted so profoundly by an imperialist policy against an island nation that mounted a revolution in the 1950s to rid itself of a vile foreign-backed dictatorship. Remarkably, in her opinion, two generations of the Batista-Mafia dictatorship that fled the island to U. S. soil have, for almost six decades, dictated America's Cuban policy. Regardless of the Vidal Doctrine, that will not change during the diplomatic discussions currently taking place. 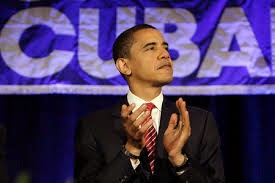 President Obama has a lot on his plate these days as he confronts powerful right-wing elements in the U. S. Congress and the U. S. media that disrespect both him and the Office of President. That particularly pertains to his plans to normalize relations with Cuba. He hopes that today's diplomatic session in Washington will help expedite a key element -- the creation of U. S. and Cuban embassies in Havana and Washington. He wants to be able to make that a reality before he attends the Summit of the Americas in Panama on April 10th and 11th. President Obama is tired of being embarrassed at international gatherings that unanimously denounce America's Cuban policy. He fears that will happen again in Panama in April because between now and then it is highly unlikely that his plans to remove Cuba from the Sponsors of Terrorism list will be accomplished before April 10th. 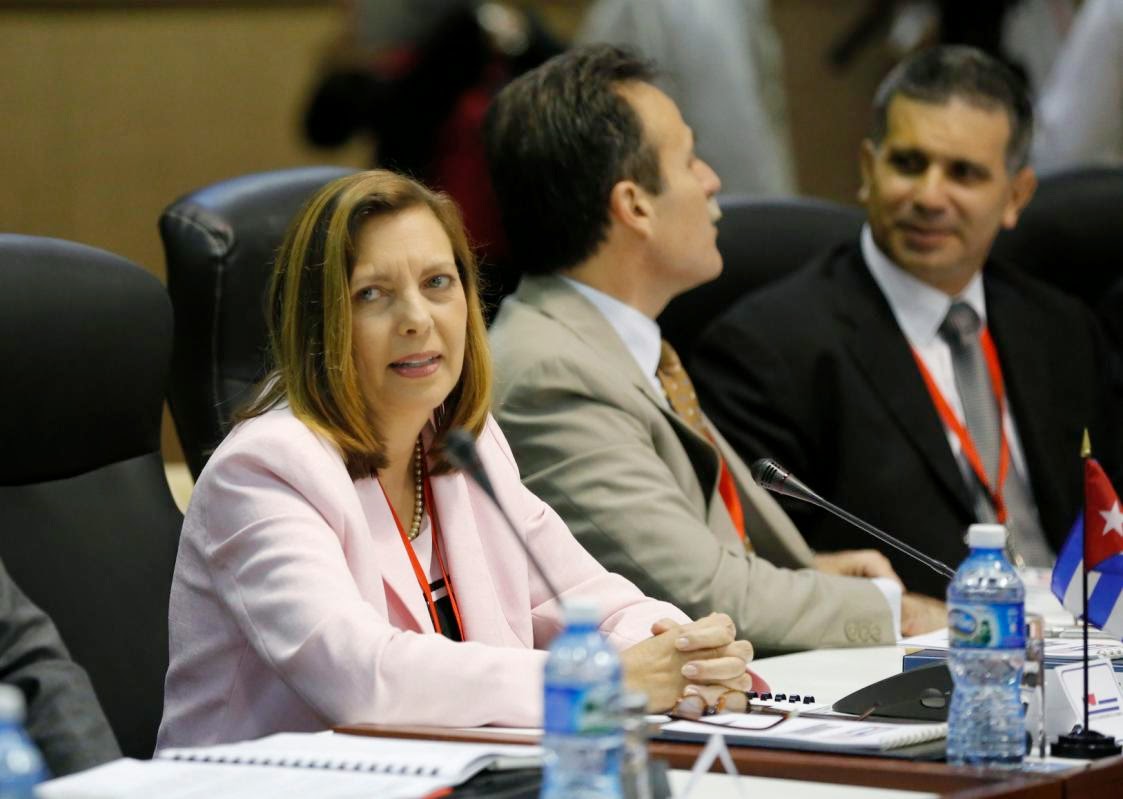 Josefina Vidal is Cuba's Minister of North American Affairs. That's a lofty title, especially considering that North America includes America, the world's superpower that insists on holding a huge imperialist umbrella over the tropical island. But her title underestimates the real power Ms. Vidal has on the over-matched but pugnacious island. Unlike American diplomats whose input and output are tightly tied to the President that appointed them, Vidal can speak for Cuba, officially or off-the-cuff, without having to check with or get clearance from any superior. That was apparent at the first round of diplomatic negotiations in Havana on January 22nd and 23rd in Havana aiming at normalizing relations between Cuba and the United States. Unbiased news outlets -- the BBC, Reuters, the Guardian, the Washington Post, etc. -- all referenced the basic fact that Vidal out-performed her American counterparts in the first round of diplomacy in Havana in January. She will likely do the same today in Washington. Yet, as bad as she wants normal relations with the United States, Vidal will not capitulate on her core beliefs and therefore these heralded diplomatic overtures are destined to end in failure. Vidal's core beliefs are: {A} She wants Cuba removed from the U. S. State Department's incredibly short list of nation's that sponsor terrorism; President Obama can and will do that because Congress can not prevent it but even the procrastination is irksome to Vidal. {B} She wants the U. S. to cease spending huge sums of money supporting and creating dissidents on the island. No American elected or appointed official -- including Barack Obama and Roberta Jacobson -- has the power to meet her halfway on ceasing or decreasing the U.S. Congress-inspired attacks on what she feels are assaults on Cuba's sovereignty. Thus, attempts to normalize U.S.-Cuban relations are more show than substantive. 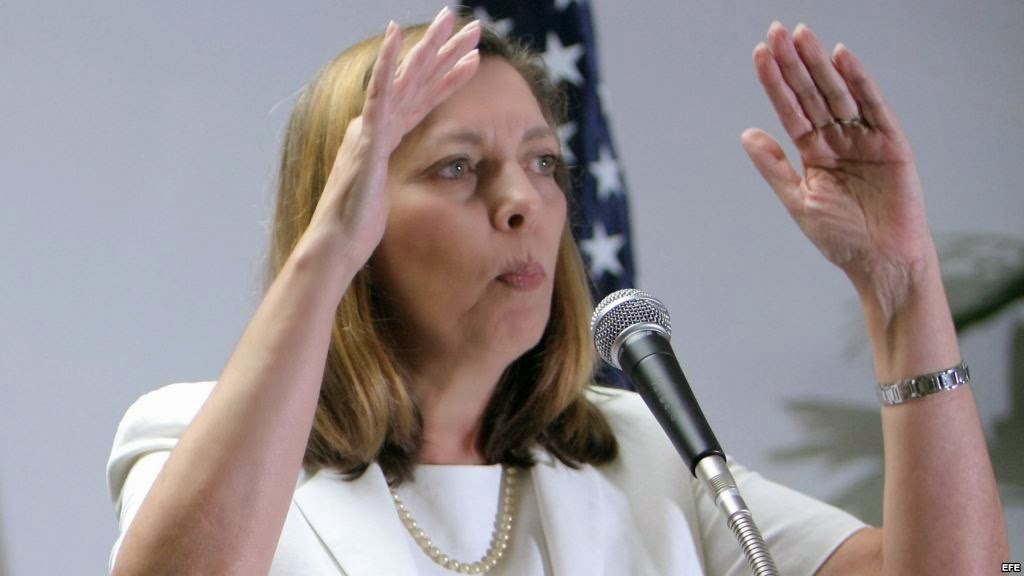 As she arrived in Washington this week for the second round of diplomatic relations with the United States, Josefina Vidal was well aware of the impossibility of normalizing relations with the United States. However, she believes it is a worthwhile forum for Cuba, in the international spotlight, to express a viewpoint that she believes has been denied Americans. In exasperated moments such as the recent one depicted above, she has addressed in fluent English questions concerning "the hopelessness" of an island pitted against the world's superpower. "Damn, what a question!" she once exclaimed to an inquiring Reuters journalist. "For over two centuries this island has been pitted against imperialist superpowers -- Spain in the 19th century and the United States since the start of the 20th century. A do-or-die struggle for independence and sovereignty is imbued in our psyche...except, of course, for Cubans who will sell out to rich foreigners. The question was posed by an unwitting journalist from England. The diplomatic sessions that brought you across the ocean pit Cuba against the world superpower. We won't win but we do have the support of the Caribbean, Latin America, and the world at our backs. So, what does that say about democracy? It says, I believe, that little countries and big democracies are no match for an army, and in this case a Congress, that has more guns and endless rounds of ammunition than their weaker opponent. In Cuba we have made many mistakes since gaining our independence in 1959. But most of those mistakes have evolved from having to defend that independence against unsavory exiles embedded with imperialist crooks who have the financial and military support of the world's superpower, and especially what I perceive as an entrenched Congress that answers to its bank accounts but not to the American people, who seem powerless in a money-crazed system to change it. It was not Cuba that aligned with Cuban criminals and the American Mafia to rape and rob this island. It was America. Thus, we are left with two choices -- surrender or fight. We choose to fight. You seem to think it is hopeless. You are probably right. But, in my opinion, it is the best of the two choices we have."
******************************