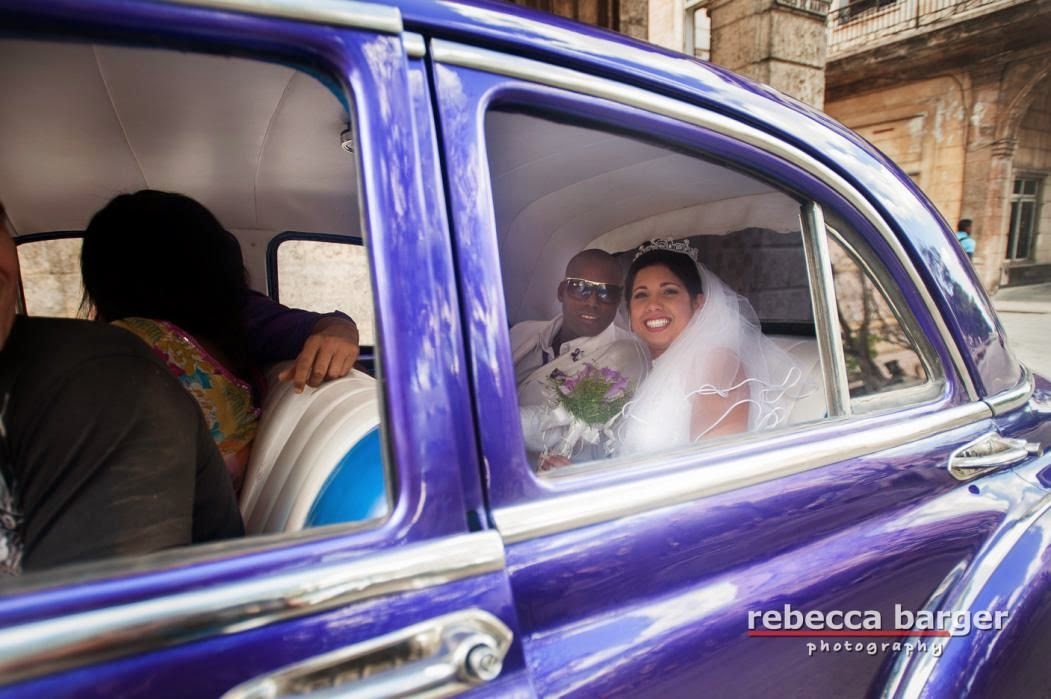 Rebecca Barger, one of America's top Wedding Photographers, was in Cuba this week. She said she wanted to be there to take photographs, like the one above, before the island changed. She specifically mentioned "before Starbucks" and other American elements took over the island. Ms. Barger and many others have bittersweet feelings about the ongoing efforts to normalize relations between the U. S. and Cuba. Yes, the island badly needs sane relations with its superpower neighbor. And, yes, the U. S. needs to refurbish an image that has been so dastardly shattered, at least outside the U. S., by its dastardly treatment of Cuba, starting after the Spanish-American War in 1898 and particularly after the world's most famed democracy teamed with the Mafia to support the brutal, thieving Batista dictatorship beginning in 1952. The fleeing Batistianos and Mafiosi resettled mostly in South Florida and, from 1959 till today, have mostly dictated the Cuban narrative in America, overwhelming far more decent and much less-biased sources such as...Sarah Stephens at the Washington-based Center for Democracy in the Americas. 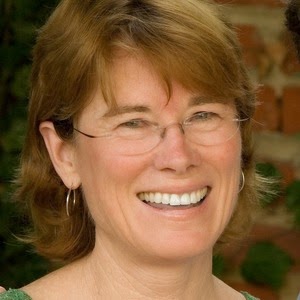 Sarah Stephens is the founder and Executive Director of the Center for Democracy in the Americas. Instead of being incessantly bombarded by Cuban propaganda from the likes of Marco Rubio and Maurcio Claver-Carone, Americans need to get the other...and truer...side of the two-sided story. Sarah Stephens, the democracy-lover, is a good place to start. Each Friday her CDA "Cuba Central" website provides the best chronicling of that week's Cuban conundrums. Her latest posting on Feb. 20-2015 once again referenced the fallacy of Americans relying on politicians and lobbyists such as Rubio and Claver-Carone for their Cuban information. Ms. Stephens, for example, believes it is undemocratic and anti-American for a few well-heeled people in the U. S. Congress and on Capital Hill to be able to endlessly punish innocent Cubans on the island in the guise of hurting Castro and regaining control of Cuba. 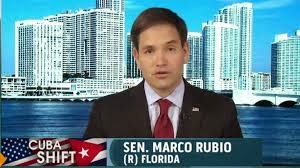 Marco Rubio, Miami's ubiquitous one-trick-pony contribution to the U. S. Senate, thinks he will make it all the way to the White House, as early as 2016, as long as Americans continue not to associate Cuba with Fulgencio Batista, Lucky Luciano, Meyer Lansky, Santo Trafficante Jr., Luis Posada Carriles, and other Mother Teresa-like angels who populated Miami either before or after or both before and after the triumph of the Cuban Revolution in 1959. Heaven forbid if Americans wondered if a return of the Batistianos would be good for Cubans on the island. Senator Rubio seems intent on making sure such wonderment continues to be blunted. He also doesn't want Americans to wonder why some of his top aides recently took an all-expense-paid trip to China while he insists average Americans not be allowed to travel to one particular place -- uh, Cuba!

Online, on television, on radio, in print, on Capital Hill, in Congress, and in the corporate world, Mauricio Claver-Carone personifies a vast cottage industry that  benefits from an American Cuban policy that the rest of the world deplores. That's why Americans are not supposed to know about such things as Cubana Flight 455 and such unbiased modern-day Cuban experts as the democracy-loving Sarah Stephens. 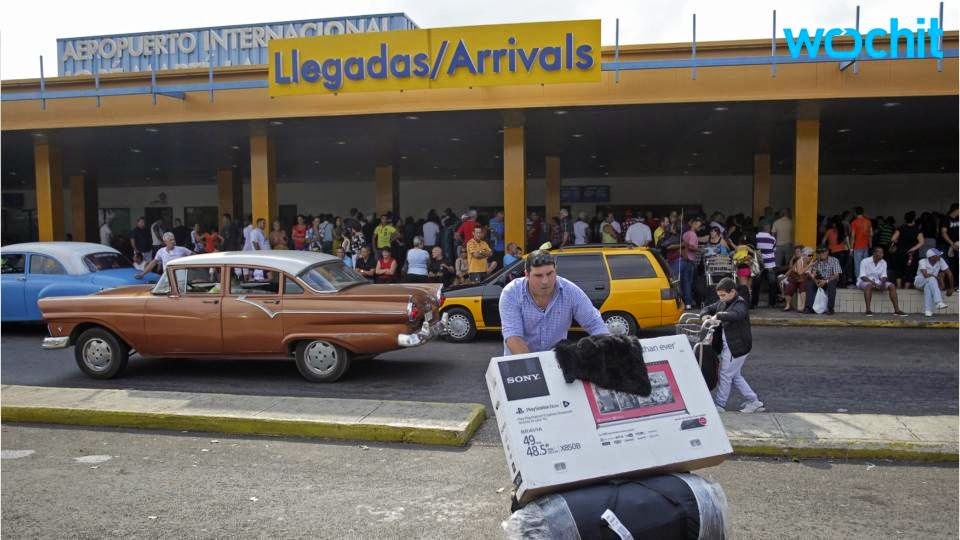 This week Netflix, the movie and television streaming giant, launched service in Cuba. Also, no less than five American airlines applied for licenses to add flights to and from Cuba. Such renewed interest, even in their nascent stages, spawned this crowded airport scene this week on the fast-changing island of Cuba. Burgeoning crowds of people and off-loaded Sony electronics are becoming commonplace. 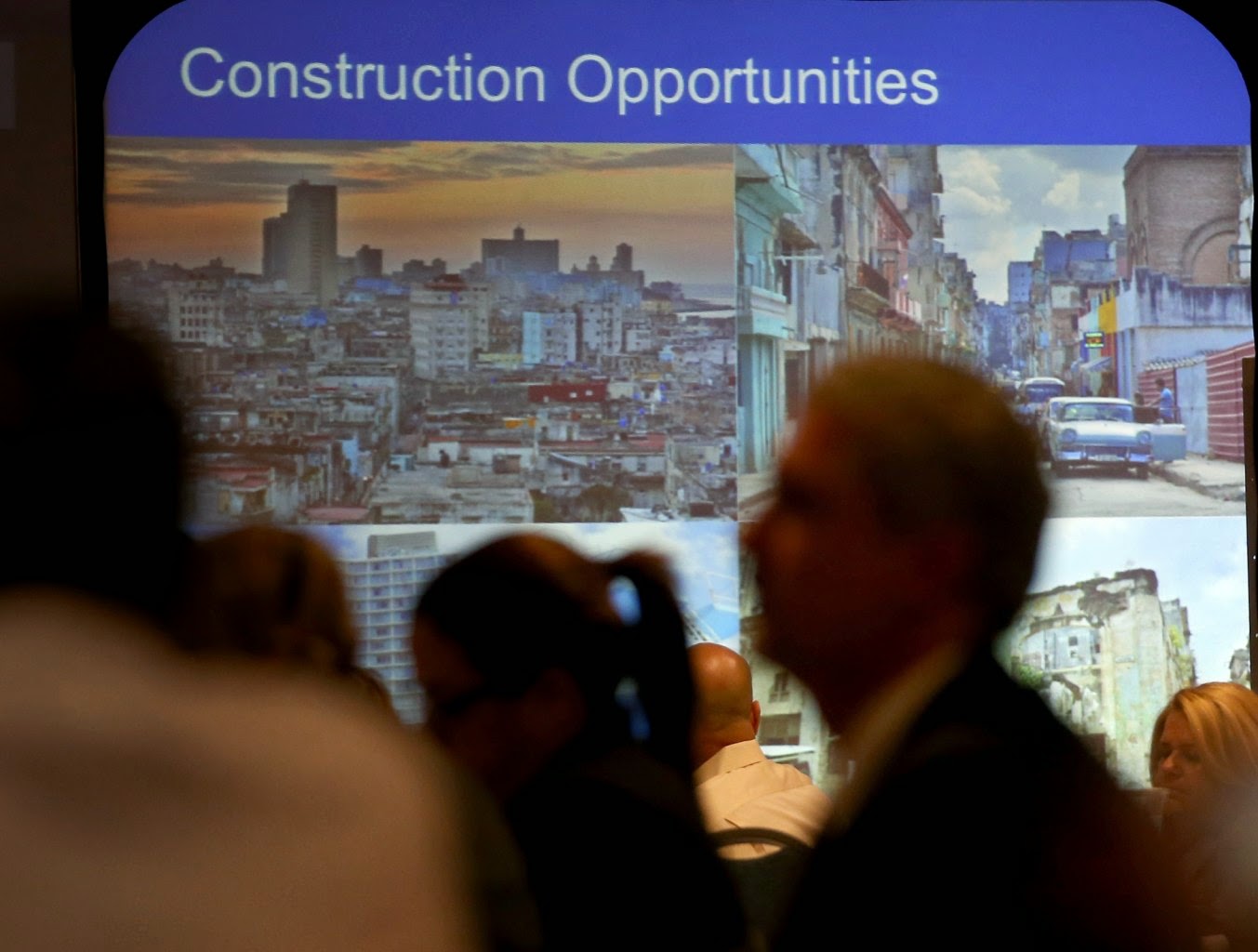 This Joe Raedle/Getty Images photo shows a standing-room-only Business Forum in Miami this week casting covetous, non-hostile eyes at the nearby island of Cuba. Such forums are proliferating all over South Florida as American entrepreneurs want to participate in the reconstruction of Cuba, which will require billions of dollars to repair an infrastructure that has deteriorated alarmingly largely due to a U. S. economic embargo put in place in 1962 for the purpose of starving and depriving Cubans on the island to entice them to rise up and overthrow Fidel Castro. In February of 2015 Fidel Castro is 88-years-old and living out his life in a modest home in western Havana while thousands of anti-Castro benefactors throughout South Florida, through two generations, have luscious mansions, yachts, airplanes, and multitudes of expensive cars. Thus, after all these decades, this photo is quite interesting. It reveals hordes of business people in Miami hoping to partake, legally and decently, in the reconstruction of the island. And it proves again that resilient, pugnacious and wily little Cuba will never cease to fascinate. 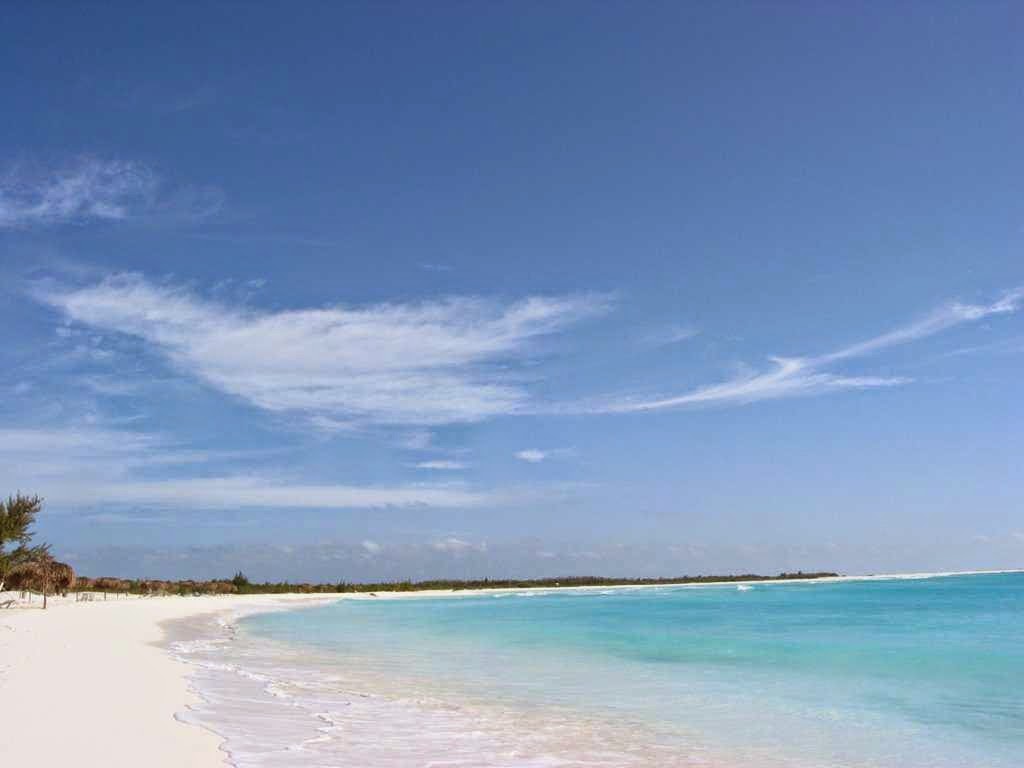 As those of us who have been to Cuba can attest, the island has eleven million of the friendliest people in the world, as well as many of the world's most beautiful and most pristine beaches. This is the beach at Cayo Largo. Cuba is a peaceful country and perhaps the safest place in the world for tourists. The wedding photographer, Rebecca Barger, said she wanted to take photographs around the island before "Starbucks" and other commercial entities invaded with a tsunami-like frenzy. It is easy to understand her feelings for the island that Columbus, back in 1492, said was "the most beautiful place my eyes have seen." 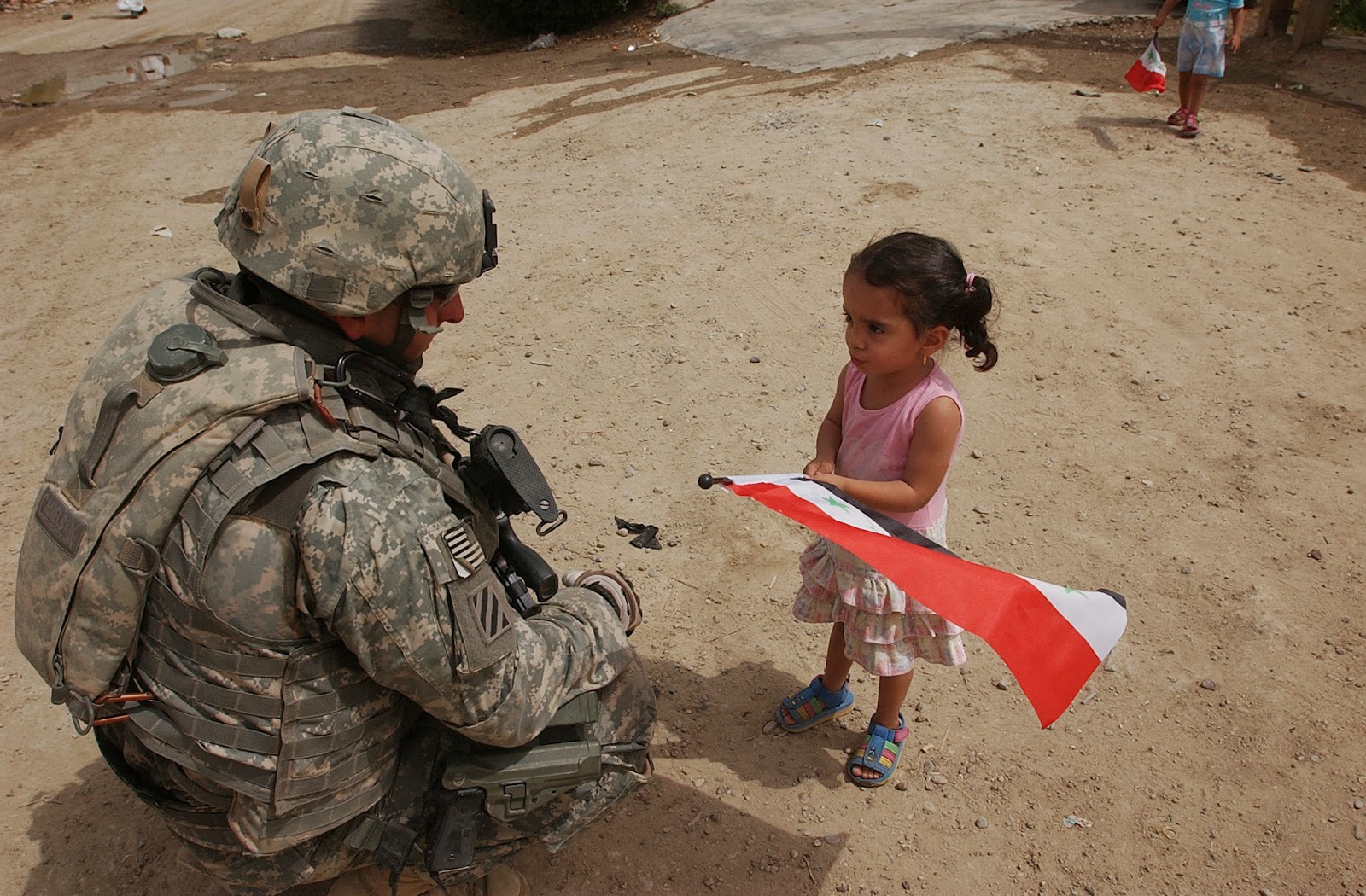 Rebecca Barger's wedding photo in Cuba reminded me of this Getty Images photo. This American soldier, Jason Hiser, was stunned as his unit tried to protect the innocent civilians in war-torn Al Rasheed, Iraq. A little Iraqi girl bravely walked out into the street. She wanted the "noise" to stop. He knew the iraqi word for "noise." She touched his heart as she offered him an Iraqi flag, apparently in hopes that the all-consuming war would let up, at least long enough for her to have at least the semblance of the type of life that every little girl deserves. Jason Hiser and other well-meaning soldiers and photographers are seeing cities around the world totally destroyed by ultra-modern weapons with the most innocent, like this little girl, caught in the middle. This little girl made Jason Hiser cry. The rest of the world should cry with him. 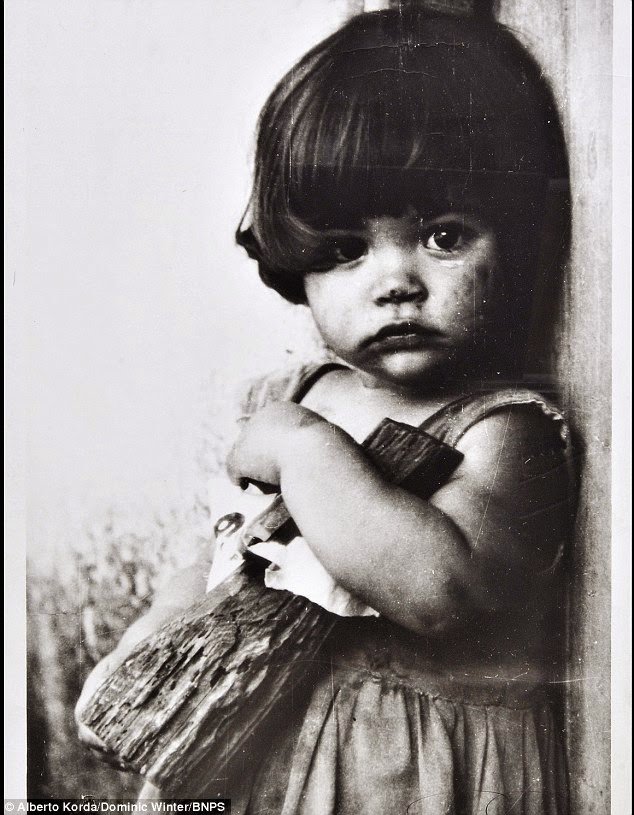 The photo of the little Iraqi girl reminded me of this little Cuban girl. This photo was taken by Cuba's greatest photographer, Alberto Korda. This child's name was Paula Maria. She had the misfortune to be born in Sumidero, a little town in Cuba's Pinar del Rio province. At the time of her birth, the lush island of Cuba was a gravy train and piggy-bank for the Batistianos, the Mafiosi, and American businessmen. And they didn't leave anything for the majority peasants, like Paula Maria's family. But she was a little girl who wanted a doll, a doll her parents could not afford. So, as many children have to do, Paula Maria improvised. She pretended a block of wood was her doll. Alberto Korda took many of the 20th Century's most famous photographs. Before he died in 2001 in Paris, he said, "The Che photograph made me famous but the little girl clutching the block of wood and pretending it was her doll changed my life, my way of thinking about life." 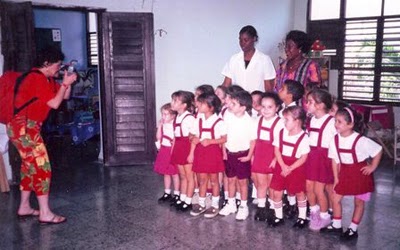 The Korda photograph of the little girl clutching the block of wood reminds me of this photo. In 2015 Cuban schoolchildren are the most photographed subjects by tourists on the island. The Cuban Revolution -- which replaced the Batistianos, the Mafiosi, and the American businessmen on the island in 1959 -- has made mistakes. But unlike its predecessor, it should be applauded for the way it has protected, educated, sheltered, and cared for its children, including free and readily available health care throughout their lives. If I have judged them correctly, photographers from Alberto Korda to Rebecca Barger have wondered -- both silently and aloud as vividly expressed by their brilliant photos -- whether a return of the Batistianos accompanied by "starbucks" would be good for the children on the island. Yes, we know it would be good for gluttonous criminals and businessmen, but would it be good for Cuba's children? Based on history, I doubt that it would. And history, while not infallible, is a good yardstick Americans should keep in mind when they are constantly inundated and bombarded with incessant anti-revolutionary propaganda from the likes of well-greased politicians and lobbyists such as Marco Rubio and Mauricio Claver-Carone.
******************************
- February 21, 2015