A Little Girl Shows Us How Much 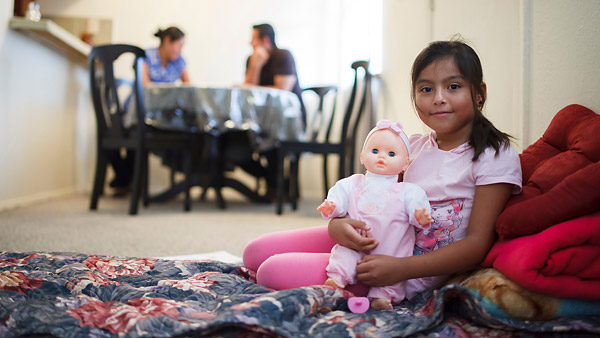 The above photo [taken by Michael Stravato for the New York Times] highlighted the longest article in the New York Times on August 25, 2012. The article, written by Julia Preston, was entitled "Young and Alone, Facing Court and Deportation." The caption beneath the above photo reads: "Liliana Munoz, 6, was alone when Border Patrol officers caught her as she was being smuggled across the Rio Grande. Now facing deportation, she's also alone in Immigration Court without a lawyer."
Liliana's parents, who lived illegally in the Atlanta area, were so desperate to get their awesomely beautiful little girl out of crime-ridden Mexico they somehow arranged for her to cross the Rio Grande river with strangers, ending up in the custody of the Border Patrol. The final straw for the parents came when they learned of "a bloody spree of shootouts and kidnappings by drug traffickers close to Liliana's home in Tamaulipas in northeast Mexico." Liliana was sent to a federal detention center for minors in the U. S. border town of Brownsville. After a month there she was sent to a school for first graders but she was more advanced than her classmates. "I already knew how to add," she told the NY Times reporter. On June 4th Liliana was taken to Immigration Court, all alone. Her mother had arrived in Brownsville but she was too fearful of her illegal status to accompany her daughter. And Liliana was not provided a lawyer. "I had to speak by myself," she told Julia Preston. Preston added, "She gave the judge her name and age. But she did not understand that she had crossed an international boundary, or that she was now in the United States, or what the United States is exactly. She did not know she had done anything wrong."
Of course, Liliana had not done anything wrong. Maybe her parents had. Maybe those drug cartels had. Maybe Mexico had. Maybe the United States had. Maybe that Immigration Court in Brownsville had. But not Liliana! Yet, the judge postponed his decision in her case. And in most cases similar to Liliana's, according to the New York Times, the decision is deportation. 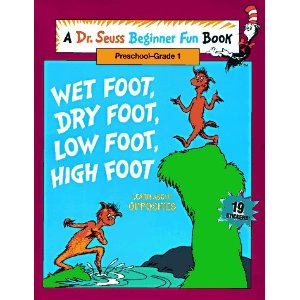 The saga of Liliana Munoz, the gorgeous little Mexican girl, illustrates the incredible claw-hold the U. S. support of the Batista dictatorship in Cuba way back in the 1950s still has on the U. S. democracy. An ironclad U. S. law, known as Wet Foot, Dry Foot taken from a Dr. Seuss children's book, allows any Cuban who reaches U. S. soil to remain in the U. S. totally free. 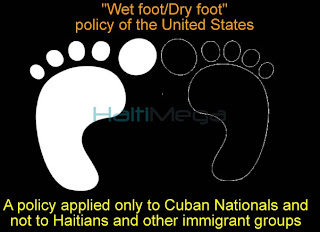 But if you are from Haiti or Mexico or any country in the entire world other than Cuba, America's Wet Foot, Dry Foot law does not apply to you, including little Liliana Munoz of Mexico. It is one of many U. S. laws, written and unwritten, that favor Cubans as opposed to all others. 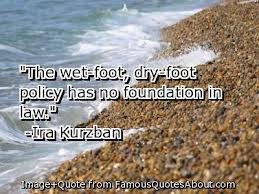 Wet Foot, Dry Foot reveals why the Cuban Revolution says a lot more about the United States than it says about Cuba. It says, for starters, that the U. S. democracy should not support foreign dictatorships, like Batista's in Cuba in the 1950s. And it says, if such a dictatorship is overthrown by a popular revolt, the leadership of that dictatorship should not be allowed to flee, with incredible amounts of money, so it can reconstitute itself even more powerfully on nearby U. S. soil, such as Southern Florida. That has only happened once in U. S. history, in 1959. And it explains, in the year 2012, why, say, a 30-year-old Cuban man is home free if he touches U. S. soil and why, say, a little six-year-old Mexican girl, like Liliana Munoz, is not. But, perhaps, one day the U. S. might get around to at least providing beautiful little six-year-old Mexican (or Haitian) girls a lawyer or some other assistance when they are grilled, without realizing they have done something wrong, in Immigration Courts. Of course, after over a half-century of proselytizing Americans about Cuban issues, justifying Wet Foot, Dry Foot is not necessary. Neither, apparently, is it necessary to justify abusing a little six-year-old non-Cuban girl in a U. S. courtroom.
*************************