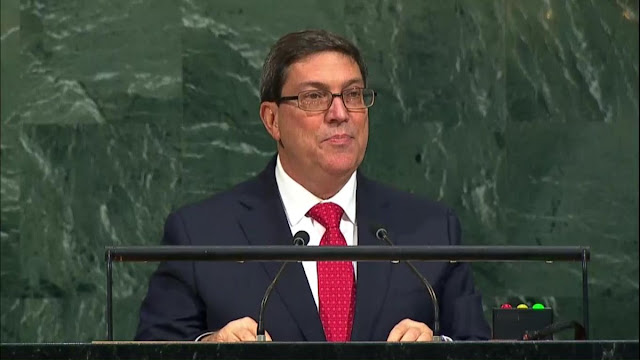 This week - Friday, Sept. 22, 2017 -- Cuba's Foreign Minister Bruno Rodriguez addressed the United Nations General Assembly session in New York. Mr. Rodriguez used the occasion to solicit donations to help Cubans whose homes and most of their other possessions were destroyed by the ravages of Hurricane Irma. 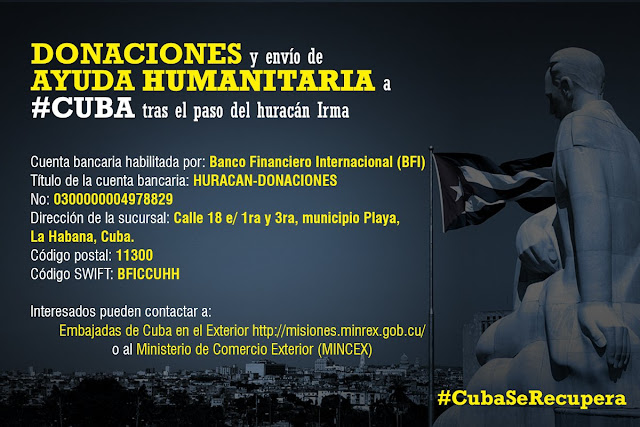 Very innocently and benevolently, Cuba's Bruno Rodriguez displayed this graphic at the United Nations this week to show how anyone wishing to help Hurricane Irma victims in Cuba could donate. He was not demanding anything but just pleading. 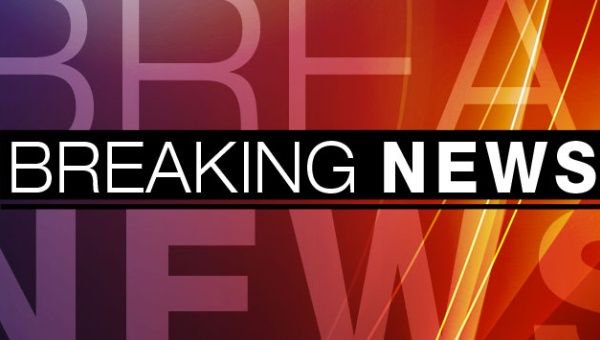 But not everyone thought Cuba's request for donations to help devastated Cubans was either innocent or benevolent!!! 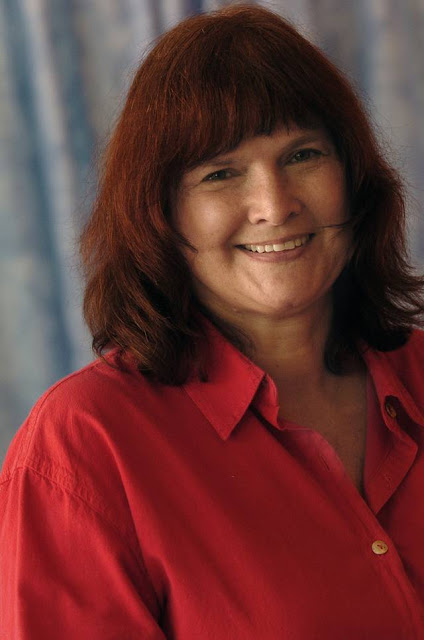 Virtually within minutes of Cuba's fervent plea at the UN this week requesting donations for victims of Hurricane Irma, Mimi Whitefield had penned an article in the Miami Herald with this jarring two-sentence headline: "CUBA SETS UP HURRICANE RELIEF BANK ACCOUNT. U. S. CITIZENS SHOULD BE WARY OF CONTRIBUTING."
Although that vicious reaction in the Miami Herald, which has been dominated by vicious counter-revolutionaries since 1959, is not surprising, I would like to ask Mimi Whitefield this question: "If there was an account set up requesting donations to expedite the embargo's attempt to starve and deprive Cubans on the island to entice them to rise up and overthrow their government, would you then have a two-sentence headline suggesting, by all means, that U. S. citizens contribute to that??? {As I was asking that question I wondered if Mimi Whitefield thinks it is appropriate?}. 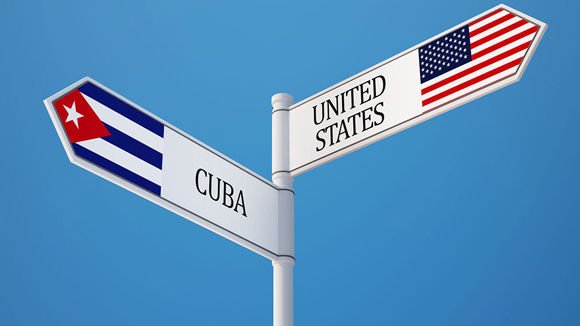 In my opinion...if indeed I'm allowed to have one as a democracy-loving U. S. citizen...the aforementioned Miami Herald headline proves that the already extreme Cuba-U.S. Divide should be wider...much wider. A sovereign island nation trying to go deep into a second half-century surviving against the nefarious plans of vicious counter-revolutionaries hiding behind the skirts of the world's superpower is, I believe, a sovereign island nation that would be better off severing all ties with that behemoth. A tired, tasty lamb trying to sleep with a hungry, vicious lion is, I sincerely believe, a no-win situation.